A Whisker Away: A story of young love, cats, and pottery.

A Whisker Away: A story of young love, cats, and pottery.

A Whisker Away is a heartwarming fantasy Japanese animation. Miyo Sasaki is a junior high school student who has a crush on her classmate, Kento. When a classmate exposes her love letter to Kento, he rejects Miyo in embarrassment. Miyo gets depressed and is offered a mask that allows her to turn into a cat, which she uses to get close to Kento. She finds being with him as a cat is better than not being with him at all, and her humanity begins to fade.

This story takes place in Tokoname, a city not far from Nagoya. Tokoname, located on the west coast of the Chita Peninsula, has been a famous producer of pottery in Japan since ancient times. The Tokonari-yaki pottery produced here is one of the oldest and most famous types of pottery in Japan. The area is littered with pottery kilns and known as the home of Manekineko (a lucky cat), tying together the inspiration for the cat mask and Kento's love of pottery.

So let's take a look at this often-overlooked city.

Before we go, grab a map of the film locations!

There is a special section for movies at the tourist plaza in Tokoname Station. In addition to selling cat masks and other products, you can also get free tour maps. Tour maps are available not only at the tourist plaza, but also at the pottery hall (inside the pottery promenade), AEON Tokoname Store (2F), and the Commerce and Industry Tourism Division (1F of Tokoname City Hall).

The official movie location map lists the route below. 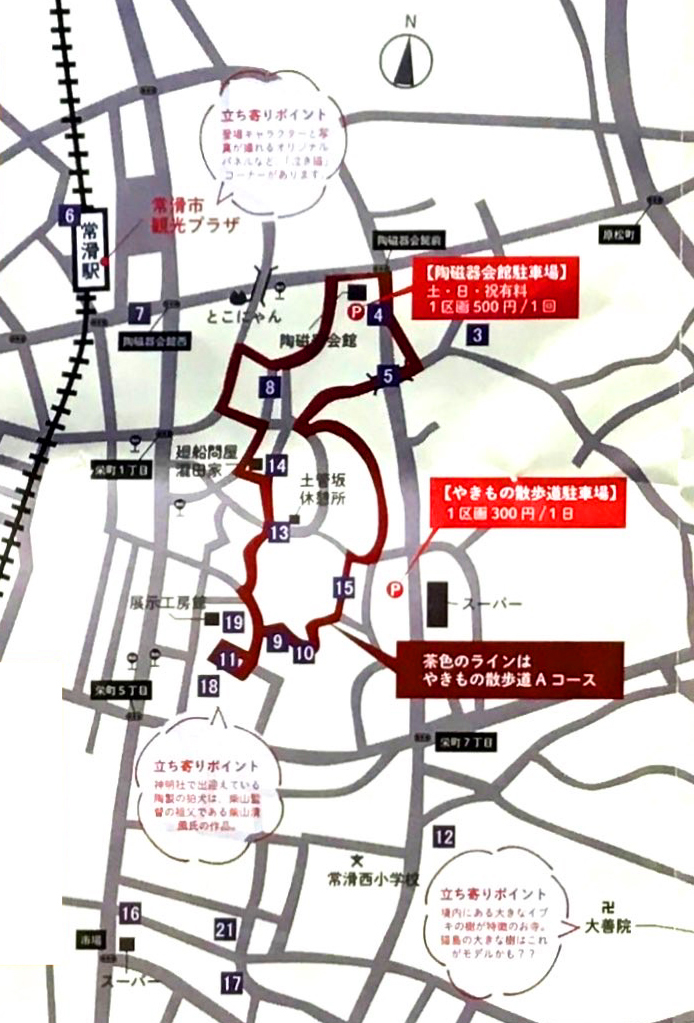 The movie location route takes about 3 hours, most of the attractions are within walking distance of stations; however, there are many steep sections, so remember to wear good walking shoes. Also, some of the sights are inconspicuous and easy to miss if you're not paying attention, so we recommend you use Google Maps to find them.

A: Meitetsu Tokoname Station, one of the places Kento searched for Miyo (6) 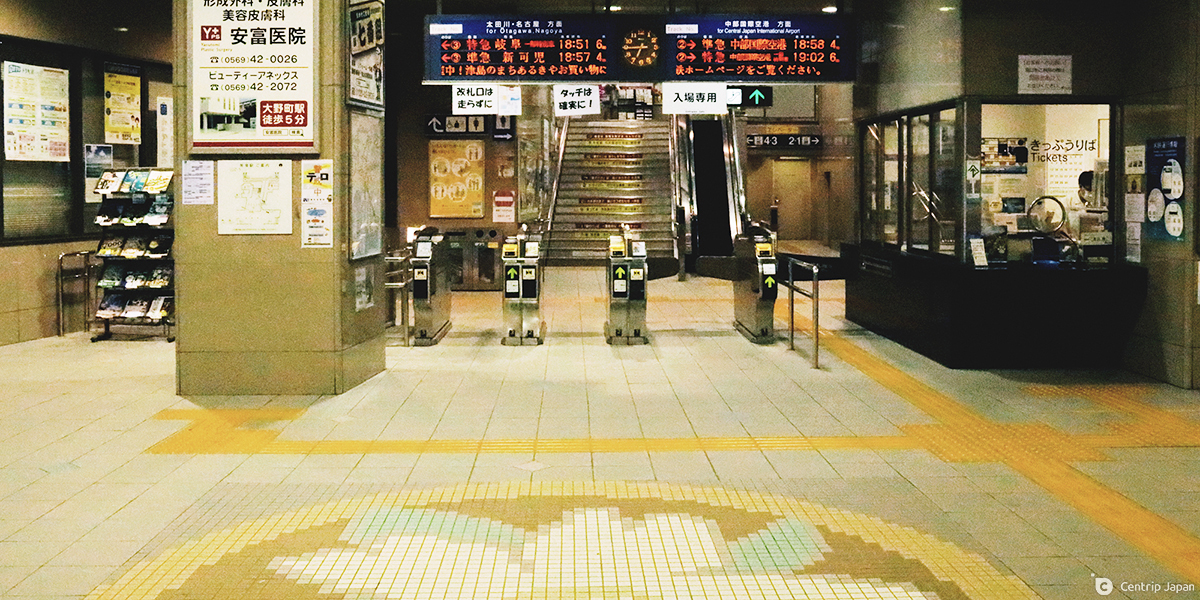 Traces of the movie can are all over the station. You can walk straight out of the station to the tourist plaza. 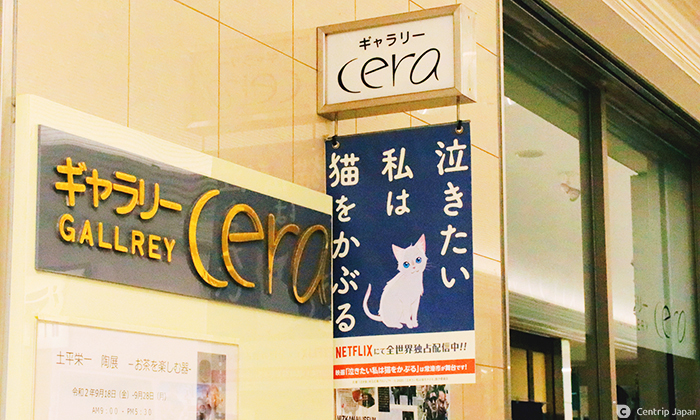 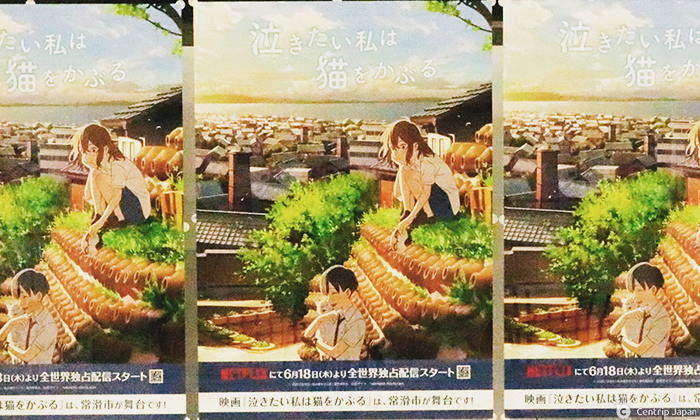 B: A place Kento passed through when he was looking for Miyo (7)

This is the West Road entrance to the Pottery Barn. If you want to film the scene from the movie, you need to film it in the crosswalk. So please be careful. 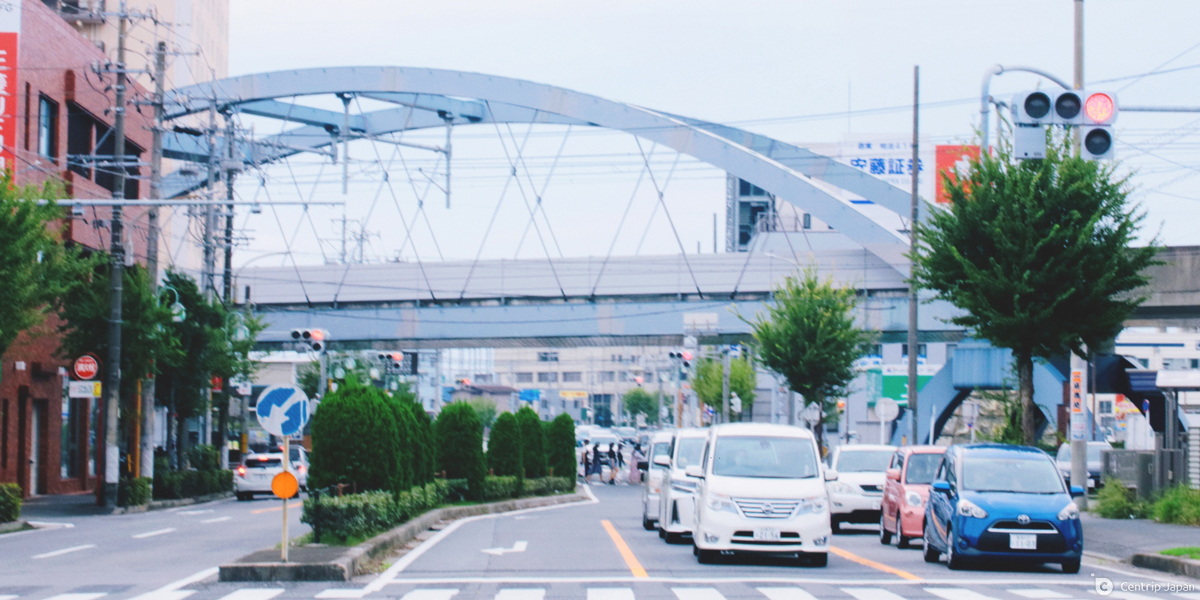 C. The path you must take to visit Kento when Miyo becomes a cat (4)

The bridge looks like it's made of masonry, it's called Ichiki Bridge. 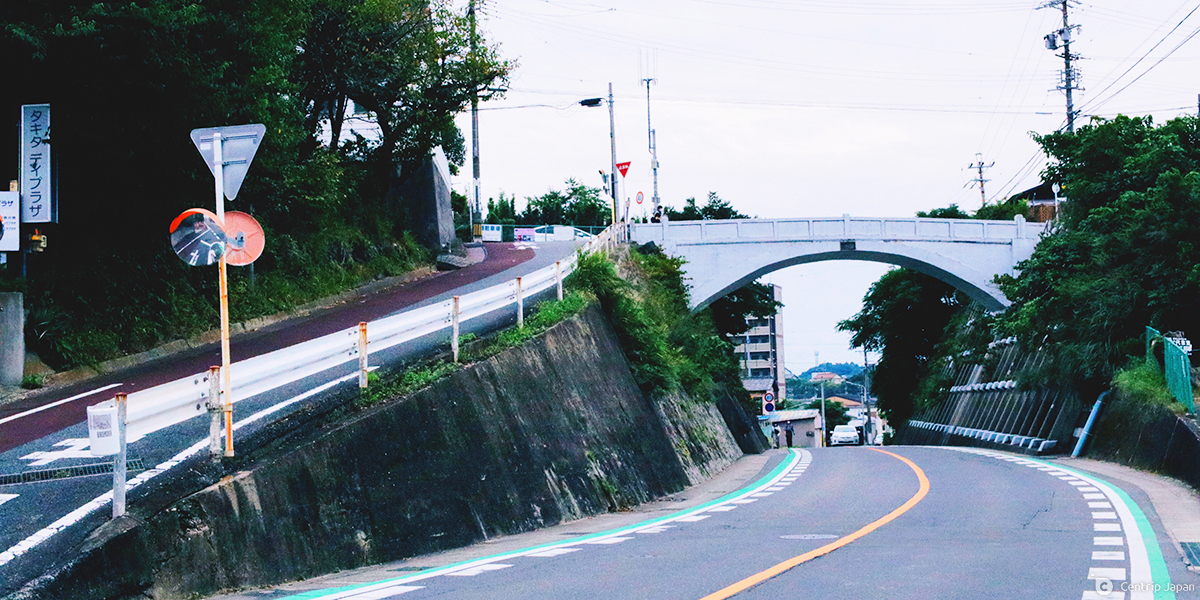 D: The intersection where Miyo and her friend came home from school (3)

This small shrine is located on the east side of the Ichiki Bridge, and takes about 3 minutes to walk to. 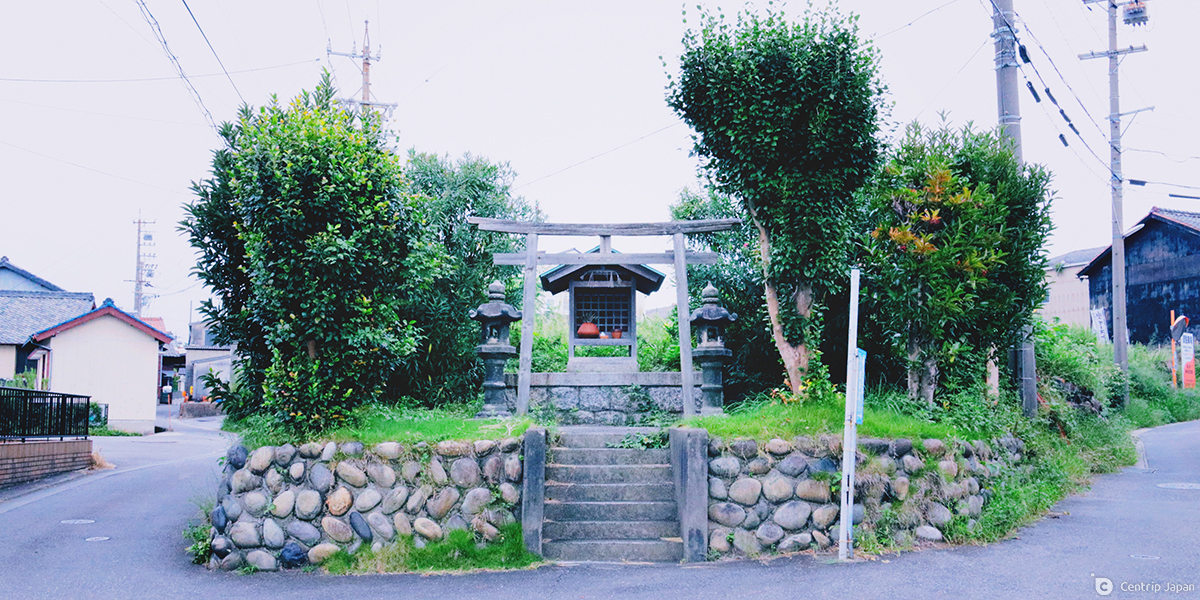 This is actually a view from a wooden bridge in the distance. 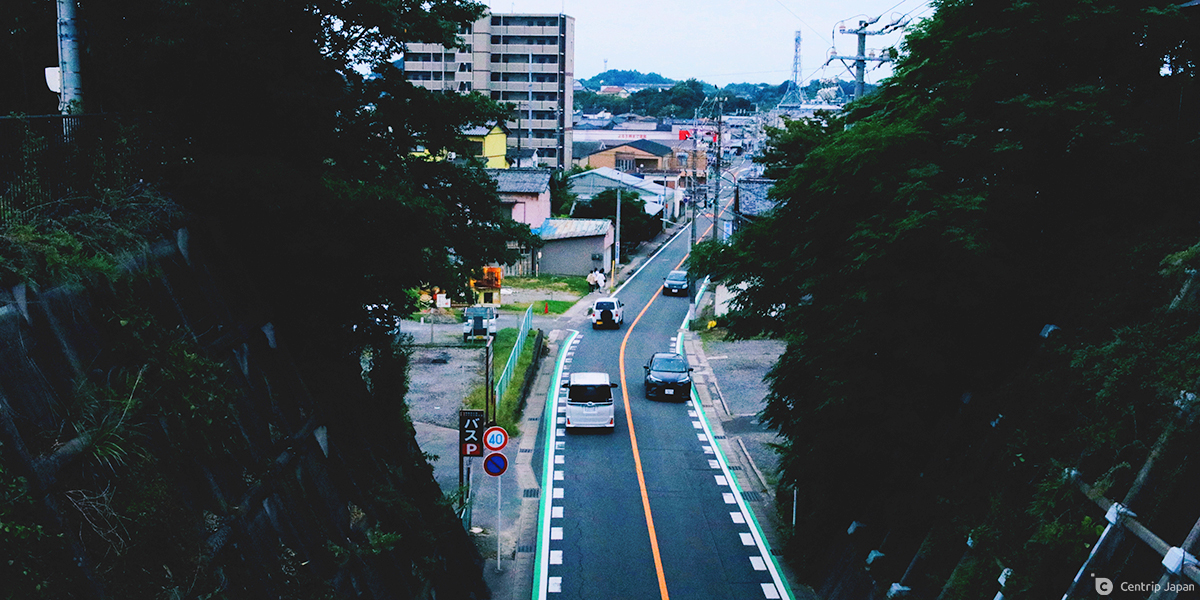 F: The road that Kento passed through when they were looking for Miyoshiro (8)

At this cafe, you can experience making pottery. You can find such cafes everywhere along the ceramics promenade. If you are tired of walking, why not go to a foot bath cafe not far from this cafe? 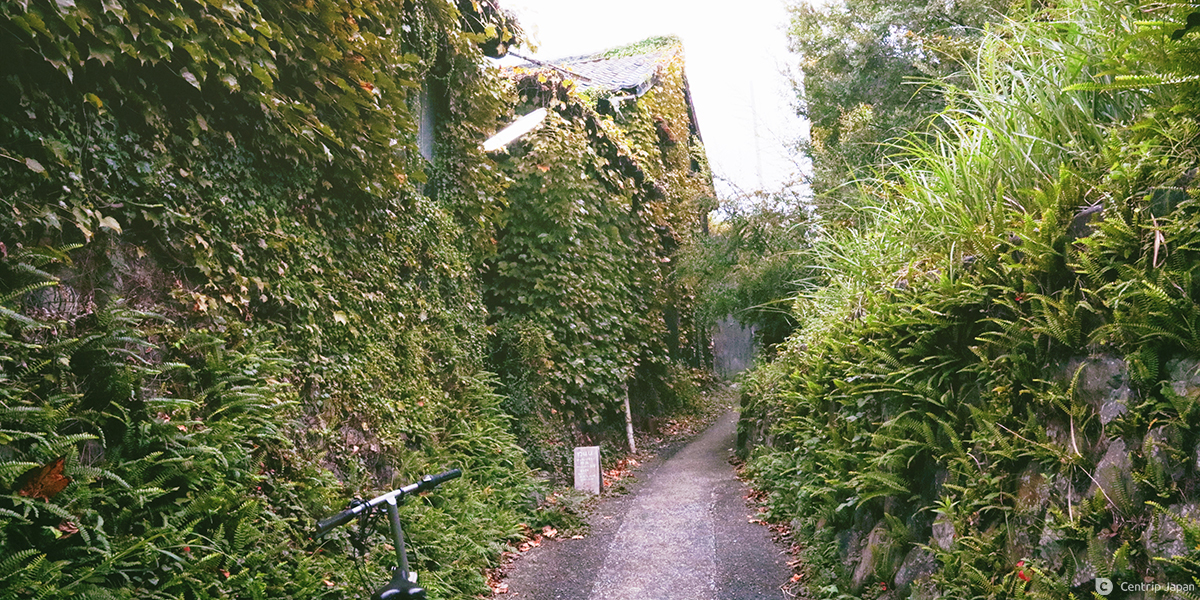 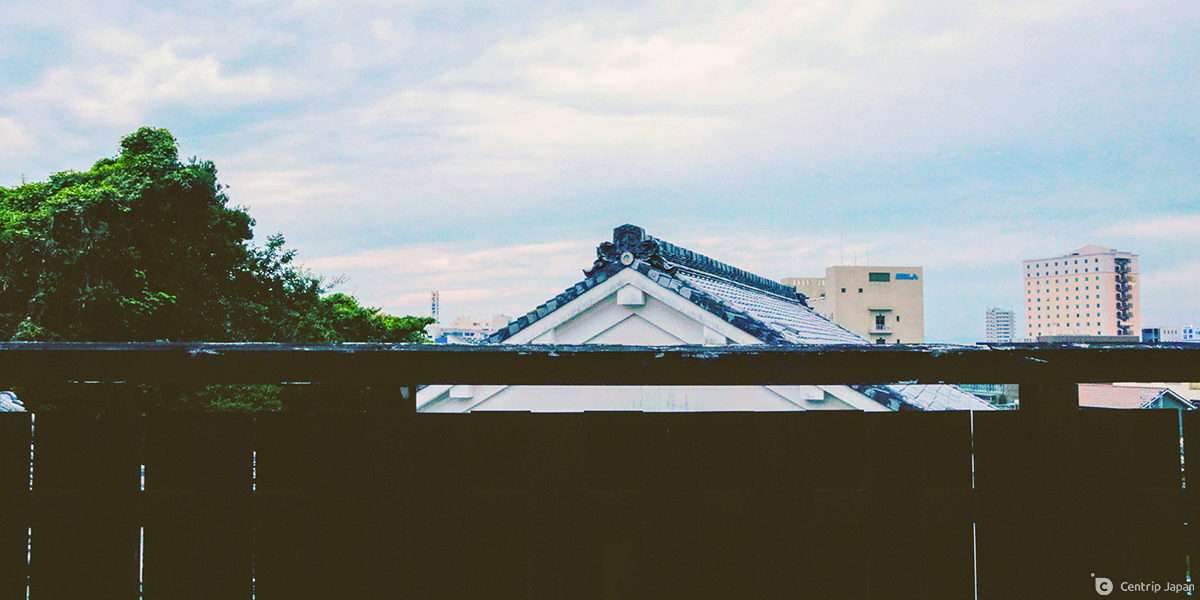 The Kaisen outside of the Takita family's house refers to the transportation of goods and passengers between ports. The Takita family was engaged in this business from the Edo to the Meiji era. 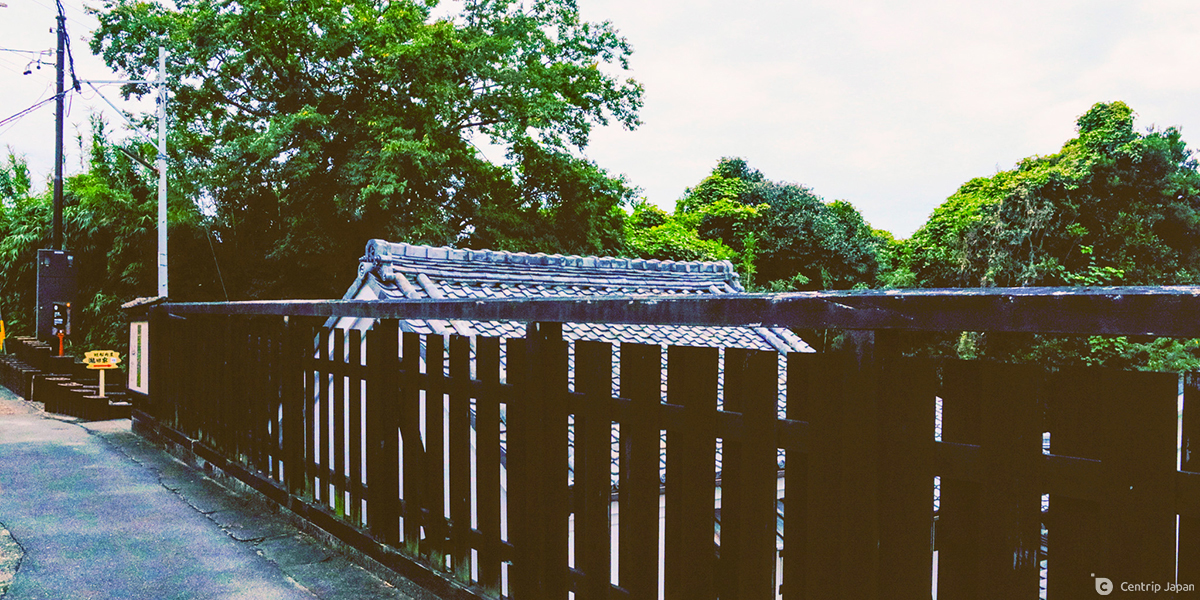 When Miyo becomes a cat she returns home and encounters the big cat that asks her if she wants to live as a cat forever. 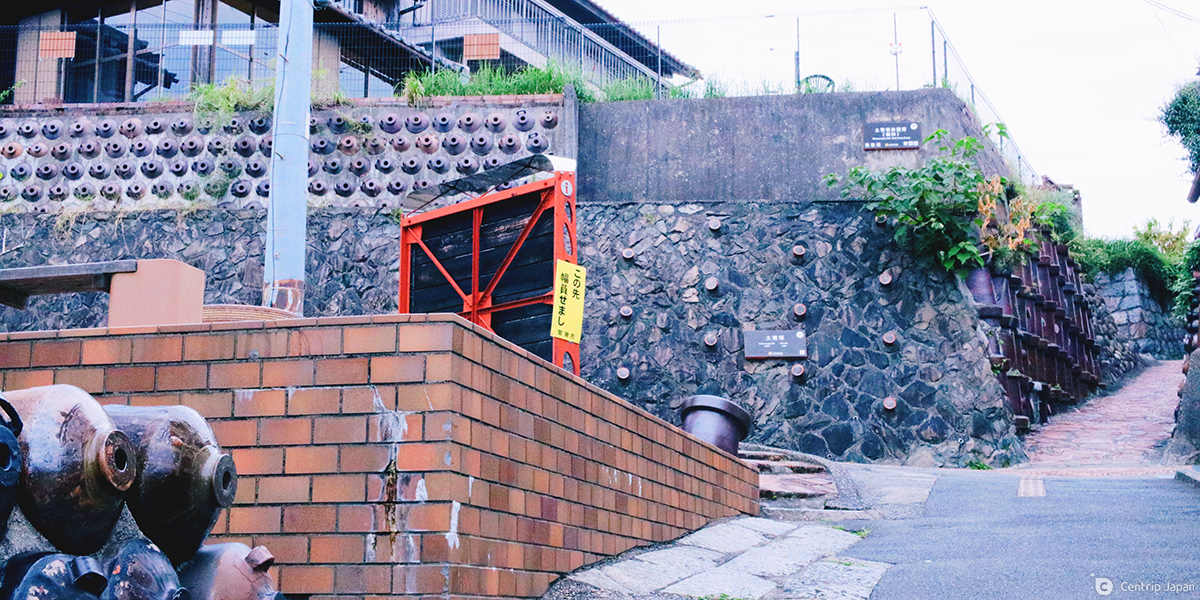 This is a small park on the way to the ceramic walkway. 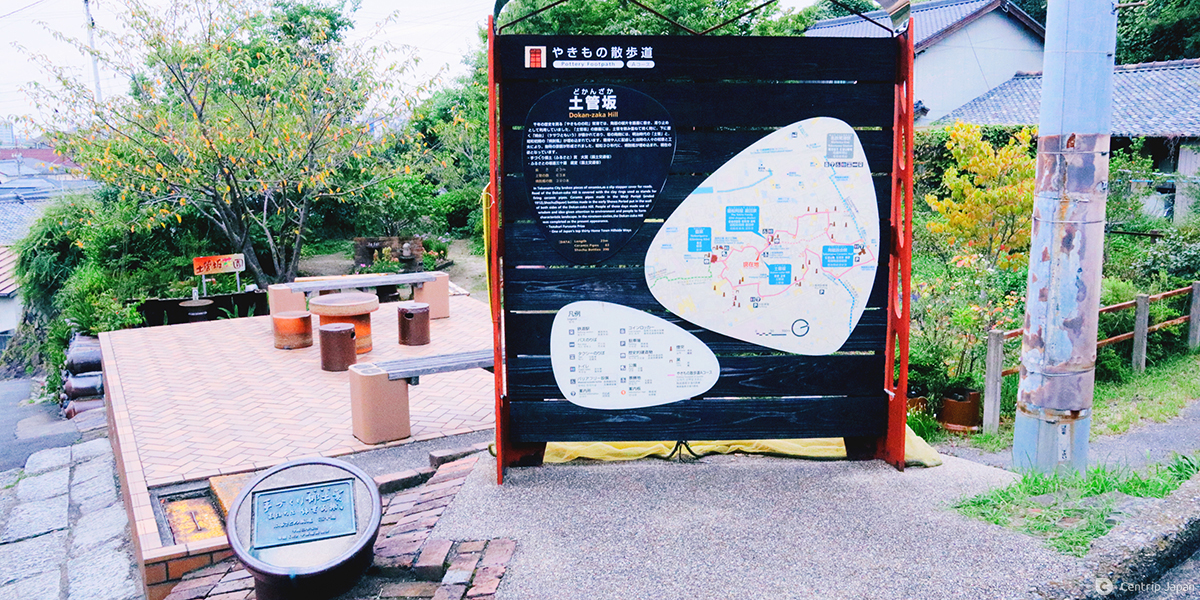 When Miyo was trying to get rid of the big cat, she also walked along the Dobunzaka path. The Dobunzaka rest house is near here. 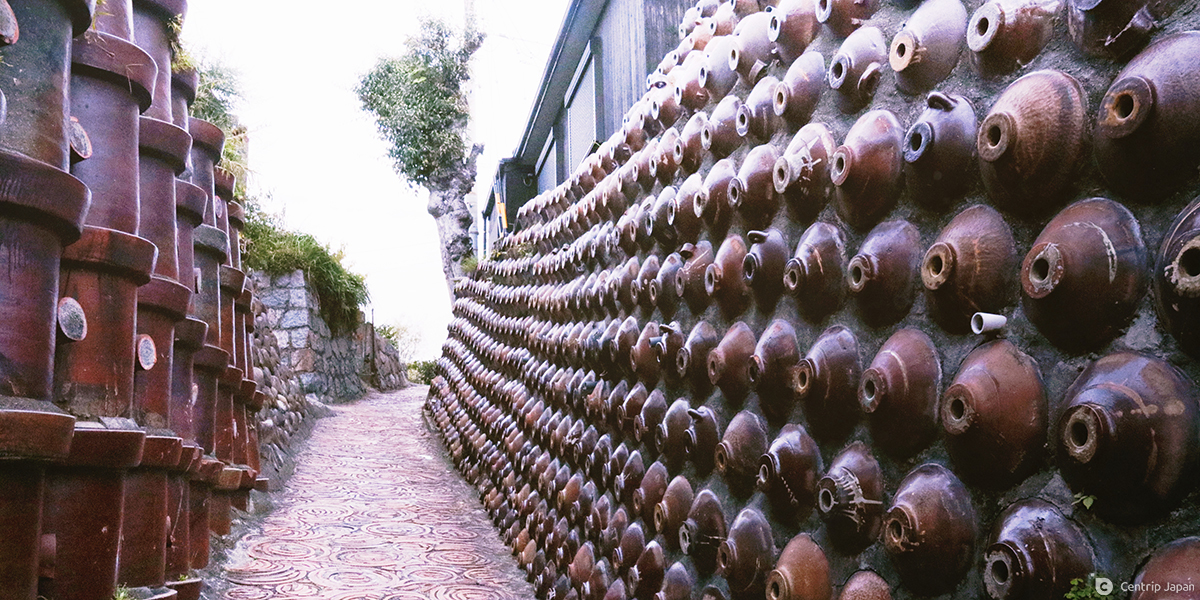 I: The place where Kento called his mother (15)

There are a lot of mosquitoes here, so don't forget to bring mosquito repellent when you come. 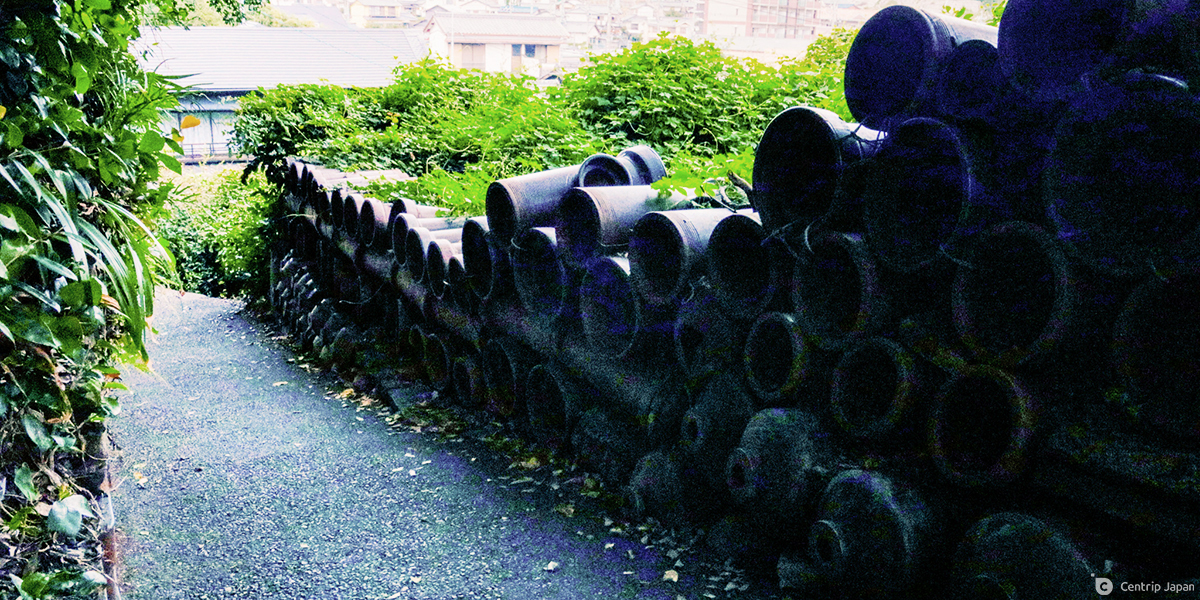 J: One of the places Kento passed by when he was looking for Miyo after her disappearance (10) 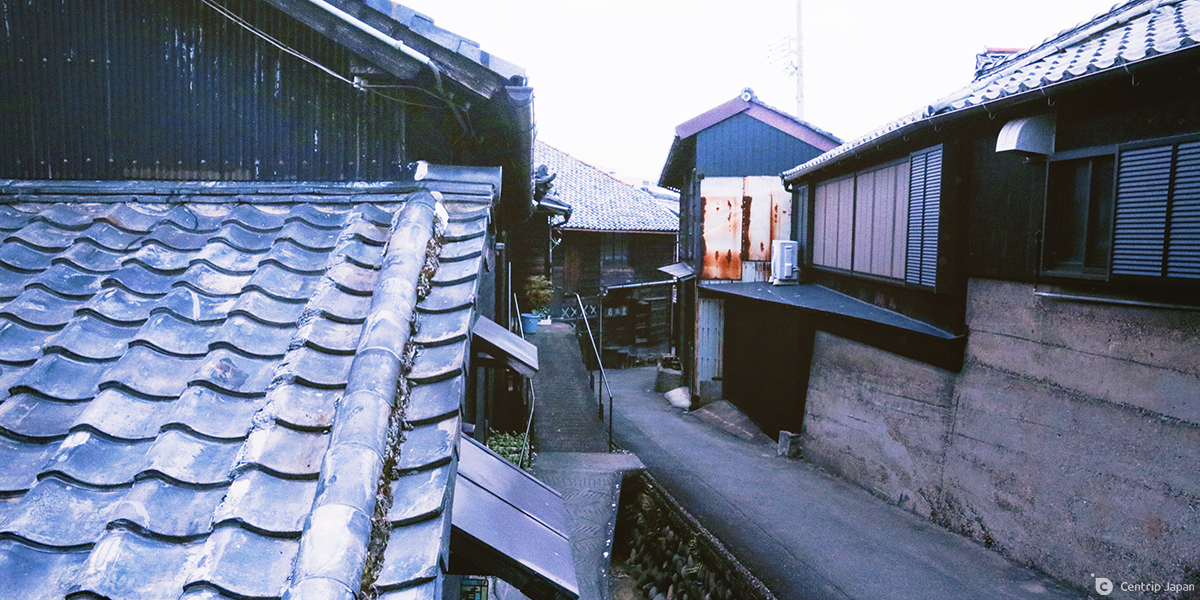 K: The road from Kento's house to the potter's workshop (9)

But it's farther away from the original site of the Kento Family. 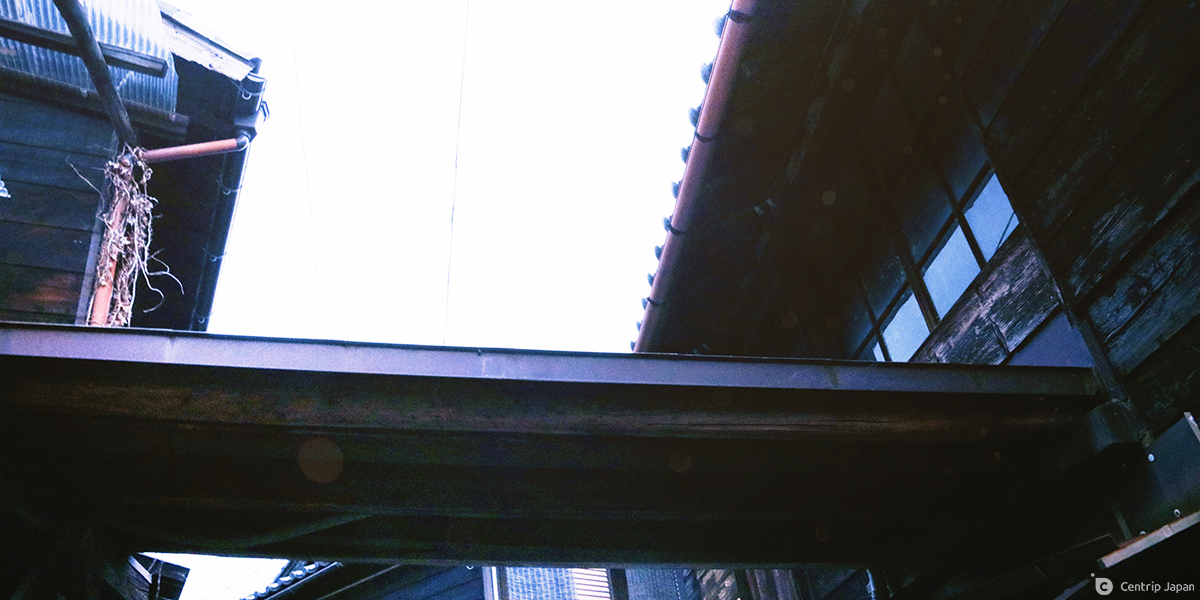 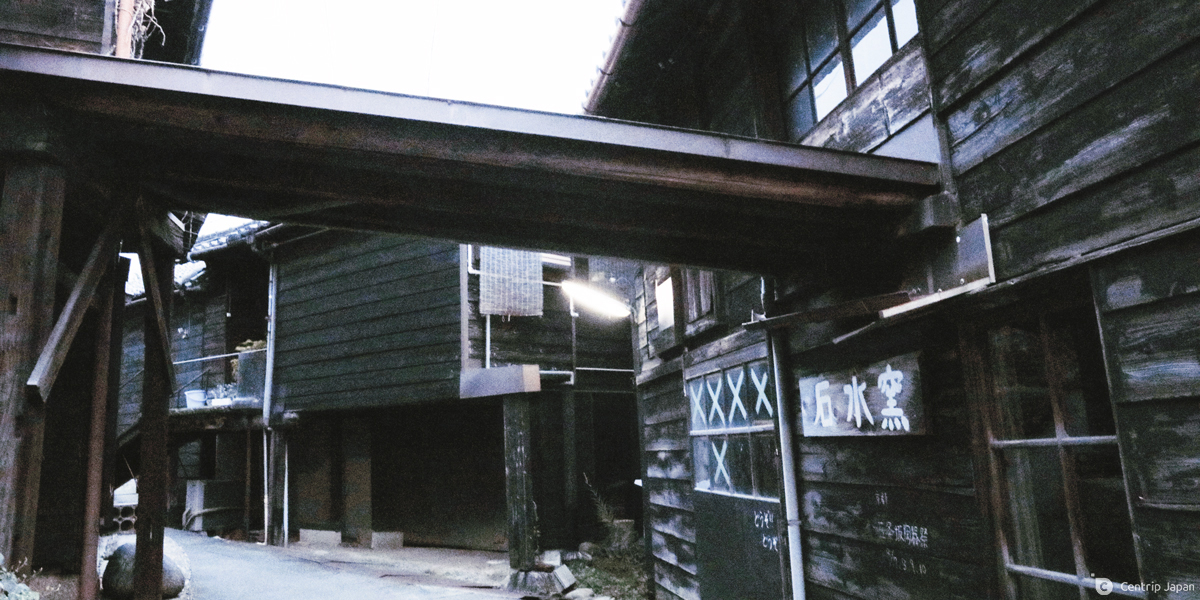 L: The place where Miyo met Kento to watch fireworks after turning into a cat (19) 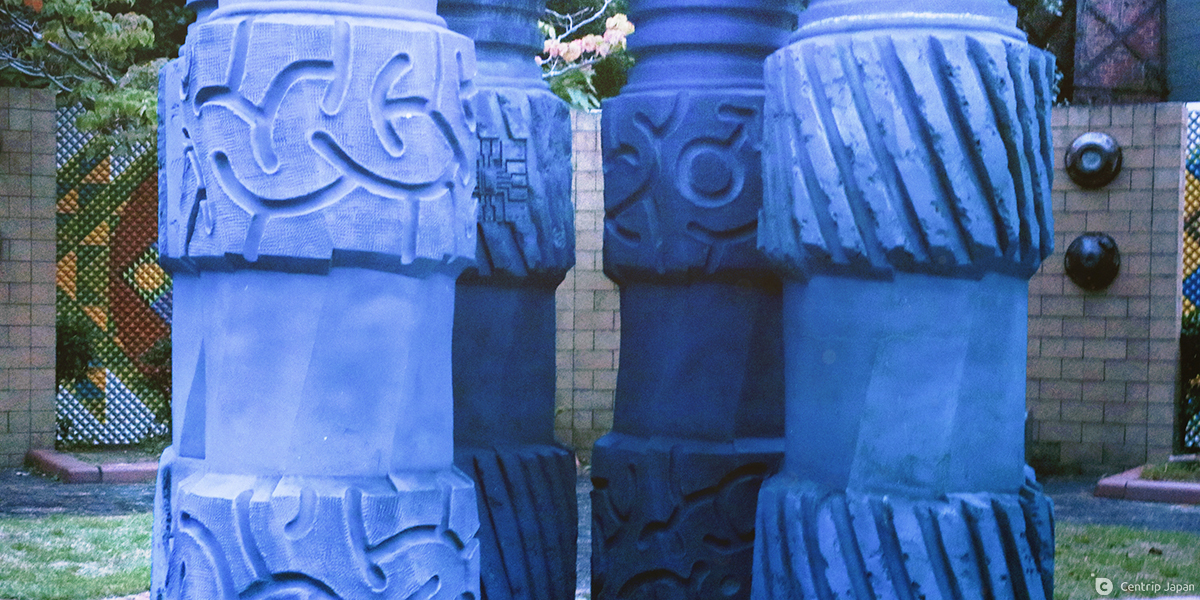 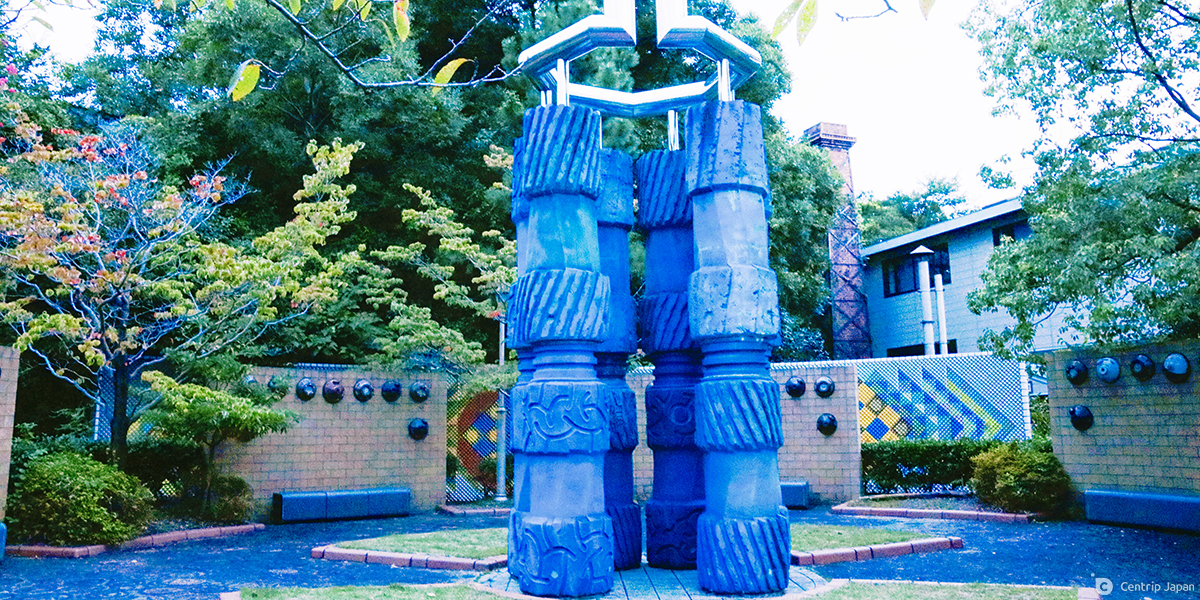 M: The road that Miyo passed through when she turned into a cat to escape from the big cats chasing her (19)

This is the back part of Climbing Kiln Plaza. 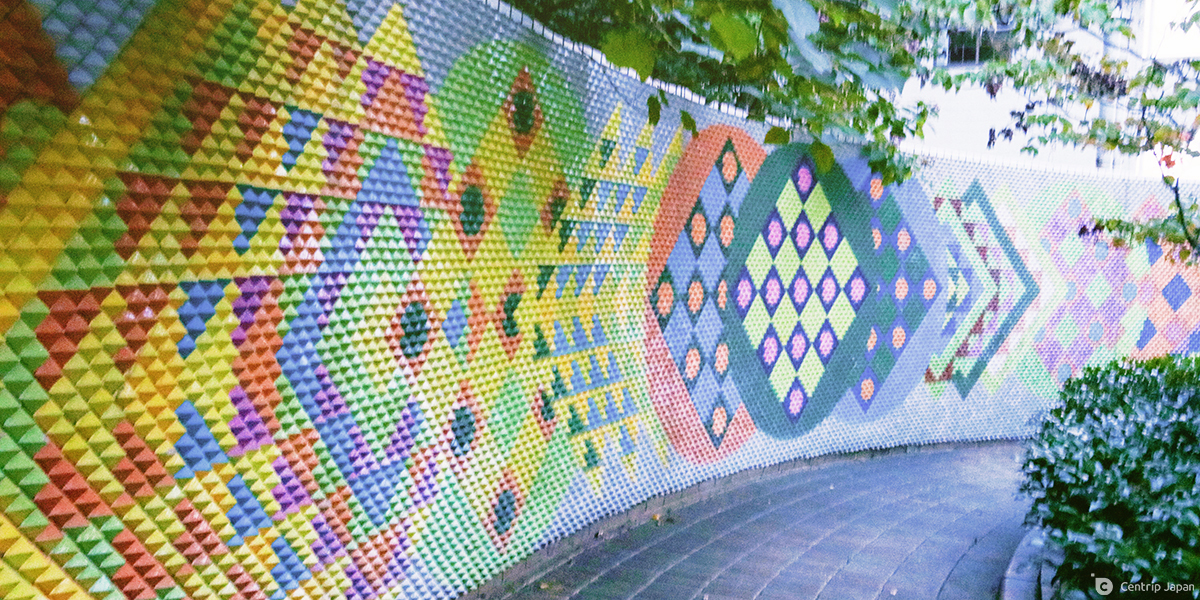 There is a ceramic chimney at the end of this road that is decorated. I wonder if a big cat will inadvertently scurry out of here and ask if you need a cat mask. 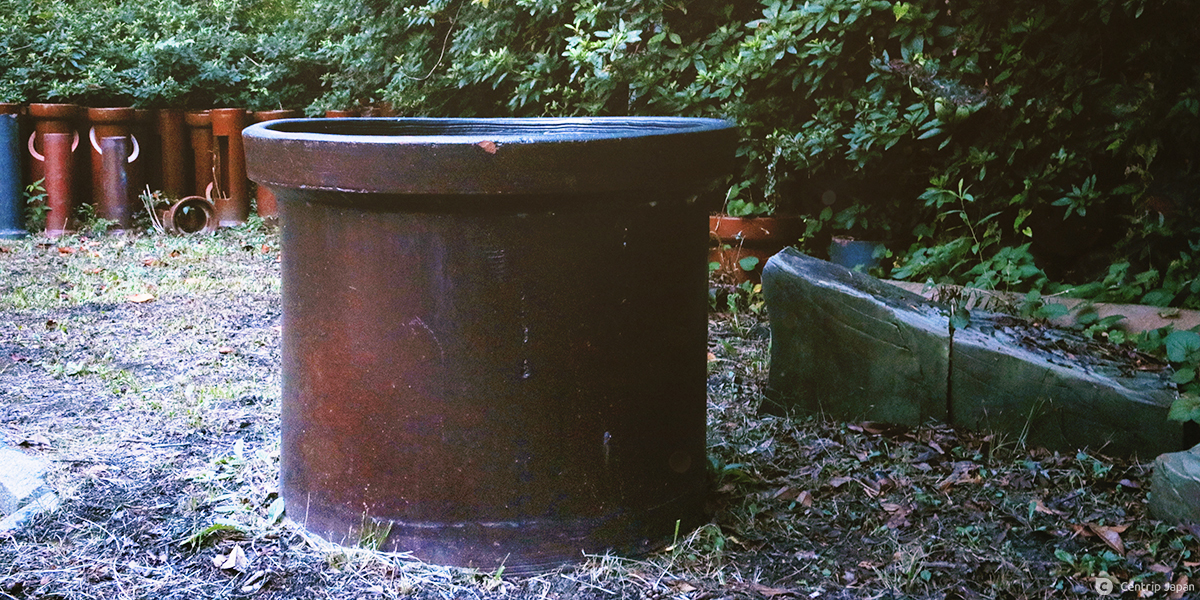 This is a type of kiln that was built on sloping terrain. The kiln was built in 1887 and was still in use until 1982, making it the largest remaining kiln in Japan. It is now recognized as a national tangible folk cultural property. Visitors can also visit the kiln. 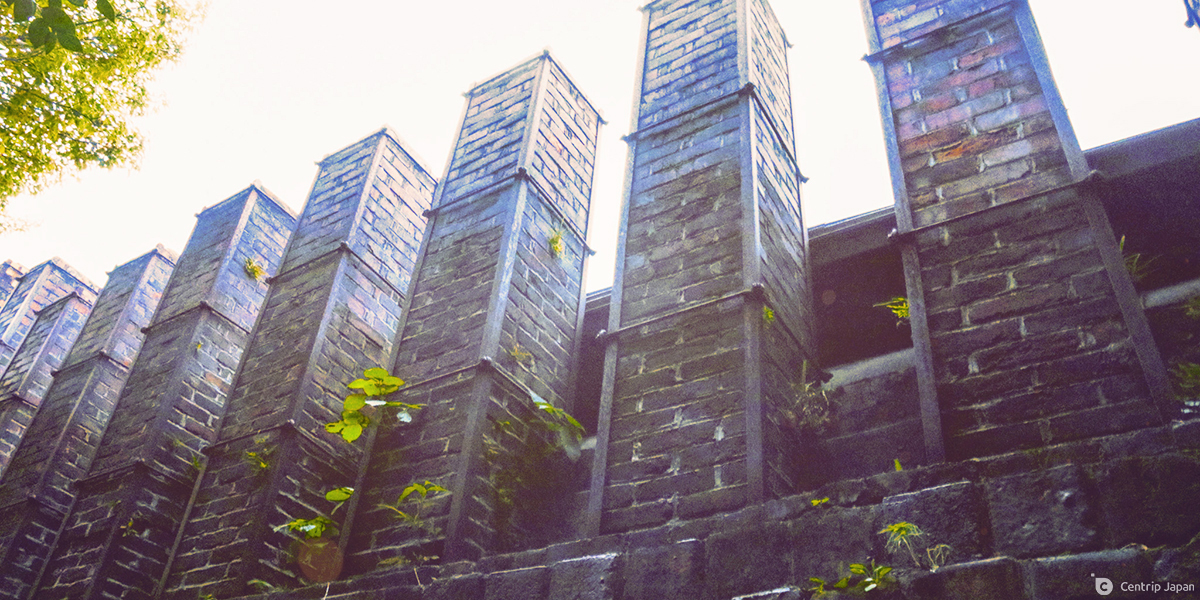 O: The approach to Shinmei Shrine (18)

This is both the beginning and end of the story. This is where Miyo first met the big cat who gave her the cat mask. 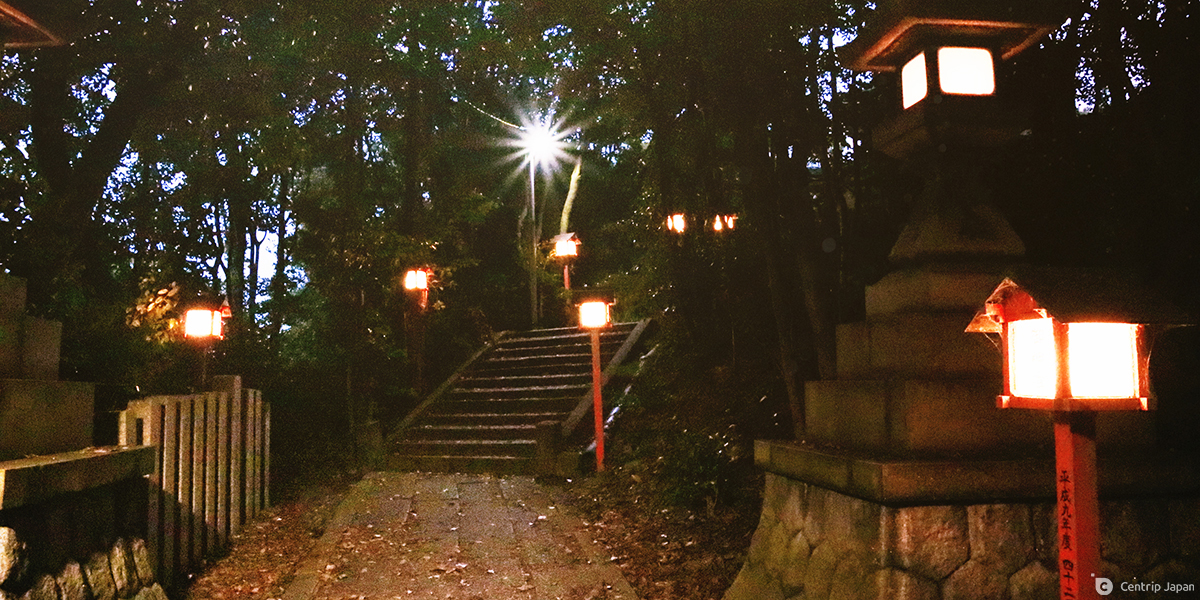 P: The approach to Shinmei Shrine (18)

It is also where Miyo saw the red line in the cat world after her transformation. 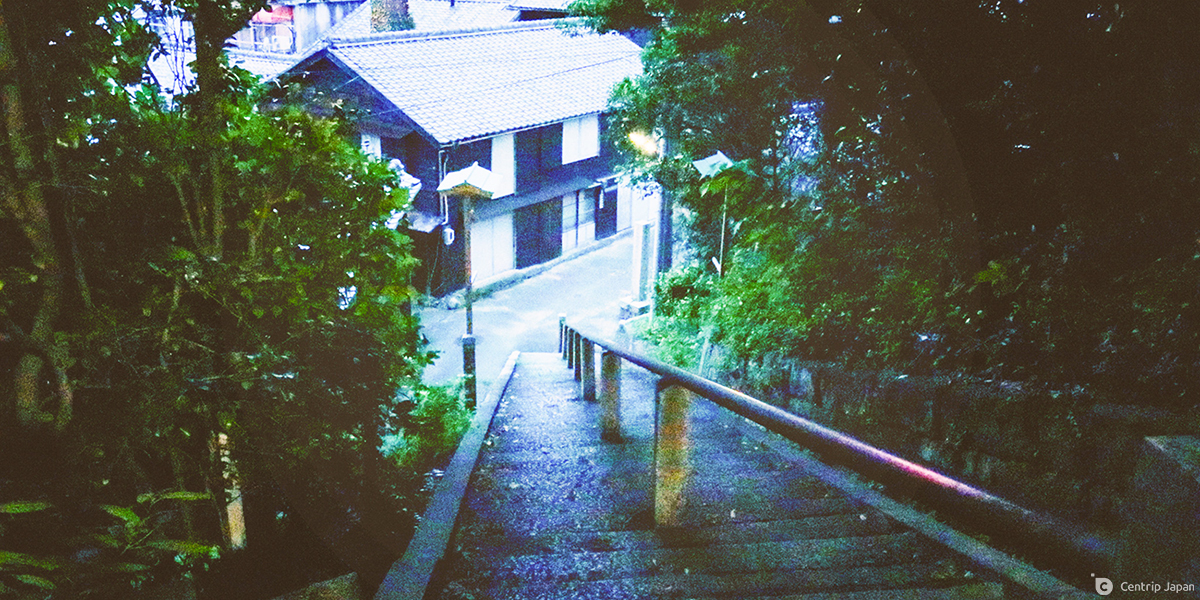 Shinmeisha is located at the highest point of the ceramics walkway, where you can see the entirety of Tokoname City. 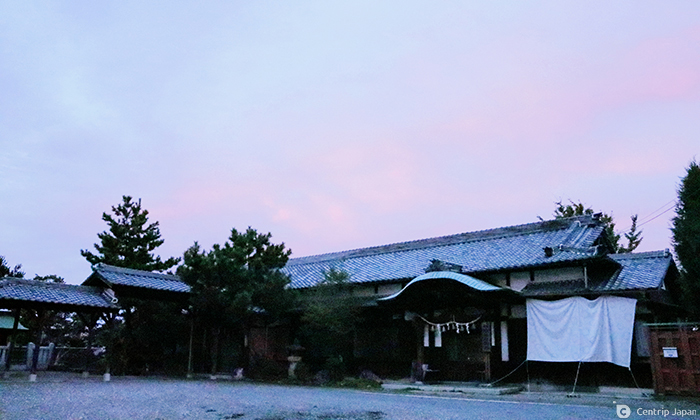 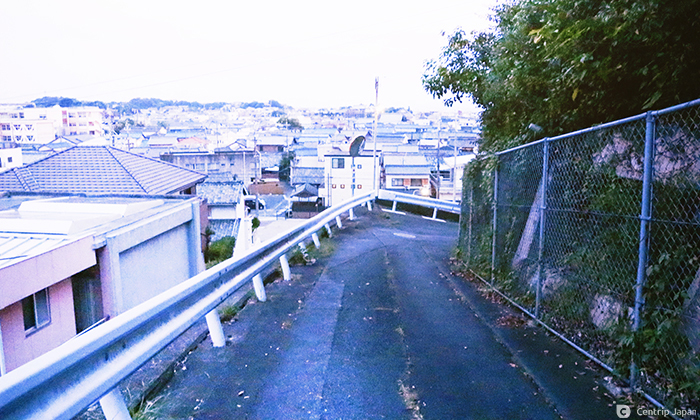 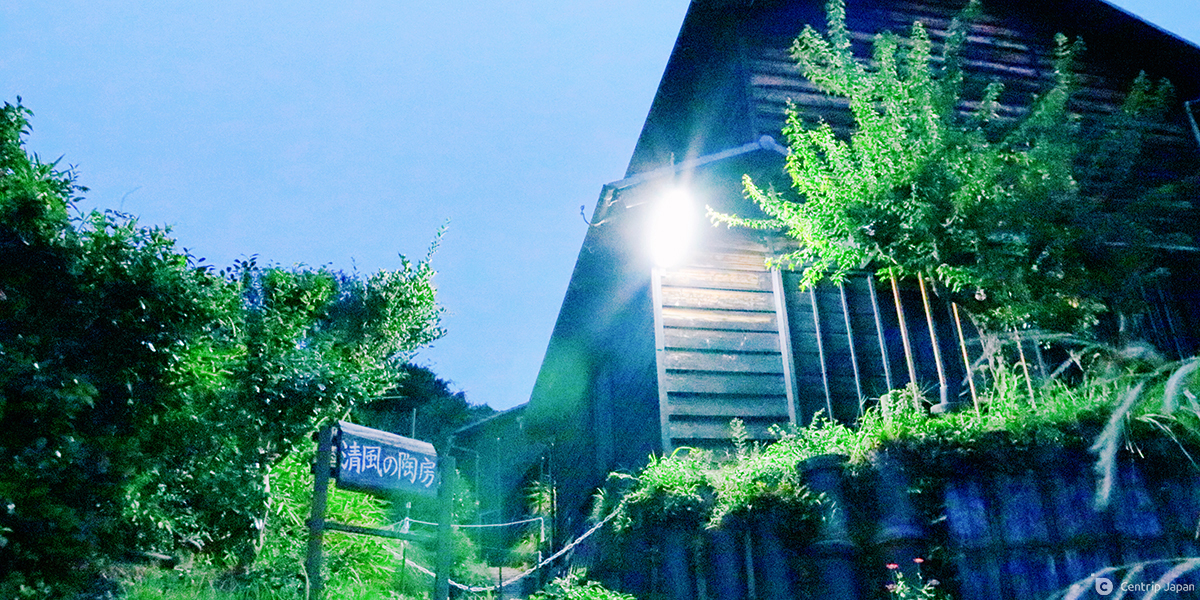 As it is inaccessible, you can only get a rough outline from the outside. This is Seifu's studio. It is named after Seifu Shibayama. Seifu Shibayama's wish was to make a thousand statues of Kannon Buddha, but unfortunately, he stopped at the 933rd statue when he passed away. 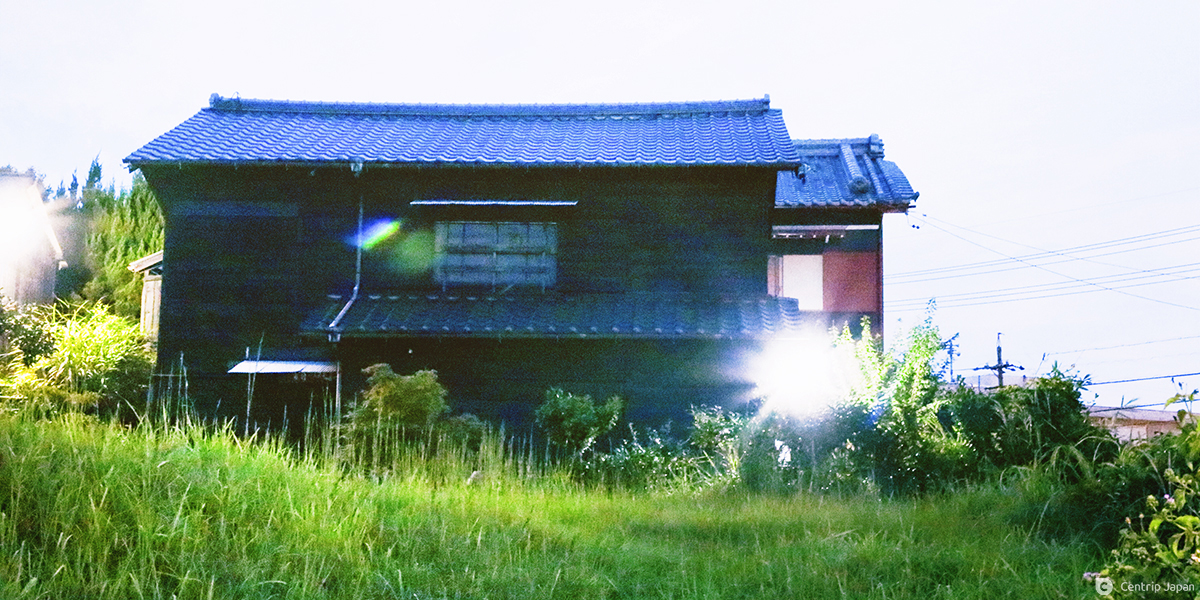 If you liked the anime movie A Whisker Away, then you might want to check it out in Tokoname. Follow in the footsteps of Miyo and Kento and explore this city full of history and fun. Take a hike up to the top, take a break at a cafe, or just relax and create some unique pottery.