When talking about the Japanese Cuisine, what is the first thing you think of?
Maybe it will be the Izakaya(居酒屋), the Japanese bar which often appears in Japanese dramas.
Or it could also be a traditional Japanese restaurant.

There is however another option: the “Nouveau Japanese Cuisine”. This mixes the features of Japanese and western cuisine.
It is a little difficult to imagine it without actually tasting it, so today I will go to a nouveau Japanese cuisine restaurant named Shingetsu(心月). It is near Imaike(今池) in Nagoya. Its specialities are Owari(尾張) Beef and Soba(蕎麦). 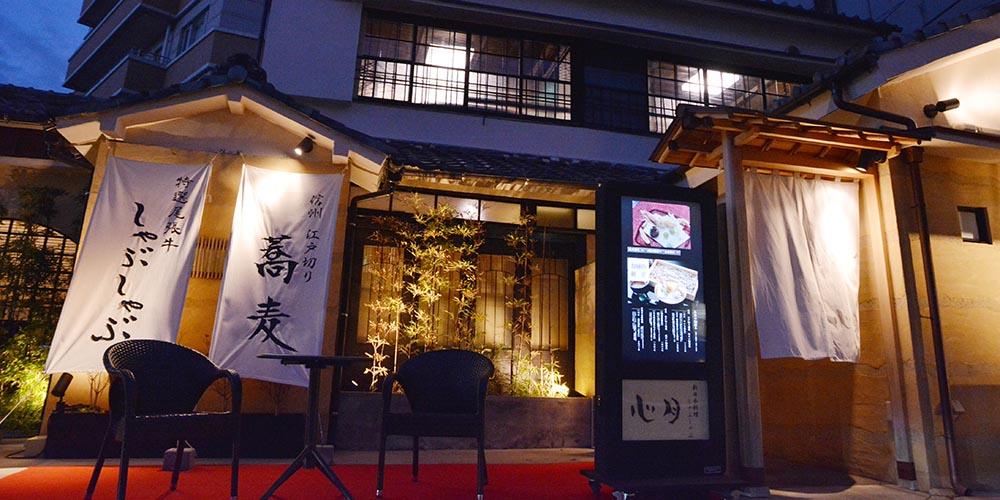 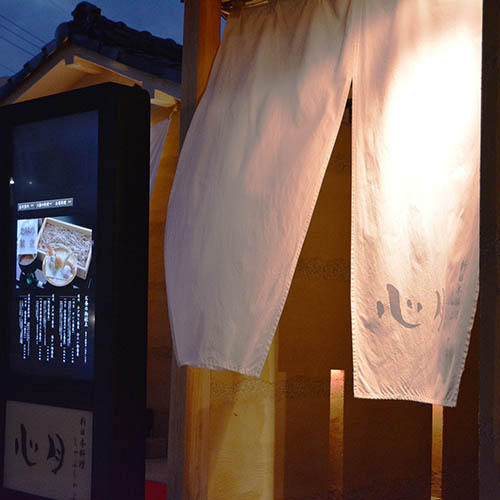 What do you think? From the outside, it looks similar to a traditional restaurant. The curtain at the entrance and the orange light from the window both give off the atmosphere of the Showa period. 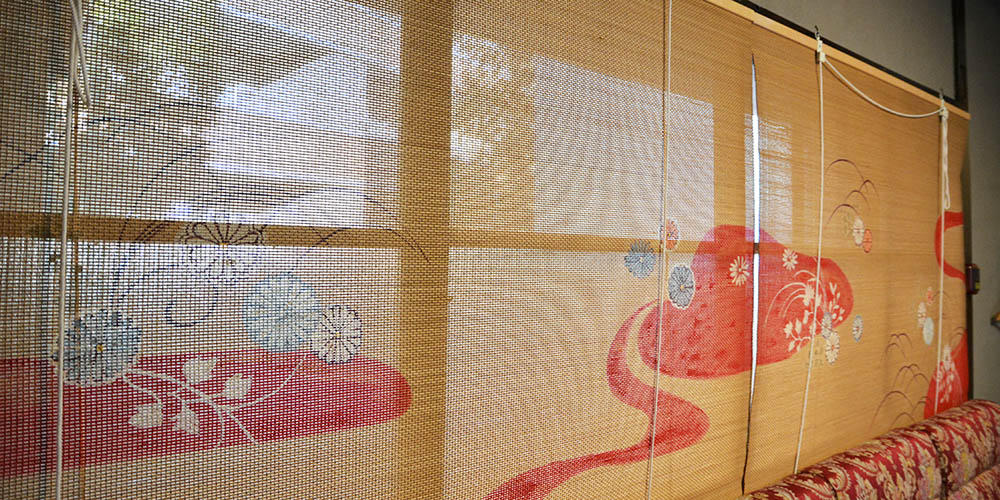 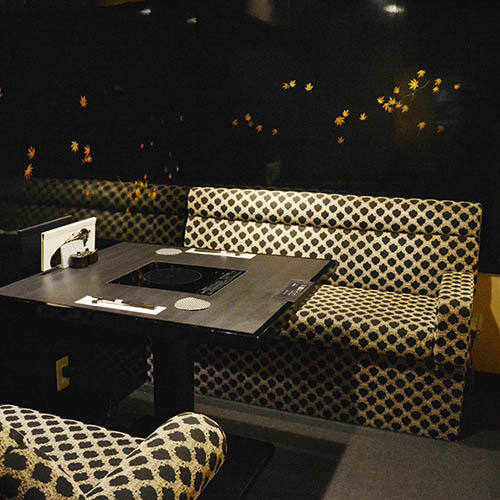 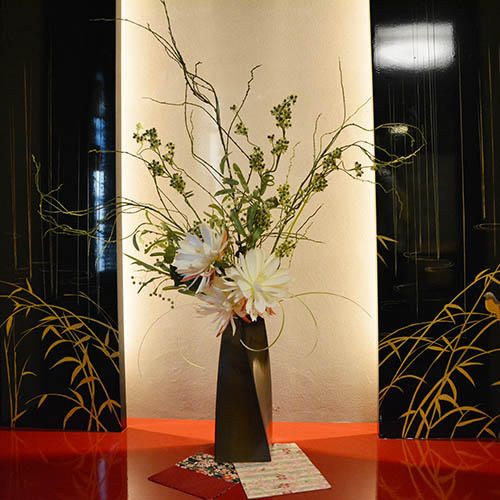 According to the owner, this restaurant was an old private house for over 50 years. On one hand, the roof and some other places have been kept in their original state until now. On the other hand, the furniture is in western style instead of tatami(畳). 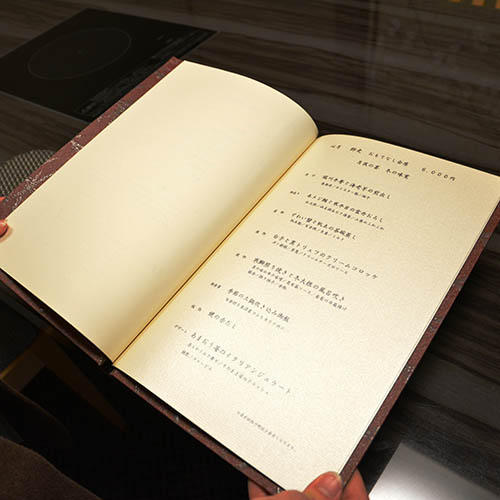 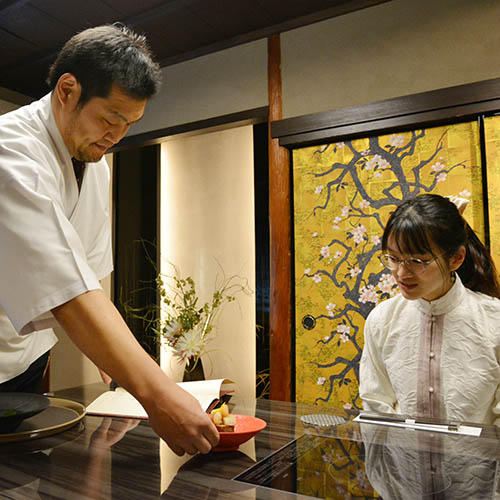 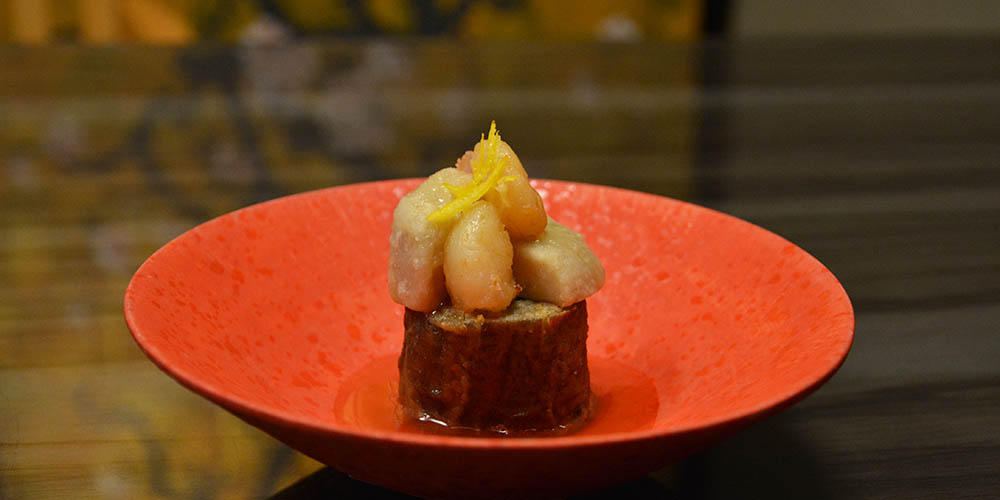 Ok, let’s get to today’s topic: cuisine!
The menu is made with Japanese traditional paper. But the style is totally western.
The first dish! There are some taro and shrimp on the burdock root with some sweet sauce. Adding a little grapefruit improves not only the taste but also the appearance. What a perfect antipasto! 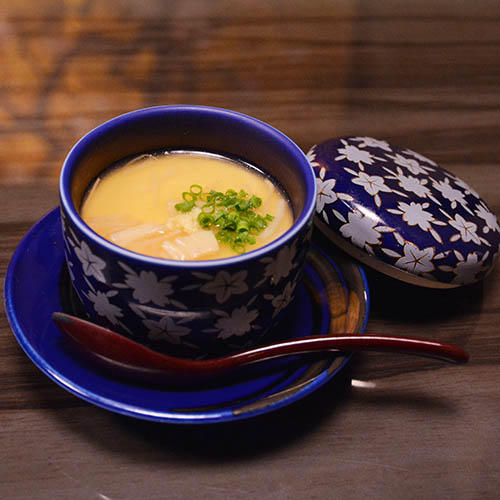 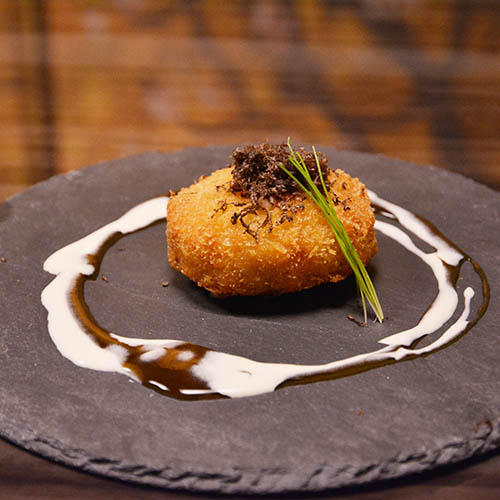 And up next is chawanmushi(茶碗蒸し) and cheese croquette. The chawanmushi looks almost the same as a regular one. The difference becomes clear when I begin to taste it. There are some lily roots and crab hiding inside, which make it more delicious. For the croquette, the soft cheese inside warmed both my body and heart. It’s irresistible! 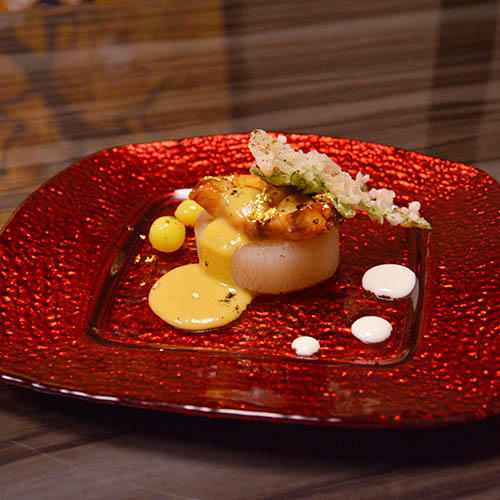 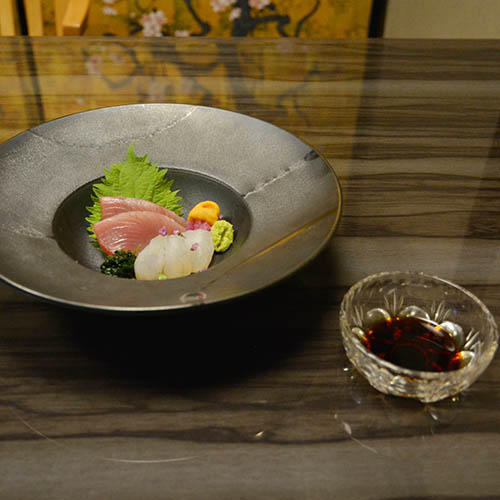 Oh, there is a December special (i.e. served only in December) dish. Look at the red plate and the green vegetables. Christmas is coming!
The Sashimi(刺し身) are Japanese amberjack, tuna and sea urchin. With the fresh wasabi, it is as fresh as possible. By the way, an interesting thing about the Japanese amberjack: its name in Japanese will be changed every time when the fish becomes bigger and heavier. 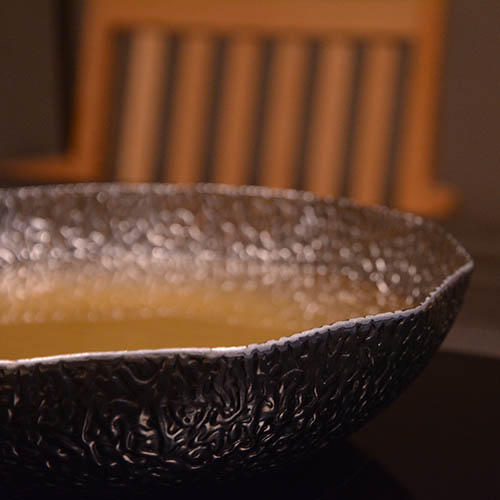 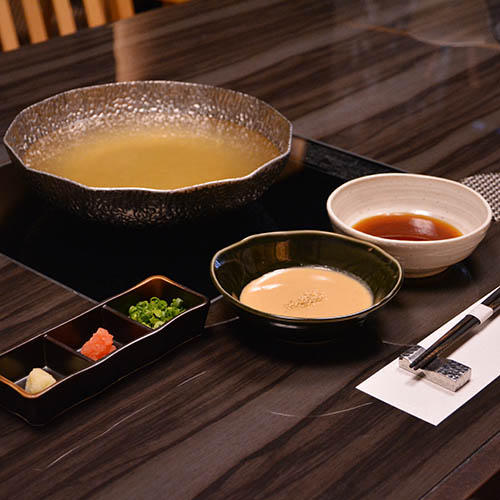 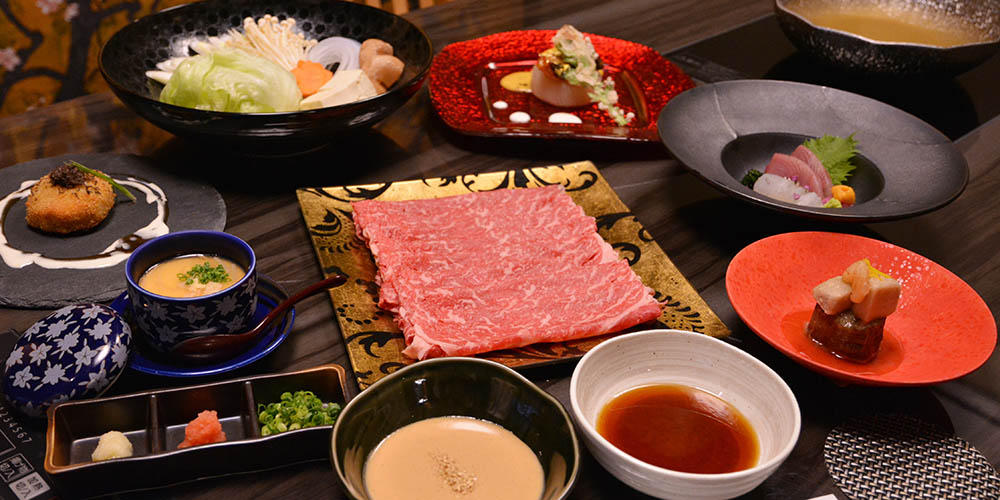 Finally, the dish I’m looking forward most is on the way : The Owari Beef. Owari was a province of Japan in the area that today forms the western half of Aichi Prefecture. Owari Beef is not as famous as the Kobe version. But there is one thing I will never be able to deny: the meat taste! 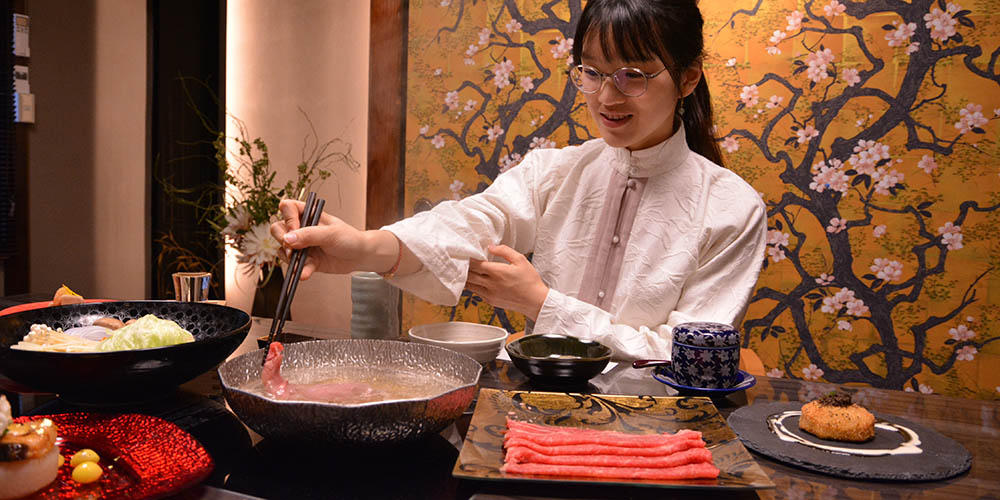 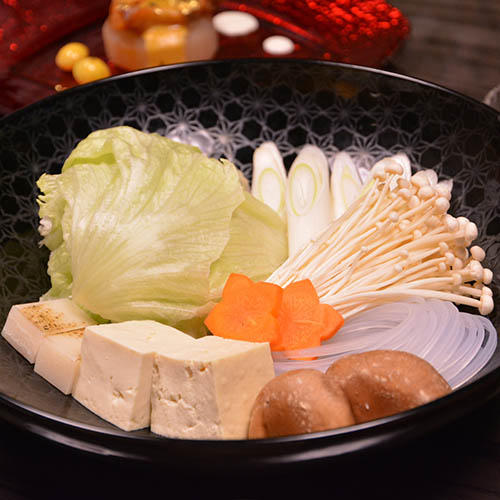 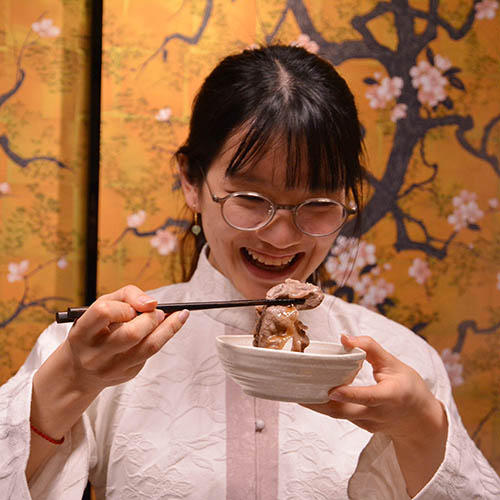 I can’t wait anymore! Let’s dig in!
I figured out that it is impossible for me to find a word to describe its taste. It is full of the beef taste, much more than normal. After the beef, there are still some vegetables. 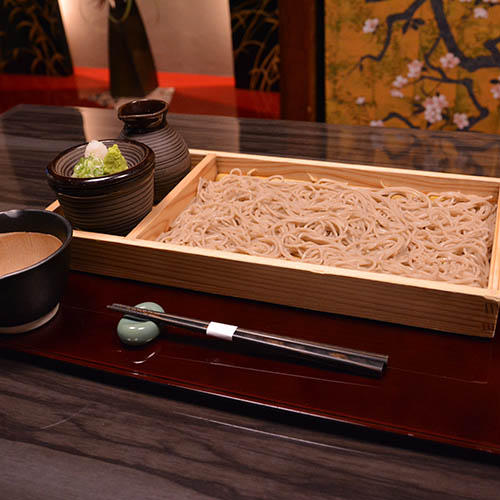 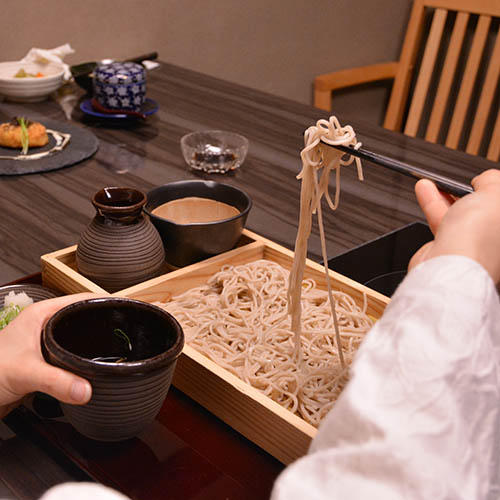 Of course, it is worth trying the soba(蕎麦) too.
Unlike other shops, here you can eat soba with walnut. And it adds variety to the taste of the soba. 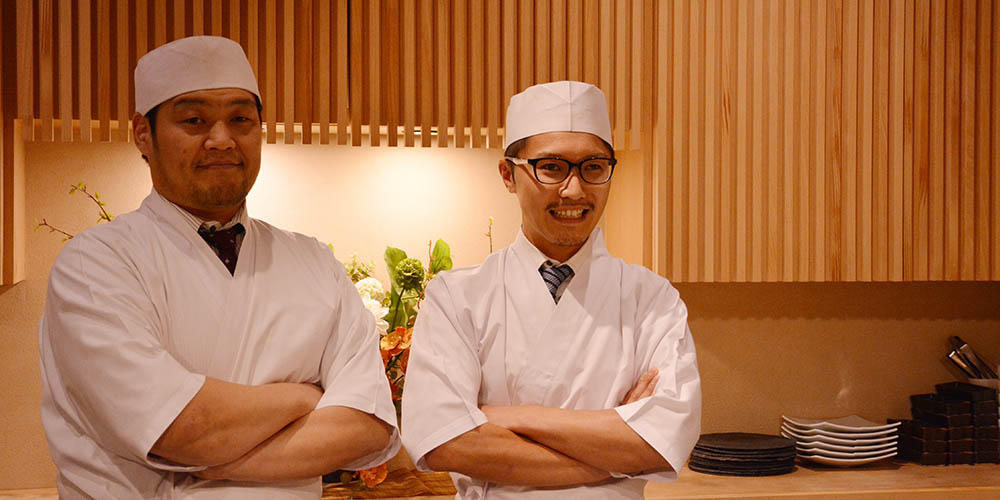 Before leaving, I take a picture of the chef and the owner. Their uniforms also mix the features of Japanese and western.

On my way home, I still can taste the Owari beef.
Nouveau Japanese Cuisine, a mixture of Japanese traditional cuisine and western one, has been demonstrated perfectly in Shingetsu（心月） restaurant. Maybe there are other good examples of this cuisine, but for now Shingetsu(心月) is the best one.