Wakamiya Hachimansha Shrine is a Shinto shrine in central Nagoya. It is said to enshrine the Emperors Nintoku and Ojin and the Shinto deity Takenouchi no Sukune. The historical documents of the shrine states that the shrine was built during the reign of Emperor Monmu, (683 – 707). The shrine has had a turbulent history : in the year 1532, it was destroyed by fire during an attack on Nagoya castle by Oda Nobuhide. It was rebuilt in 1539.


Following assistance from the Toyotomi shogunate, the shrine was relocated to its current location under the Tokugawa shogunate in 1610. From this point, the shrine was associated with the military arts and protection of the region from enemies. Successive daimyo (feudal lords) saw to the upkeep and maintenance of the shrine until the Meiji Restoration.

Following its destruction during an air raid in 1945, the zeal of its parishioners led to the rebuilding of the shrine in 1957. 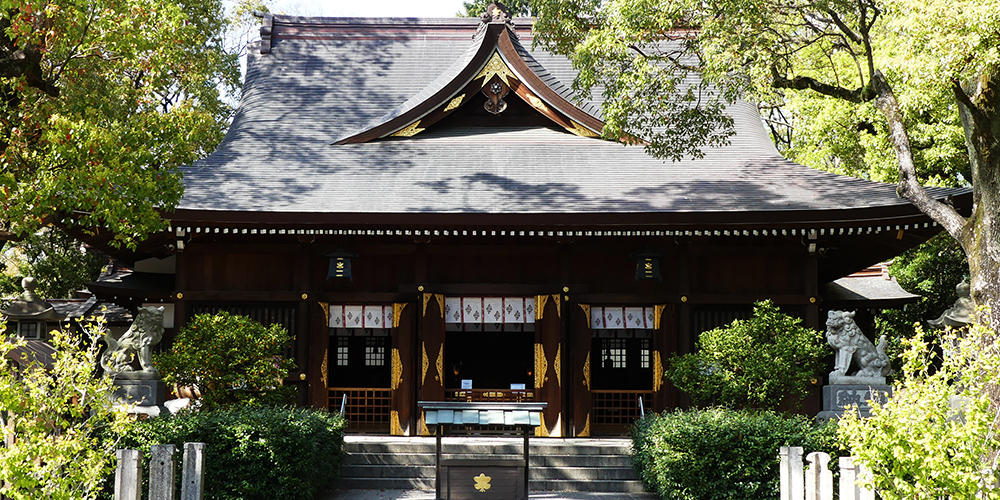 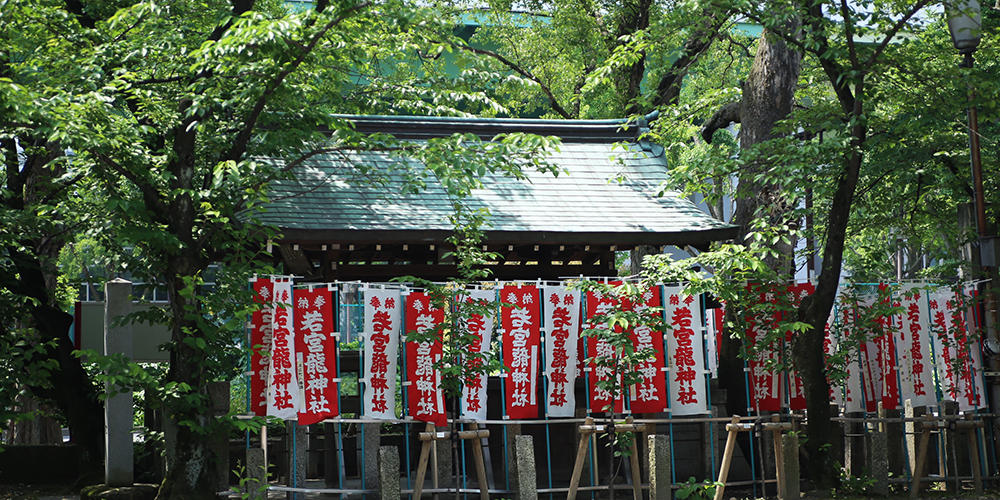 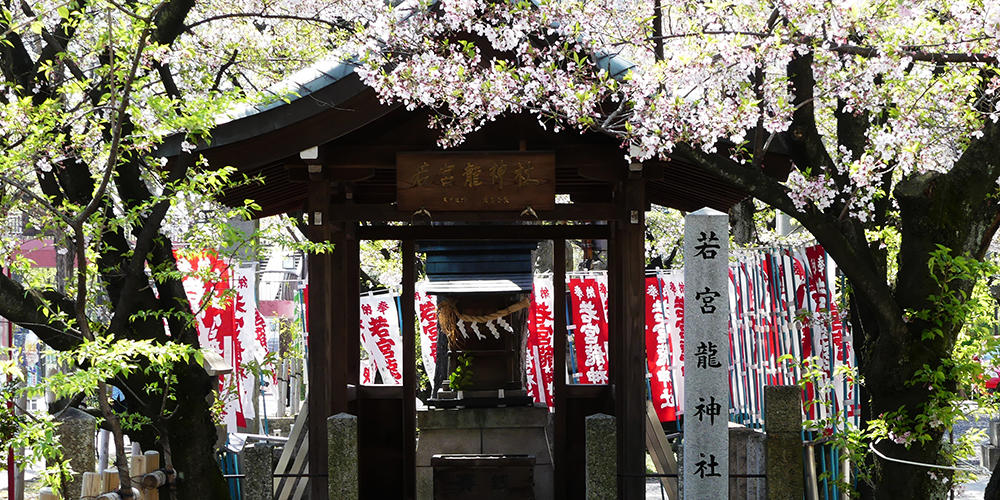 The spring festival, commonly called the “Wakamiya Matsuri” in Japanese, is held in May, and is one of the three major festivals of its kind in Nagoya. It has three hundred years of history behind it, and the main procession, held on the 16th, provides a great spectacle as portable shrines and festival floats are carried through the streets from the nearby Nagona Shrine. 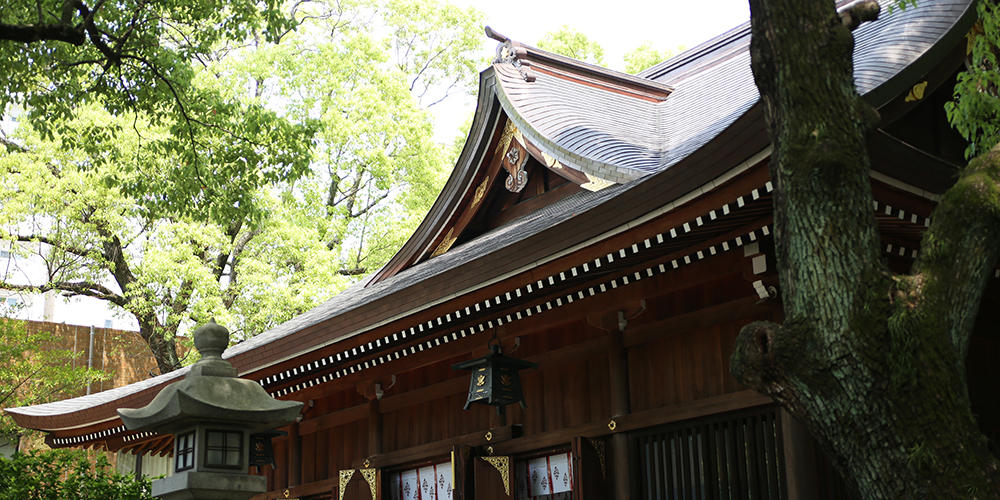 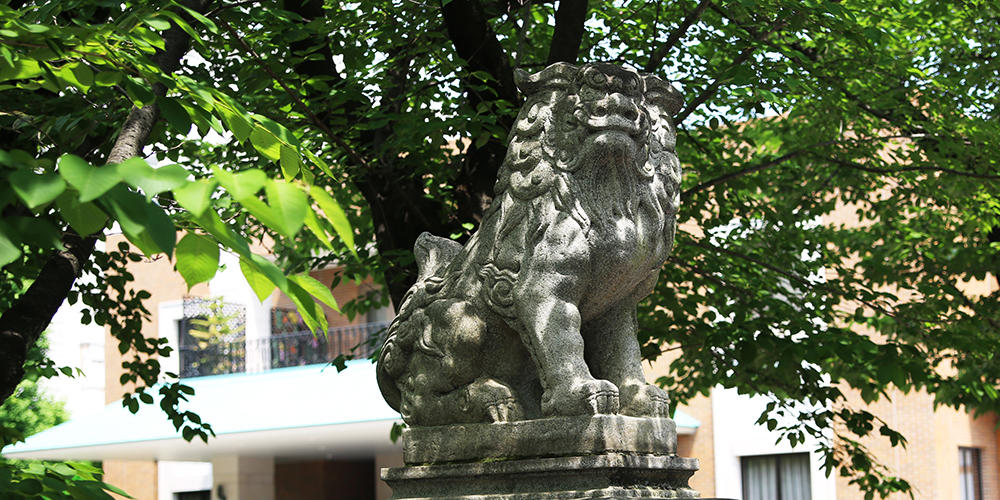 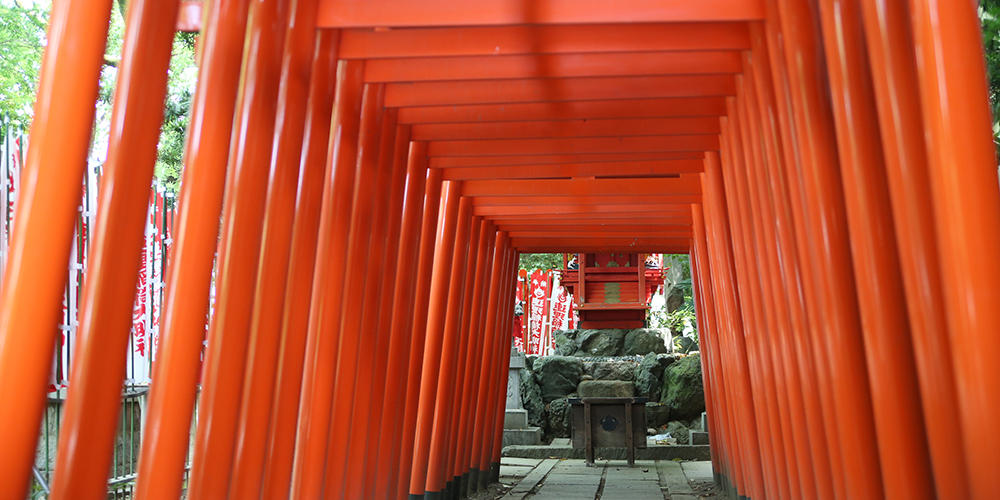 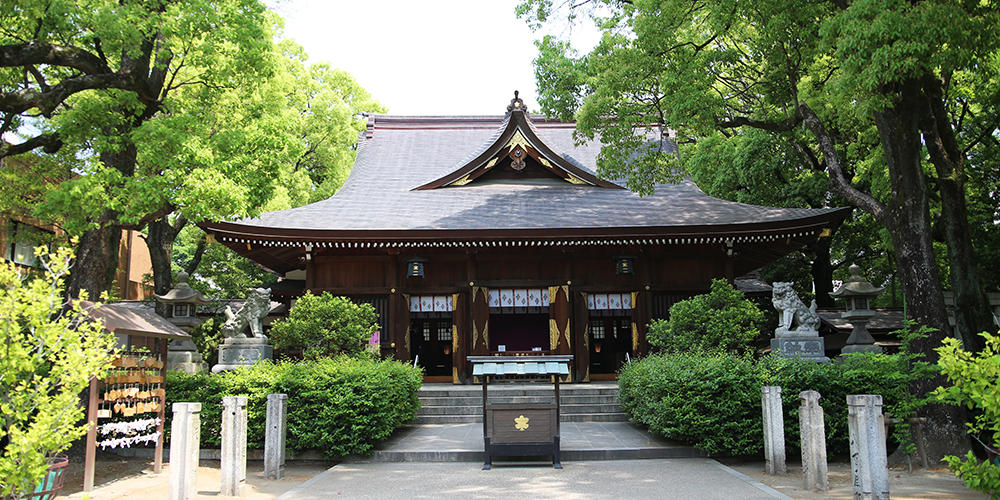 In every summer, Wakamiya Hachimansha Shrine has a festival called the “Furin Matsuri” which features one of the symbols of summer in Japan. Then, what is a “furin?”

Known in English as a “wind bell”, it is, as the name suggests, shaped like a bell and made from metal, glass, and other materials. There is a small piece of the same material suspended inside the bell, with a strip of paper attached to it by string. When the wind blows the strip of paper, the furin produces a high pitched chime. For Japanese people, this sound is a sign of summer and epitomizes “coolness”.

At the “Juyosho” (授与所 in Japanese) you can, for a set donation, receive a furin, write a wish on the sheet of paper, and attach it to a piece of bamboo. To see many such furins suspended is a marvelous sight, and when the wind blows, each furin rings out. Why not send your “sound-wishes” to the Deity while enjoying the coolness within the hot Japanese summer? 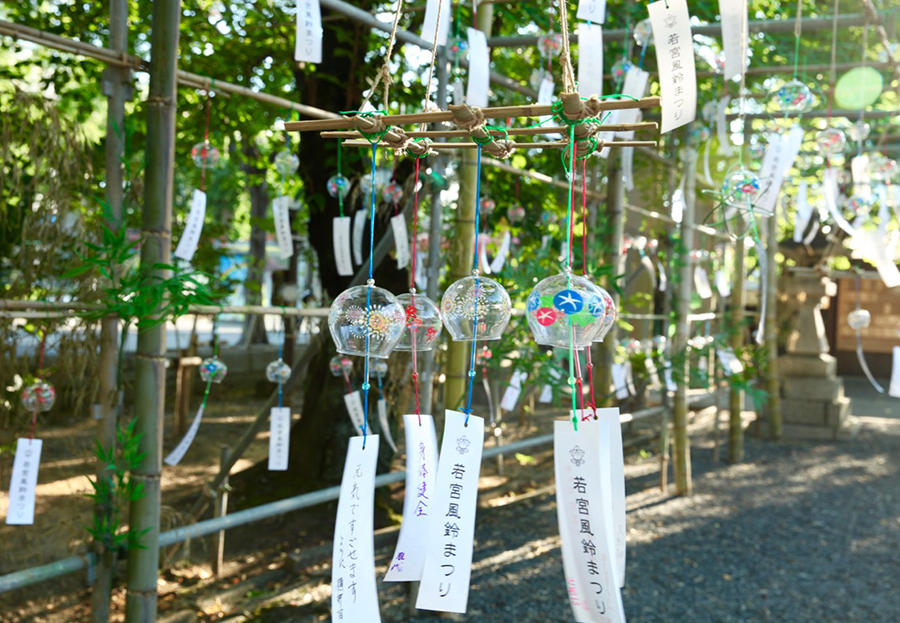