Looking for legends at Houzou-ji temple

In Japan, a temple is a good place to find stories of legends. Sometimes the story may be about a tree, and sometimes may be about the building itself. The story will never come to you until you enter the temple. 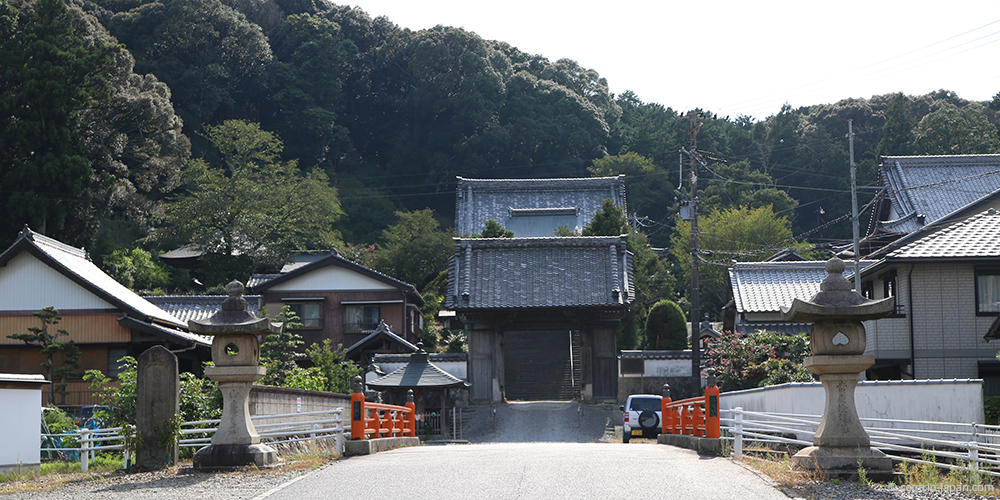 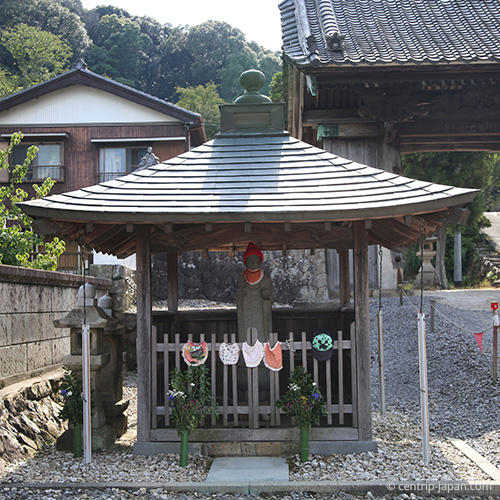 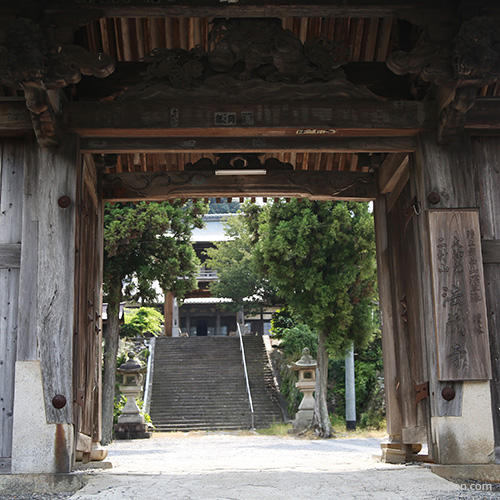 After walking across the red bridge, the Houzou-ji’s entrance is in front of you. The entrance is a simple wooden gate. But if you look at it carefully, you will find that there are many exquisite decorations hidden in small places. 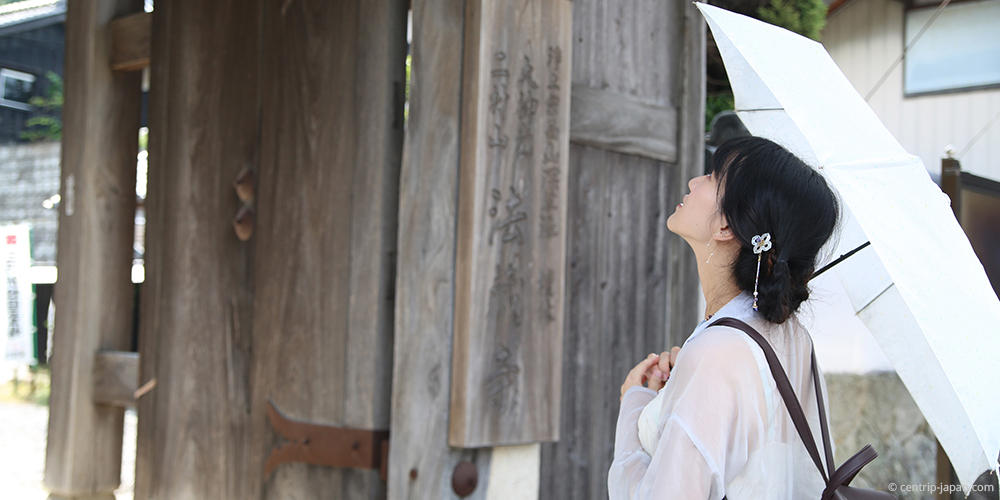 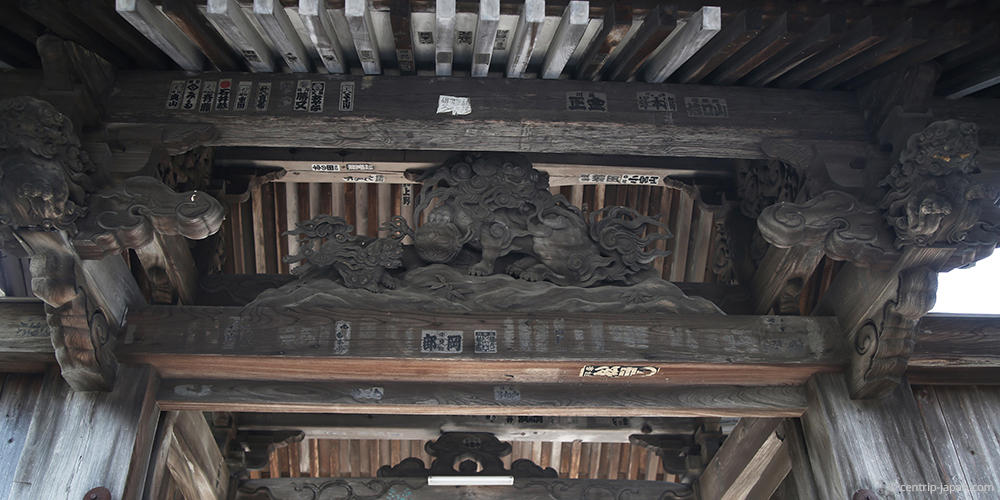 Once you go through the gate, you are now in the land of Buddha.


Houzou-ji was founded in AD 701. The founder of it is Gyoki(行基), a famous monk in the Nara-period. 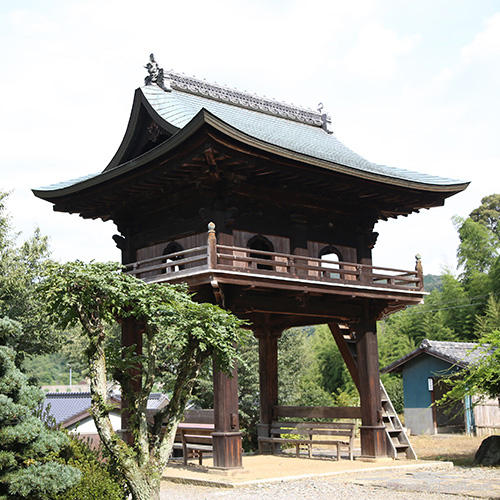 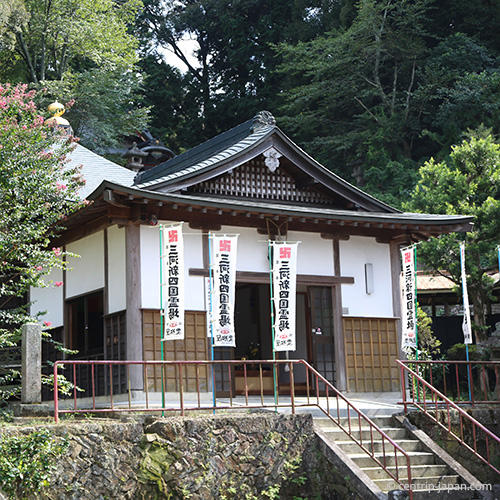 According to the information, the pine tree in the temple was planted by Gyoki. Currently, it is one of the Cultural Properties of Okazaki city. Behind the pine tree, there was a cherry tree planted by Tokugawa Ieyasu. As time passed, now there is nothing except dead wood. 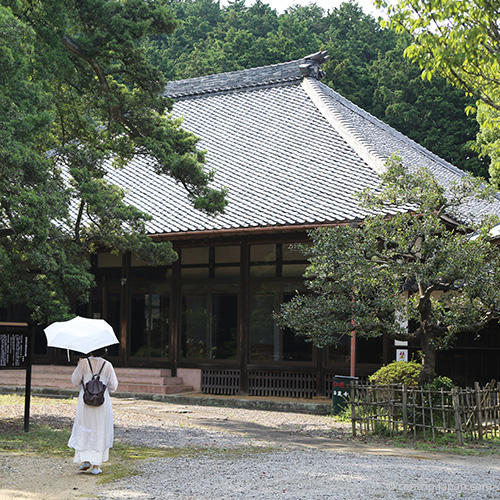 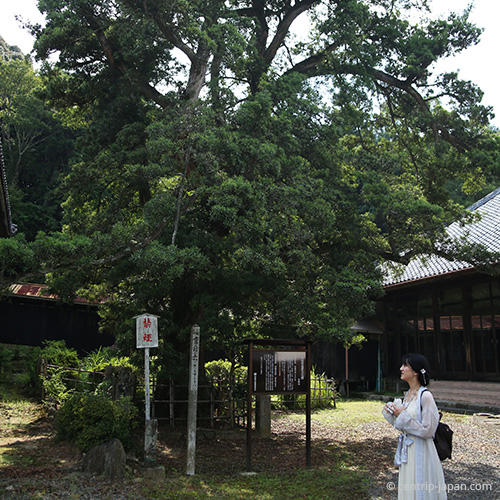 After AD 1441, Houzou-ji became the Tokugawa family temple. Even now, there are still various possessions of Tokugawa Ieyasu in Houzou-ji. For example, the desk which Tokugawa used when he was studying here, and his favorite bow. It is like a recording of Tokugawa’s life from childhood to adulthood. 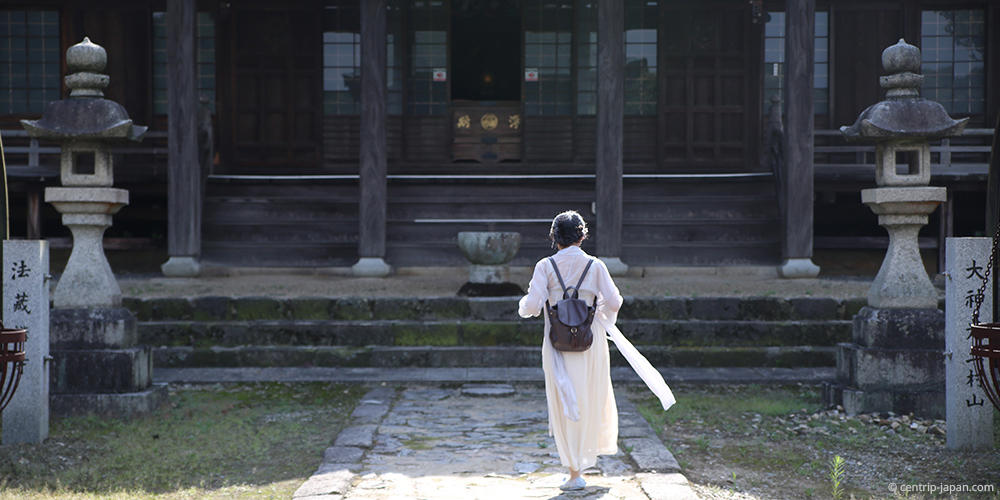 You can also find the tomb of the Matsudaira(松平) family which is the predecessor of the Tokugawa family. Not only Tokugawa' s father, half brother and sister, but also his first daughter were buried here. After the battle of Okehahazama(桶狭間の合戦), Tokugawa gave the honor of "Syugo -funyu(守護不入)* " to Houzou-ji.
*(it means that it is forbidden to enter even when the government is searching for a suspect.) 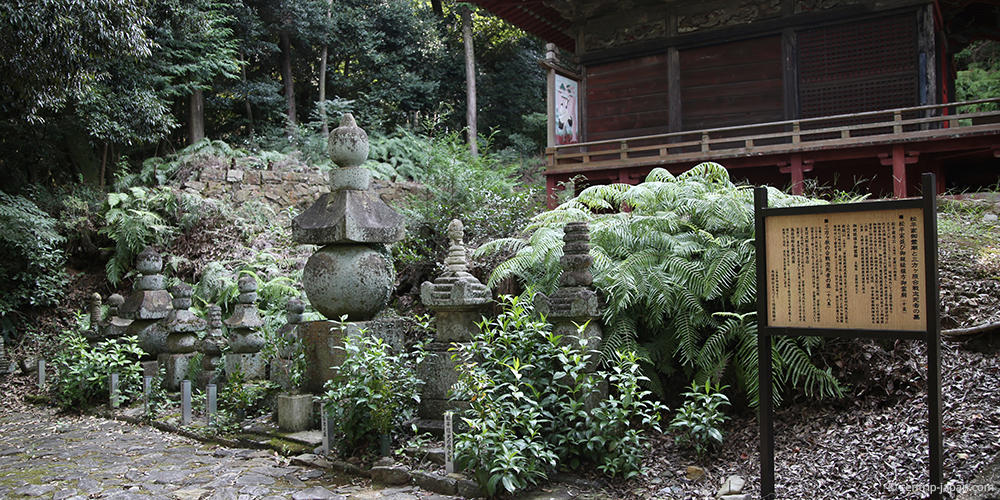 Compared to Tokugawa, the connection between Kondou Isamu(近藤勇) and Houzou-ji is more tragic. The site where his decapitated head was stored has been found here. After being defeated during the Battle of Kōshū-Katsunuma(甲州勝沼の戦い), he was arrested by New Government Army. Then he was beheaded at Kyoto when he was just 35 years-old. Because he was regarded as a sinner by the government of that time, the tombstone with his name was buried under the ground with him. A man like him created so many legends during his life, if he knew what would be his ending, what would he have said? 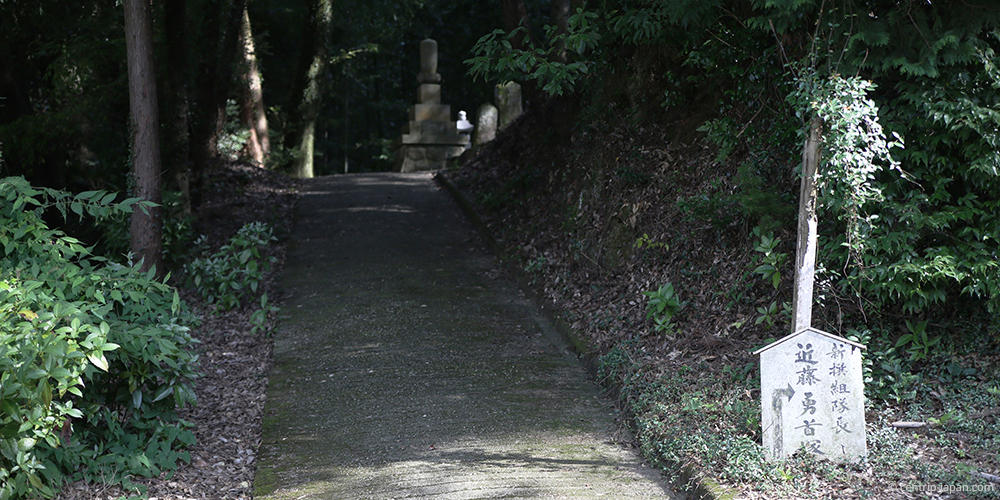 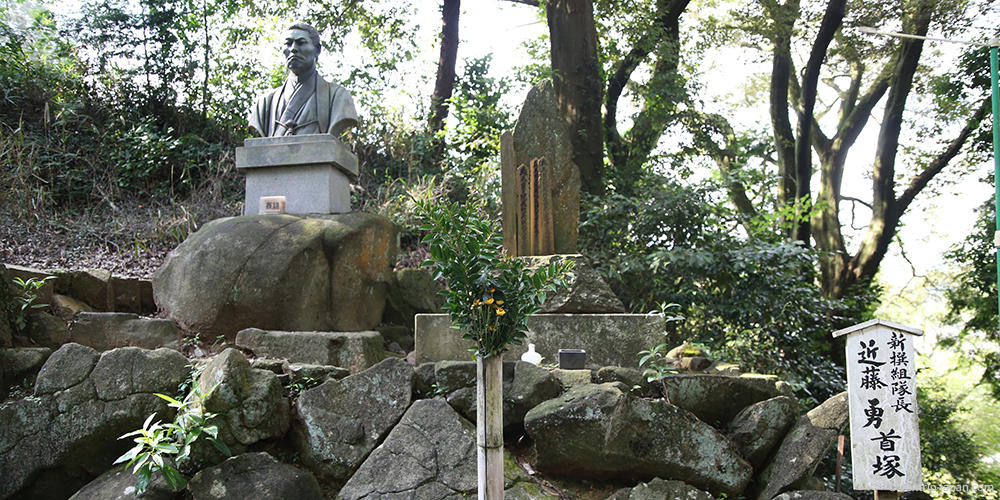 Without the legend stories, Houzou-ji is a temple like any other . The main Buddha here is Amitabha. Besides Amitabha, there are 6 different kannons（観音) at the Rokaku-dou(六角堂). 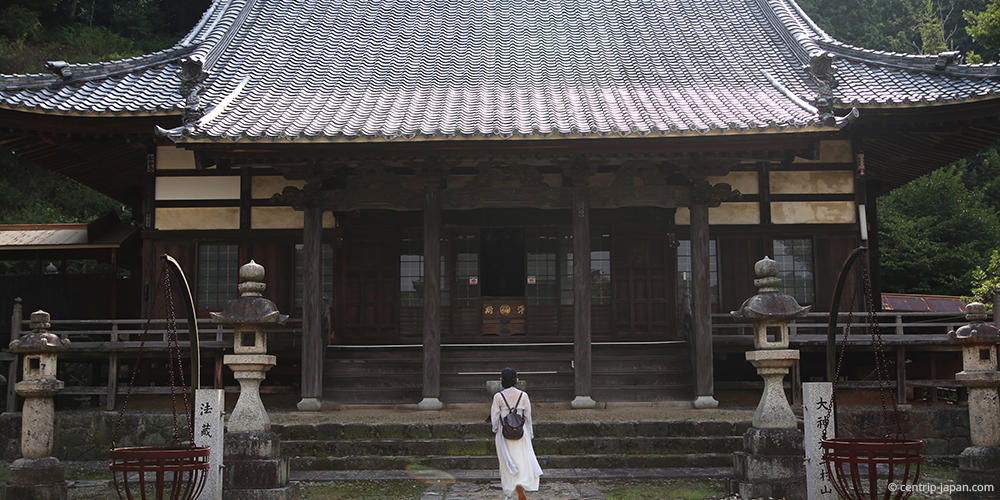 The connection between Tokugawa Ieyasu and Houzou-ji is so strong that there is even a Tōshō-gū(東照宮) here. The Buddha of Tōshō-gū is Tōshōdaigogen(東照大権現), Tokugawa Ieyasu's deification. 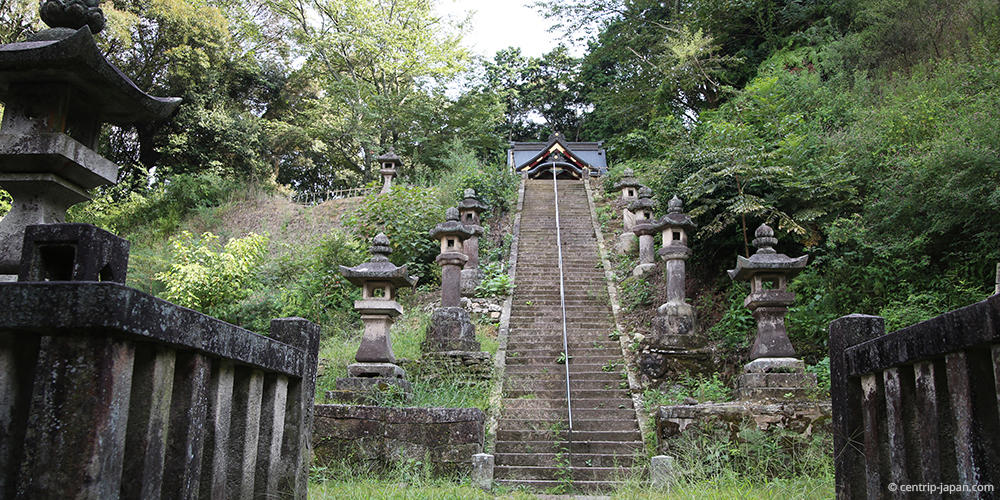 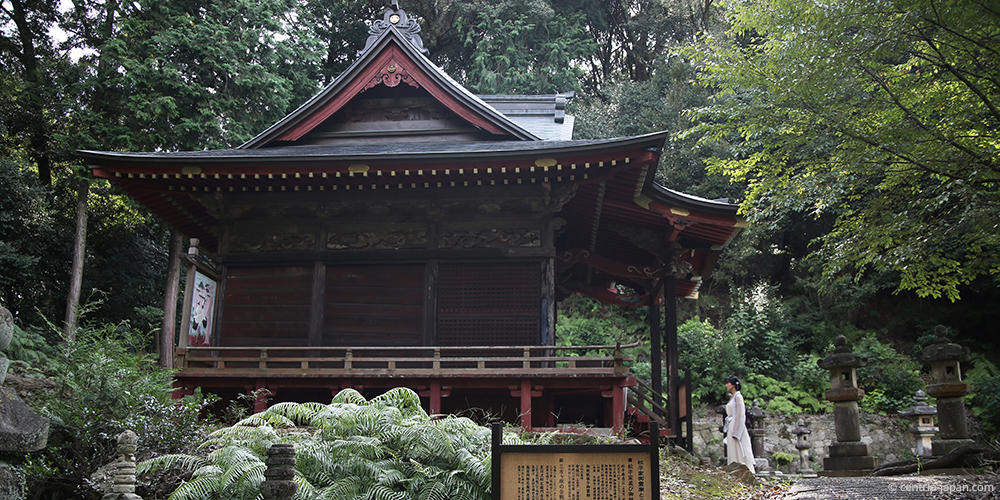 Near to the Houzou-ji there are 6 temples. Shoutoku-ji(勝徳寺), one of them, still keeps the pine tree planted by Tokugawa Ieyasu. According to legend, this tree saved Tokugawa once when someone was trying to kill him.

Looking back to Houzou-ji after the visit, we can't find anything different compared to the beginning. But thanks to our time there, we can still find some connection with the legends of history. No matter how many times we visit it, Houzou-ji is always waiting here to tell us the stories of legends which may have been forgotten by many people. 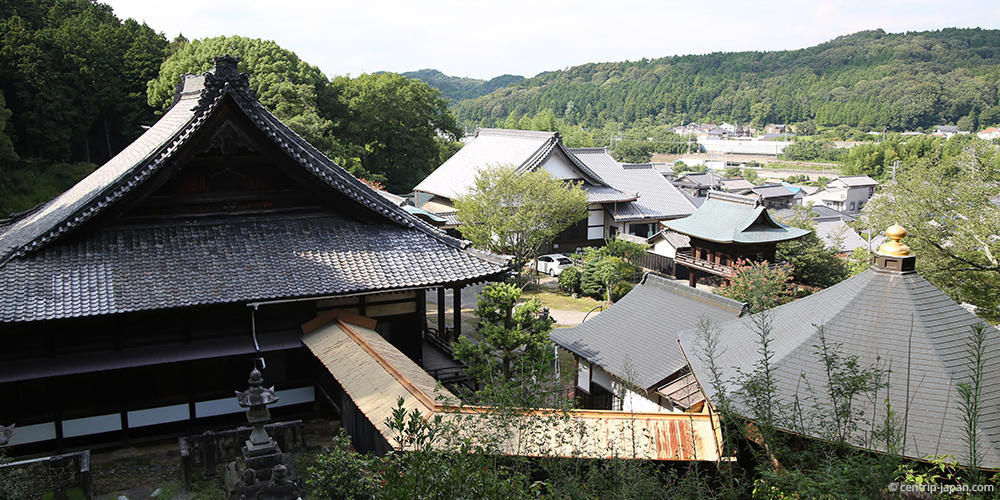 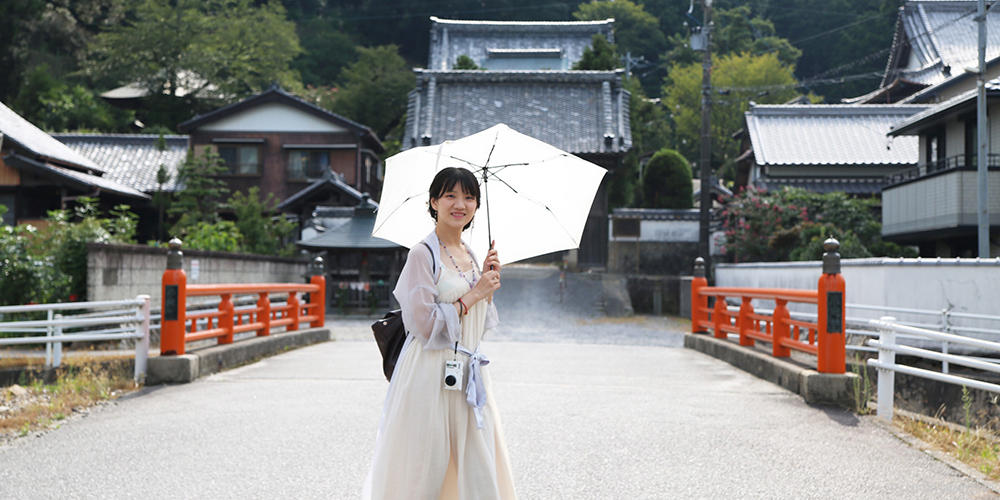