The Many Peoples of Japan: Mie

Japan is a mountainous country, with mountains ranging from the north to the south. Each region has vastly different topography and climate and has developed unique traditions and cultures. So something you might think is normal from where you are from, might not exist elsewhere.

Mie lies just east of Aichi and is where the cultures of Eastern and Western Japan mix.There are many reasons to come to Mie, rich local food, ninjas, Ise merchants, all who had a huge influence in Japan’s past. Join us as we introduce the charms of Mie.

Is Mie Prefecture part of Chubu or Kinki? Even the people of Mie have a hard time answering this one. 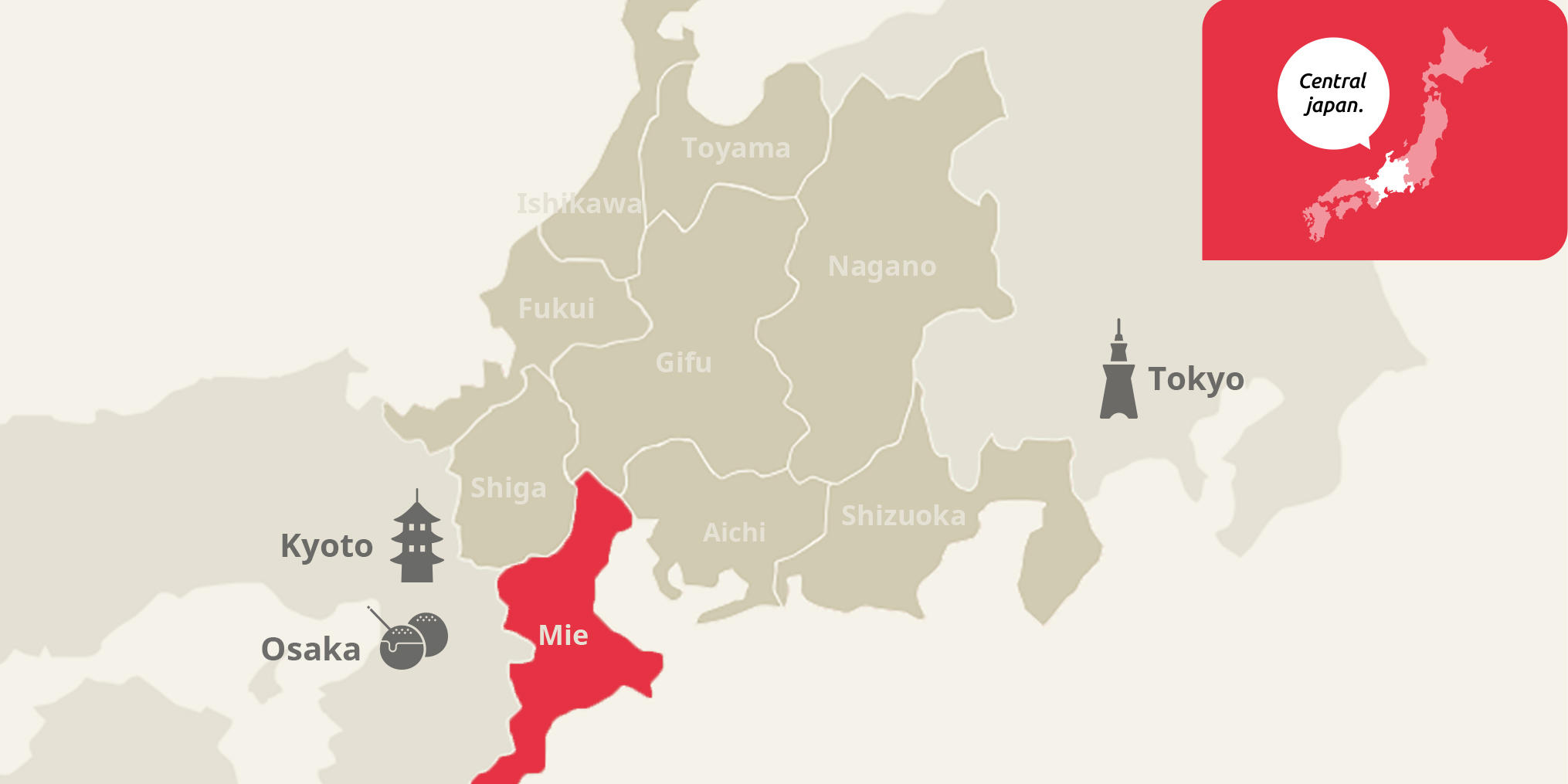 Japan is roughly divided into 8 regions. For example Hokkaido, with its capital Sapporo, Kanto where you’ll find the capital city of Tokyo, Chubu home to Aichi, Kinki with the famous cities of Osaka & Kyoto, and the Kyushu/Okinawa region that has Fukuoka.

When talking about what region Mie is in there are a few questions that require answers. “Is Mie is in the Chubu or the Kinki region?" The shape of Mie is long, stretching from north to south, located between the Chubu and Kinki regions. Since Mie is connected to both regions, it shares a variety of characteristics with them. Lifestyle, culture, and economics, so mention a few. So people in Mie often wonder, Where do we belong? Even when speaking they include aspects of both Kansai and Chubu dialects.

If you take a close look at the Northern area it has more characteristics assigned to Chubu and is where you’ll find places, such as Kuwana and Yokkaichi, where Nabana no Sato. On the other hand, Iga city, known as the Ninja Village, and Nabari city, seem to have strong Kinki characteristics. For visitors from overseas, these differences can be easy to overlook. 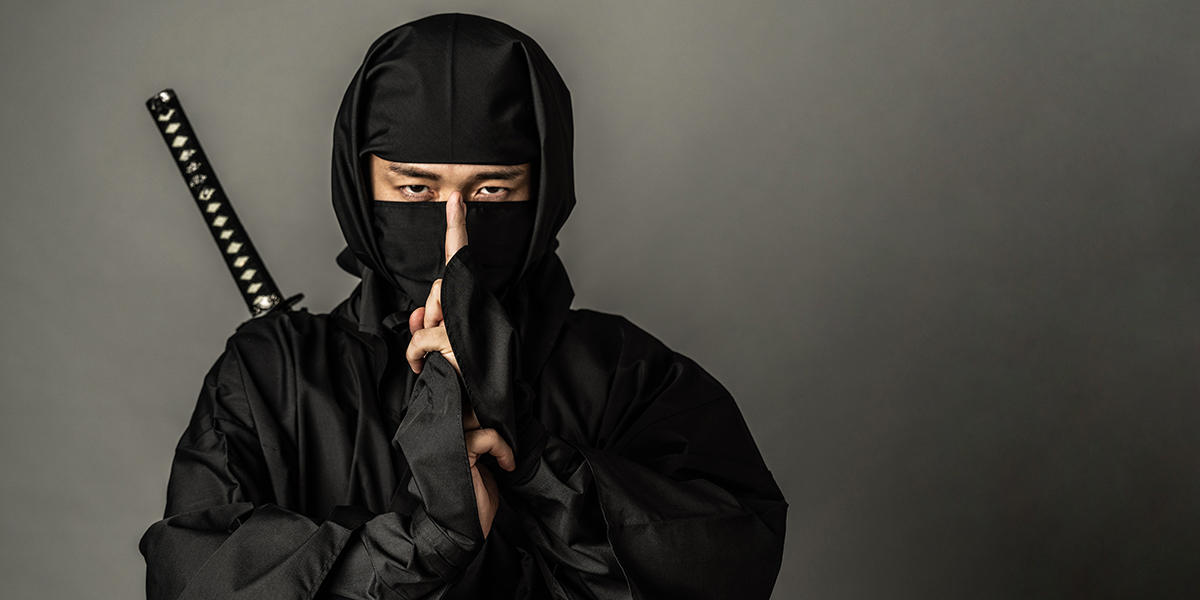 "What day is February 22nd?" A lot of travelers won’t understand this question. In Japan, the Japan Anniversary Association certifies and registers anniversaries set up by companies, organizations, individuals, and does promotions. So, to answer the question February 22nd is Ninja Day. The number 2 in Japanese is pronounced "ni", which sounds similar to the "nin" in ninja.

On Ninja Day, you will be able to meet ninjas throughout Iga City, Mie. Not only ninja cosplayers but also the staff at Iga city hall work in ninja costumes and bank tellers will greet you as ninjas! (Depending on the year, there may not be any ninjas at the banks.) In the past, all the city council members in Iga held official meetings in ninja costumes! In 2017, when the city council passed the Ninja City Declaration to make use of their culture and the spirit of ninjas for the town’s development. The discussion for the agenda started at 2:22pm on February 22! In Iga “Ninja” City, both the government and people in the city have a great sense of humor. When you visit, you’ll be greeted by the smiles of the people of Iga.

Wait a minute! Are Tenmusu and Tonteki actually from Mie? 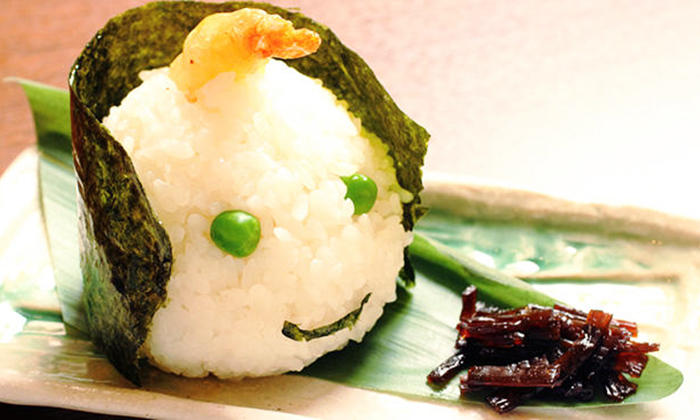 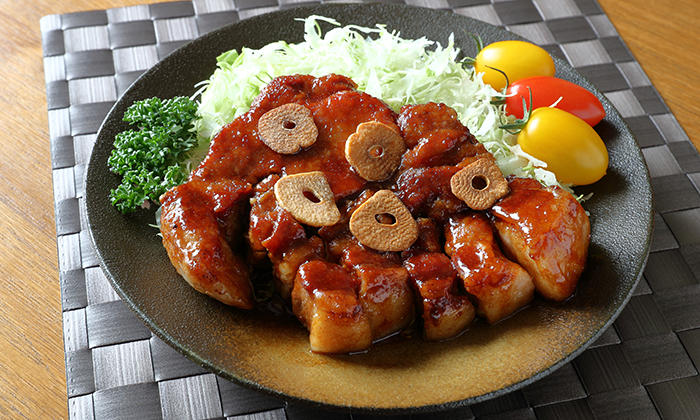 Tenmusu is a rice ball with shrimp tempura inside. Tonteki is a thick pork cutlet with garlic and a thick sauce. Some Japanese people believe Tenmusu and Tonteki are Nagoyan foods. In fact, Tenmusu originated at Meifutsu Tenmusu Senju in Tsu city, Mie, and Tonteki is from Rairai Ken in Yokkaichi city, Mie (There is some dispute).

In particular, Tenmusu is often thought to have originated in Nagoya. In 1981, Meifutsu Tenmusu Senju in Tsu City, Mie, allowed a watch store in Nagoya to use their name and sell their products. (In Japan, the system of Noren allows rights to an original product or service, to be shared while using the original store's name. The system's name Noren is like the curtains that hang at the entrance of stores in Japan.) So the food became famous in Nagoya it became cemented as part of Nagoya cuisine. 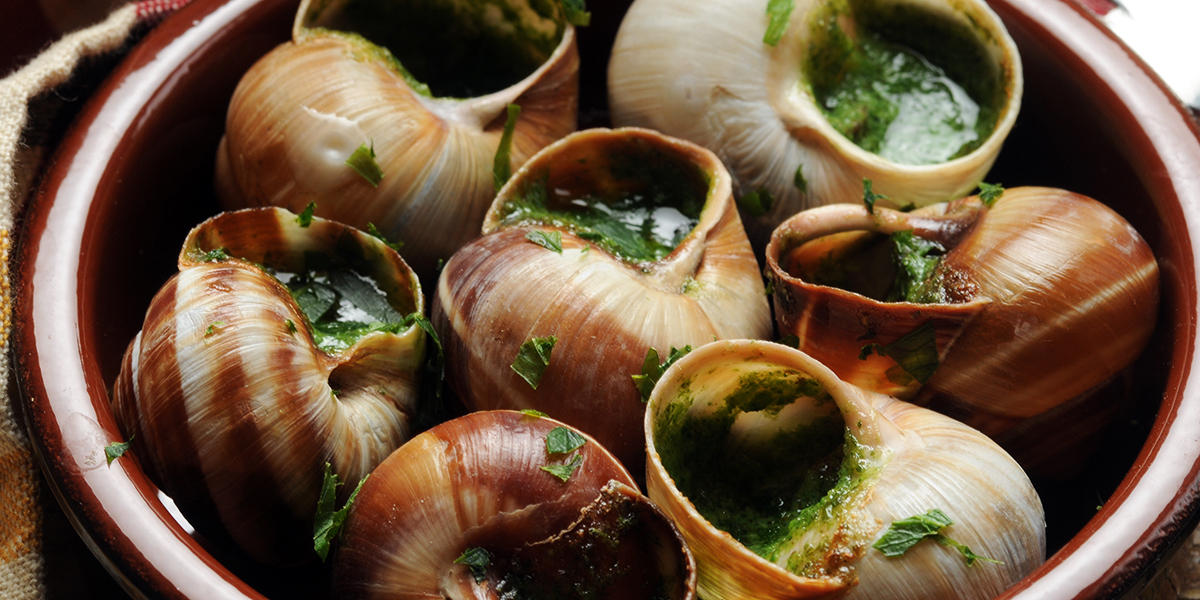 Matsuzaka beef, one of the world's finest foods, is found in Mie. Matsuzaka city, Mie, where Matsuzaka beef is produced, has a facility that produces many high-class foods other than Matsuzaka beef. For example escargot! The famous French ingredient, the Burgundy escargot (Pomatia) is a rare, high-end ingredient.

It’s not well known, but surprisingly Mie’s Escargot Ranch is the first facility in the world to successfully raise Burgundy escargots. Speaking of firsts, Mikimoto in Mie is also the very first company to succeed at pearl cultivation. Mie was home to Ise merchants, which used to be one of the three biggest merchant groups in Japan. That might be why so many people here like to take challenges and are full of innovative ideas.

Do you know any beloved Japanese candy makers? 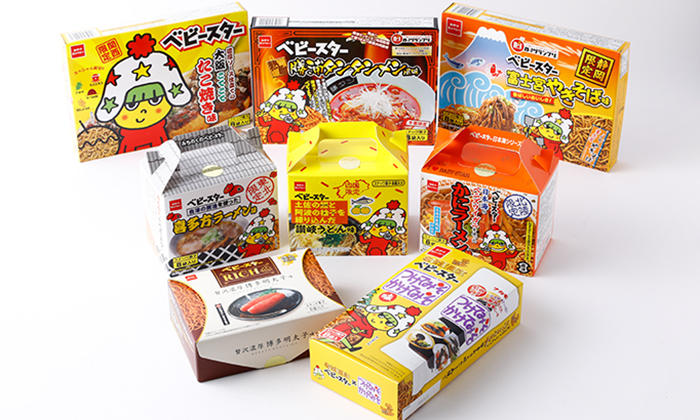 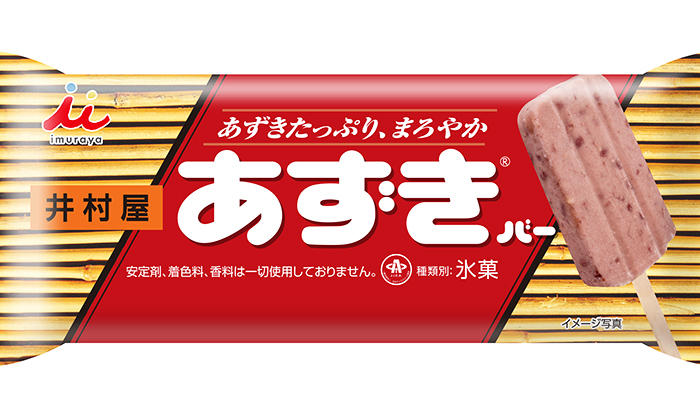 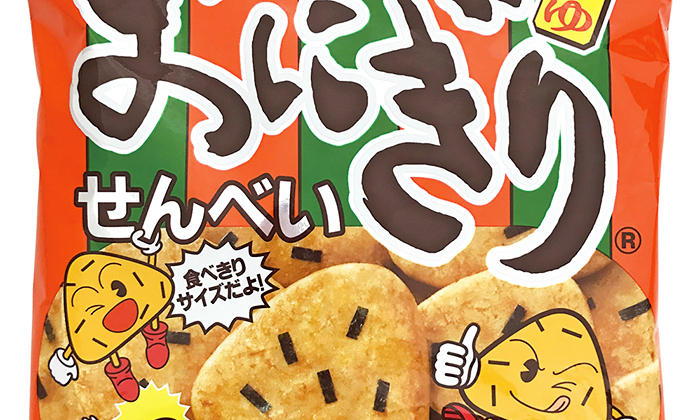 Popular Japanese sweets Baby Star Ramen, Azuki Bar, and Onigiri Senbei. All of these snacks are made companies in Mie.

Baby Star Ramen is a snack with the texture and fragrance of instant ramen and has been made by the Oyatsu Company Inc. for about 70 years since the company’s foundation. Azuki Bar is an ice cream bar with a simple azuki (sweet red bean paste) taste made by Imuraya Co., Ltd. with a history of over 120 years. (This ice cream bar is very hard because it doesn’t use any food additives!). Onigiri Senbei is a product of the Masuya Co., Ltd., a confectionery maker launched by the 10th owner of Akafuku, a famous Japanese confectionery maker with a history of 300 years in Ise city, Mie. It is a popular treat with the taste of soy sauce and a soft texture. Mie Prefecture is an area rich in ingredients from the sea and mountains and pristine water. Since long ago, there have been many craftsmen who create ingredients. Mie is a region rooted in culinary craftsmanship making many food and sweets.

There are various opinions about the origin of the name Mie, and all are mysterious. Mie was said to be named after an anecdote in the Kojiki, an ancient text of Japanese myths and legends. In the story, an old Japanese royal family arrived in Mie after a long journey. They were so tired that they could bend their legs at three points. Another opinion is that Mie means "the place where God is enshrined." in Korean. Whatever the truth may be, Mie is a place of deep history and diverse culture.