Uirou and the Aoyagi company

Some way out from the city centre, in the northern part of Nagoya, lie a pair of factories which produce a Japanese sweet called uirou. While this delicacy is made across the country, Nagoya is particularly noted for it.


The word “uirou” appears to have derived from a type of medicine, but is now used to refer to the sweet. While different areas of Japan prepare it in their own way, Nagoya’s take on uirou is to use rice as a primary ingredient.


We took a tour of this local uirou factory, run by a company named Aoyagi – literally “Green Willow” or what we typically think of in English as a weeping willow, and a name with a story behind it. We were fortunate enough to have Goto-san, the Executive Managing Director himself, as our guide.


Outside the factory is a willow tree with a stone frog staring up at it. This alludes to the company’s origins. 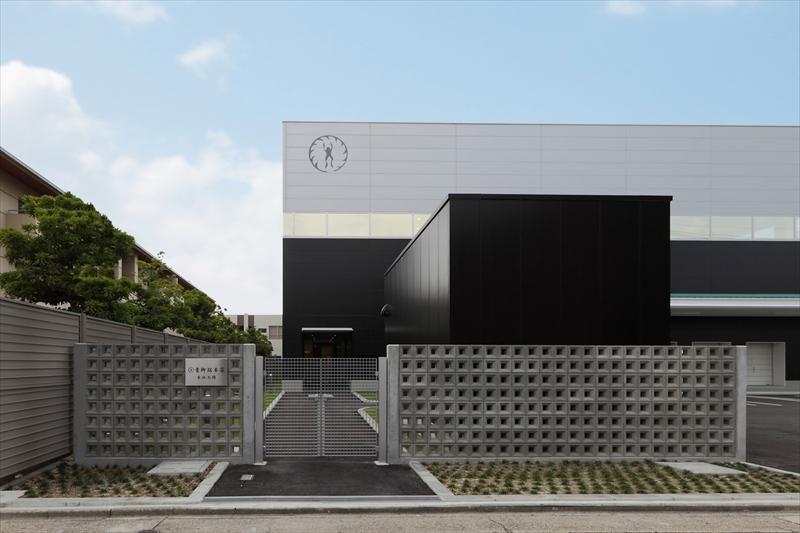 Goto-san started off by telling us about the company, which was founded in 1879 and is essentially a family business. The first thing you notice upon visiting the factory is that there is a clear theme to it : frogs. There are frogs (not live ones, I hasten to add) everywhere. The company logo, and the story behind it, sheds light on the issue. Anyone familiar with the story of Robert the Bruce and the spider will note the similarities; legend has it that a man was watching a frog trying to jump up onto a willow tree, and continually failing. The frog kept trying, and eventually the wind bent the willow tree downwards, enabling the frog to leap up.


(Goto-san told us that although “uirou” happens to sound rather like “Willow”, this is in fact just a coincidence).

The second layer of the story is based on Japanese wordplay. The word for “frog” and the word for “to come back” (or “to return”) sound highly similar and, as a tradition, the company’s products would be given to travelers with the words “come back safely”, thus incorporating the play on words with “frog”. 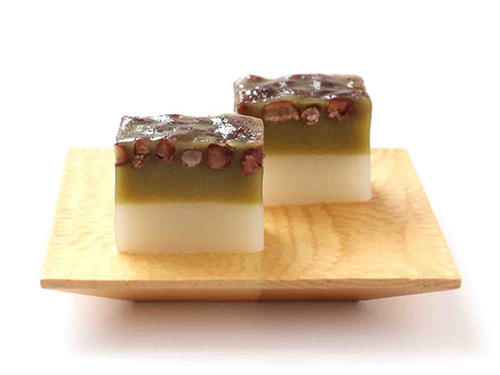 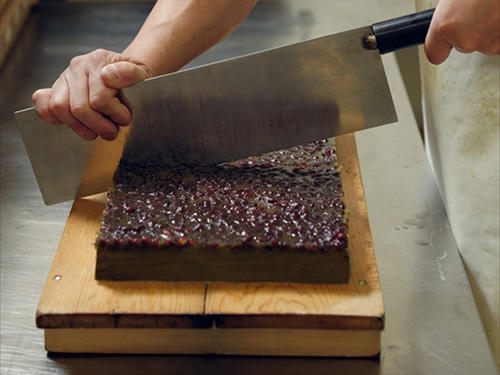 The current company has some 160 workers, divided more or less equally between the two factories, one of which produces steamed uirou and the other which produces baked uirou. Our tour began with the canteen, one of the very few places in the entire company with windows. Goto-san explained that the absence of windows in the factories is partly for reasons of cleanliness (insects can not get in) and also to assist the workers’ concentration by not distracting them with the weather our whatever might be going on outside. The canteen, therefore, serves as a place where workers can relax and get to see the outside environment. 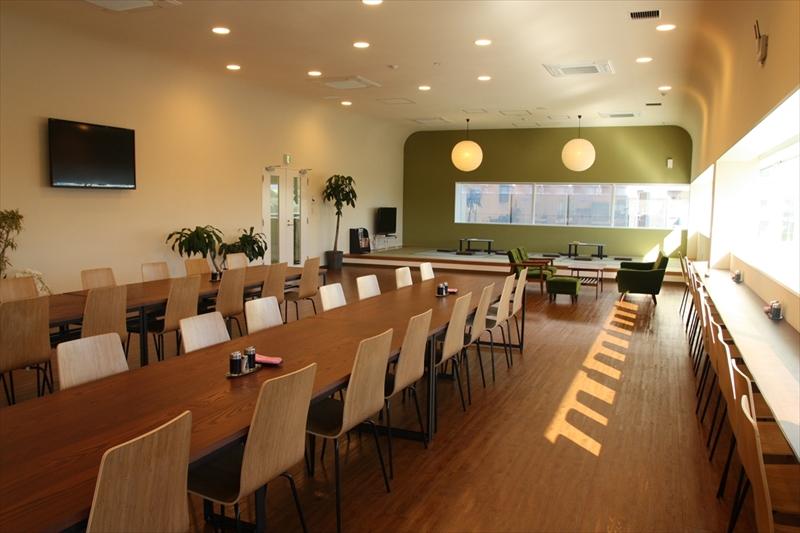 Following this, we got to see, and experience, how strict the company is about cleanliness. After changing into a disposable white apron and cap, we changed our shoes, washed our hands, and were subjected to a short, strong blast of air inside a little chamber before coming out the other side, changing shoes again and being shown around the “steaming” factory. 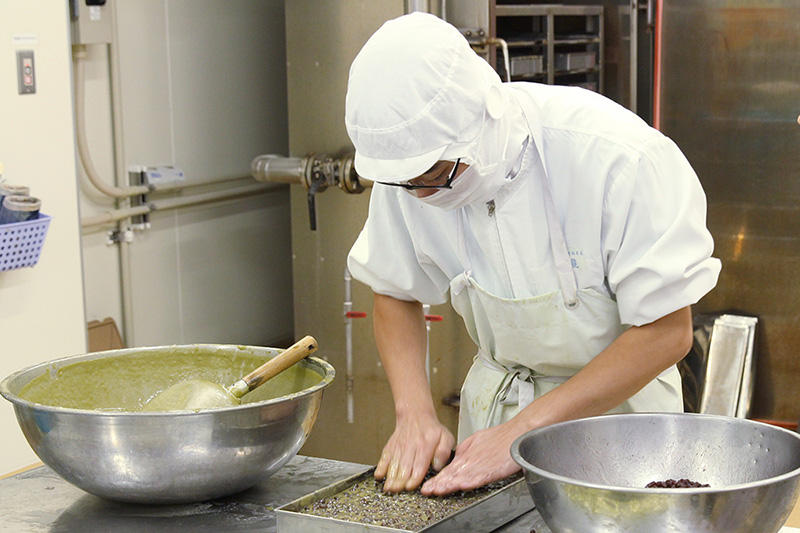 While the precise details of making uirou were slightly lost in the noise of the machines, one thing became clear: this is a delicacy which takes some time to make. The texture must be just right – not too hard, not too soft. Goto-san explained that unlike bread, for instance, which can be eaten and enjoyed almost as soon as it is made, uirou benefits from waiting. Initially, it has a fairly soft, almost soggy-feeling texture, so it has to be further treated to give it the correct texture and balance of hard and soft, a process which typically takes around an hour. 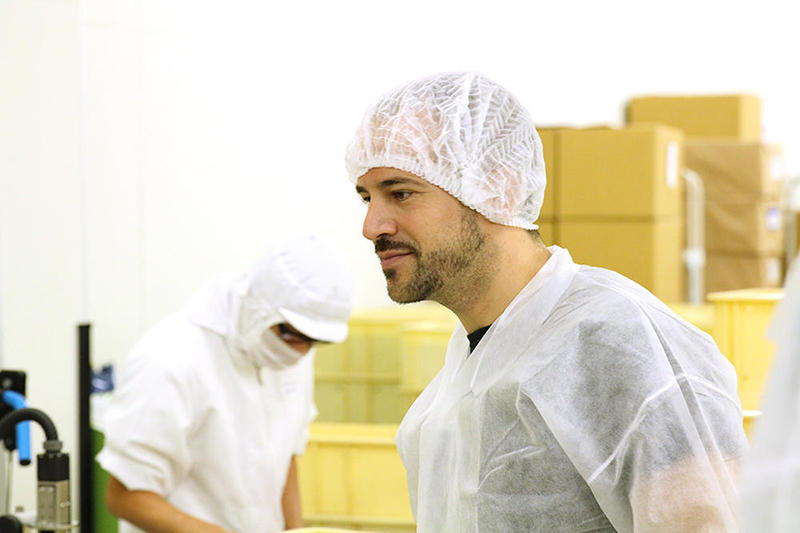 From there it goes through quality control checks (for shape, contamination and so on), branding with the correct consume-by date, boxing and finally delivery.


The “baking” factory works in a similar way, and (because it is located in an older building, according to Goto-san) is one of the few places besides the cafeteria to have windows. 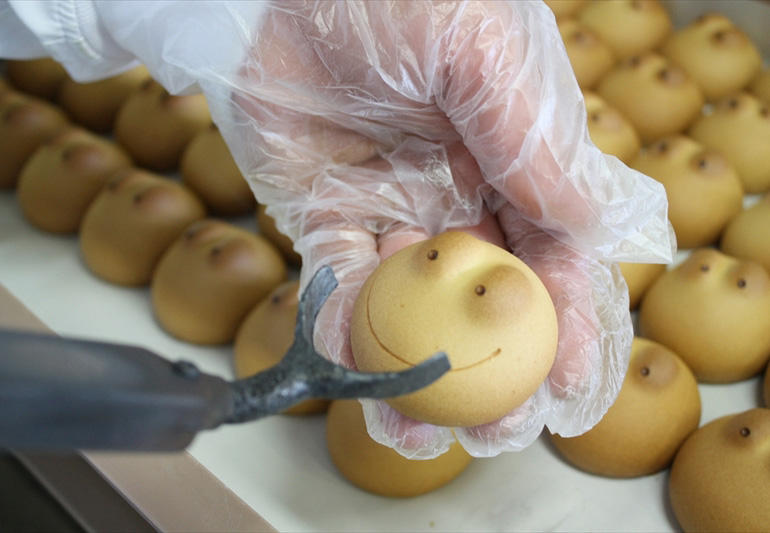 This part of the tour saw us trying our hand at putting eyes on one of the company’s products, the “Kaeru (frog) Manju” – a type of small bun – baked to resemble a frog. We were then allowed to keep and eat our handiwork; the taste was pleasantly mild yet subtle, not overpowering but definitely possessed of taste and flavour.


Throughout the tour, the workers were very friendly and hospitable, yet it was clear that they were also working with great diligence.


Lastly we visited a shop nearby which specializes in Uirou, to see the final product lined up for public purchase. 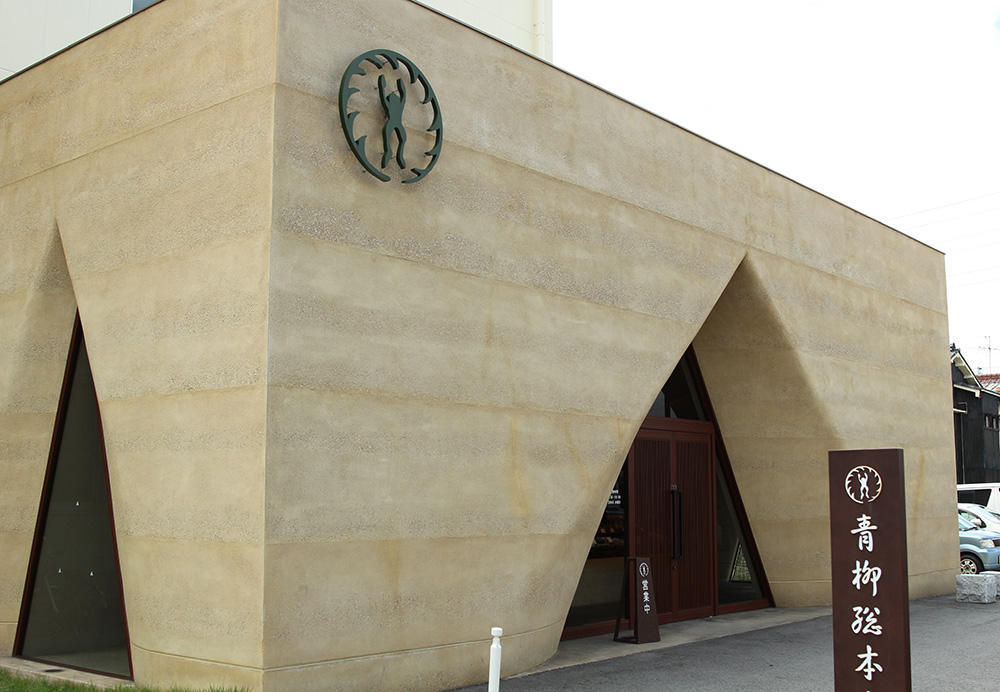 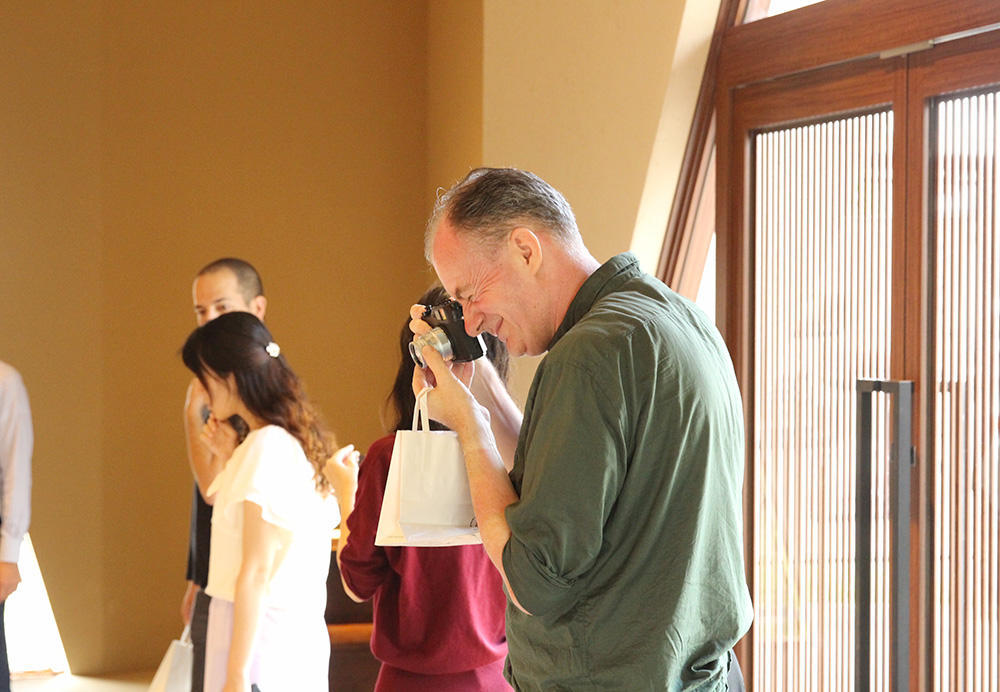 Goto-san was kind enough to present us with a selection of Uirou to take back with us. As with the kaeru manju, the taste is subtle and pleasant rather than overpowering and obvious, which I always considered a sort of metaphor for a lot of classical Japanese culture.


We would like to express our thanks to Goto-san and everyone at the company for a very interesting and informative experience. If you want to try something that is both tasty and says “Nagoya”, why not try some of Aoyagi’s Uirou?