In the hot Nagoya Summer, cool down at the Port 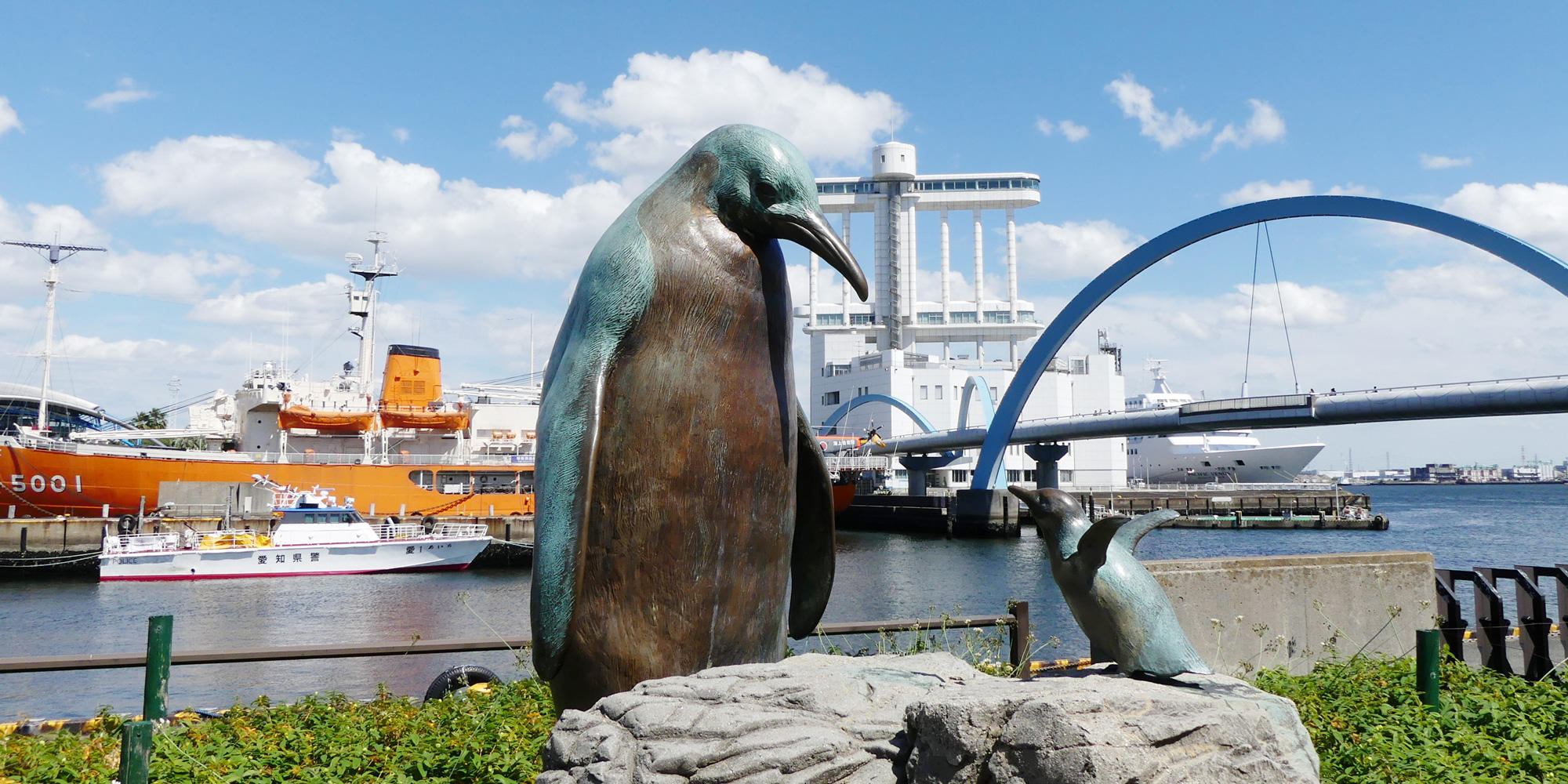 When you talk about industrial cities like Nagoya, the port is always an important subject.


The Port of Nagoya (名古屋港 Nagoyakō) is one of the major trading ports in Japan. It was also the largest port in Japan in terms of total cargo throughput from 2002 to 2015.


At present, the Port of Nagoya is not only a trading port, but also a tourist attraction. You can find an aquarium, the port building, the Antarctic survey ship and a shopping mall, which makes it worth spending a full day there. Learning something about marine life around Japan and the port’s history, tasting some delicious seafood - sounds like a good day out, doesn’t it?  This year is the 110th anniversary of the Port of Nagoya. Let’s have a look around. 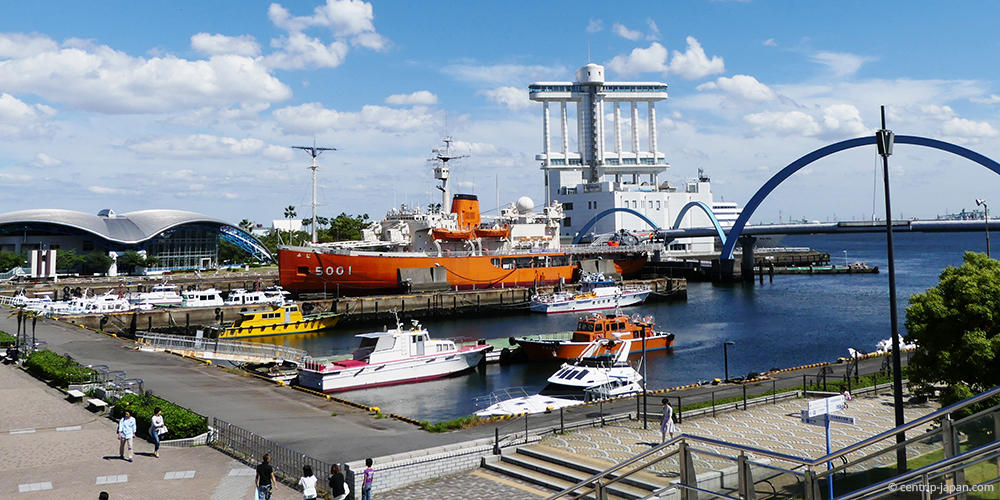 Taking the Meiko Line (名港線, Meiko-sen) to Nagoyakō station, you will arrive in good time. Although there is no beach here, you can still find many marine-related features as soon as you get out of the subway station. If you have enough time you can buy a set ticket (2400 yen) for the Port of Nagoya public aquarium, the Fuji Antarctic museum, the Nagoya Port building and the Nagoya Maritime museum. It will be much better value for money when compared with a 2000 yen ticket for the aquarium only. If you have a one-day public transport ticket, you can also get a discount.

The Port of Nagoya Public Aquarium

Possibly the most interesting place here is the aquarium. This year also happens to be the 25th anniversary of the aquarium. There will be some special events from time to time.


In addition, the aquarium is still open during the evening in summer. You can enjoy the fantastic underwater world in the evening and there will be a discount on tickets after 17:00. 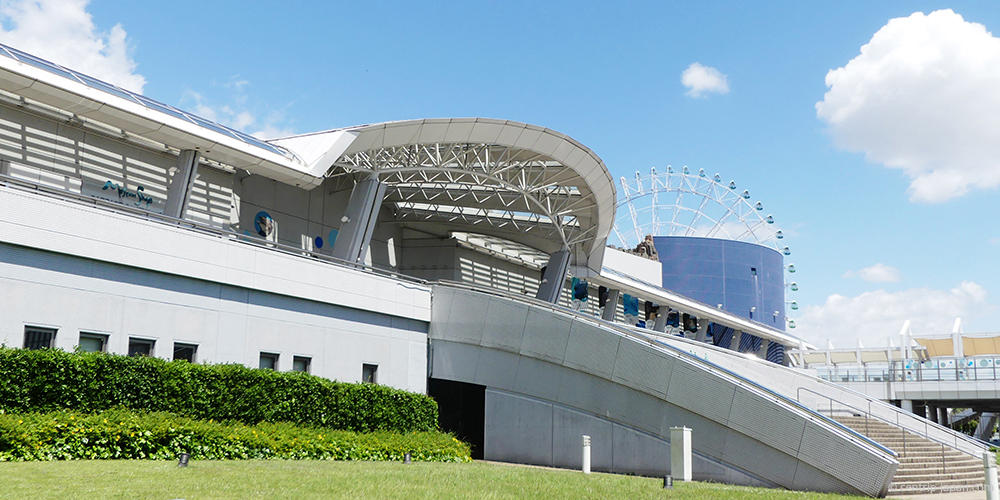 The Port of Nagoya Public Aquarium is divided into 2 parts. The focus of the north building is the fish, with 3.5 billion years of evolution on display. Here you can see many huge specimens like killer whales, bottlenose dolphins and white whales. On the other hand, the south building is based on an Antarctic trip where you can see over 500 species of creatures like various fish from all over the oceans, along with sea turtles and penguins. 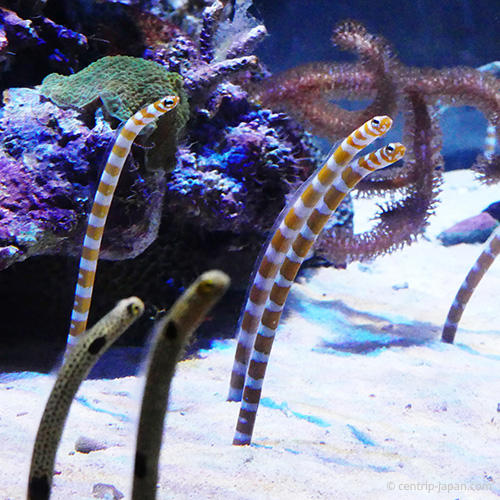 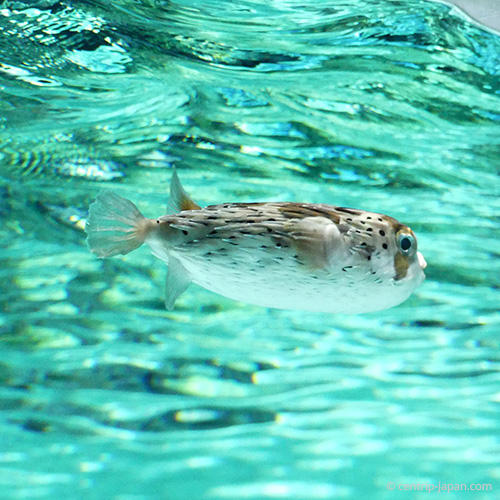 If you ask me “what is the most impressive thing in the aquarium?”, “The dolphin show” will be my decisive answer. As the performance will last 30 minutes, you may want to have some snacks while you are watching it. Take care if your seat is close to the stage, as the waves caused by the dolphins may soak you. 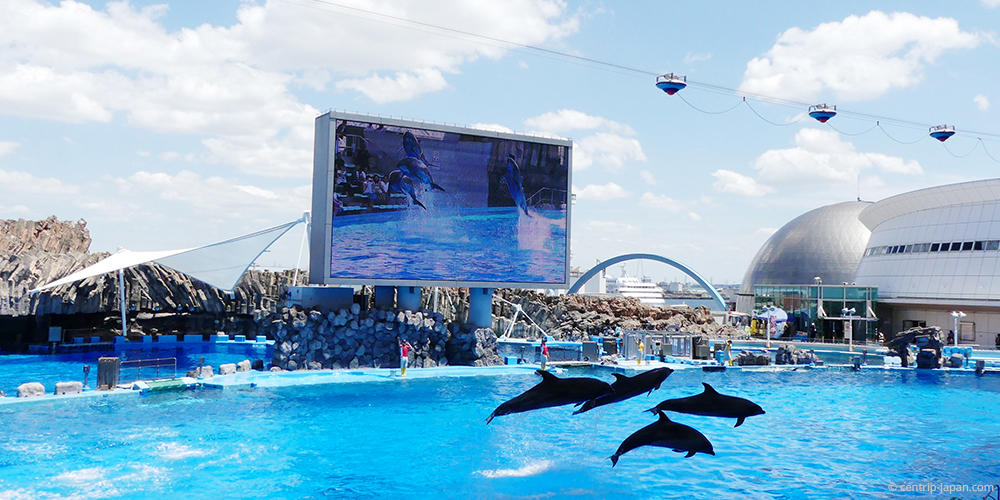 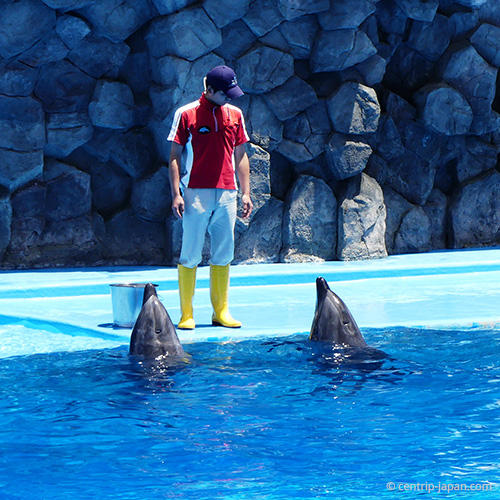 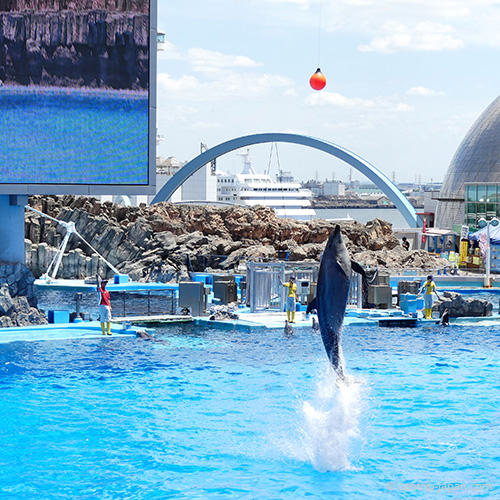 After watching the amazing, huge ocean creatures in the north building, you can take a trip through the Sea of Japan, deep sea, Equatorial Ocean, and Australian waterside to the Antarctic.


You can enjoy the Tornado of Sardines or the Orca training here. The penguin area mimics the Antarctic environment to help the penguins get used to living here. You can learn about how penguins grow up, try to guess the real weight of a penguin egg, and find out how useful penguin feathers are for waterproof insulation. 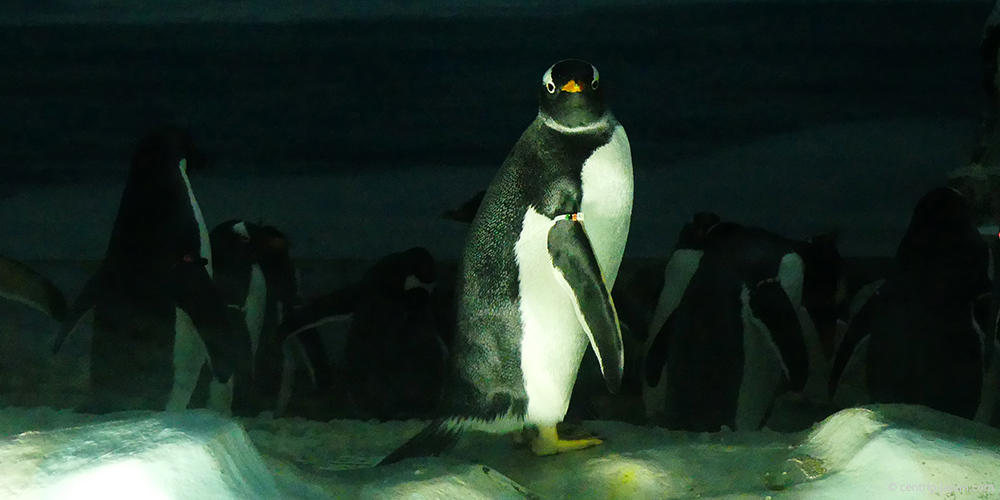 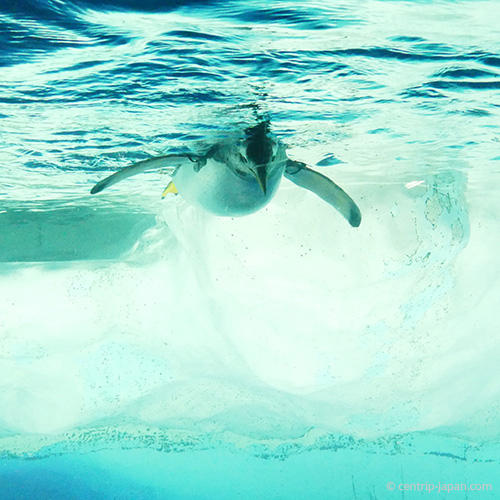 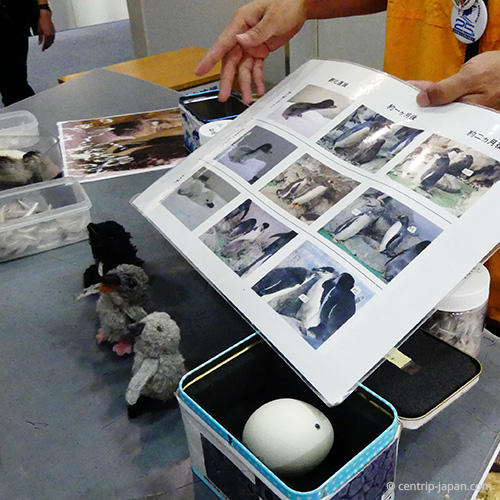 After the aquarium, the next destination is The Fuji Antarctic museum opposite.  The ticket for Fuji is a ship ticket with a special number.


Fuji is the name of the Antarctic survey ship in front of us. It was an icebreaker that supported Antarctic observation from 1965 for 18 years. Now the ship is open to the public, serving as a museum about the Antarctic. 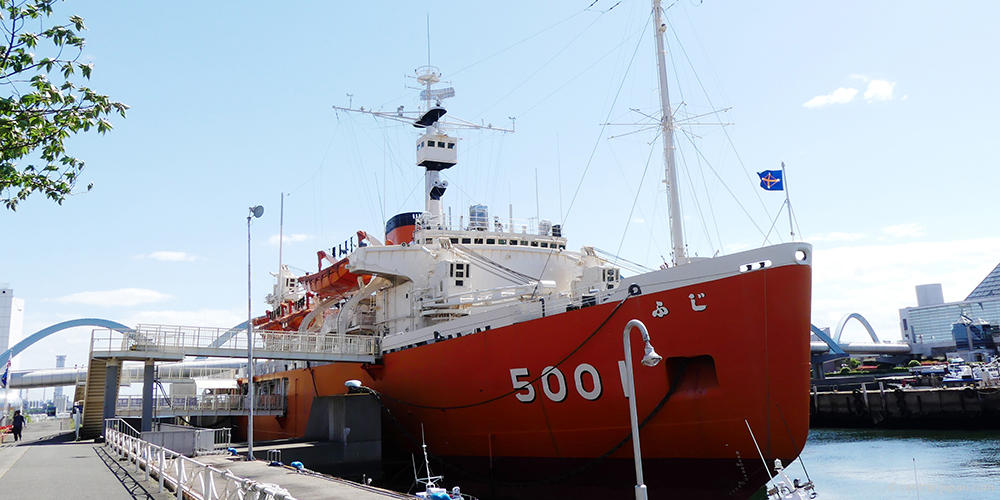 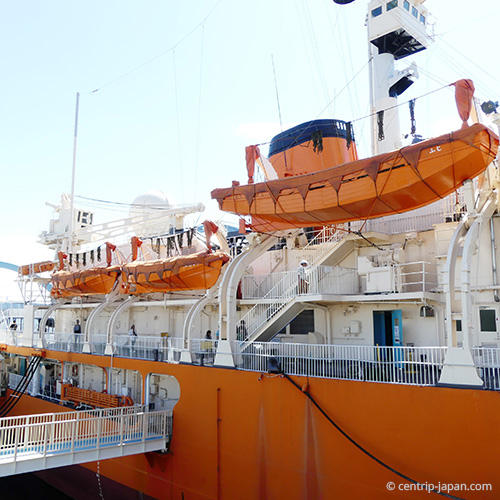 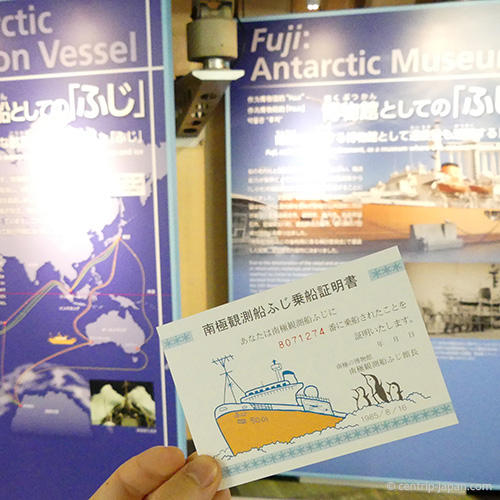 Using wax dummies, there is a reproduction of the crew’s quarters as they were at the time. As well as the bedrooms, there are still many rooms which were necessary for living here, like a barbershop and a cafeteria. You can find almost everything that the crew needed here but it may have been hard to live here for a long time. 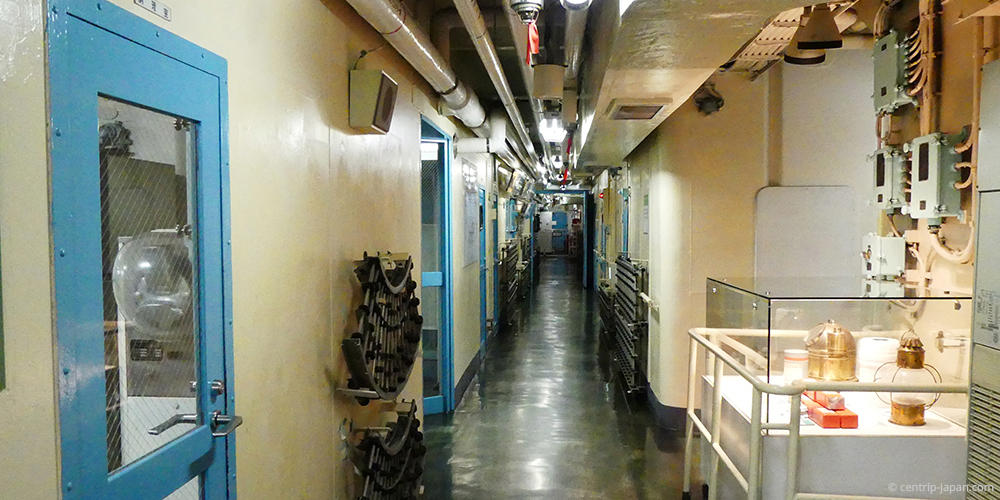 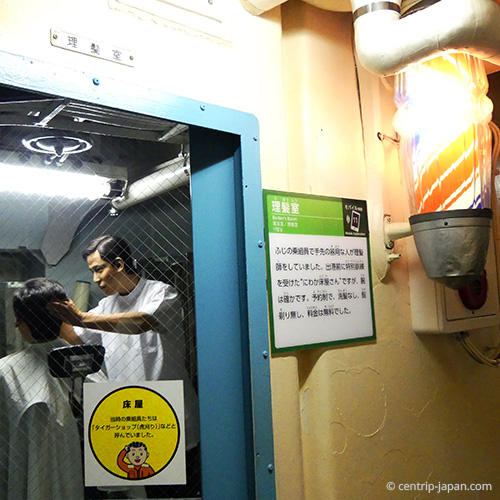 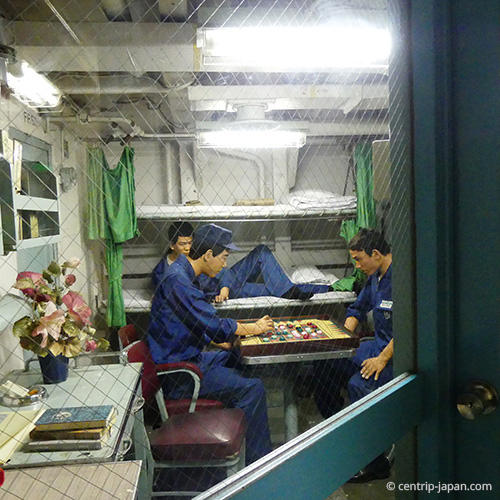 There are some messages engraved on the beds by crew members. 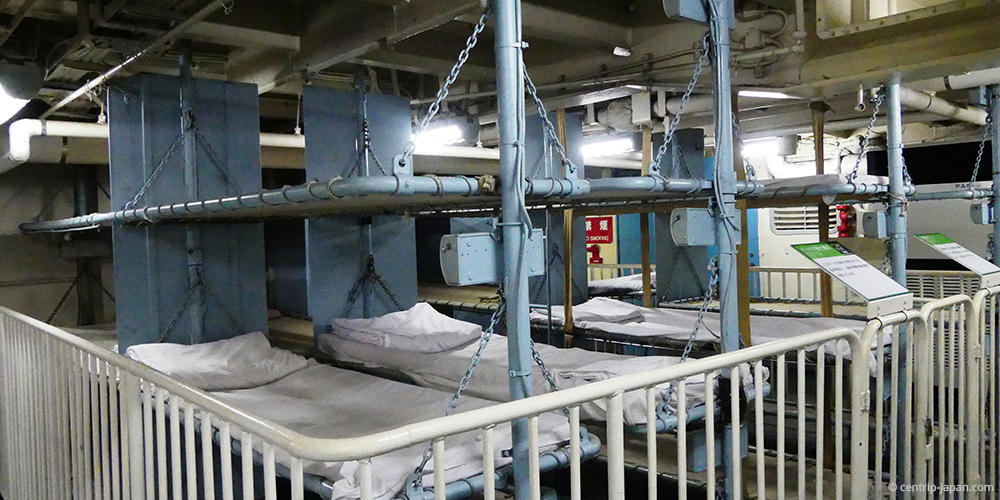 The control room on the top is open to the public too. 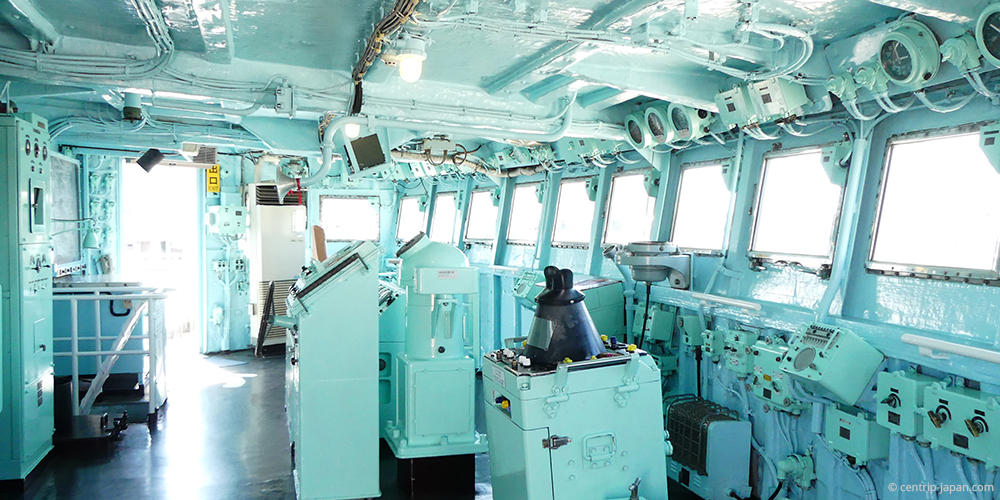 There is a helicopter parked on the deck. According to the information, it belonged to the SDF (Japan Self-Defense Forces). 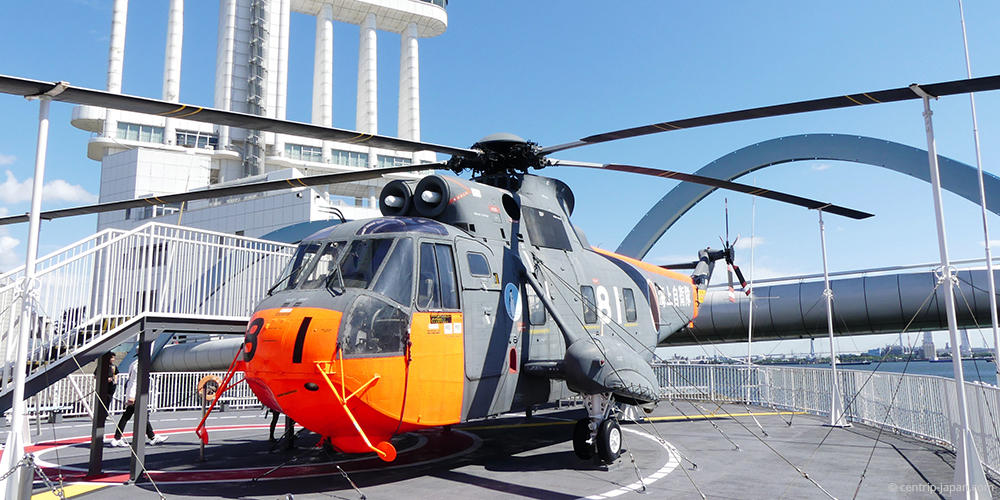 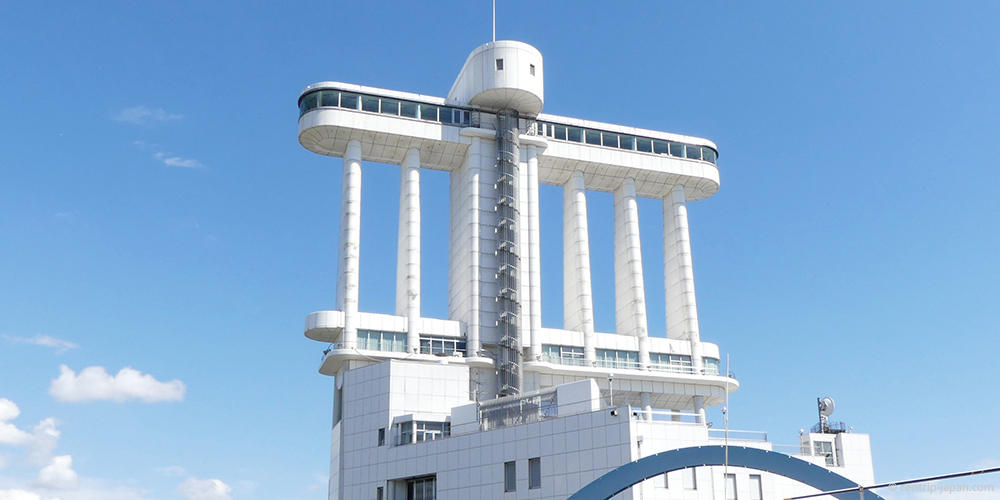 With a design inspired by a sheer white sail-boat floating on the ocean, this establishment is a landmark of the Port of Nagoya.


The 7th floor here is an observation room which is 53 meters above the ground. Because there are no other high buildings in the area, there is quite a good view. According to the information, you even can see Nagoya station from here. 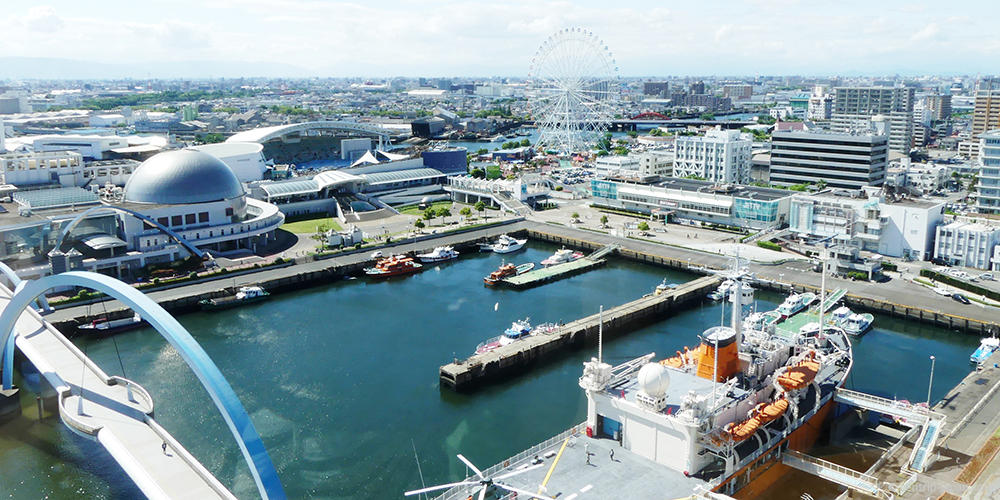 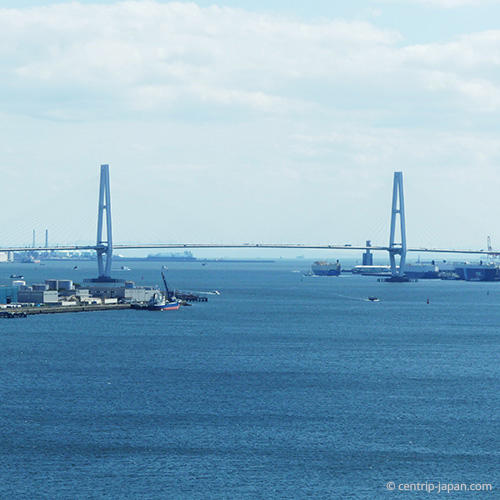 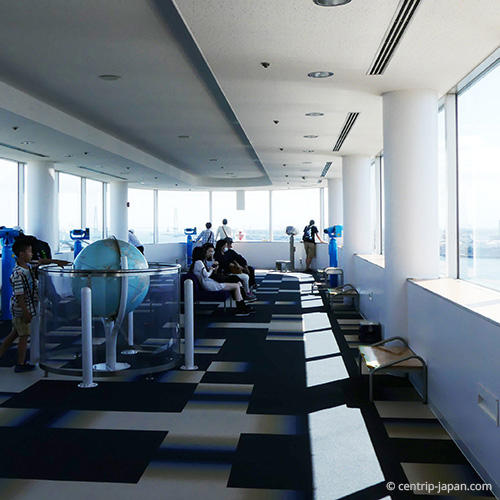 The 3rd and 4th floor are taken up by the Nagoya Maritime Museum. The Port of Nagoya is known as the largest international trade port in Japan. The exhibition here is about the features of the port and the history of sailing.

The total cargo throughput at the Port of Nagoya is currently more than 200 million tons, and it is the only port in Japan with that level of throughput. It is also the top in Japan in terms of international trade cargo and the number of completed automobile exports. 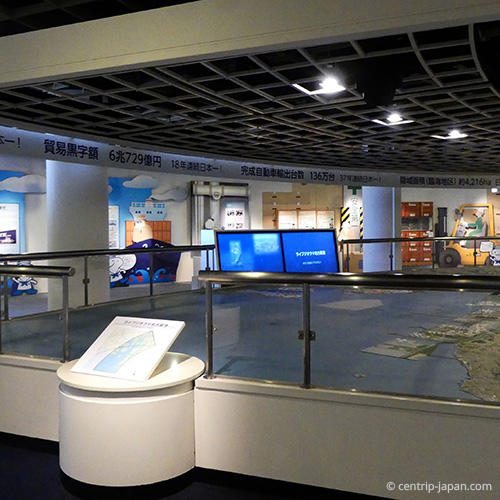 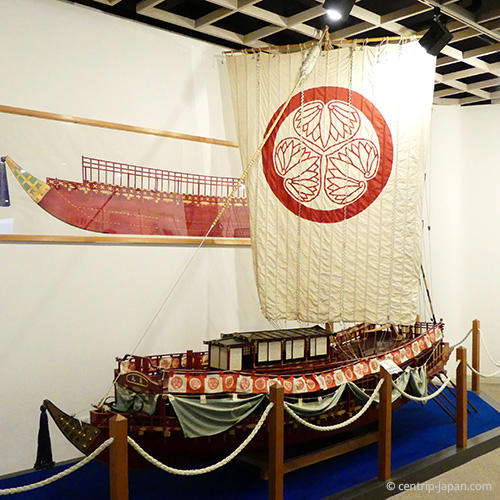 As well as the places mentioned above, you can also find a big Ferris wheel here. It is at the Sea Train Land, which is open to the public for free. One ride will take you 15 minutes. The views of the port from here are different to those from the observation room. It is open until 20:00 (weekdays) or 22:00 (weekends). There will be a light up in the evening.

There are many other attractions here, like a merry-go-round.


At the shopping mall “Jetty”, you can taste Nagoya’s special dishes like Misokatsu(味噌カツ), and fried shrimp onigiri. You will never have a chance to feel hungry! 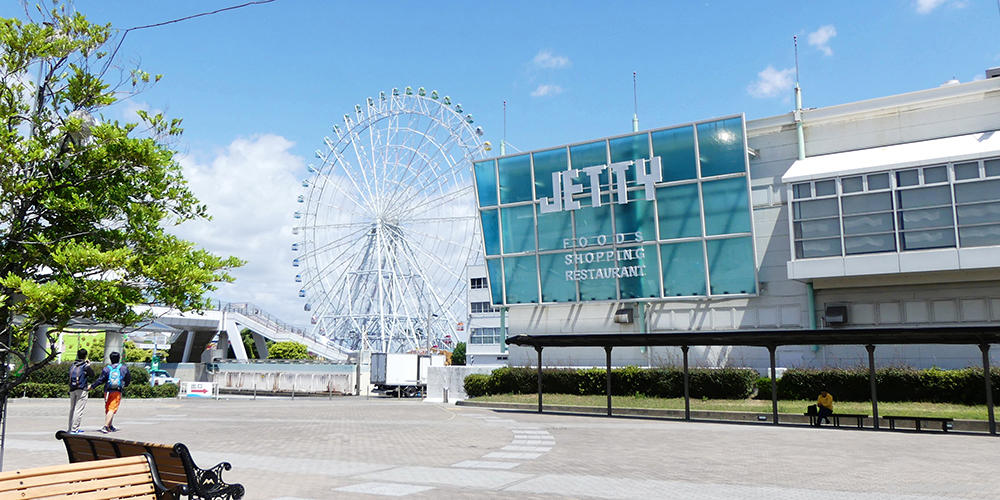 There are various ways to have fun at the Port of Nagoya. I believe that no matter what your interests are, you will have a nice day here.