A Mountain Within A City: Mt. Kinka in Gifu

One of my favourite things to do in Japan is hiking, and there is a diversity in routes and different levels to choose from. Hiking is also a great way to gain insight into a culture and be amongst nature.


I am a fairly good hiker and often go by myself. However, I do not have the gear, don’t speak Japanese and for the most part unprepared, unlike my fellow native hikers. Depending on my destination, I throw things into a backpack bring lots of water and take off more or less around noon. This unpreparedness is suitable for hikes around 2 hours or less, longer than that you will suffer the consequences. Please wear sunscreen, a hat and keep well hydrated before, during and after your hike it is critical. With the rainy season approaching the humidity is up quite high and I wanted to endure some physical activity not far from central Nagoya. Therefore my choice was 329-meter high Kinka Mountain in Gifu City with the reward of Gifu Castle at the top. 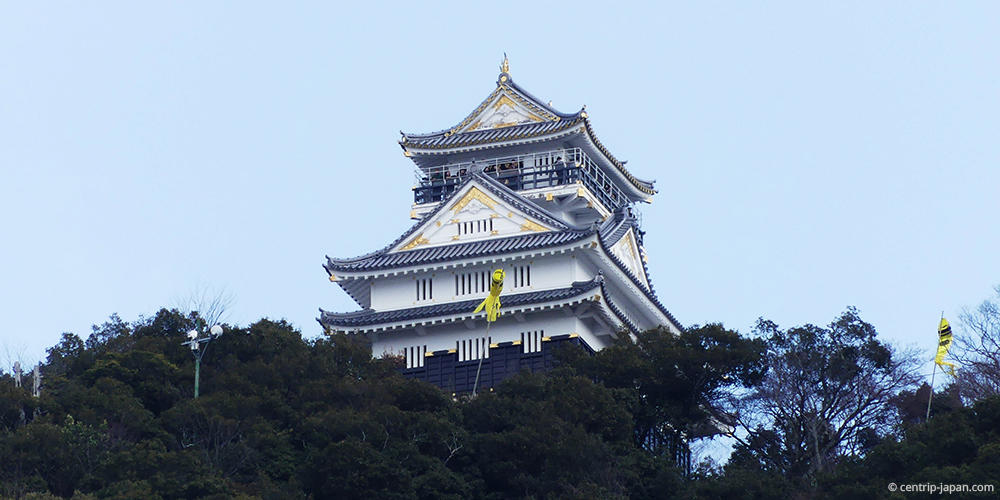 Gifu City is less than 20min on the JR Tokaido line from Nagoya and costs approximately 470¥. You have to take the N80 bus from the station to Gifu Park just follow the clearly identified English signs. For those who are less inclined to hike, you can take the ropeway to the top adults are 1080¥, and children are 540¥. There are so many other great things to do in Gifu City, which is known for their spectacular summer fireworks festival and cormorant fishing on the Nagara River.

I had my eyes sent on Gifu Castle which looks much further than it is. There are about ten trails to choose from, I went with 登山道登り口 (Climbing Road Climbing Port) approximately 1100 meters and took about 40min. A moderate trail and the experience to be on a mountain within a city. The base was loud and busy, soon as you start to incline you to hear birds singing, get sweaty and feel the occasional break of wind. The trail is identified and maintained with a landscape consisting of large rock formations under a canopy of oak, cypress and pine trees. I passed many friendly seniors, families and trendy trail runners, hiking Kinka Mountain can be appreciated by a variety of people and abilities. 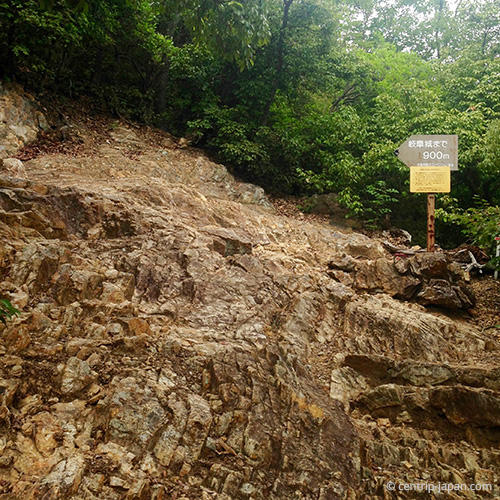 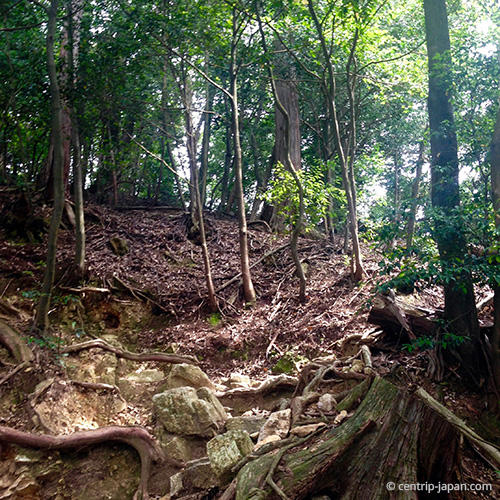 Once you make it to the summit, you can enjoy Gifu Castle, a small shop, restaurant and a Squirrel Village. I skipped the shop, restaurant, and the Squirrel Village but it looked fun. My focus when traveling is more cultural and nature exploration then eating and shopping. Gifu Castle was rebuilt in 1956 by local volunteers however it has a dramatic history of over 800 years. A famous Sengoku General, Oda Nobunaga, became its master in 1567 at the time when the area was called “Inokuchi” and the castle was “Inabayama. Some of Nobunaga general housekeeping was changing the name of the area to Gifu and the castle to Gifu Castle. 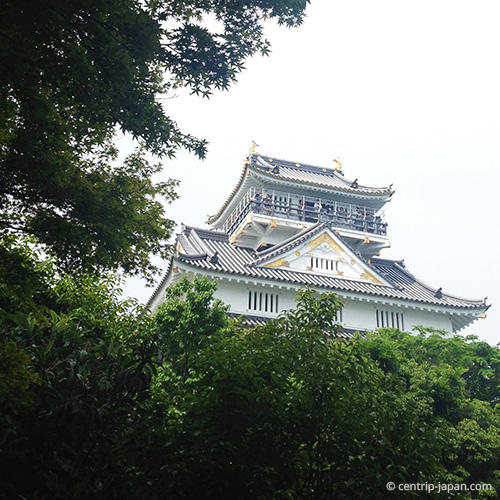 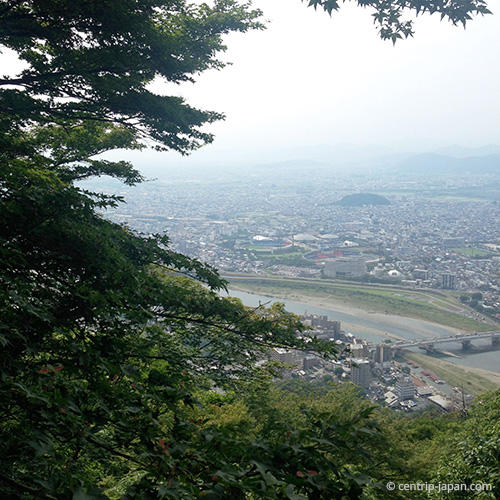 You can enjoy some simple displays and artifacts of the time on the three floors. The fourth floor is the lookout deck. Even on an overcast day during the rainy season, you can see an incredible 360-degree panoramic view of city, mountains and Ise Bay in the far distance. 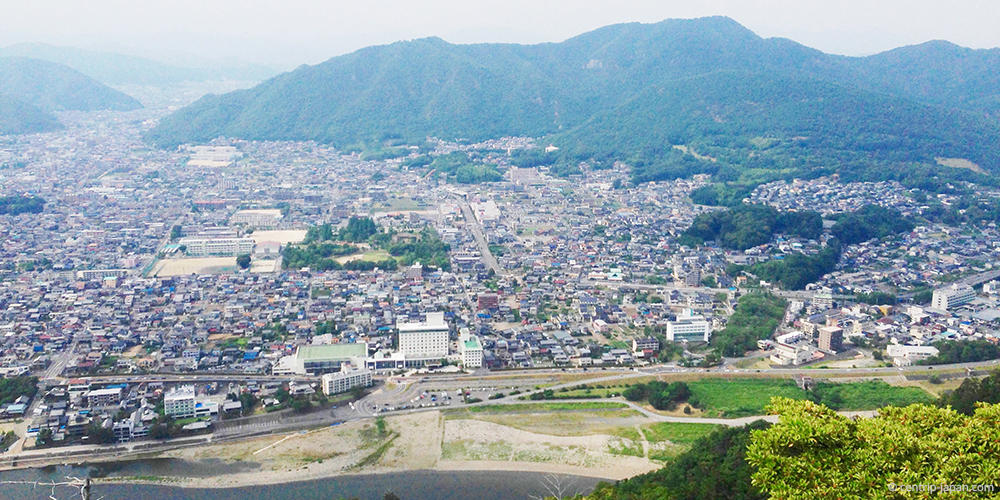 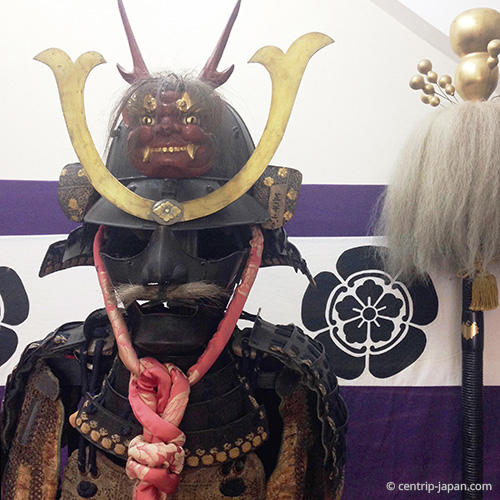 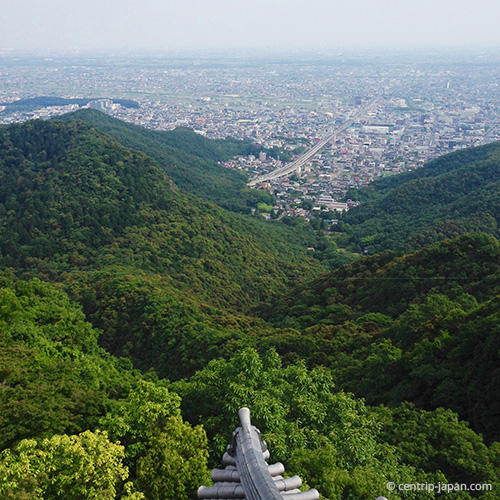 I took a little rest on a bench outside admiring people’s endurance hiking to the top on such a muggy day. I had some time, so I decided to take the steeper route down めい想の小径 (Small Diameter of Meeting), approximately 2300m which took less than 60min. On the way down, it more or less looked the same as going up however I appreciate the views and the fresh air that much more. 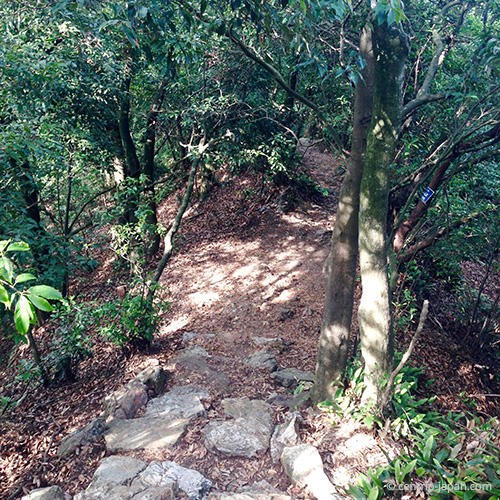 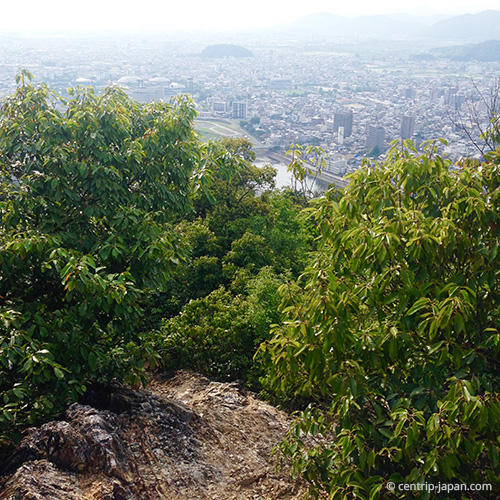 The end and start of the hike or ropeway are in Gifu Park, at the time when I was there, there were many beautiful hydrangeas to admire. I was a little tired and thirsty, so I wanted to catch the bus back to the station as soon as possible. I had a delightful day hiking Kinka Mountain and visiting Gifu Castle, looking forward to exploring more of the surrounding area soon. 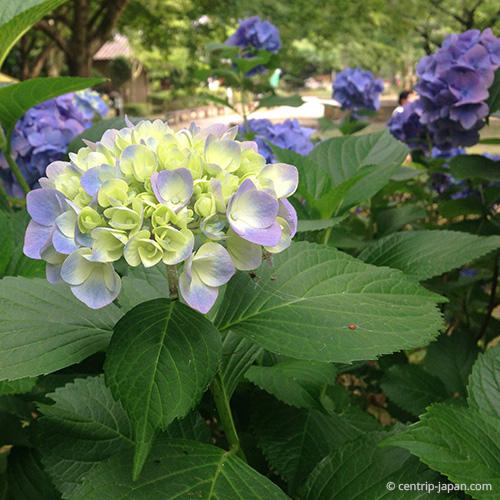 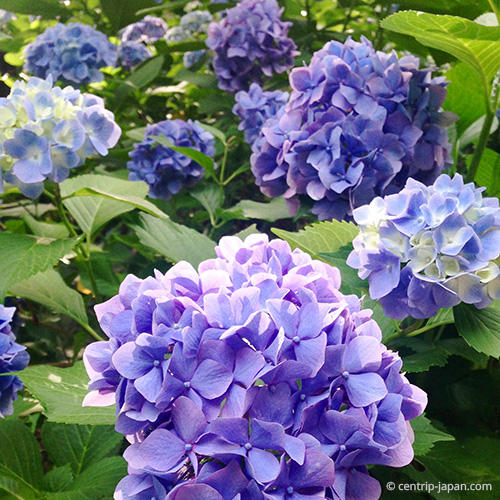