One of the things most people coming to Japan are excited about is, of course, Japanese cuisine. But Japanese cuisine is more than just sushi and ramen (which everyone knows), kaiseki ryori (which everyone wishes they could afford) and fugu (which everyone thinks they want to try). It also includes many unique regional specialties, and these dishes too are prepared with the care and attention to detail typical of Japanese food. 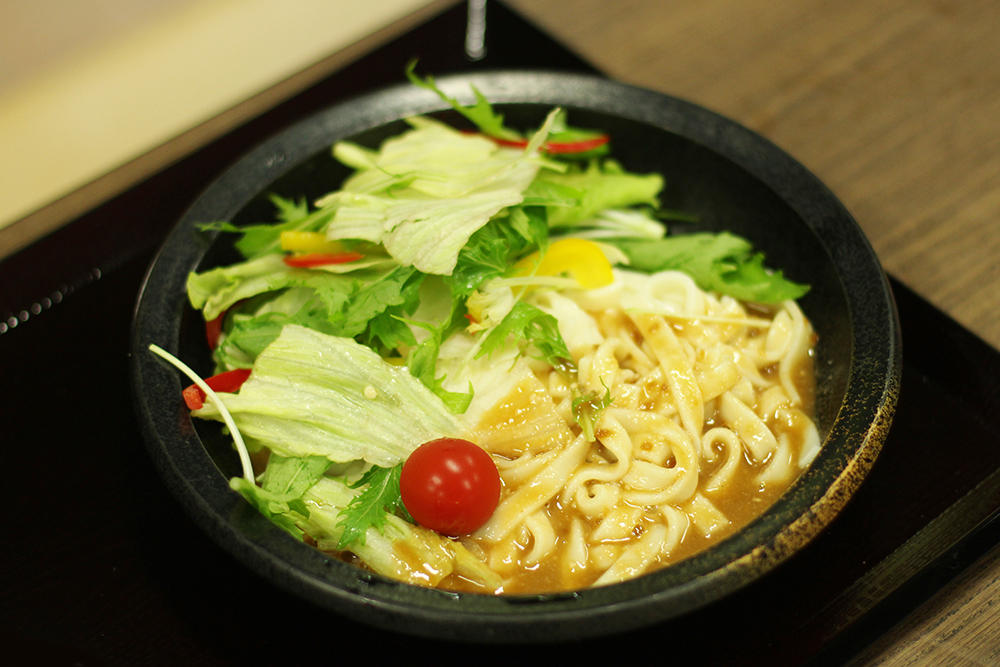 There is a group of dishes unique to Nagoya, called “Nagoya Meshi” (“Meshi” literally means “boiled rice”, but is used as a general term for “food”). Among them is a plain-tasting dish, which is unusual for Nagoya because almost all the famous Nagoya Meshi are strong-tasting.

What is “Kishimen?”: History and Characteristics

This “plain” dish is “kishimen”, a unique noodle made in Aichi prefecture, which lies more or less in the center of Japan (that’s Aichi which lies in the middle of Japan, not the noodles). There have been many attempts to explain where the name “kishimen” comes from. One idea says that there was a kind of noodle called “kijimen”, which was cooked using the meat of the Japanese pheasant (the bird is called “kiji” in Japanese). Another idea says that the lord of Kisyu Domain (which is now the area around Wakayama prefecture) often brought a kind of noodle to the lord of Owari Domain (which is the area around Nagoya city today), and people then called the noodle “Kisyu-men”, which then changed to “kishimen.” The kishimen noodles, and various dishes prepared using them, look a little like udon, the thick wheat noodles you can find all over Japan. The difference with kishimen is that the noodles are flat. This might not seem important, but it makes a big difference. When we visited the Miya Kishimen factory (see next part) and asked a factory manager about this, he told us that the flat noodles offer more surface for the soup or sauce to stick to, thus producing the deeper taste which gives Nagoya Meshi its appeal. It also makes the noodles easier to eat if you are not an expert with chopsticks, and easier to slurp if you want to eat them like the locals do.

Visiting the Factories of “Miya Kishimen”

Today I’d like to tell you about “Miya Kishimen” (or 宮きしめん), which represents a long tradition of kishimen in Aichi. Among the kishimen shops in Nagoya, Miya Kishimen has a special connection to Atsuta Jingū, one of the country’s most important shintō shrines. More on that connection a little later. In order to gather information about Miya Kishimen, we visited the factories in Toyota city and heard some interesting ideas and stories from the factory manager. The reason why the factories are located there is that there is a plenty of good, soft ground water, which is one of the most important things required to make noodles. Kishimen is made in the following way: first, workers mix wheat flour, salt and water to make the basic shape of the noodle, and roll it out. The thickness of the basic shape is 1.5 cm at first, but after rolling several times, it becomes much thinner at 1.5 mm. Following this, the product is cut to a width of 5cm, dried, packed and checked by means of x-ray, and finally shipped out. This factory makes kishimen for shops, and the method is slightly different to the method used in restaurants, according to the factory manager. 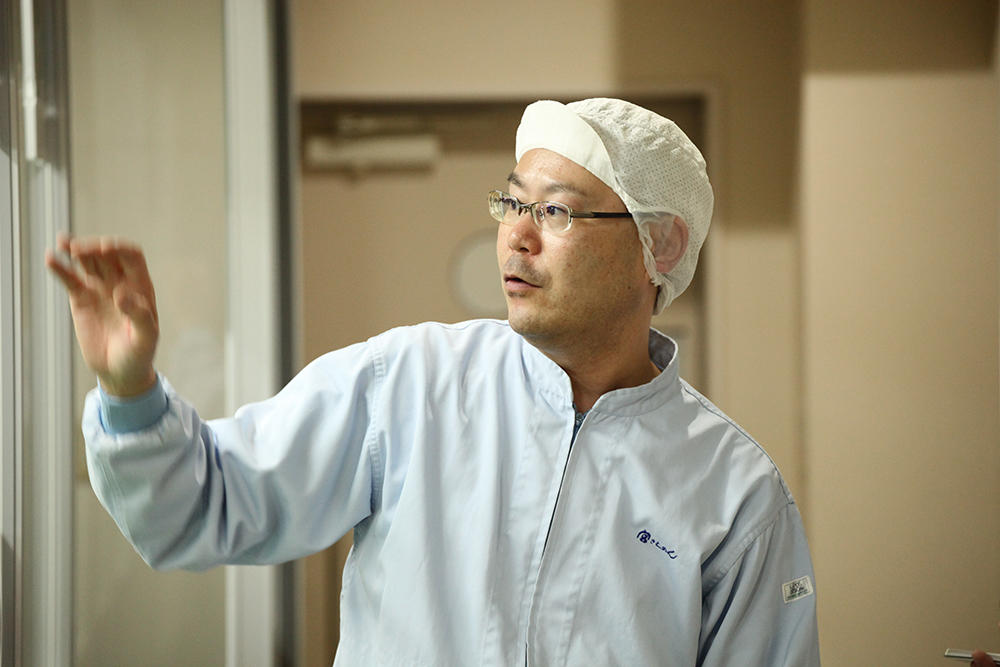 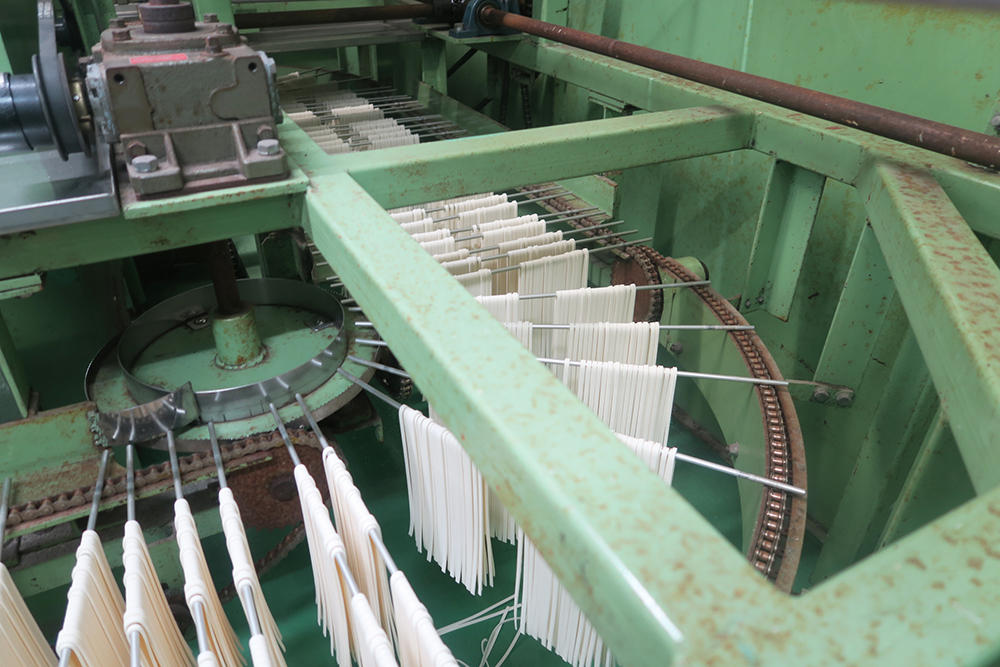 They are also very careful about food hygiene. I was given special permission to enter the factory to observe and to take pictures. Upon entering, I had to wear a special cap, masks, and white coat, and change my shoes. After that I was required to enter an air shower for ten seconds to remove specks of dust. After leaving the booth I then needed to remove any remaining dust on my head, arms and other parts of the body with an adhesive cleaning roller. Finally I washed my hands and was allowed to enter. Following these procedures ensures that the high level of food hygiene is maintained.

Enjoying “Miya Kishimen” at the Restaurant in Atsuta Jingu Shrine

After we finished our tour of the factories, we visited the branch of Miya kishimen restaurant in Atsuta Jingu Shrine. The seats and tables of the restaurant are outside, so you can eat delicious kishimen while surrounded by deep green forest. Recently the number of foreign visitors has been increasing, so restaurant staff receive their orders by gestures and confirm them in easy English. 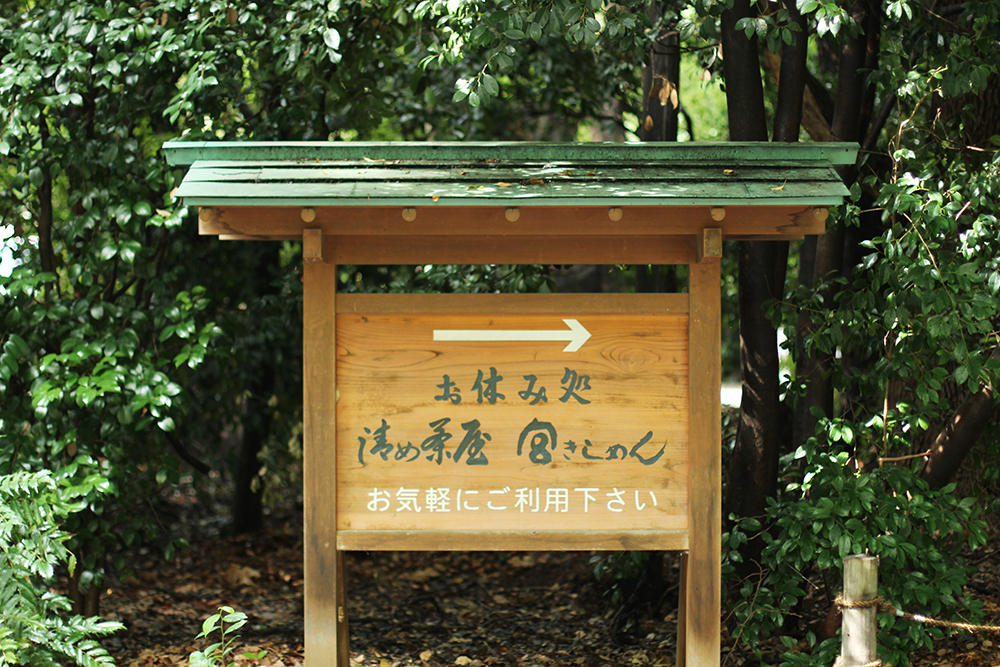 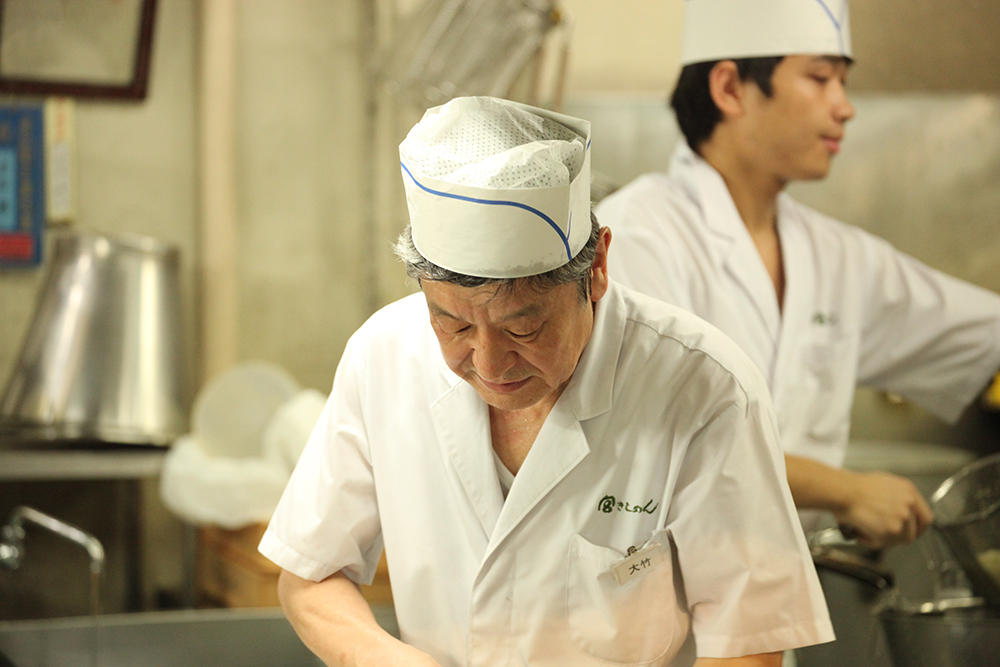 Earlier we talked about a connection between Miya kishimen and Atsuta shrine. The kishimen company has been granted permission to serve noodles within the shrine’s precincts and call its product “Miya kishimen.” If you are a student of the Japanese language, you will probably be aware (and frequently frustrated by the fact) that most kanji can be read in more than one way, which can lead to a lot of confusion; even the Japanese themselves sometimes get the readings wrong. The kanji 宮, meaning “shrine”, can be read both as “gu” (it is read this way in the “gu” of “Atsuta Jingu”), but it can also be read as “miya”, as in the city of Ichinomiya, not far from Nagoya. This is why the noodles sold in Atsuta Shrine are known as “Miya kishimen”. 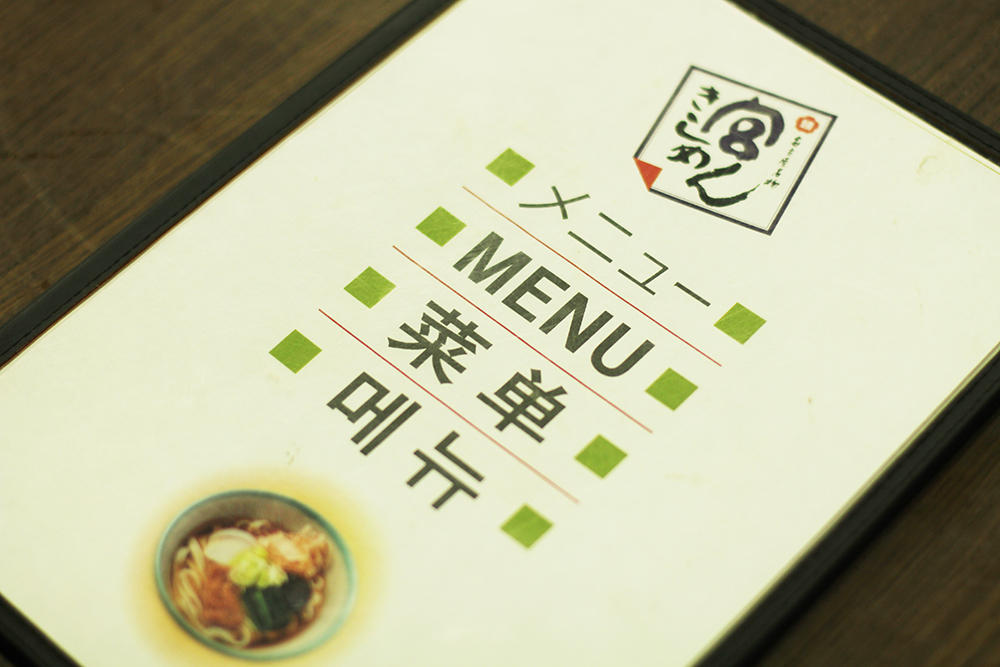 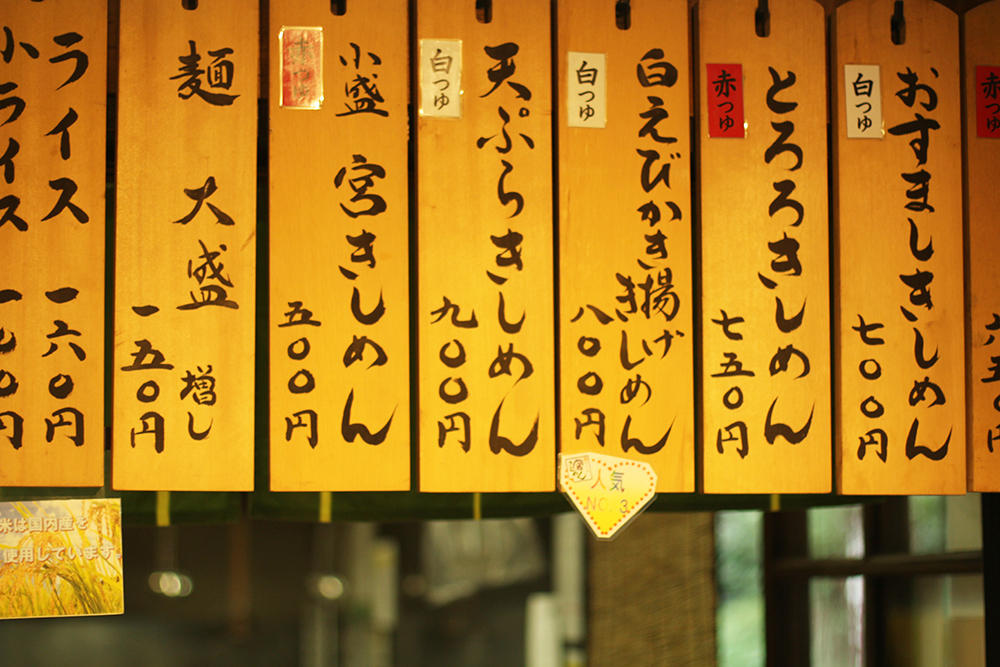 There are various kinds of kishimen dishes available here, so it is worth taking your time to look over the options. A shrine is a place to take your time and contemplate, so it would make sense to do the same with your food. 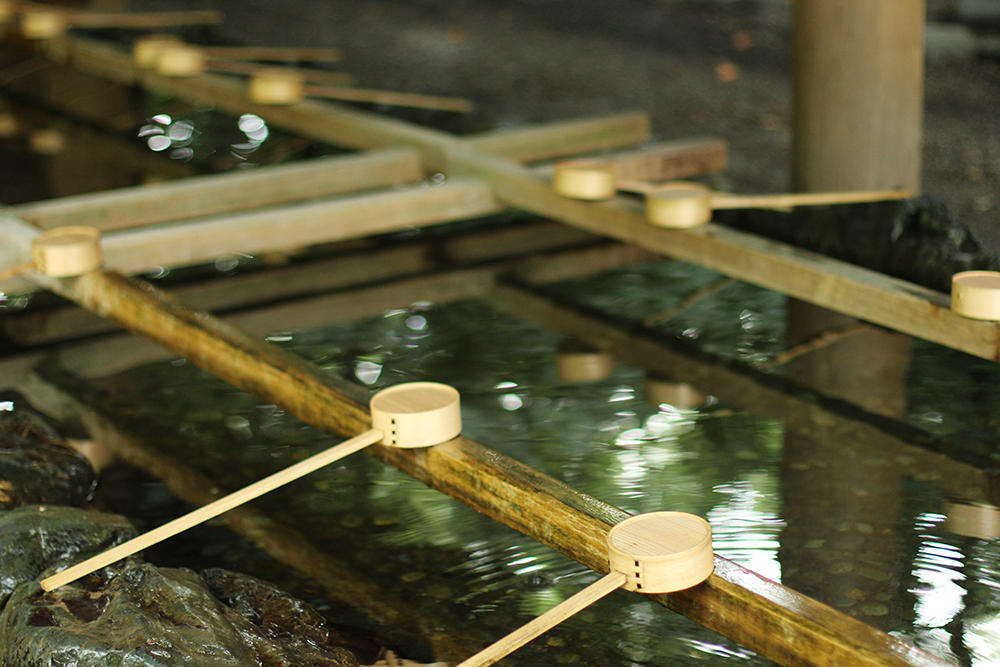 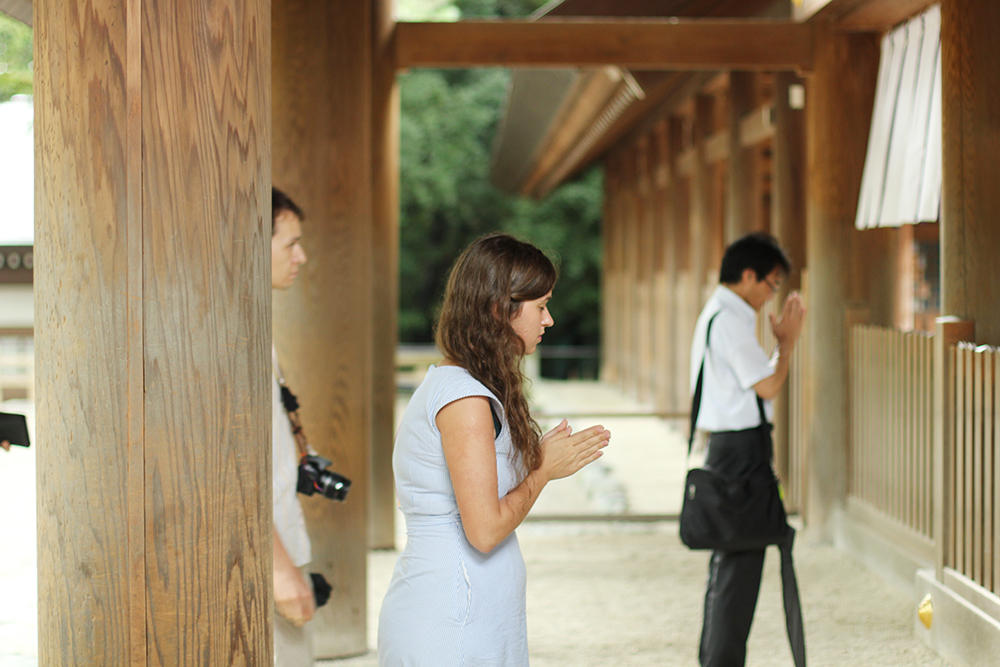 If you happen to be vegetarian and want to try kishimen at Atsuta shrine, you need to pay attention to what goes into the bowl. The noodles themselves are fine, but generally, the soup stock that is used is fish-based. You may be able to ask for an alternative to the soup stock in the restaurants of “Miya kishimen”; a sesame-based dressing called “gomadare” is one example.


As usual in Japan, there isn’t any clear ingredient labeling in English, but the Miya Kishimen restaurant at Atsuta Jingu shrine at least has English descriptions and photographs for the most popular items, which makes ordering easier. 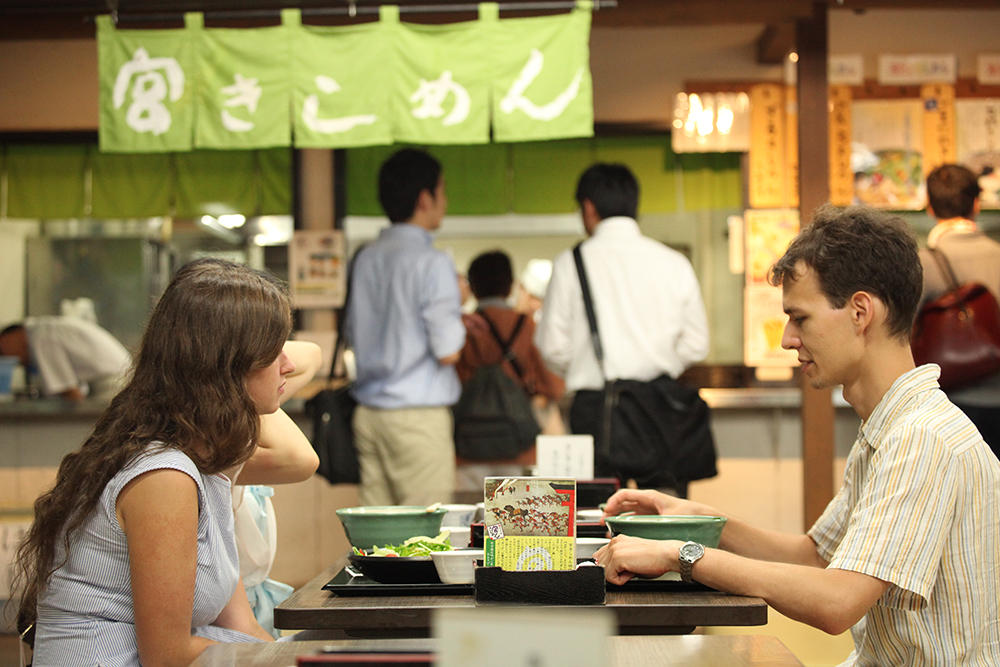 If you want to really experience Japanese culture, why not try eating Miya kishimen at Atsuta shrine?