2018 Central Japan Events for June : Don’t miss out on the Hydrangea and Yukata festivals.

June sees the first stages of summer in central Japan, and the number of flower-related events is increasing. There are also many typically Japanese events featuring Yukata and kabuki.
This time we will introduce the Inazawa hydrangea festival in Aichi, the Shimoda Park hydrangea festival in Shizuoka, as well as street kabuki in the streets of Inuyama and the Akasaki festival in Mie.
Let’s decide where to go this month! 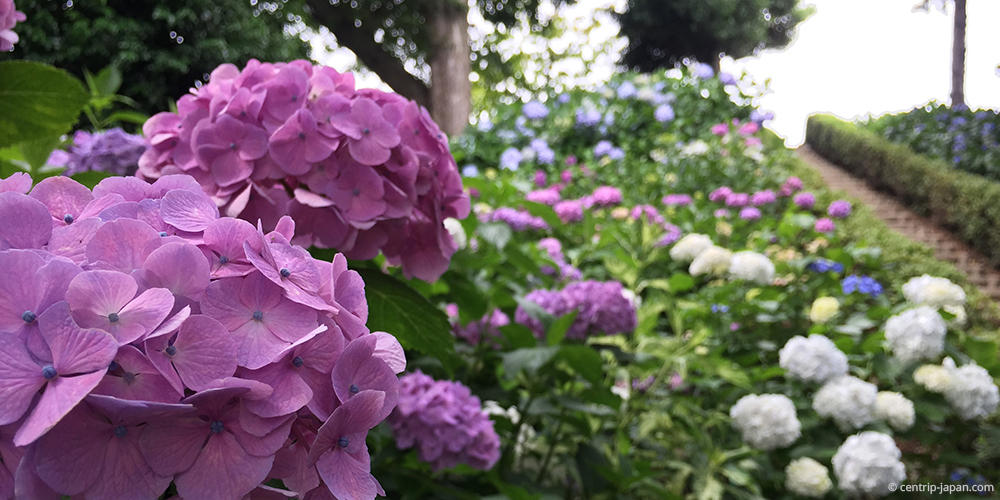 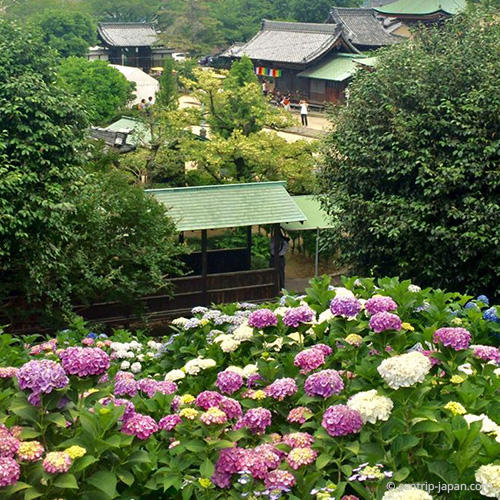 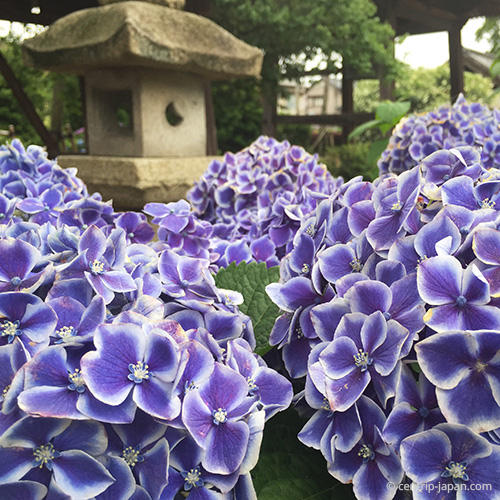 Do you want to see Japan’s hydrangeas in full bloom?
Inazawa’s hydrangea festival will be held at Otsukashokaiji historical park and Shokai temple.
Featuring 90 varieties of hydrangea and ten thousand actual bushes proudly cover the whole area. It’s a great chance to get some photos for Facebook, Instagram, etc.
Furthermore, Shokai temple holds important cultural assets which will be on display during the period of the hydrangea festival, so why not enjoy the combination of history, culture and nature? 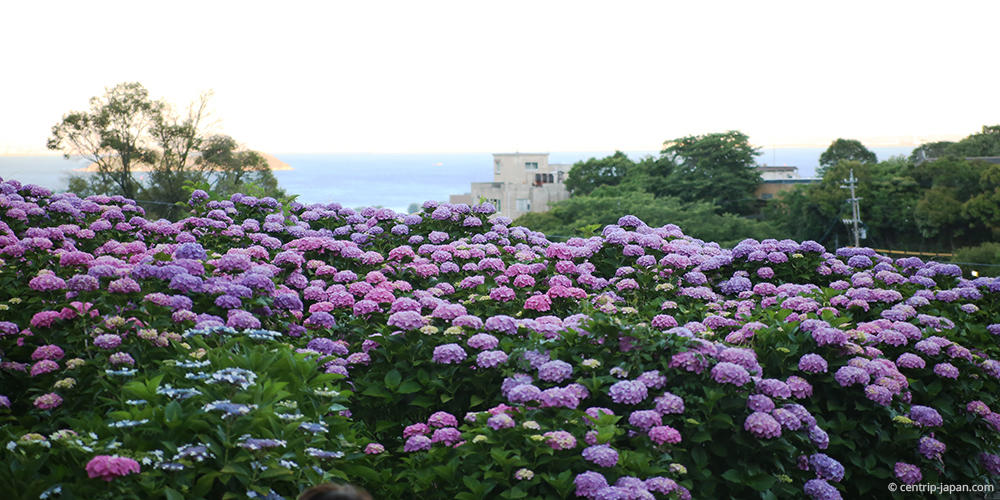 Are you ready for something even bigger and better? Then come to Shimoda park!
Winding their way across the paths of this wide park, 150,000 bushes and some three million flowers, featuring over a hundred varieties of hydrangea, provide a near-kaleidoscopic vista.
Furthermore, Shimoda park lies next to Shimoda port, so you can enjoy the hydrangeas while also exploring the city and port of Shimoda.
On June 10,17 and 24 (all Sundays), you can take part in making flower windmills and experience the Shimoda drum performance. As well as this, the middle of June sees the “kinmedai festival”, so after you have feasted your eyes on the hydrangeas, feast your tastebuds on kinmendai (splendid alfonsino)
We really recommend coming to Shizuoka during this period.

【Inuyama city】East meets west as “street kabuki” from the Meiji period puts on a performance of “Romeo and Juliet”.

Have you ever heard of “street kabuki?”
Kabuki is one of Japan’s best known art forms and is considered an important cultural asset. As a form of classical theater, it is currently seen as somewhat arcane, but originally it was a form of entertainment for everyday people. Just like you and me!
In order to make kabuki seem more approachable, we present“street kabuki”, a popular form of kabuki from the Edo period. This bucks convention with a performance of “Romeo and Juliet”. Performances are given every Sunday so if you come to Meijimura, don’t miss this “Kabuki meets Shakespeare” event!

4.【Mie Prefecture】Akasaki festival
Yukata plus stalls plus twigs to ward off evil : a very Japanese festival!

The origins of this festival date back to ancient times. When an epidemic struck the local area, people hung twigs from their doors to request protection from misfortune. This tradition has continued to the present day, and every 22nd of June it takes the form of the “Akasaki festival”.
On the day of the festival, some one hundred stalls are lined up, and with participants clad in yukata, the festival is also known affectionately as the “Yukata festival”.
At the entrance to the shrine, cedar twigs to ward off misfortune are on sale. Why not take one and experience this very Japanese festival?
(Note : anyone can buy a cedar twig, but taking them back with you may involve an inspection at customs. Please bear this in mind).