Toyota Commemorative Museum of Industry and Technology: A History of Technological Leaps and Bounds!

The name Toyota is synonymous with automobiles. In Aichi Prefecture you can find Toyota's headquarters and four Toyota-related museums. the Toyota Commemorative Museum of Industry and Technology (hereinafter called TCMIT) has the entire history of textile machine and automobile development and Toyota on display. Join us as we introduce TCMIT. 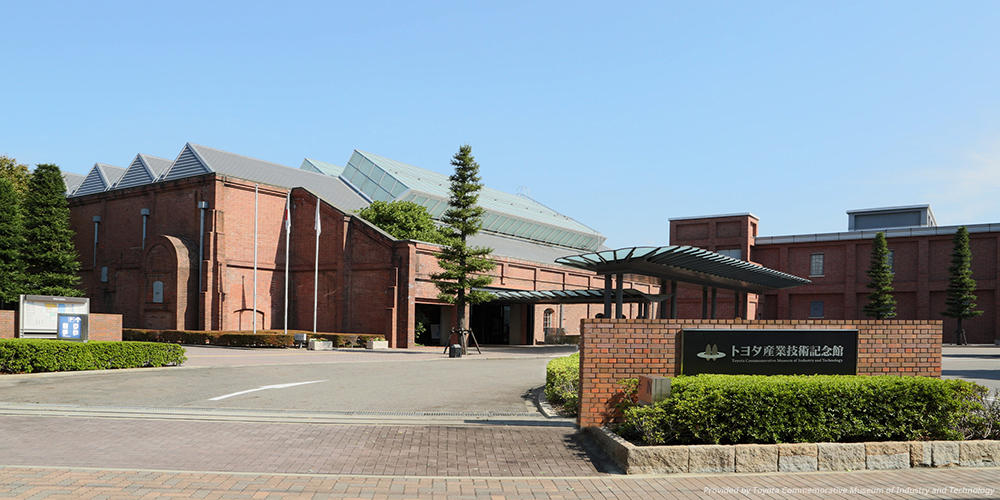 When you think of Toyota, everyone's first impression is of the automotive industry, but do you know that Toyota started in the textile machine industry? The First Toyota group company was named Toyoda Boshoku and is still one of the important industries for the Toyota group. In fact, TCMIT was built and preserved part of the factory of Toyoda Boshoku retaining its original appearance as an industrial legacy.

TCMIT has exhibitions on all aspects of Toyota's industries, from the early textile industry to the automotive industry as well as the machinery used in production, and showcases their amazing advances in the development of the textile and automobile industry. Machine demonstrations are held on-site, and you can get hands-on experience bringing them to life with your own hands. This makes a rather dull exhibition into an exciting interactive experience! TCMIT is full of rich content that is perfect for sightseeing trips, visits by families, or group trips with friends, and is also recommended for day trips from Nagoya! 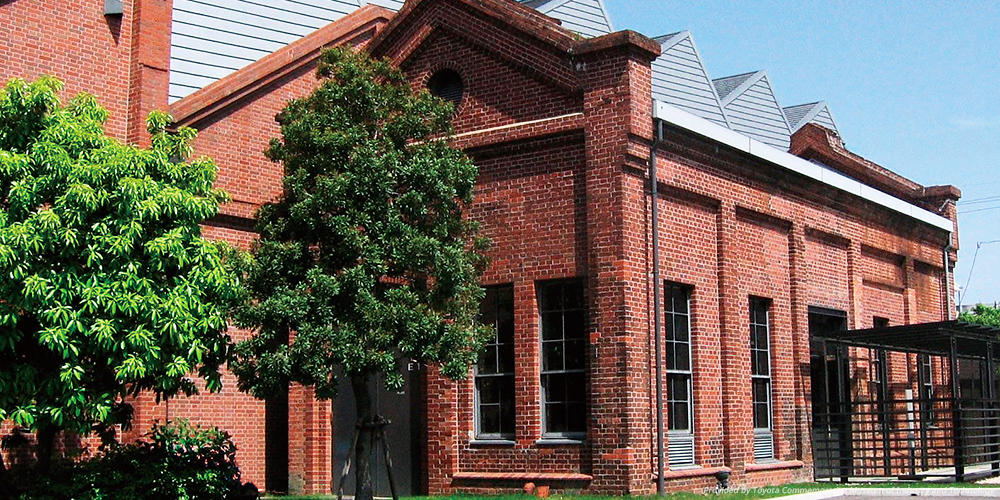 TCMIT is a 3-minute walk from Sako Station on the Meitetsu Nagoya Line. When you arrive, you'll be immersed in the historical atmosphere of TCMIT. The huge red brick building is TCMIT's main building and was once an actual factory.

Tours are available in Japanese or English (English guide availability: Textile Machinery Pavilion 2:00pm, Automobile Pavilion 3:15pm). You can also rent audio guides at the ticket counter for ¥200, and you can choose from Chinese, Japanese, English or Korean.
Or check out the app and avoid the lines and fees. (Available on iOS & Android) Just download the "TCMIT Audio Guide" app! 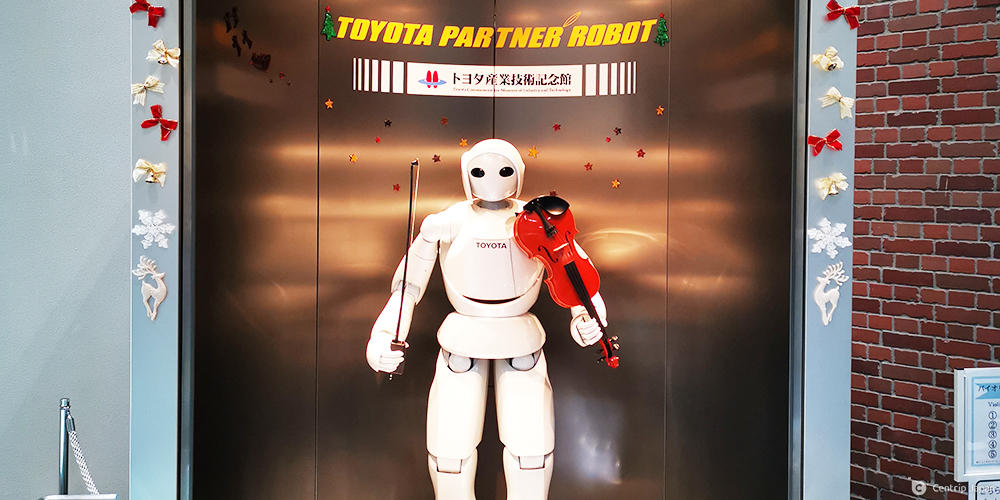 Upon entering the exhibition room you'll see a robot standing next to the door with a violin. The robot has big hands and feet but plays the violin with the skills of a mechanical virtuoso. To have a robot play one of the most difficult instruments in the world is an amazing display of Toyota's engineering confidence.

Exhibition Halls and Other Facilities

The Toyota Commemorative Museum of Industry and Technology is a two-story building that consists of two main parts, the Textile Machinery Pavilion, and the Automobile Pavilion. 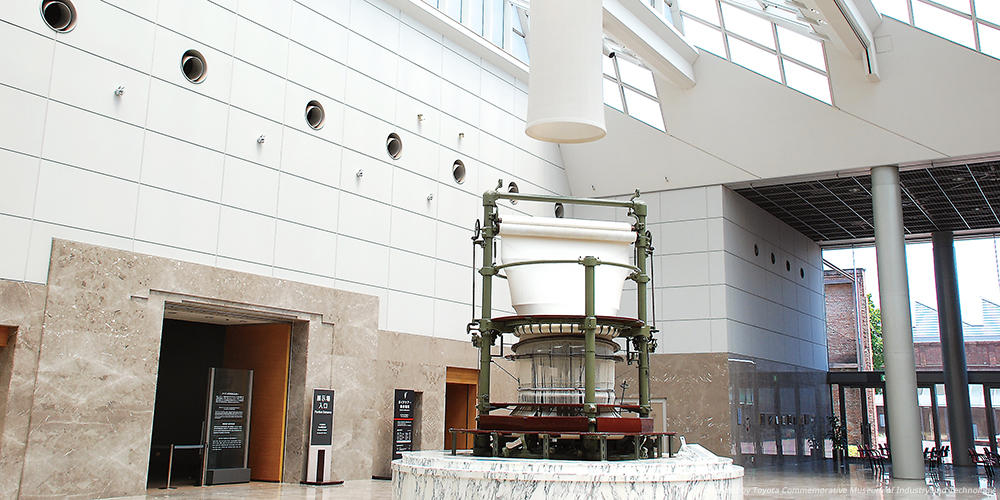 When entering TCMIT, the most prominent item in the collection is the circular loom, invented in 1906 by Toyota group founder Sakichi Toyoda, and is designated as a Japanese Essential Historical Materials for Science and Technology. The development of a loom using a circular motion as opposed to a horizontal movement made weaving quieter and more efficient. In an era where imitation of western technology was the norm this innovative new machine shows the technical prowess of the Japanese at that time. A hundred years later, today, the loom still exists as proof of Toyota's innovative development in the textile machine industry.

At the Textile Machinery Pavillion, you can take a retrospective look at a century of Toyota's history in textiles. 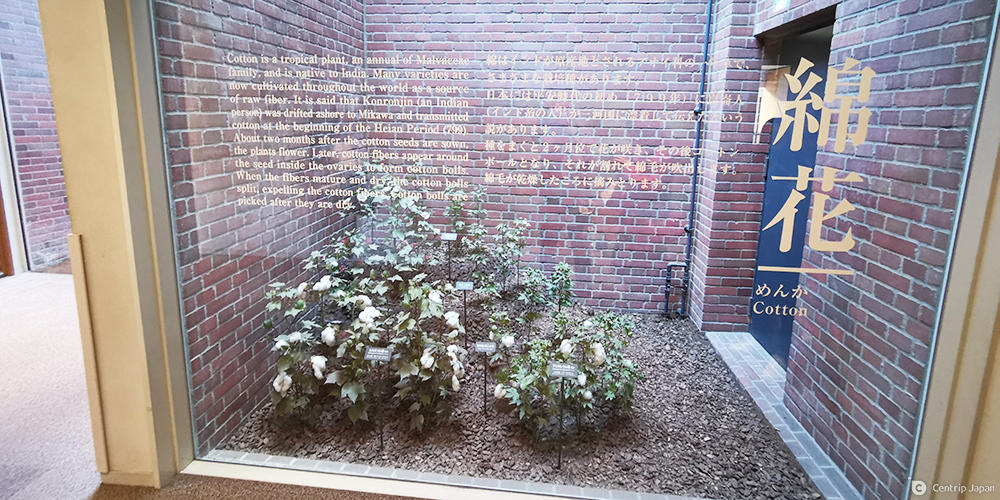 The story begins with cotton. Cotton was introduced to Japan from India and weaving began with ancient spinning tools (based on imported goods from overseas), leading to the birth of modern spinning machines, and the invention of Toyota's Looms. 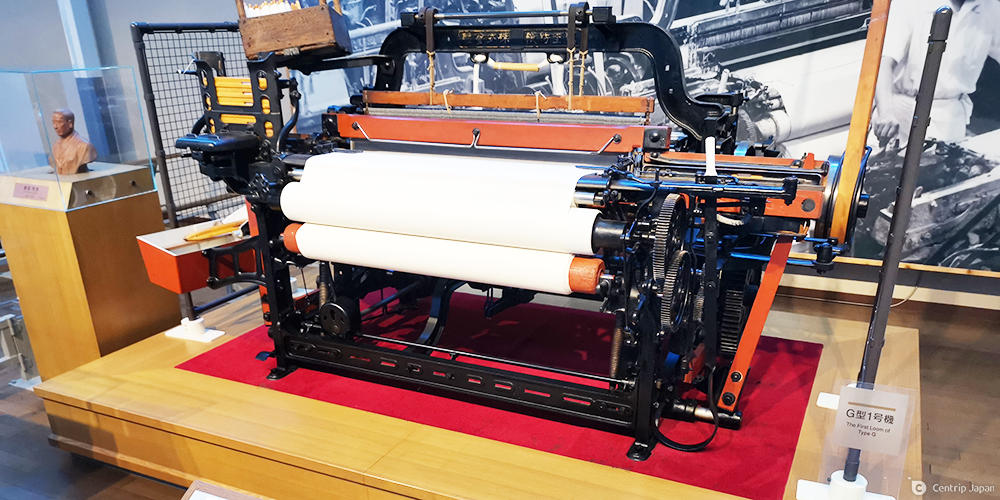 The most significant of the looms is the Toyota Type G automatic loom, which drew attention from around the world. The emergence of this loom was the beginning of a new era in textile automation. The Type G automatic loom was developed by Sakichi Toyoda in 1924, and five years later Toyoda Automatic Loom Works concluded a patent rights transfer agreement with Platt Brothers in the UK that provided production and marketing rights of the Type G automatic loom in countries except for Japan, China, and the United States, for 1 million yen. This influx of capital provided, Kiichiro Toyoda, the founder of Toyota, with the capital required to pursue his dreams of automobile development. 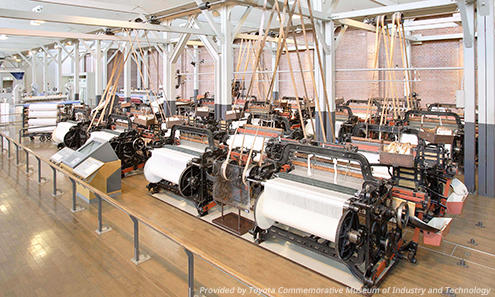 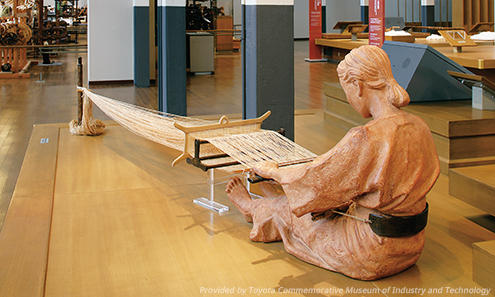 Nearly 100 different types of Toyota looms are on display; even more shocking is that all the equipment in the building is fully operational! 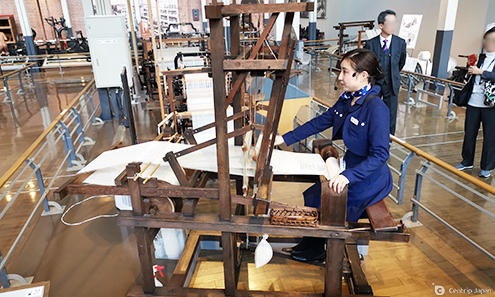 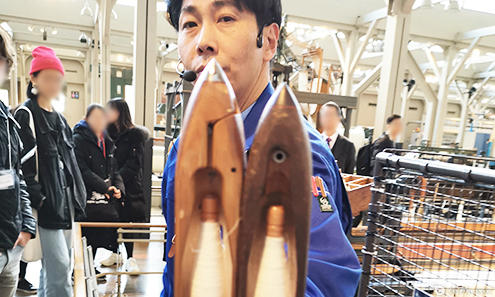 Many demonstrations are available for the operation of various weaving machines. 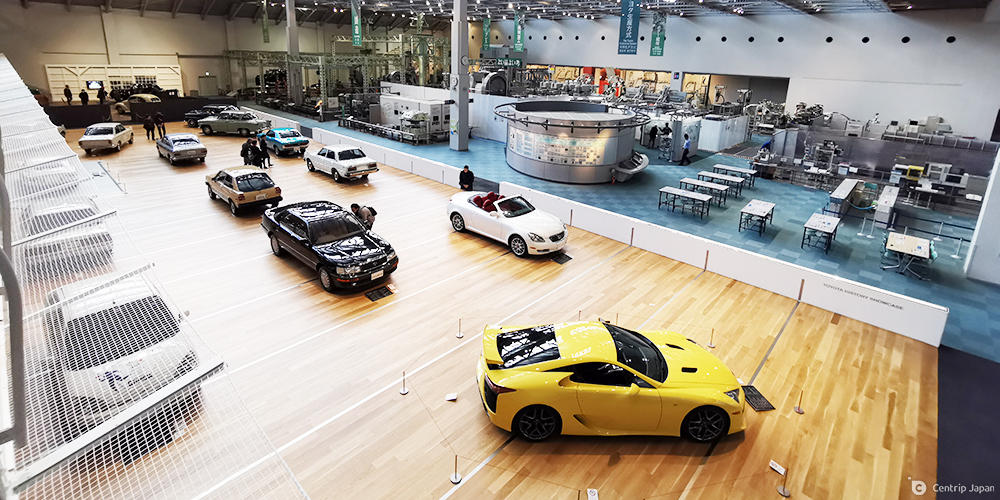 Fans will be familiar with the cars in TCMIT. Many of Toyota's historic models on exhibit, as well as a large number of large-scale models for car production.

In the Automobile Pavilion, the exhibition starts with the original Toyota passenger cars and trucks to Toyota's well-known models to the latest hydrogen automobiles. 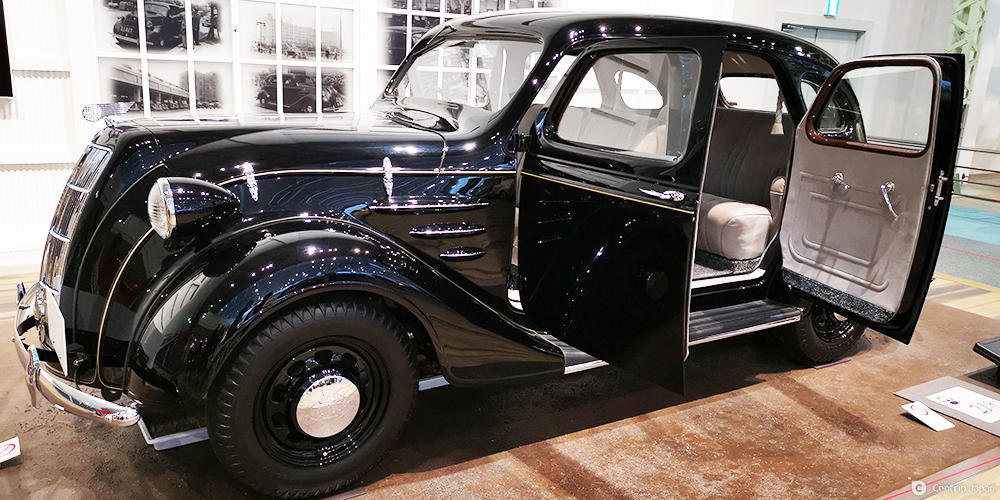 The AA sedan is the first mass-produced passenger car made by Toyota in 1936. It has a double door design and remains quite fashionable to this day. 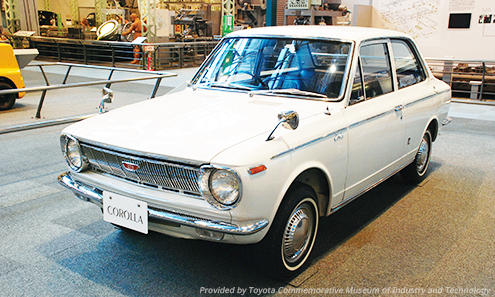 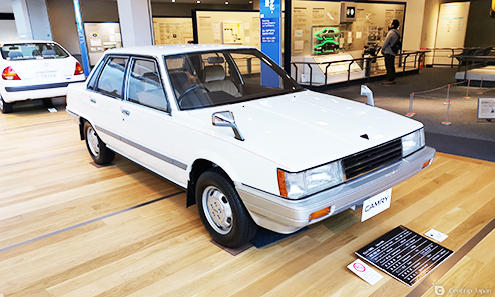 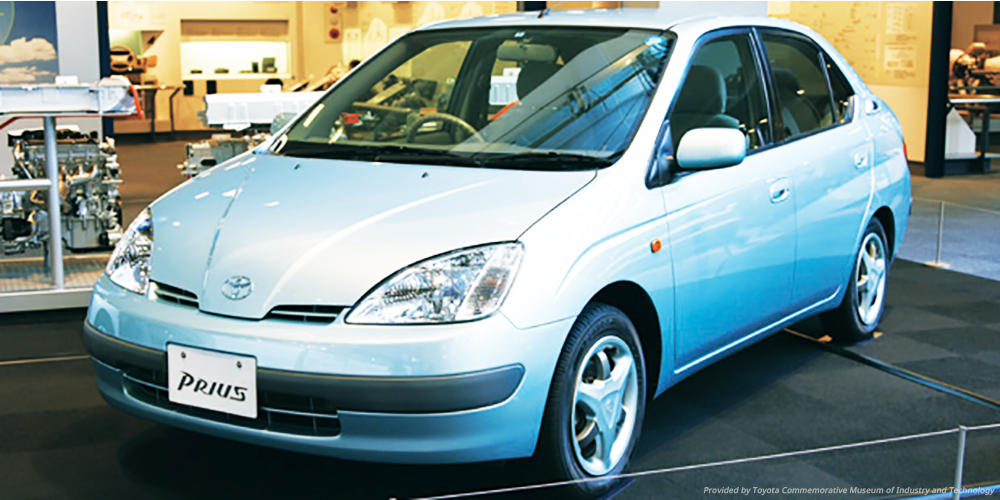 TCMIT features the world-famous hybrid Toyota PRIUS, and visitors can see the structure of the hybrid system with full-scale model displays. 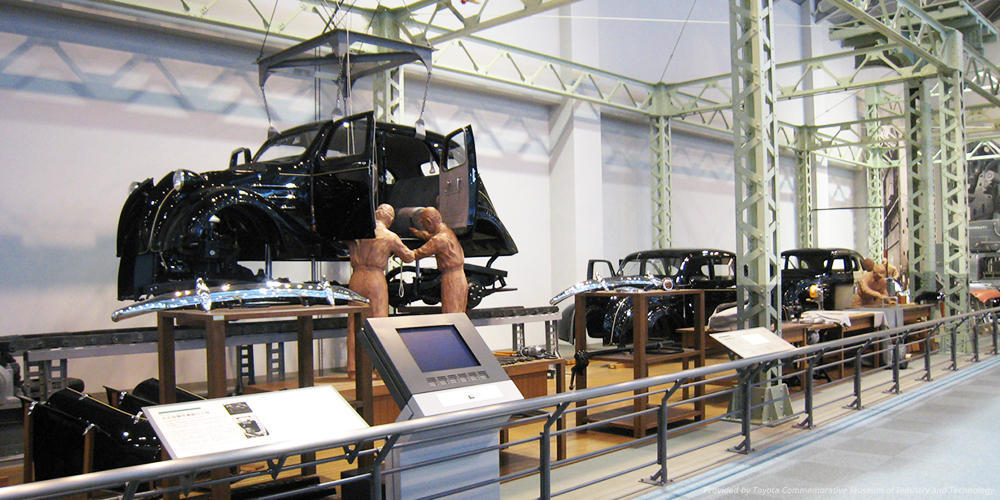 At the Automobile Pavillion, you can see first-hand the parts used in manufacturing. The entire area feels like an entire automobile factory in a 7,900-square-meter building. As a visitor you can experience the entire manufacturing process: casting, forging, machining, painting, and assembly! 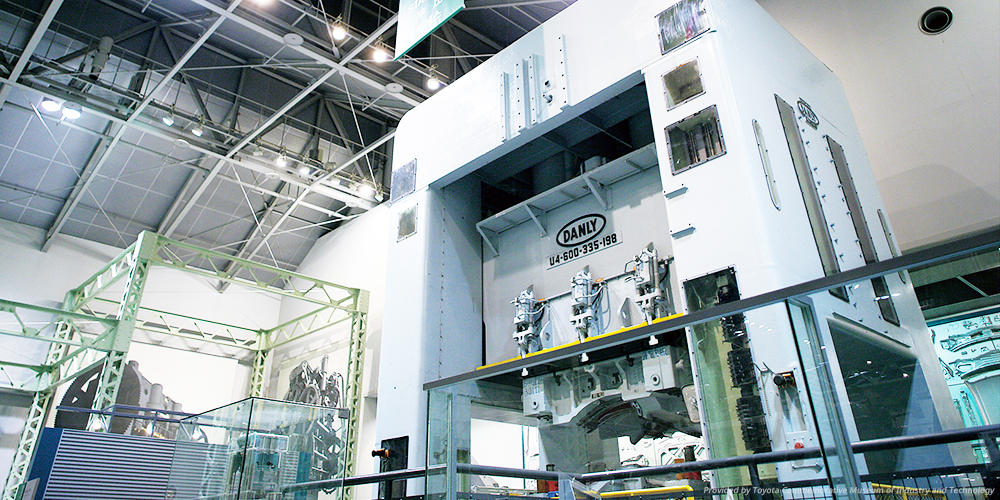 Shown here is a press machine for processing steel castings for the first crown car in 1955. It is the largest recreation of production in the Pavillion with over 600 tons of pressure!!! 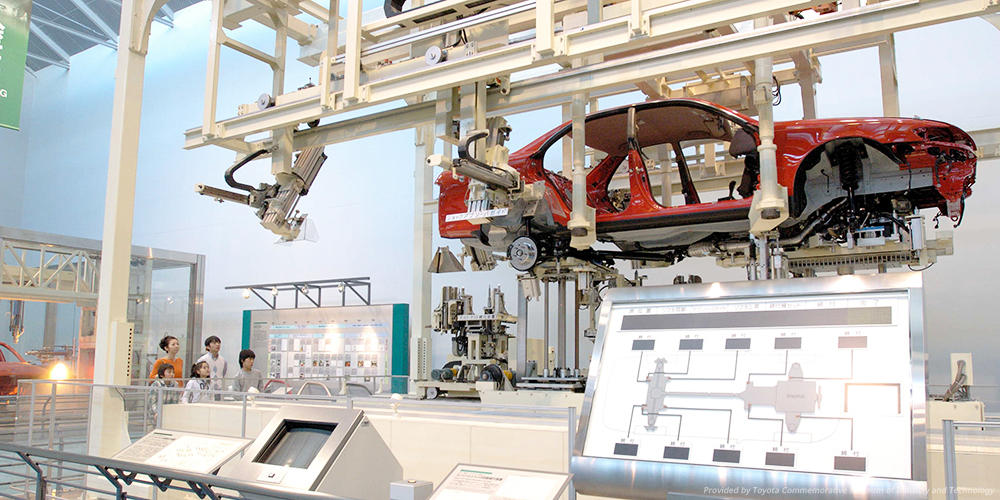 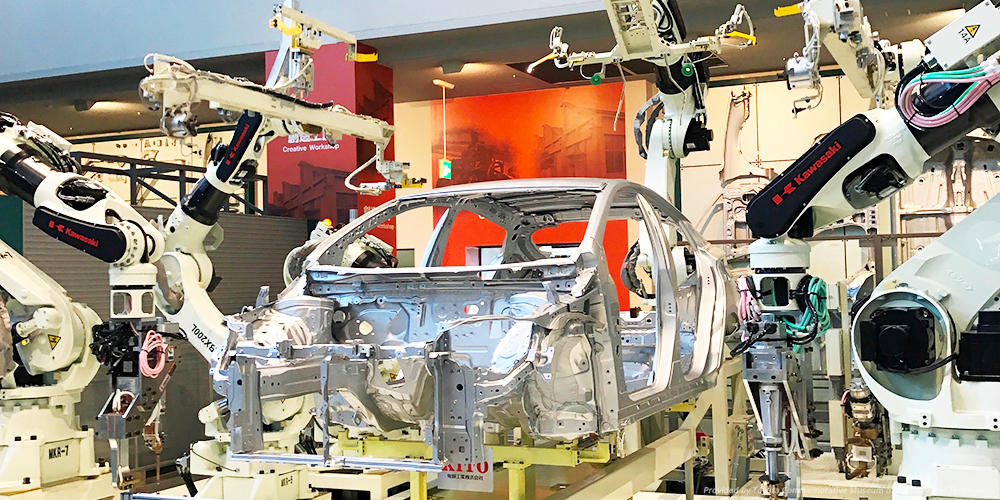 At Toyota's production line, the transport, assembly, and welding of panels are all performed by robots. 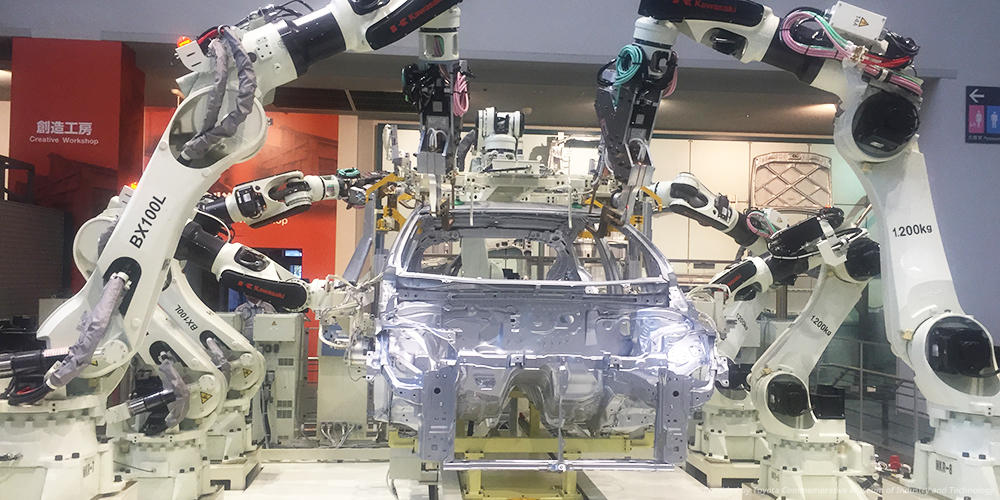 Many families can be found in attendance at TCMIT. This boy is wide-eyed as he carefully presses the buttons and sees the production line and the multiple mechanical arms operate precisely and fluidly, transforming into more than meets the eyes, like a transformer. Experiences like this are what engender a life-long curiosity in children in the automotive industry. 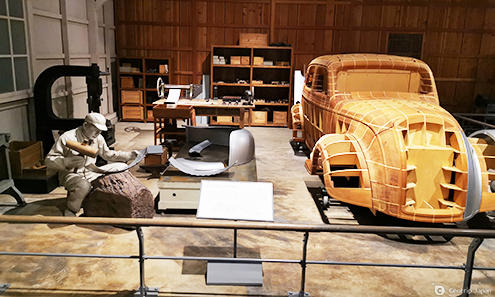 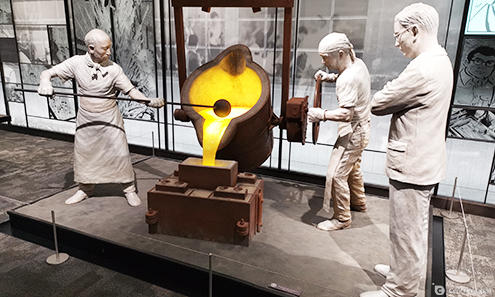 Kiichiro Toyoda alongside engineers created the prototype of a small car engine that would go on to propel Toyota Automotive Industries to the forefront of the worldwide automobile industry. At that time Japan had an underdeveloped automotive industry, Kiichiro took the big risk by pouring seed-money received from his father's textile industry, into the unknown automotive sector. Through hard work and dedication, today we can see how that risk paid off.

At the laughter-filled Technoland car race track, children can experience basic driving skills such as driving, turning, and stopping, while driving directly on the course.

They also explain the difference between front-wheel drive and rear-wheel drive.

If you still want to have some fun, why not try making your own Toyota strap! 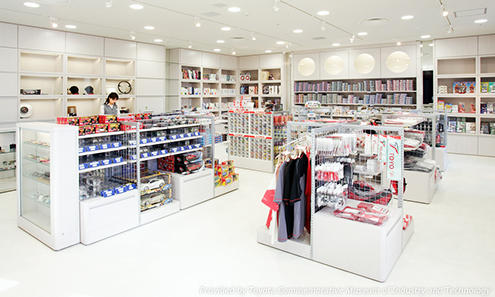 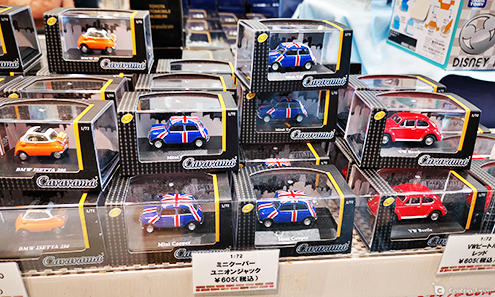 There are also museum shops, restaurants, cafes and a library in the hall, so you can take your time and relax when needed.

The Toyota Museum is similar in a way to the Nagoya City Science Museum in Nagoya, they both foster curiosity about science and technology in children. For pure car enthusiasts, the Toyota museum is also located in Toyota's hometown, so they can better understand the Toyota Group's corporate culture and uncover more Toyota secrets. There is a multipass available for Noritake no Mori & TCMIT, so if you are interested seeing both be sure to purchase this ticket!