Ogaki: The Water City of Gifu

Ogaki is a historic former castle town in the southwest of Gifu Prefecture that is famous for its samurai history and delicious natural spring water. Let us show you some of the many must-see attractions that Ogaki can offer you as a true hidden gem travel destination in central Japan.

Ogaki Castle was one of the finest castles in all of Japan with its main keep designated a national treasure of Japan in 1936. The historic castle played an important role as the headquarters for Ishida Mitsunari (1559-1600) and the western forces in the build up to the greatest samurai battle in history at nearby Sekigahara in 1600, where he faced off against rival Tokugawa Ieyasu (1543-1616) and the eastern forces.

The current main tower is a 1959 reconstruction as unfortunately, the original was destroyed during air raids in World War II. 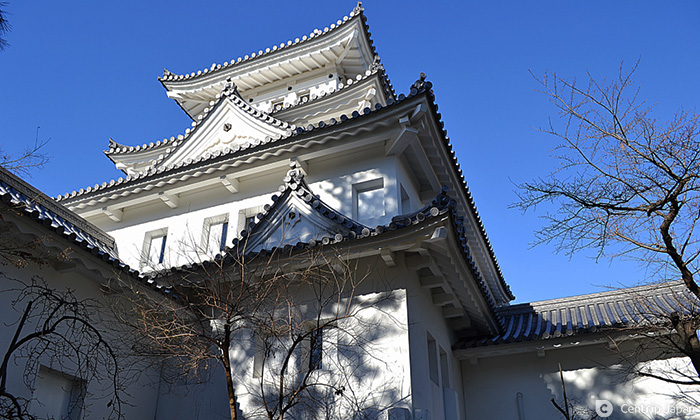 A close up of the main tower of Ogaki Castle 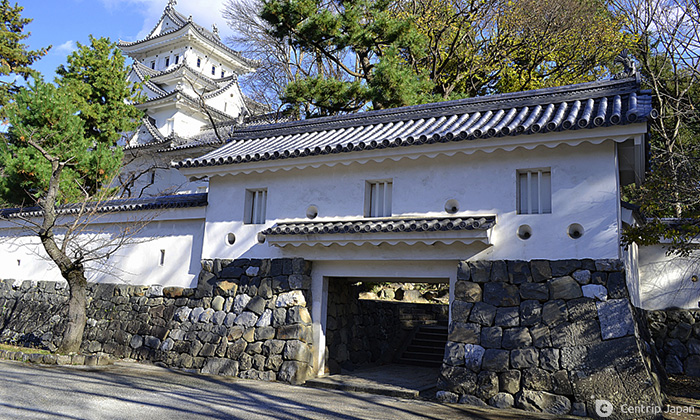 The main gate and tower of Ogaki Castle

The main tower houses a museum with information and exhibits about the castle and the decisive Battle of Sekigahara, which brought about a massive change to Japan and lead to the Tokugawa Shogunate, which ruled Japan for over 250 years. 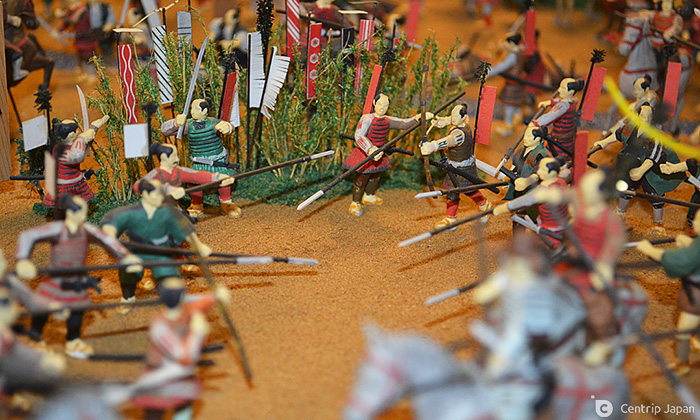 The Battle of Sekigahara 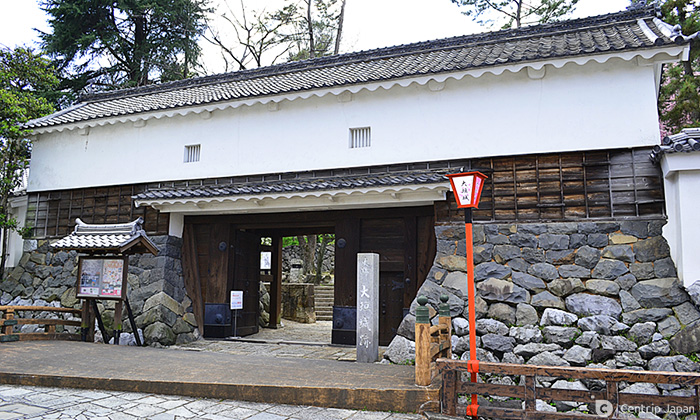 The main gate and entrance to Ogaki Castle

The castle is located in Ogaki Park, which is one of the most famous cherry blossom spots in Gifu, making it a popular destination in spring for cherry blossom viewing. 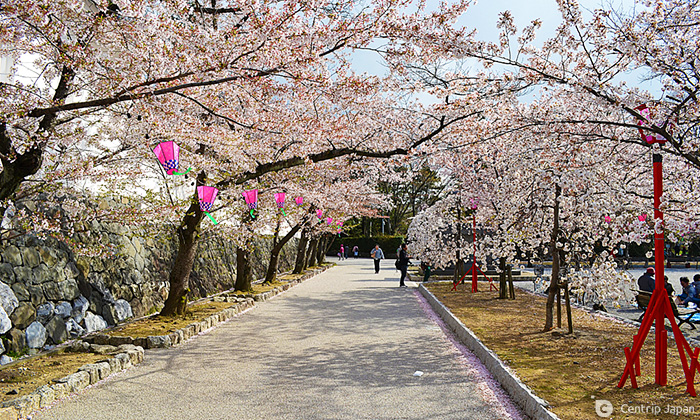 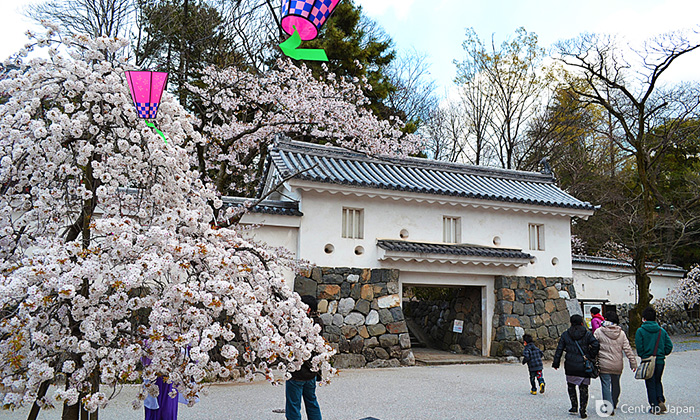 The Canals Around Ogaki Castle

Ogaki is known as “The City of Water” due to the Suimon River and numerous castle moats that ring the city. 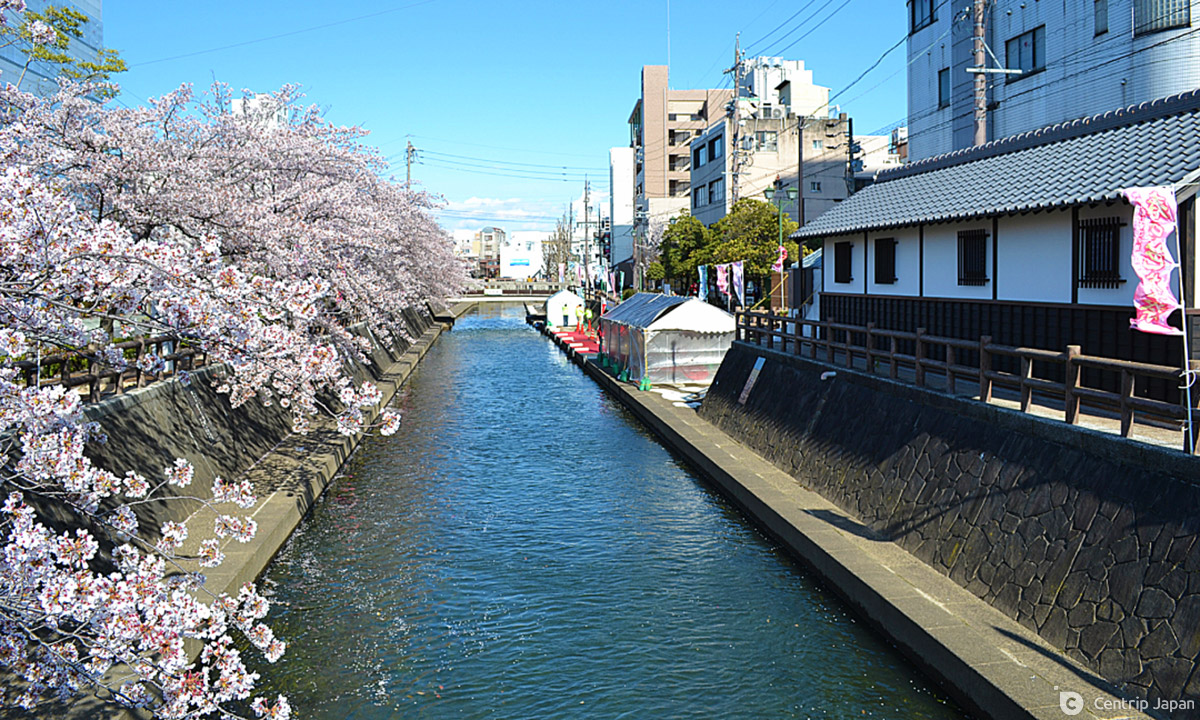 The former moats of Ogaki Castle form a wonderful canal around the old part of town giving it the cool nickname of the “Venice of Japan”. A fun adventure is to ride a traditional wooden tub boat (tarai-bune) along the canals. This unique experience is particularly enjoyable in spring when the cherry blossoms are in full bloom and form a picturesque tunnel along the banks. These wooden tubs leisurely float down the canal with the atmosphere enhanced by the boatsmen in traditional period costume. The boats are moved along by long wooden poles just like a gondola in Venice. 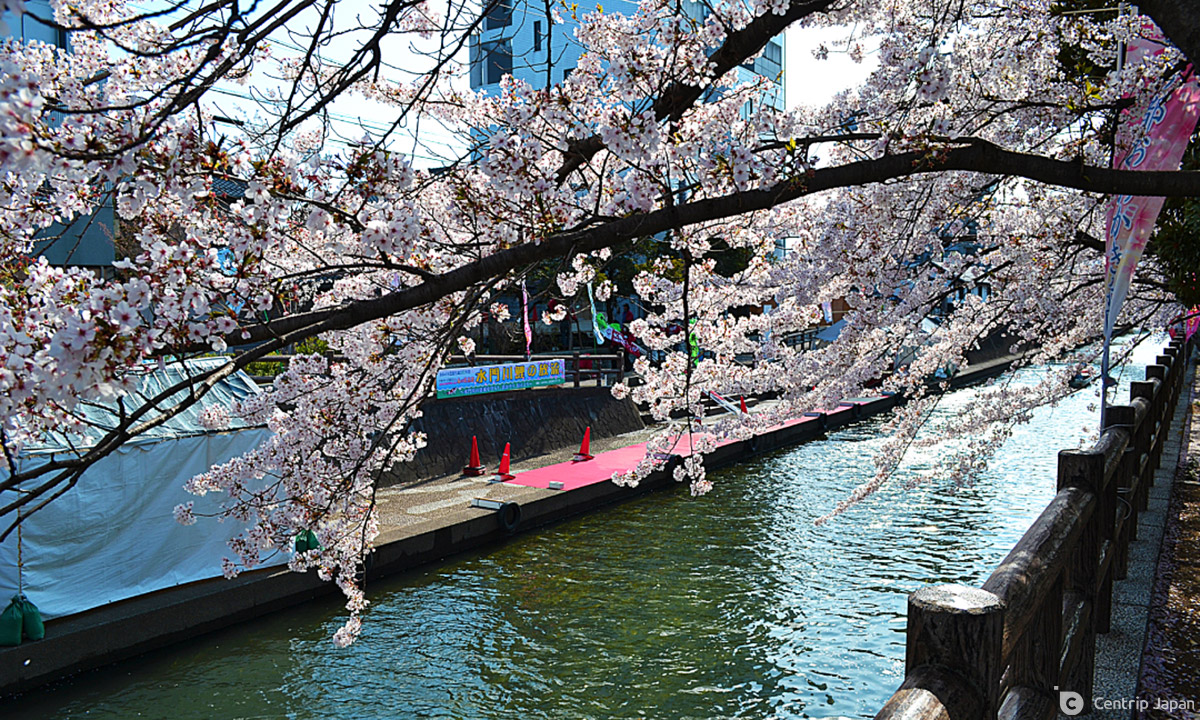 The tarai-bune boat experience is based on the legendary story of Oan, a daughter of one of the retainers of Ishida Mitsunari, who escaped Ogaki Castle, after defeat, at the Battle of Sekigahara by riding a washtub down the river in darkness. 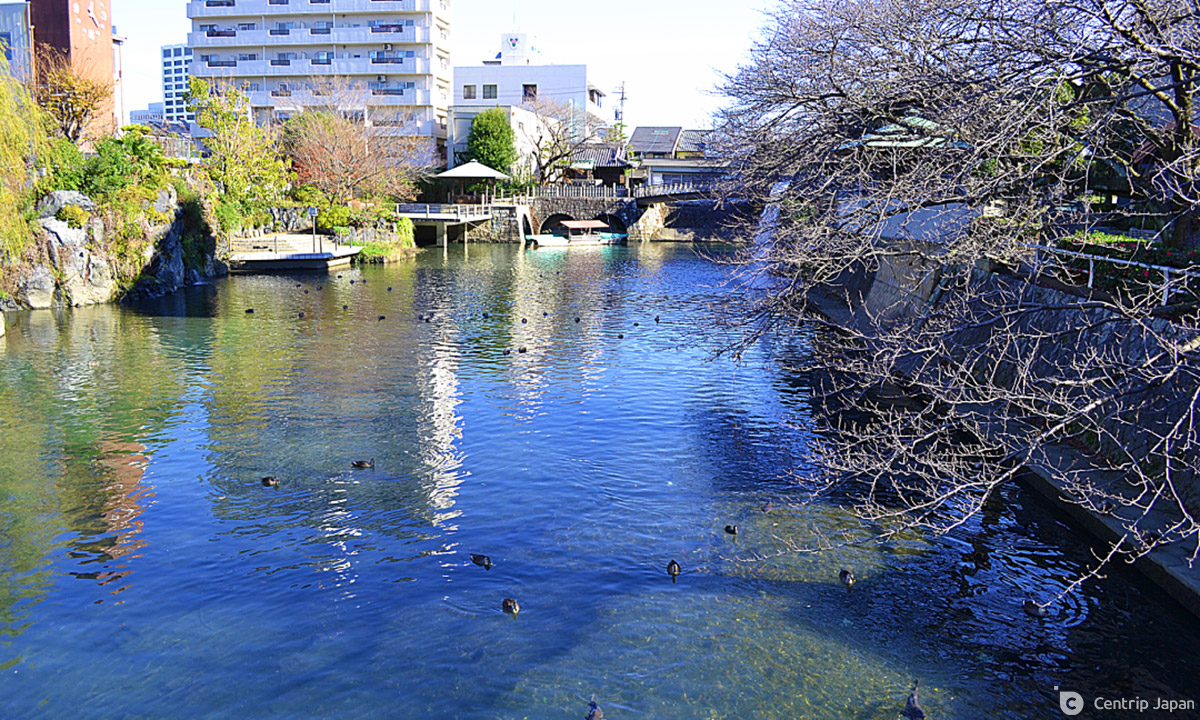 Ogaki: The Water City of Gifu

Natural spring water wells can also be found all over Ogaki, further promoting the city as the “The Water City of Gifu”. This delicious cool water is freely available with many of the locals filling up large plastic containers of it to take home and enjoy from the numerous pristine springs dotted around the city. The faintly sweet spring water is really refreshing, especially after spending the day exploring the city on foot. One of the springs can be found at Kagano Hachiman Shrine, a close walk from JR Ogaki Station. 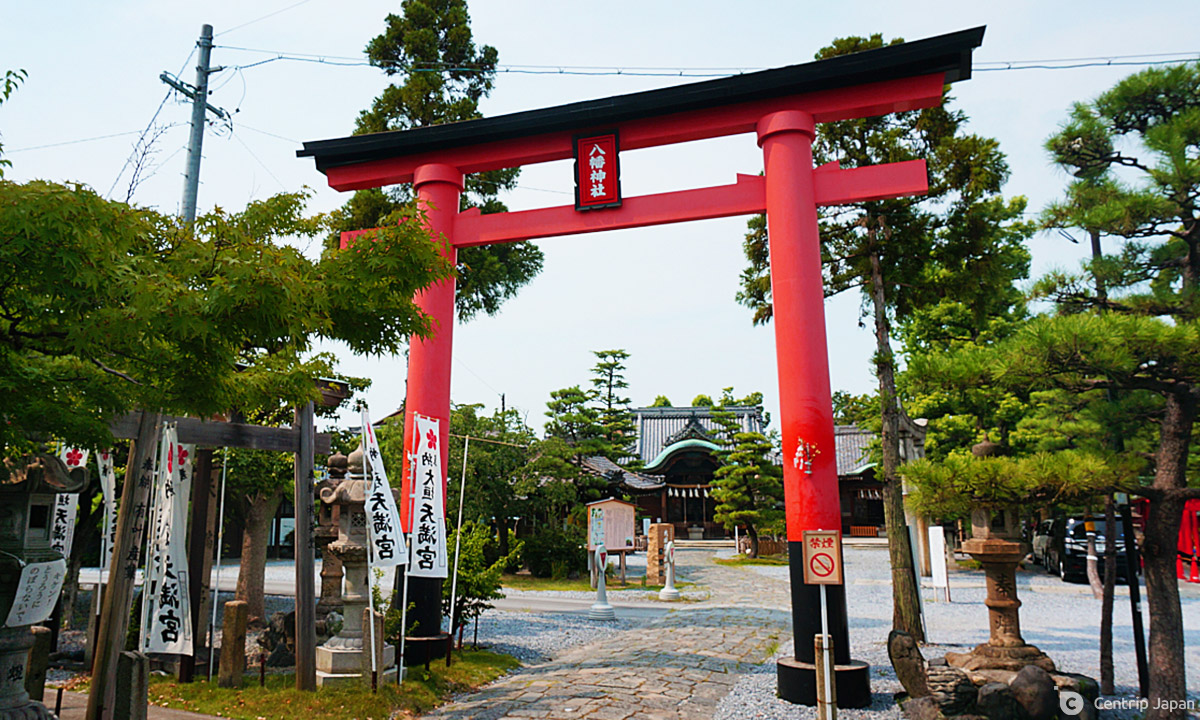 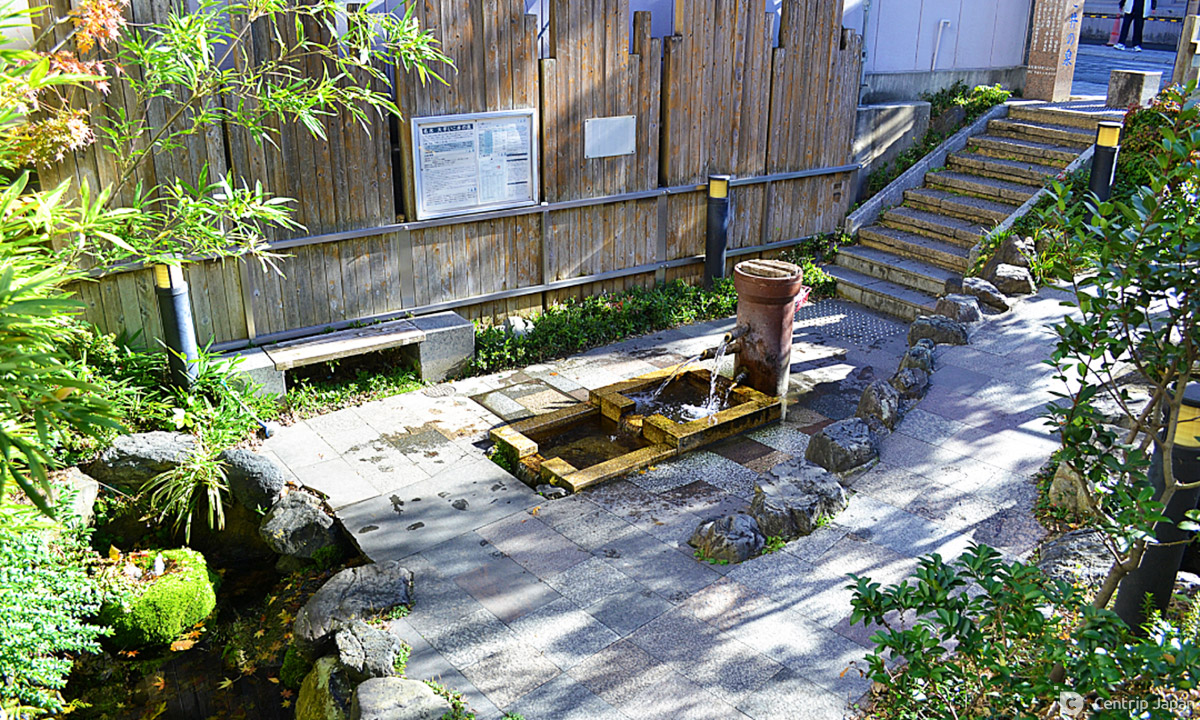 There are numerous natural springs dotted around Ogaki

Ogaki is famous for being the last stop in 1689 for Edo period (1603-1868) haiku poet master, Matsuo Basho (1644-1694) on his epic journey on foot from Edo (Tokyo) across Japan. Basho wrote about his adventures in a collection of poems, known as “The Narrow Road to the Deep North” or Oku no Hosomichi in Japanese. On completion of his amazing trek, Basho took a river boat from Ogaki to Kuwana in Mie Prefecture and then on to his birthplace, the ninja stronghold of Iga, also in Mie Prefecture. 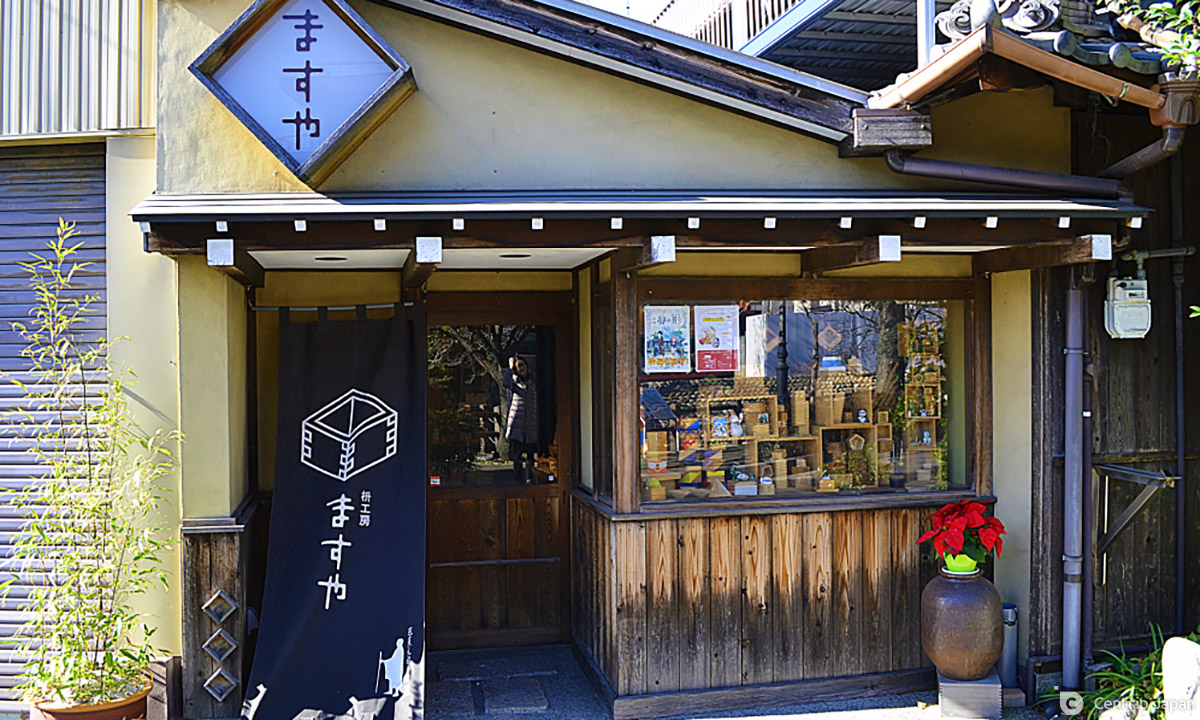 You can learn all about Basho’s amazing adventures at the Oku no Hosomichi Haiku Journey Museum, a modern museum dedicated to Japan’s greatest haiku master, which opened in 2012. It is conveniently located near the canals about 15 minutes on foot from JR Ogaki Station with entry costing ¥300. The museum highlights Basho’s travels and the places he visited along the way, as well as some of the other famous historic figures connected to Ogaki. 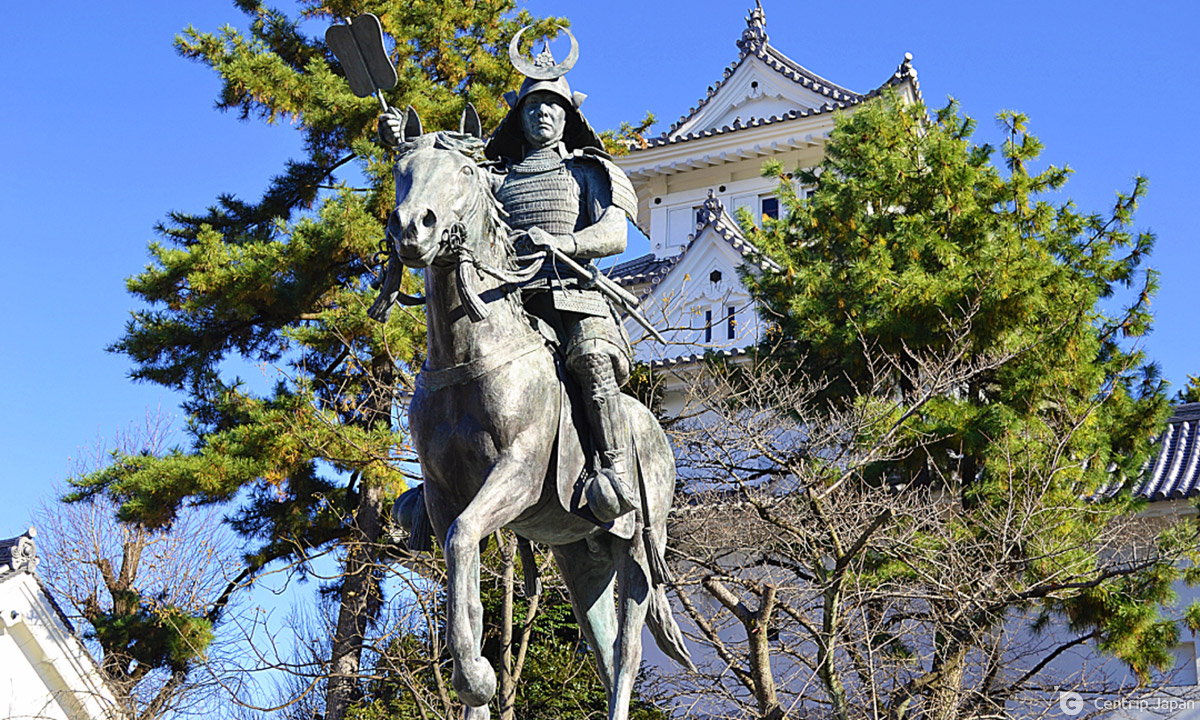 A must try delicacy in Ogaki is miso-iri-senbei. This traditional confectionary has been made for over 150 years in Ogaki with the secret recipe being passed down from one generation to the next. These tasty treats are made with miso bean paste and are hand-grilled over coals. They are known as the hardest rice crackers in Japan and are like literally biting into a rock. The hard texture is achieved by folding the senbei four times. The best place to give them a try is Tanakaya Senbei Sohonke, which is located a short walk from JR Ogaki Station. 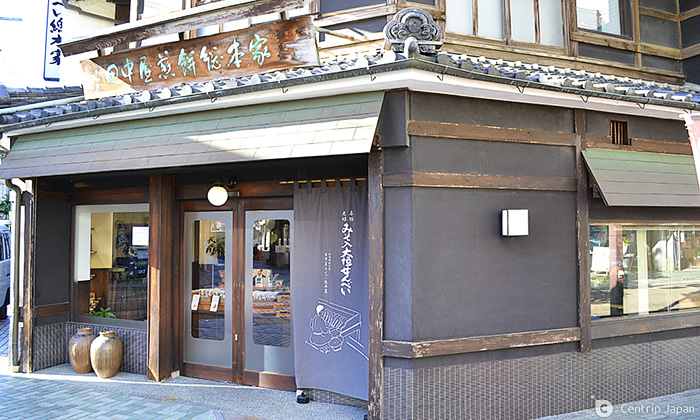 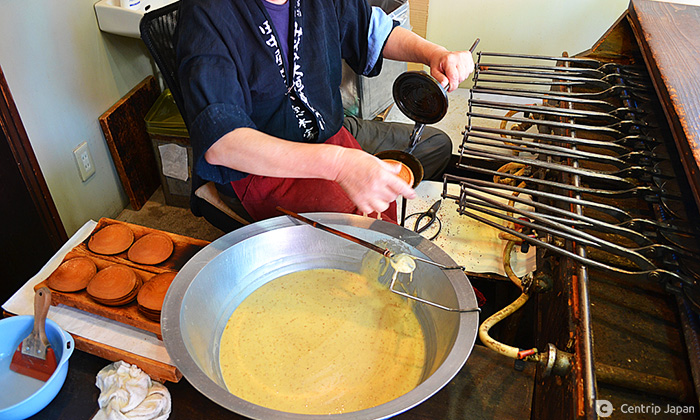 If the softer things in life tickle your fancy, then give the mizu-manju a try. This sweet jelly-like treat is filled with red bean paste and is totally delicious. They use Ogaki spring water furthering Ogaki’s claim as “The Water City of Gifu”. Mizu-manju are typically served in summer to help cool down from the heat but are usually available from late spring. The best place to give them a try is from one of the stalls on the main road, south of Ogaki Station. 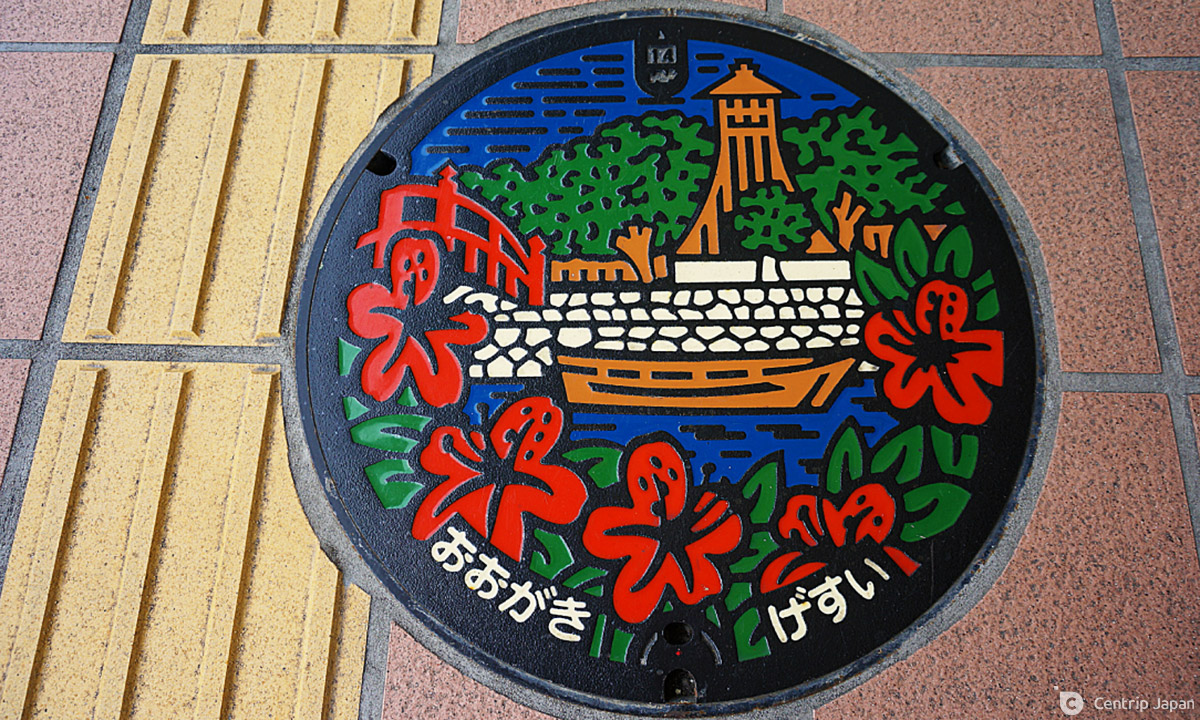 Manhole cover on the main road south of Ogaki Station

How to Get There

Ogaki is situated about 44 kilometers north of Nagoya and is only about 30 minutes from Nagoya by JR train, making it a great getaway or easy day trip. From Nagoya Station, take the JR Tokaido Line for Ogaki to JR Ogaki Station. It should cost ¥770 (one way) from Nagoya. 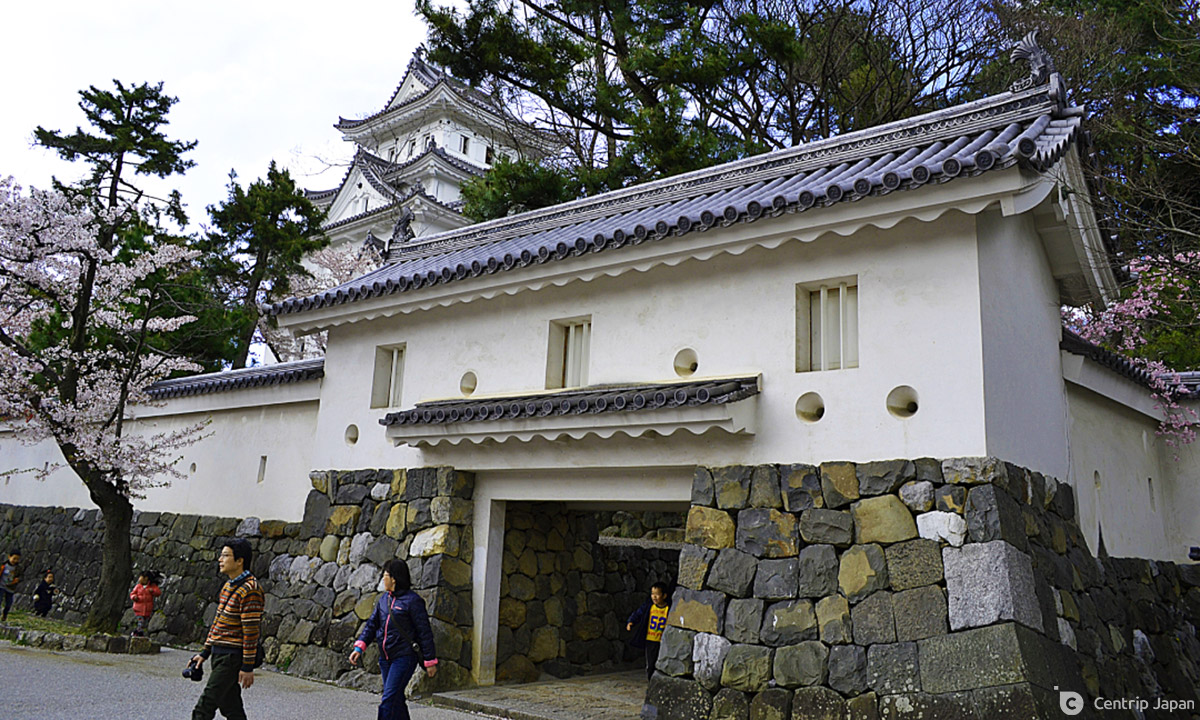 Ogaki is only a short train ride from Nagoya