The Ancient Art of Cormorant Fishing in Gifu City

The ancient art of cormorant fishing has been practiced along the pristine Nagara River in Gifu City for more than 1,300 years. Known as ukai in Japanese, this traditional fishing method uses trained cormorant birds to catch sweet river fish, called ayu.

The History of Cormorant Fishing in Gifu City

Cormorant fishing has a long history in Japan and is mentioned in many ancient chronicles. Currently, it is only practiced in 12 places in Japan including Gifu City. 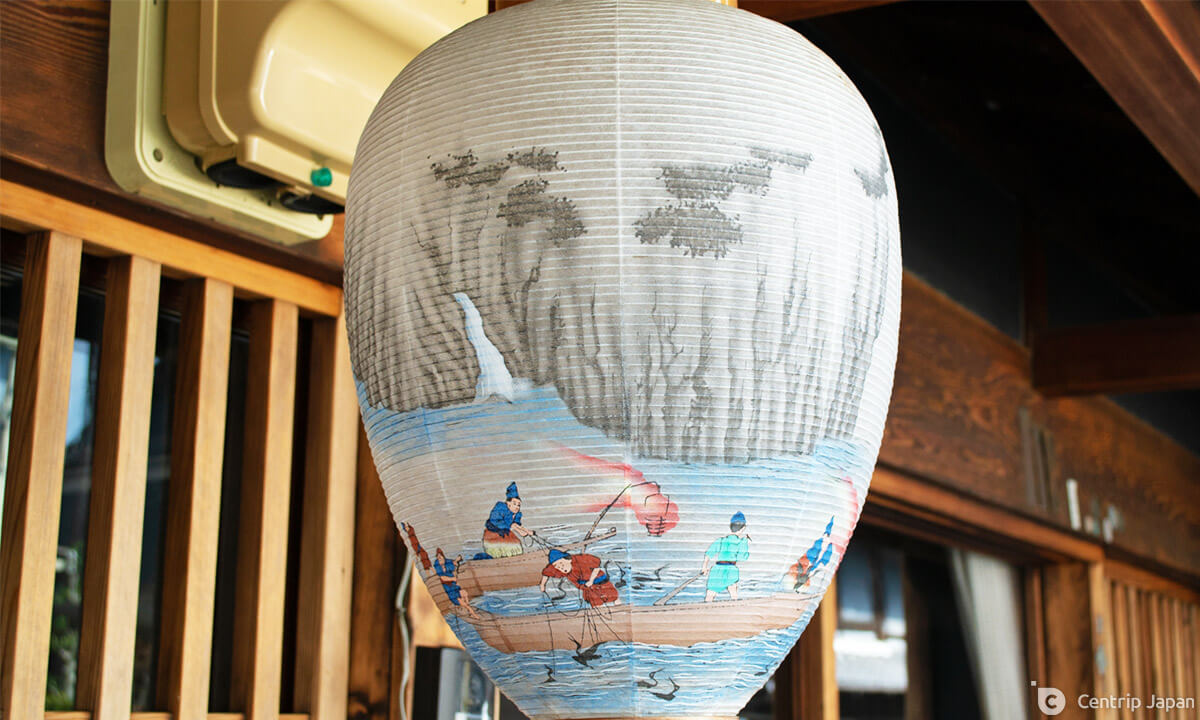 The samurai warlord, Oda Nobunaga (1534-1582) took the ukai fishermen of Gifu City under his patronage and created the official position and title of usho (cormorant fishing master). Tokugawa Ieyasu (1543-1616), the first shogun of the Tokugawa Shogunate also enjoyed watching cormorant fishing in Gifu City and gave his support and protection to the art. It is recorded that he was so fond of the sweet fish that he had them delivered to Edo Castle in modern day Tokyo. 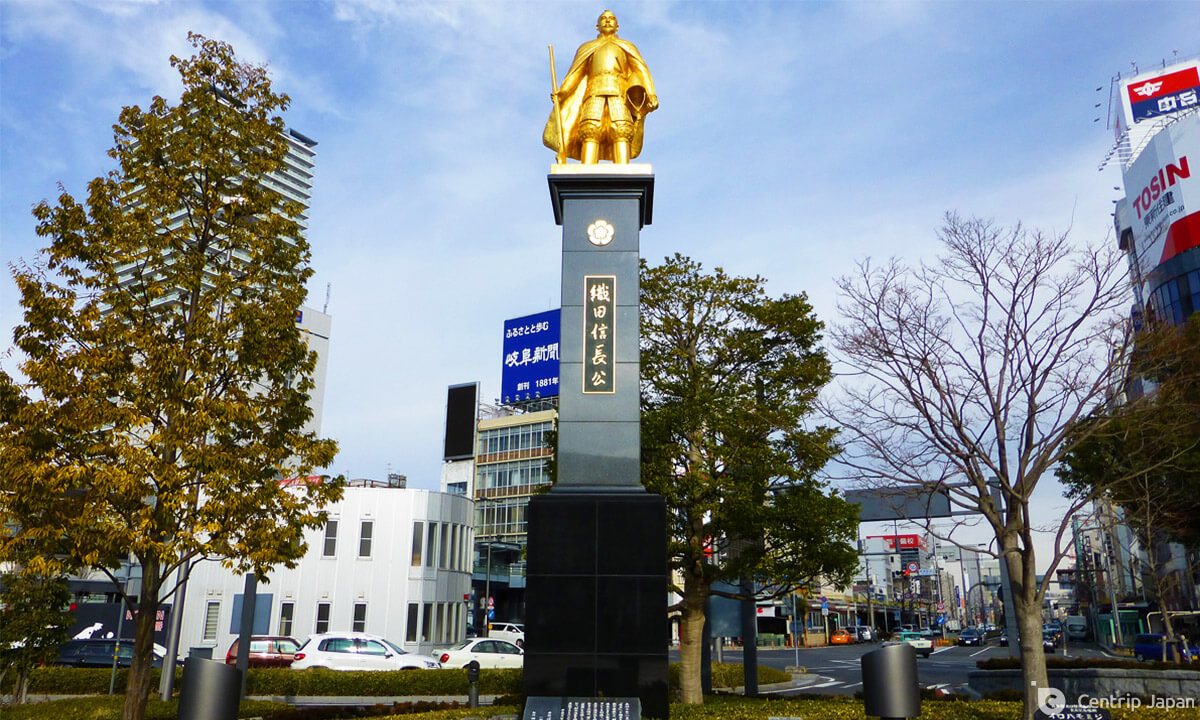 Statue of Oda Nobunaga outside of JR Gifu Station

Over the years, many famous people have enjoyed cormorant fishing on the Nagara River including the haiku poet, Matsuo Basho and comedian/actor, Charlie Chaplin, who loved it so much that he came back a second time to see it. Basho was so impressed with the ancient art that he composed a famous haiku:

but soon after, comes sadness 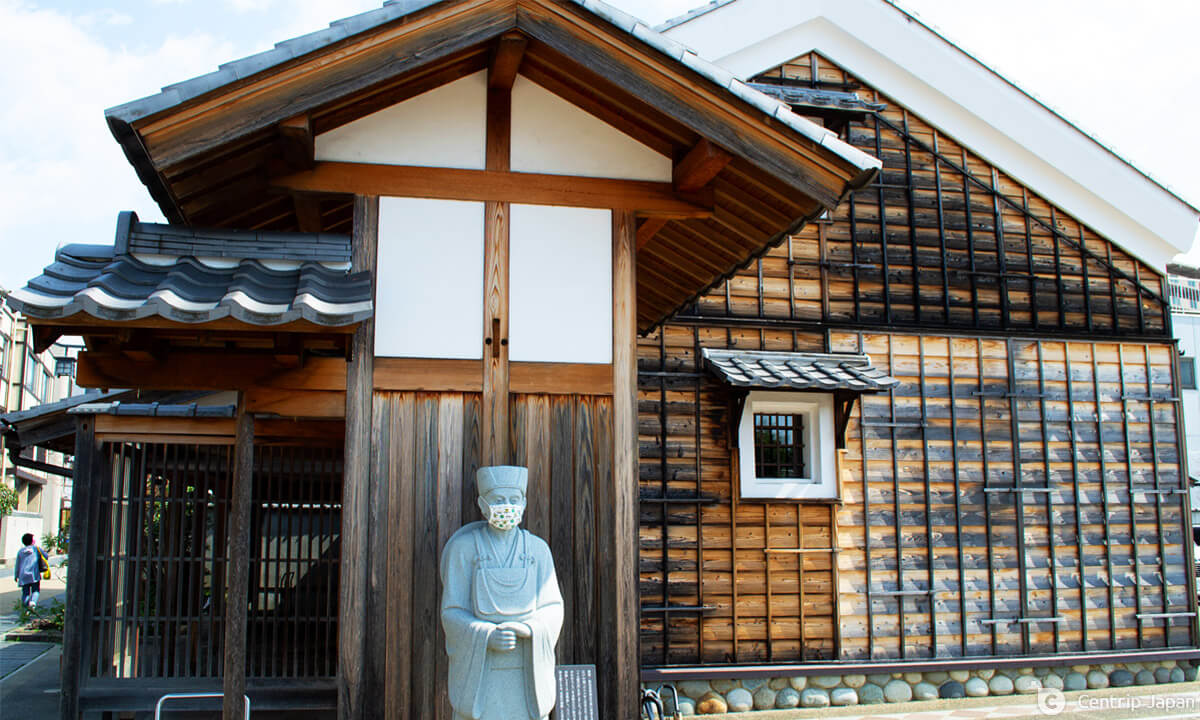 Statue of Matsuo Basho in Kawaramachi near the Nagara River

Today, there are six fishing masters in Gifu City, who represent the emperor as the official fisherman of the Imperial Household Agency. 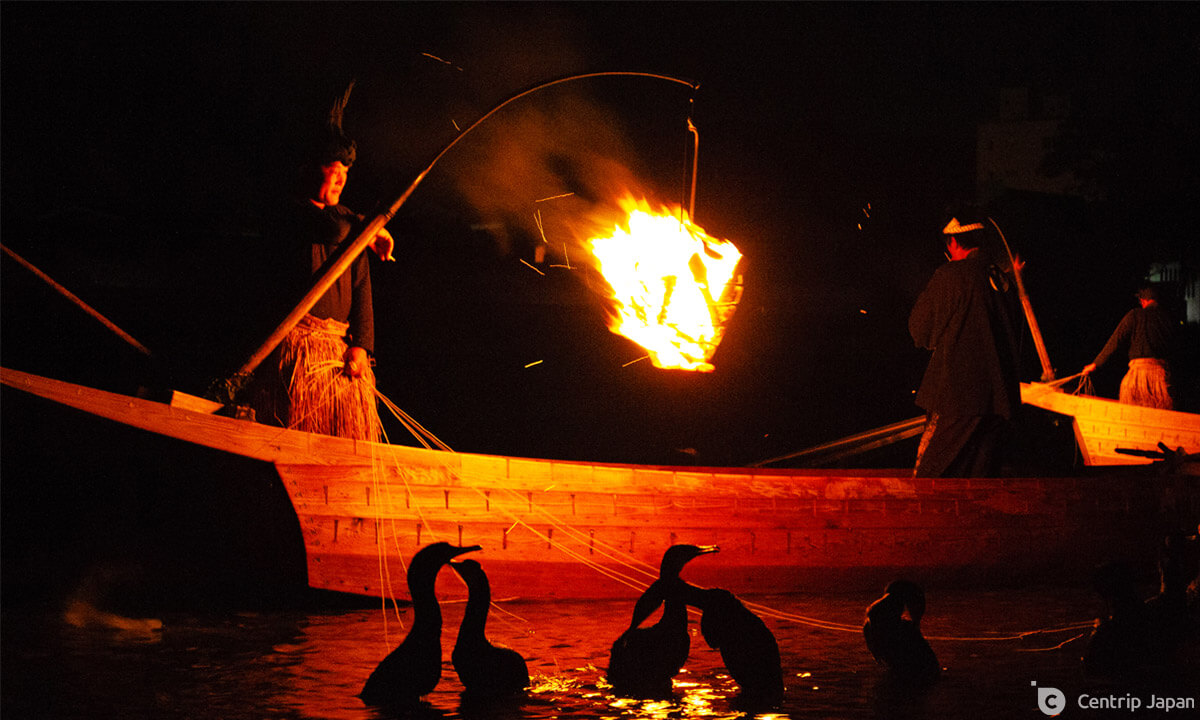 The Art of Cormorant Fishing

Cormorant fishing takes place at night in the darkness. It begins with six long wooden boats, each manned by a master fisherman and two boatmen (one an assistant and the other the helmsman), who propel the traditional boats downstream with long wooden poles. The fishing masters use the flames of the kagaribi (fire lantern) suspended on a pole over the boat to both see in the dark and lure the fish, who come to the surface of the water attracted by the light. 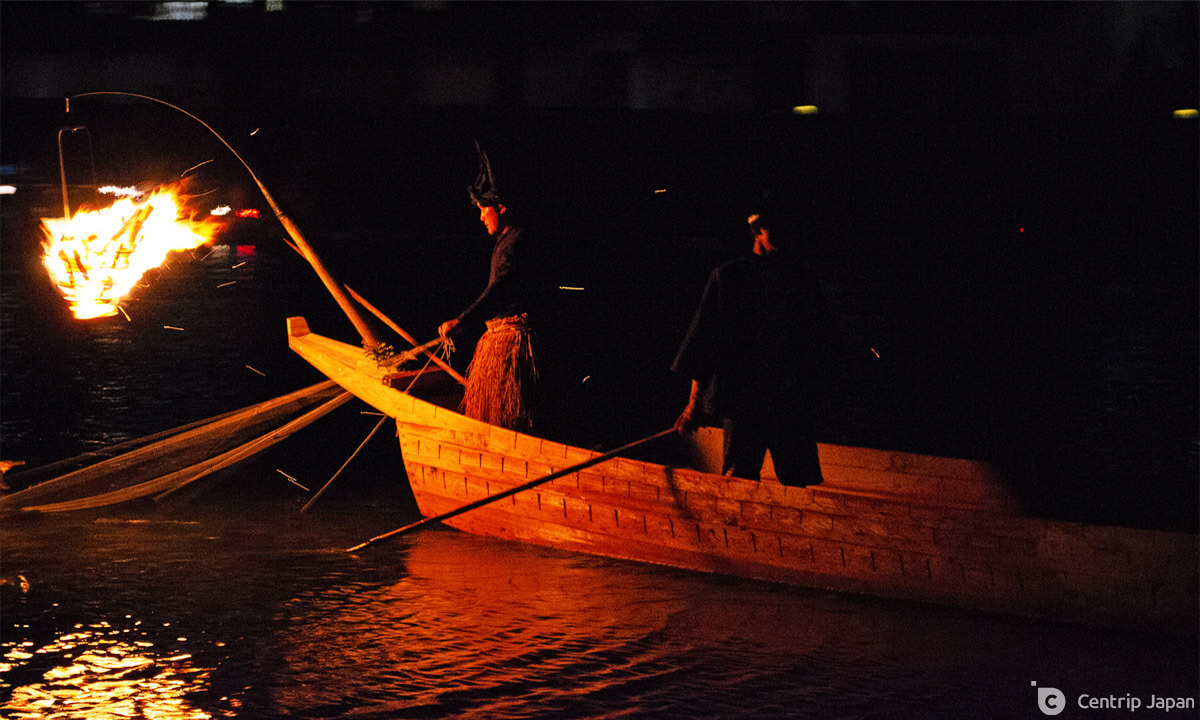 The trained cormorants dive underwater to catch the fish, swallowing them whole. The fishing masters use a special snare around the neck of the birds to prevent them eating the fish. 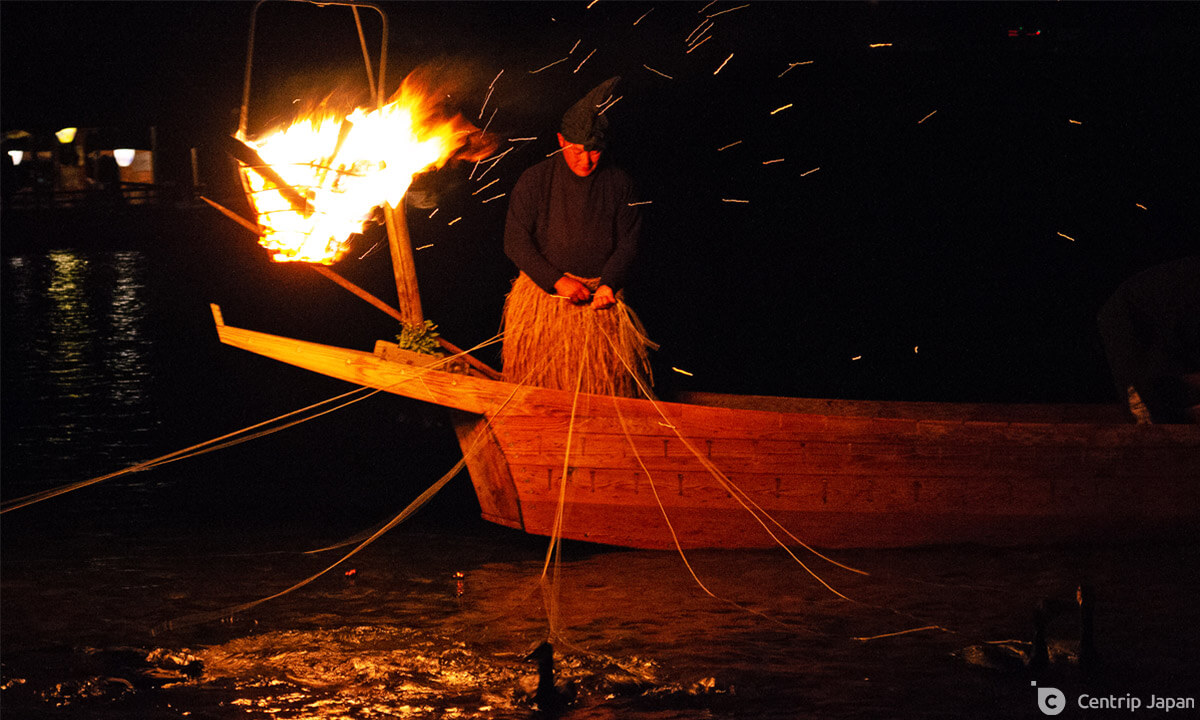 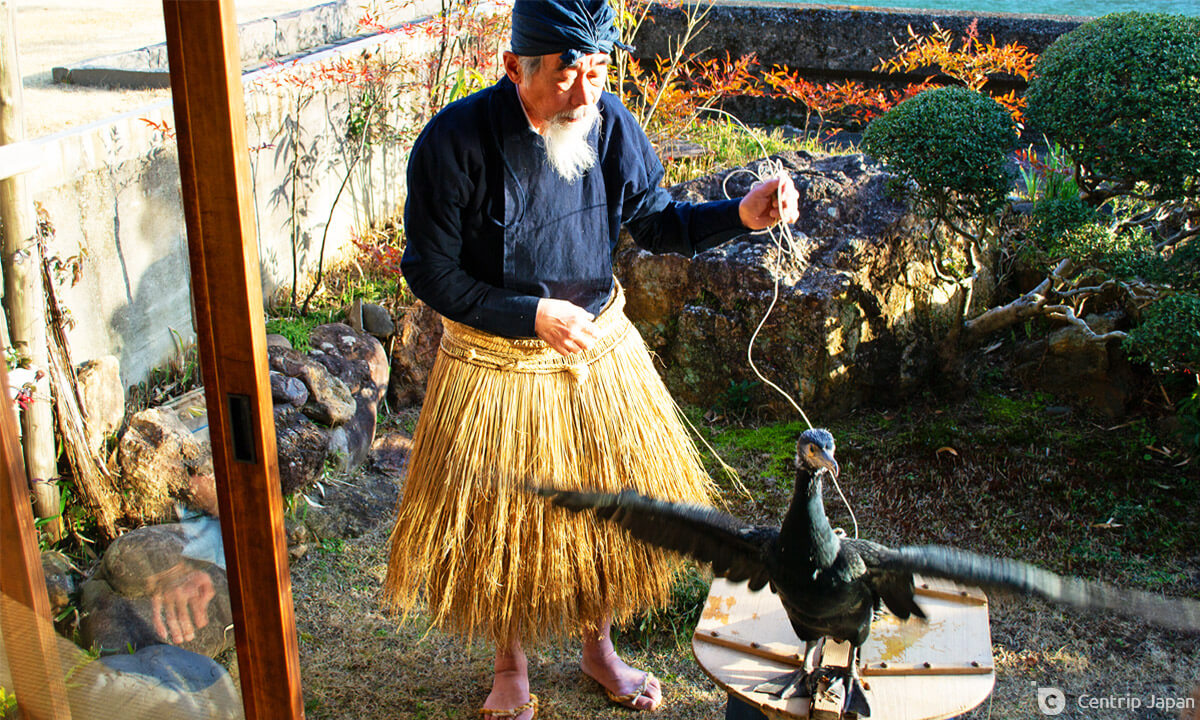 The fishing masters wear traditional attire which consists of a straw apron, straw sandals, and black kimono while they are fishing. 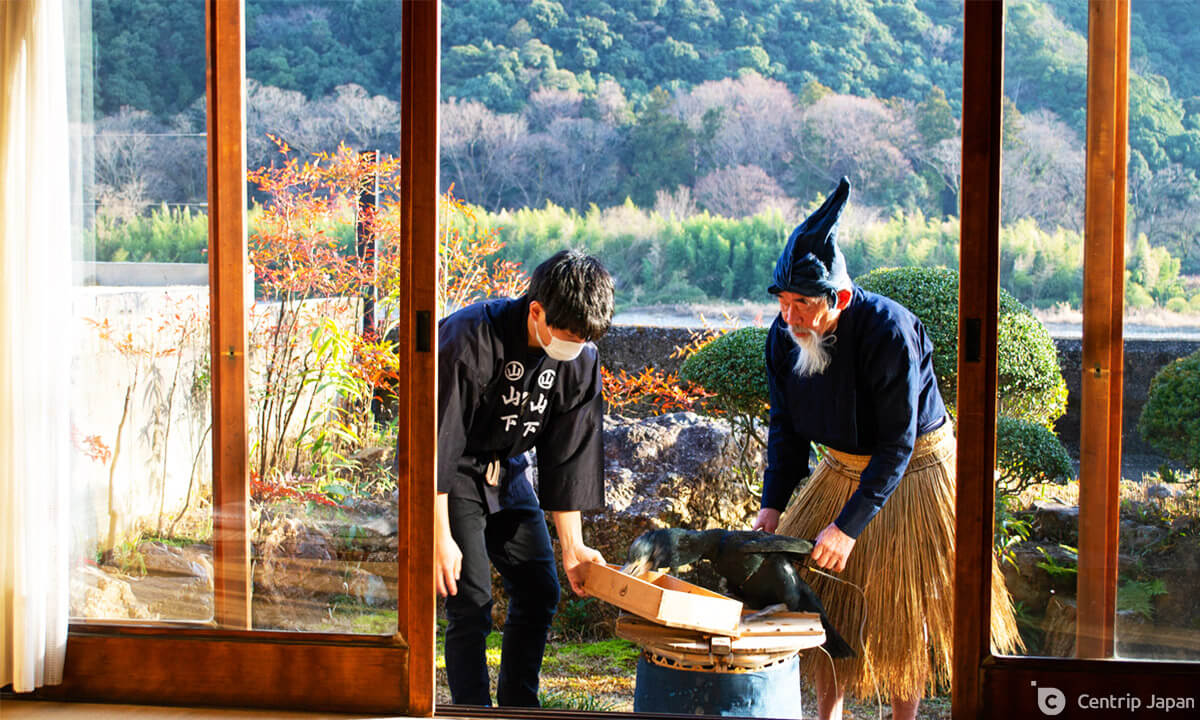 You can watch cormorant fishing for free by standing along the riverbank east of the Nagarabashi Bridge or get up close and personal with it by spending an evening on one of the viewing boats, which require a reservation in advance. 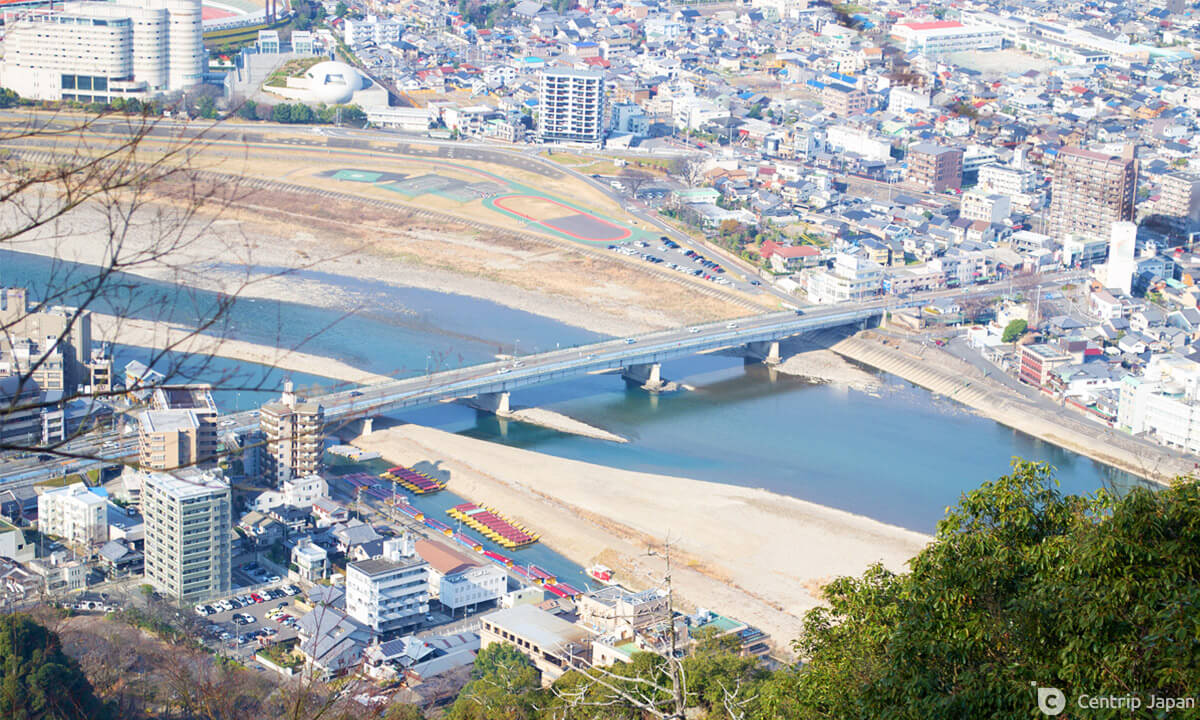 The museum which opened in 2012 is set on two floors with an impressive number of displays and exhibits. Starting with the scenic lounge which offers fantastic views of Mount Kinka and the Nagara River leading to the kagaribi flame-lit tunnel which represents the six families of fishing masters. 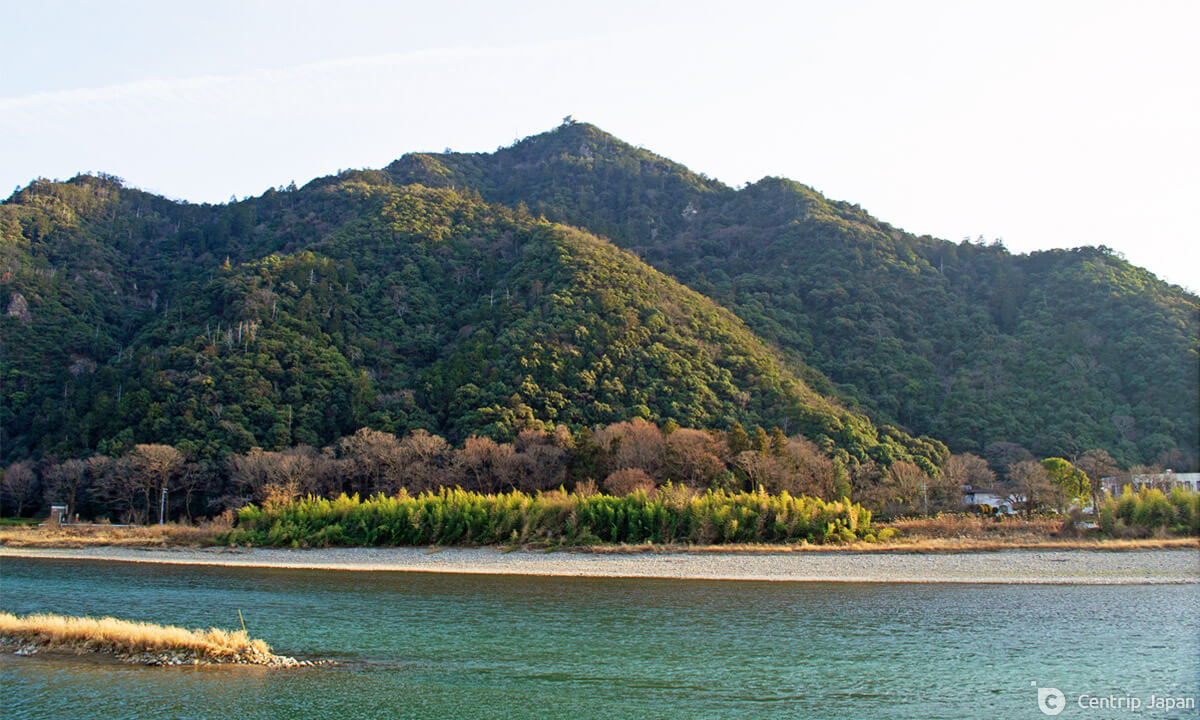 View of Mount Kinka and the Nagara River

The exhibition room with its picture scroll shaped screen will introduce you to the history and practice of cormorant fishing via an informative video (with English sub-titles) and authentic sound and lighting. There are life-sized cormorant boats and mannequins to add to the atmosphere. A special exhibition room is home to displays and temporary exhibits relating to ukai, including boat building, which is a closely guarded secret handed down from father (master) to son (apprentice). 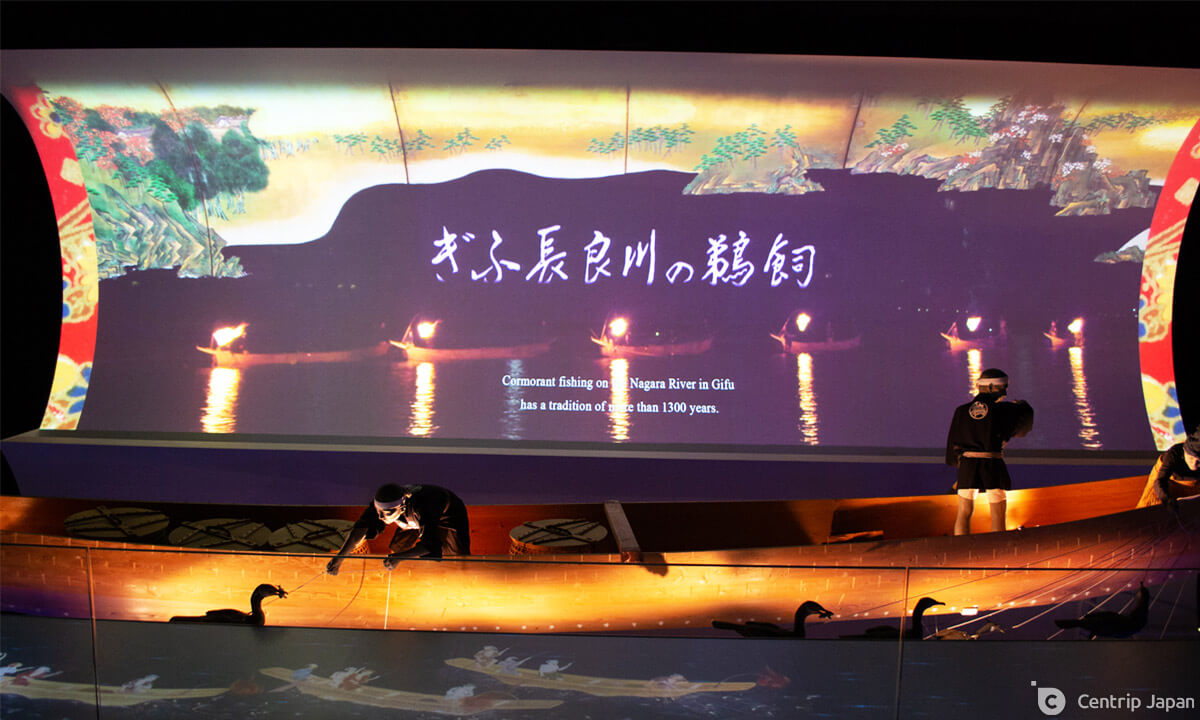 The first floor of the museum has more video displays on cormorant fishing from the riverbed, including the dynamic moment when a cormorant catches a fish. There is an area dedicated to the world of cormorant fishing masters, which highlights their traditional costumes, family crests and the formal conduct that they follow. The next section focuses on the birds themselves with a huge 4 times the actual size model of a cormorant bird. This area features information about the birds’ anatomy and ecology. There is also a section on the Nagara River, one of Japan’s three great pure water rivers. The crystal-clear river has been recognized as one of the world’s globally important agricultural heritage systems. 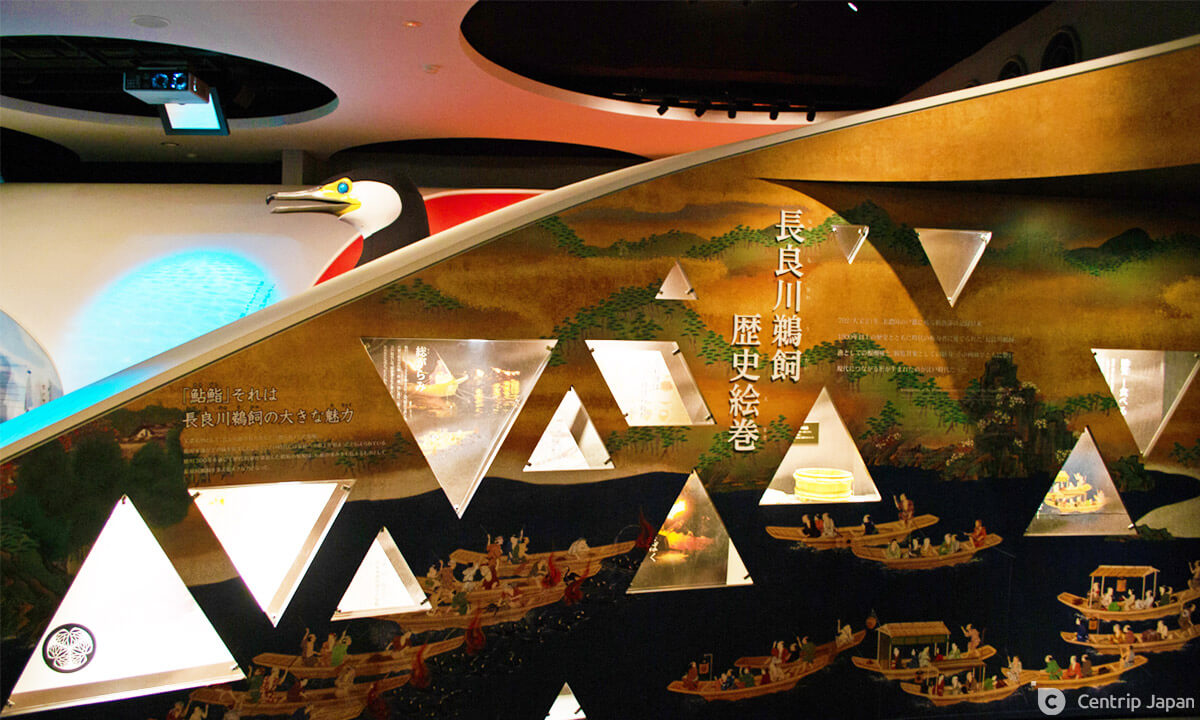 First floor of the museum

The museum is also a great place to visit during the off-season as you can see a performance of cormorant fishing with one of the fishing masters. They will take you through all the steps and special techniques they use with the birds to catch the fish. It is both an interesting and informative introduction to cormorant fishing. 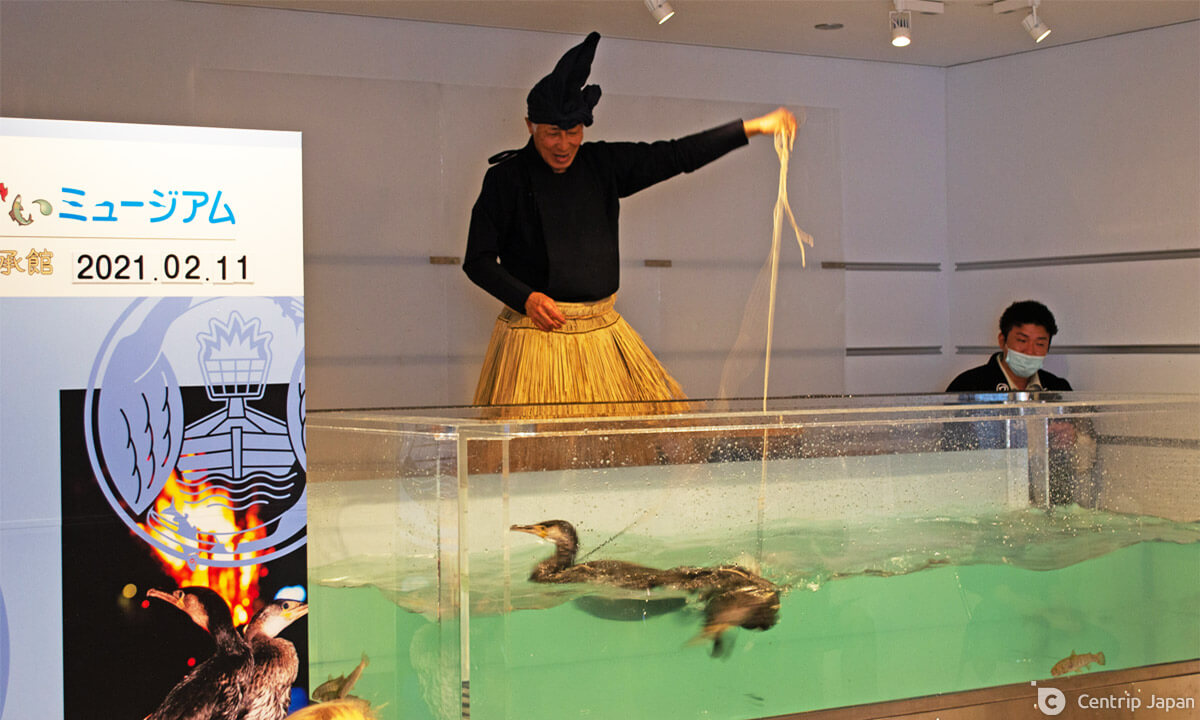 The Fishing Masters and Birds

The usho fishing masters live along the Nagara River with their cormorant birds who are part of their family. The title and occupation of fishing master is inherited and passed down from generation to generation. Their lives are dedicated to cormorant fishing, carefully honing their skills and techniques over many years. 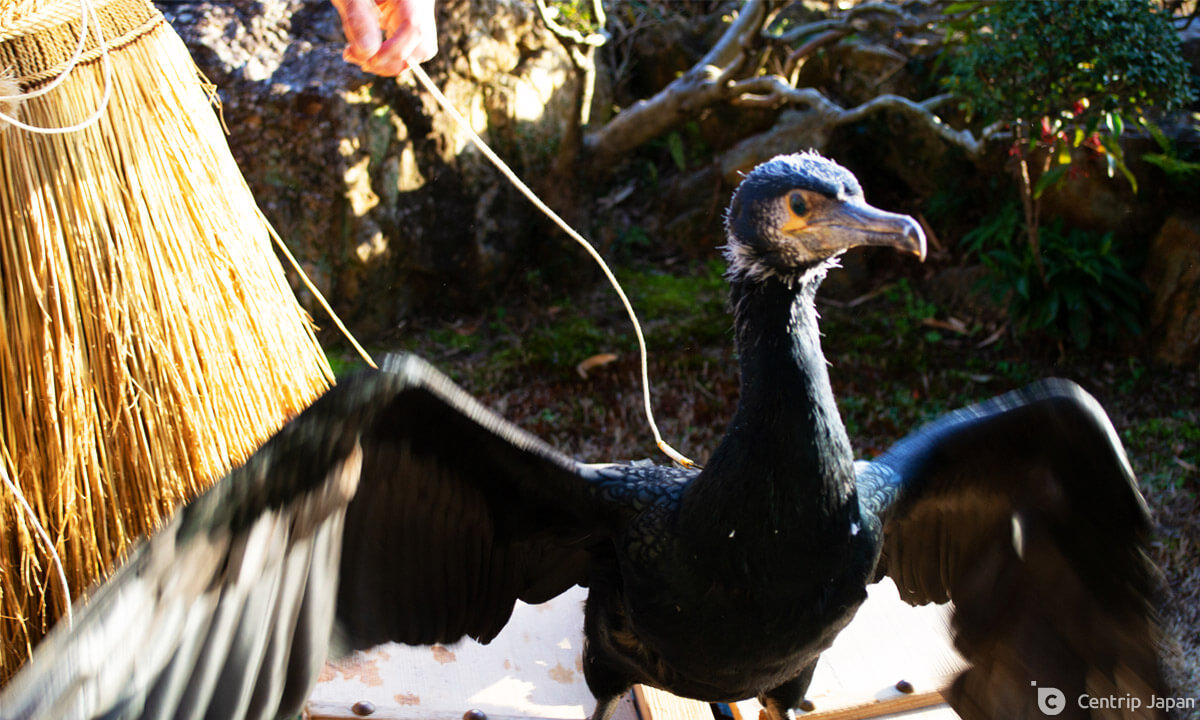 Cormorant bird at the home of a fishing master 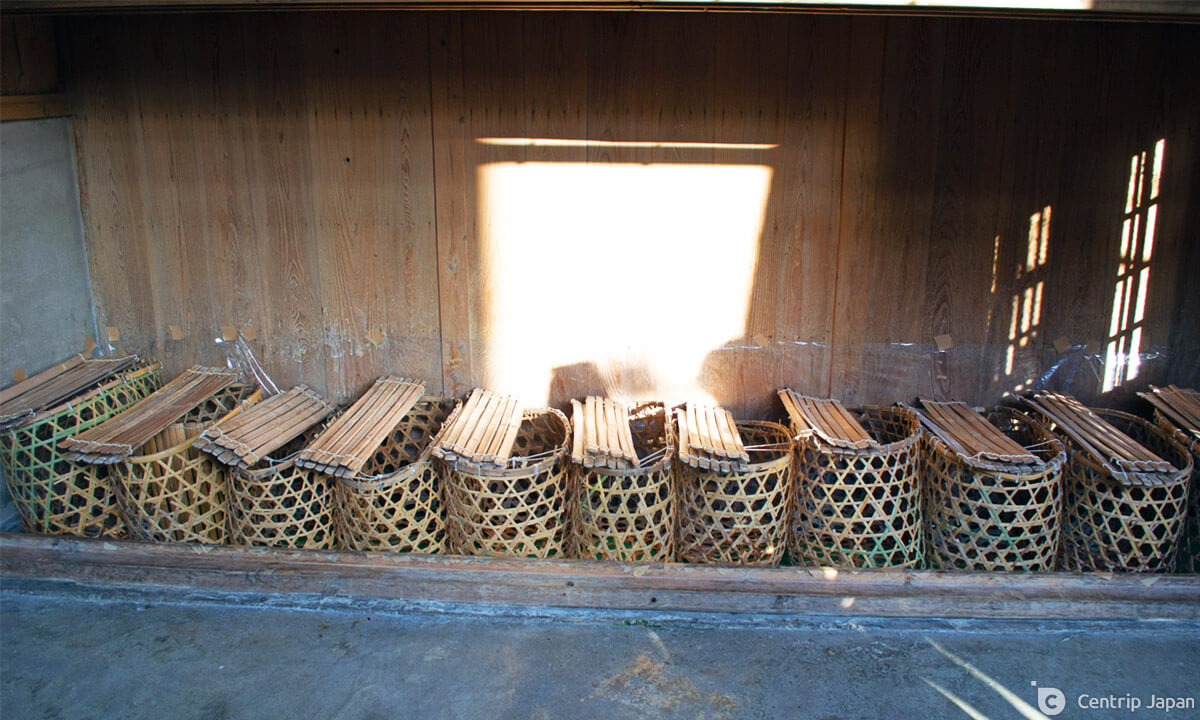 Baskets for transporting the cormorant birds to the river

Cormorant fishing is a major summer attraction in Gifu City and runs from May 11 to October 15 every year. The viewing boats depart nightly from the Nagarabashi Bridge, and you can purchase tickets for the viewing boats online or via phone. The cormorant fishing takes place from around 7:45 p.m. and you need to book your tickets in advance. 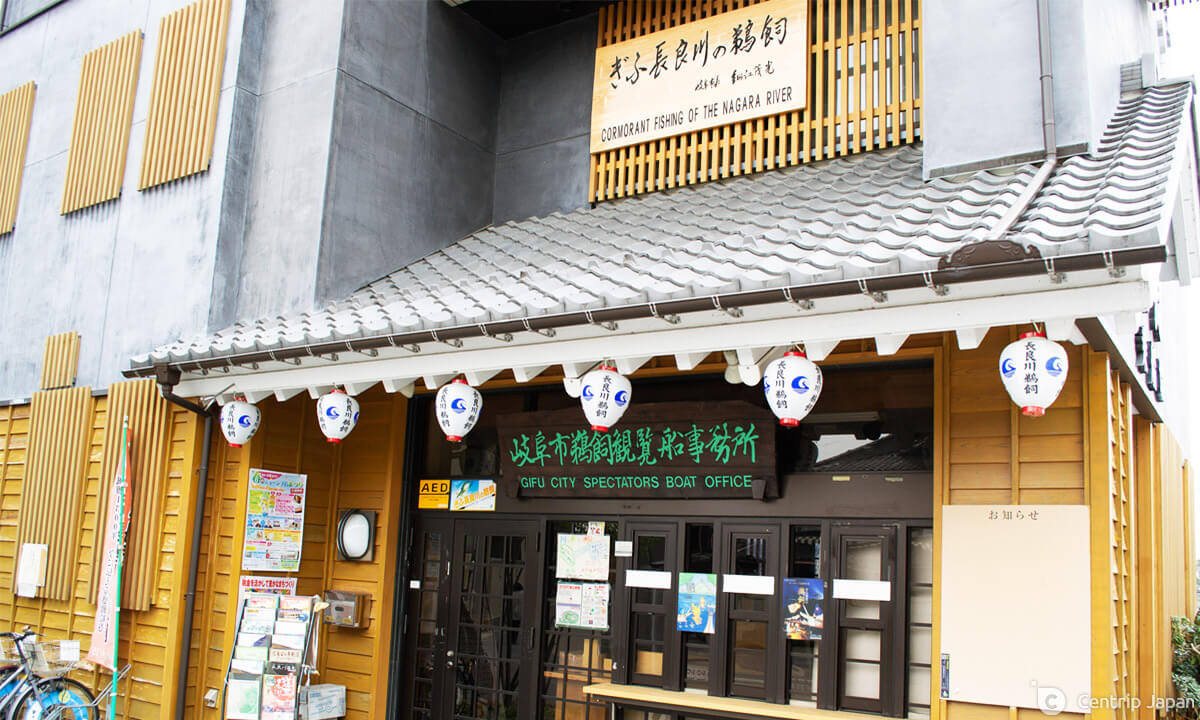 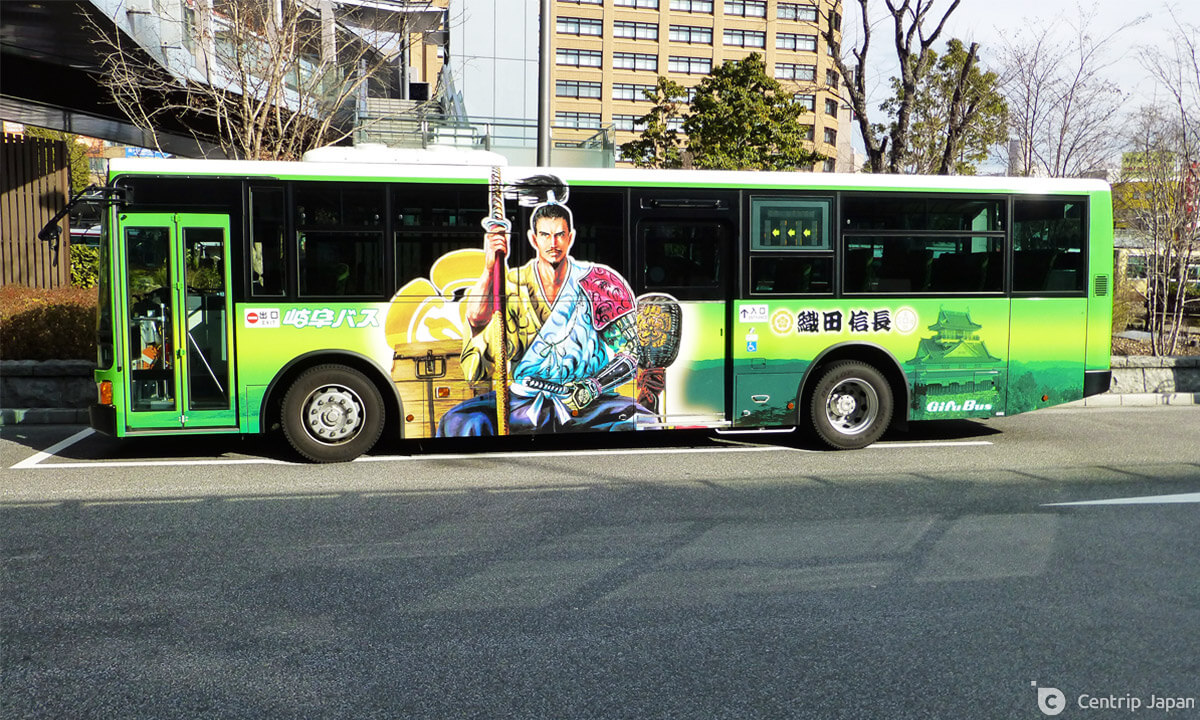