Iida, Nagano: The Japanese Alps and the Tenryu river, a land blessed by natural beauty.

Iida, the natural beauty of the Japanese Alps

Iida lies on the southern tip of Nagano. It has prospered since olden times as the linchpin of the highway between Tokyo to the east and Kyoto & Osaka to the west. The highway from north to south was also important for travelers heading to Enshu and Matsumoto, and the Tenryu River, which flows north to south through Inaya, would often be crowded with boats. Festivals, art, local cuisine, and ways of speech have been handed down to modern times with the various influences of the east & west, north & south on display.

Living among nature, surrounded by the south Japanese Alps, is one part of the living culture of Iida. In recent years, the city has been selected as a model environmental city, and the local people seek to live in harmony with nature. 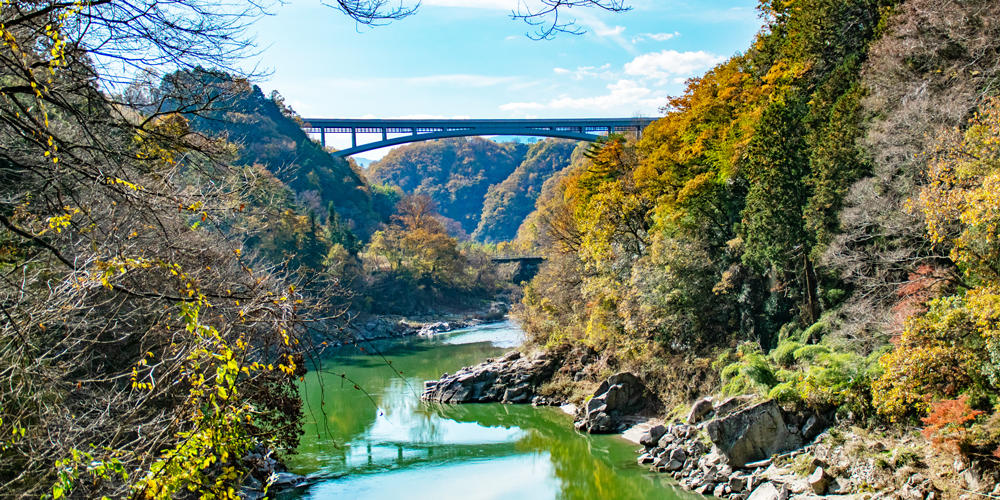 The strangely shaped rocks and large crags cut by the rapids in the Tenryu Gorge look beautiful in any season, whether framed by the greenery of spring or the autumn leaves.

The Tenryu River Ride is a popular sightseeing activity, and now that the new Tenryu Gorge Bridge has been completed, it is easier than ever to enjoy the scenery of the Tenryu Gorge from above. The Tenryukyo Bridge is designed to accommodate both cars and walkers. On the top cars can drive over the bridge with ease, and below there is an enclosed walkway for foot-travelers, where they can enjoy magnificent views of the Tenryu Gorge and River. There are plans in the future to build a promenade for walking around the Tenryu Gorge. 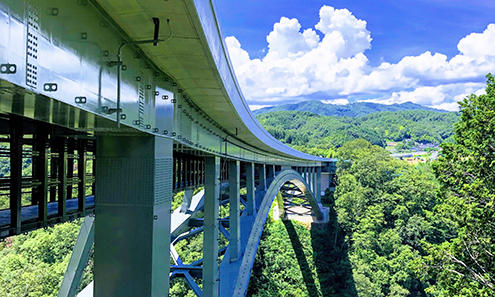 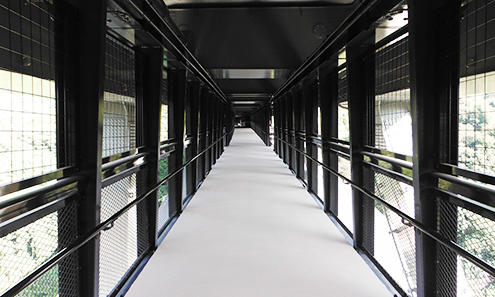 Iida is known as one of the best cherry blossom spots in Central Japan. Many cherry trees are over 300 years old. Cherry blossom guides are also available. The timing of cherry blossom blooming varies from year to year, but it typically occurs around late March. Even the tourists are in full bloom during the cherry blossom season. 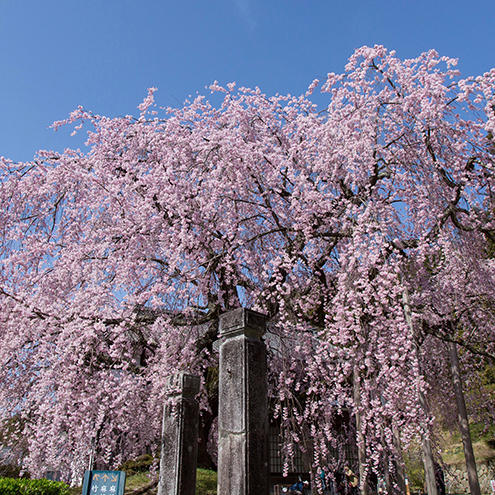 One branch of this sakura tree is said to have between 5 to 10 blossoms. A unique sight, even in Japan. 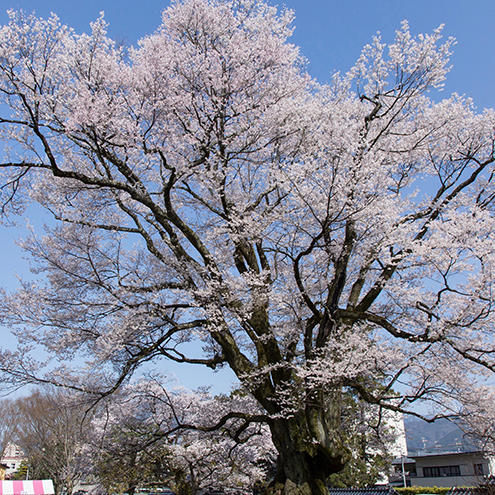 A magnificent sakura tree standing on the ruins of Iida castle. The tree is 20 meters tall and the trunk's circumference is measured at 6.4 meters. 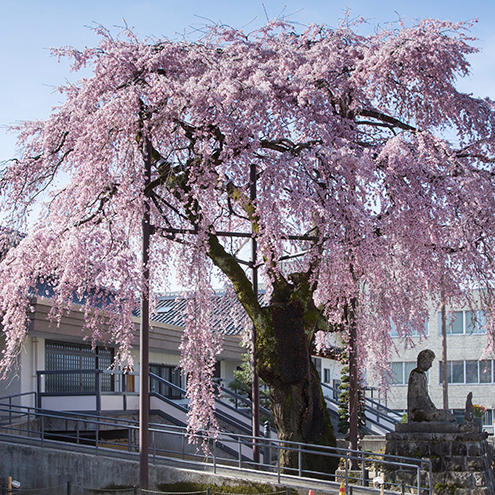 The weeping sakura blossoms bloom in front of the main temple of Senshoji Temple and hang over the Buddha's head. The tree is ancient and the sakura trees bloom beautifully every year. 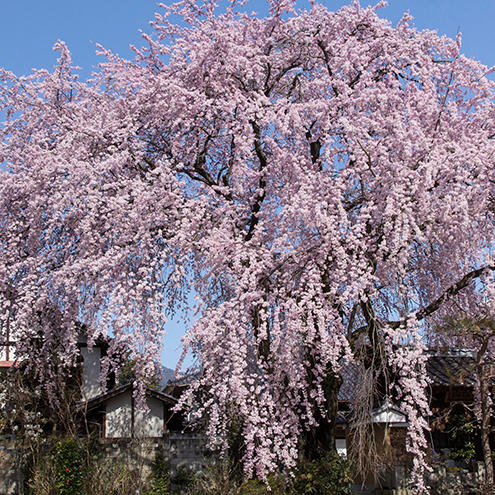 The sakura tree beside the main temple of Kobai-in is 16 meters high, and the branches spread out in all directions. 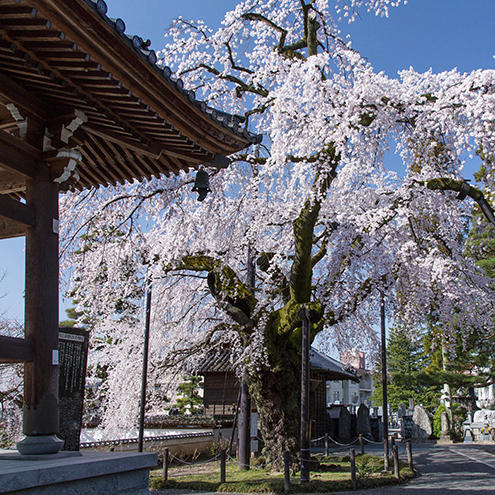 The Weeping sakura was planted in commemoration of the construction of the Kannon-do of Amida-Ji Temple. The branches are shaped and balanced beautifully. 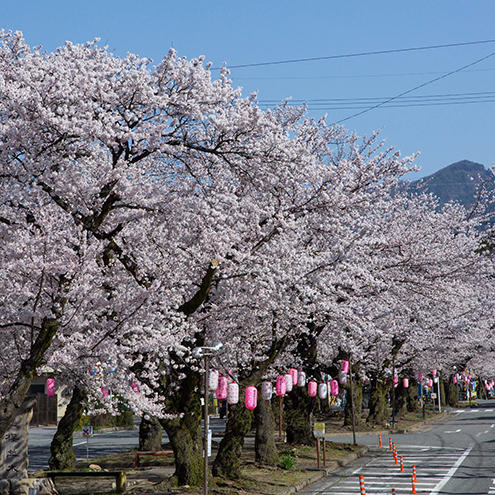 The blossoms on this row of sakura trees have about 150 rare varieties, such as Somei Yoshino sakura and other varieties such as Higan sakura and Gyoiko. The walking path is designed with relaxation in mind. 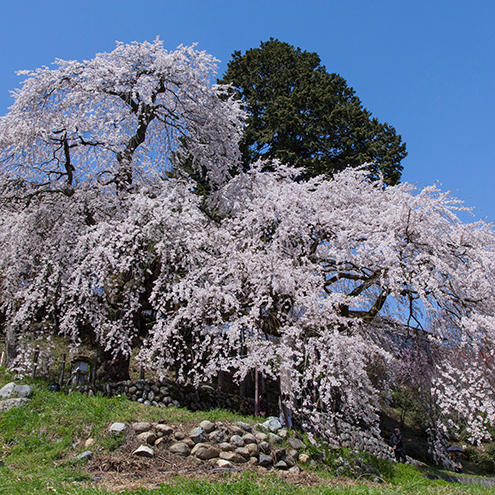 The branches arch over the path, forming a beautiful sakura canopy, making this the top spot in the area. 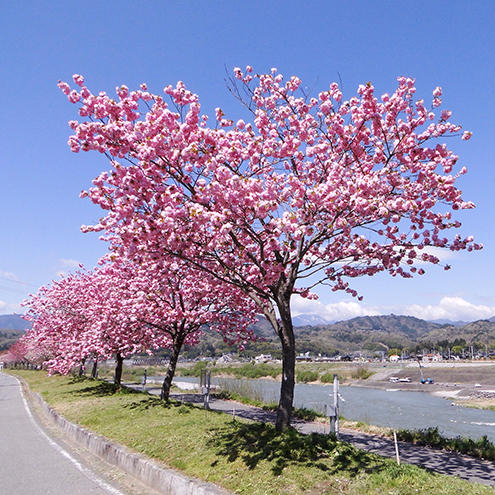 Newly planted about 10 years ago, here you'll find a row of sakura trees that follow along the Tenryu river for 2km. 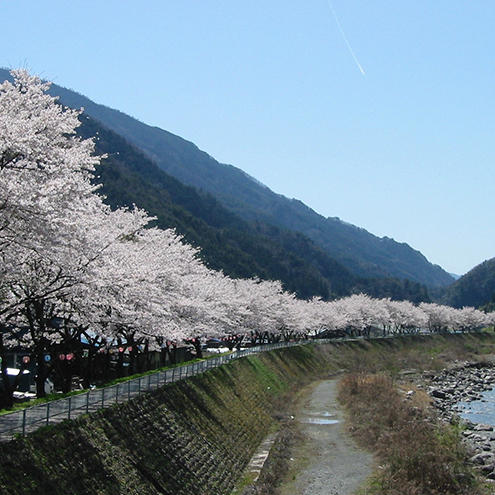 Here you can see over 200 early-blooming sakura trees, that follow along the Toyama River from Kagura no Yu to Toyamago Wada. 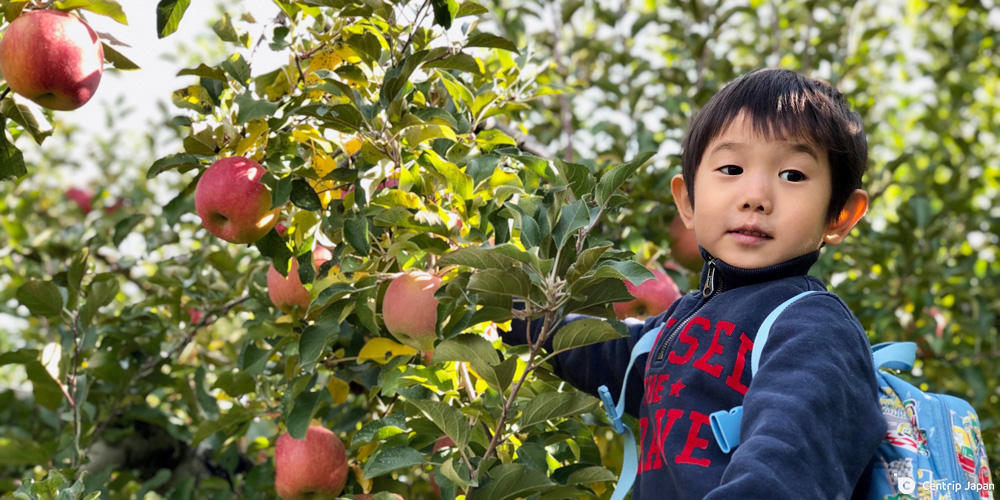 The area is also known for growing fruit, and apples are the symbol of the city. Between winter and spring, you can pick strawberries, and between autumn and winter, apples. Fruit picking can be enjoyed nearly all year round. 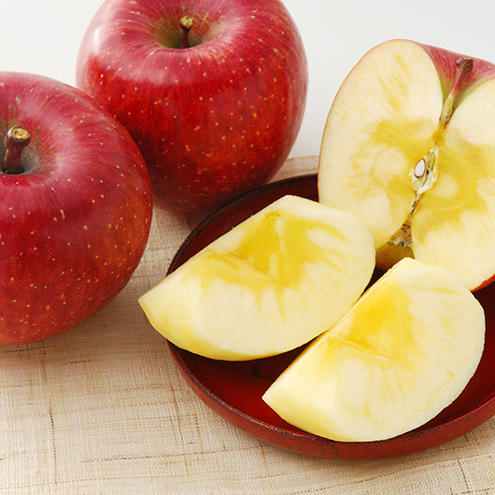 Sanfuji Apples sit on the throne of the fruit kingdom in Iida. Its popularity is attributed to its perfect balance of sweetness and acidity. 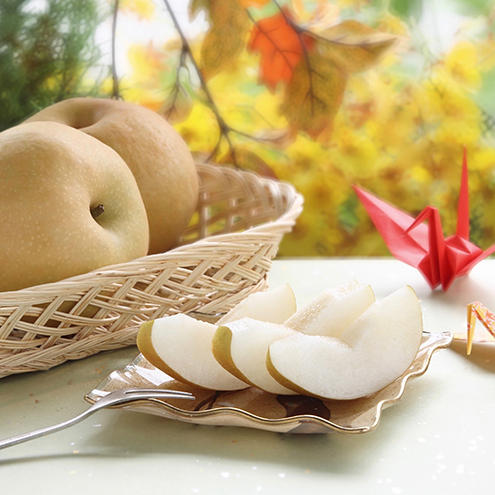 Around mid-August, the Nansui begins to appear on shelves. The Nansui is succulent and sumptuously sweet and stays fresh for a long time. 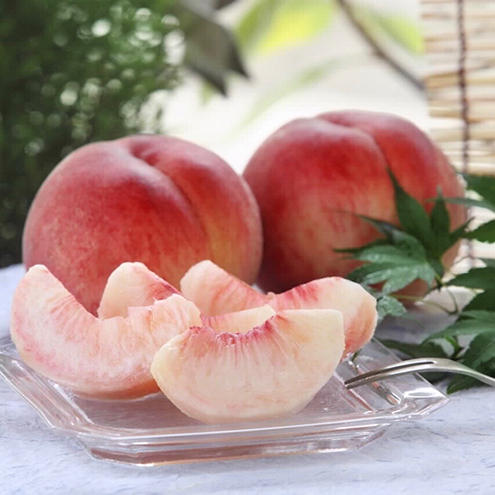 Between July and August, various types of peaches are harvested.

A Myriad of Natural Adventures

Iida is blessed with nature, surrounded by mountains in the center of the southern Alps of Japan. Many sightseeing programs are available that will immerse you in the rich nature of Iida. Try out the rapids with Tenryu River rafting, or mountain climbing & trekking and take in the breathtaking views of the mountain range.

Experience the thrill of the rapids while riding down the Tenryu River, as you pass through beautiful valleys and feel the thrill of avoiding the rocks scattered through the rapids. 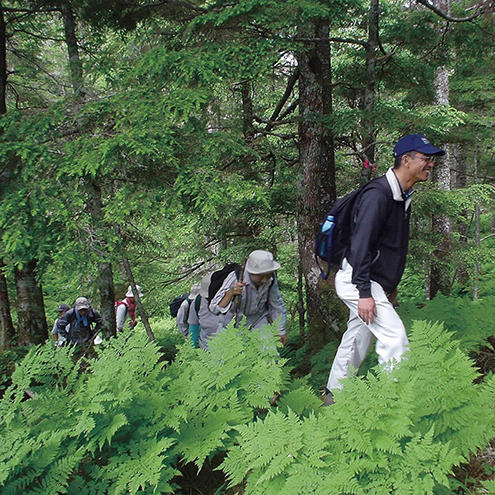 Enjoy mountain climbing in the Southern & Central Alps, then go trekking in Satoyama near Iida, for full nature experience. 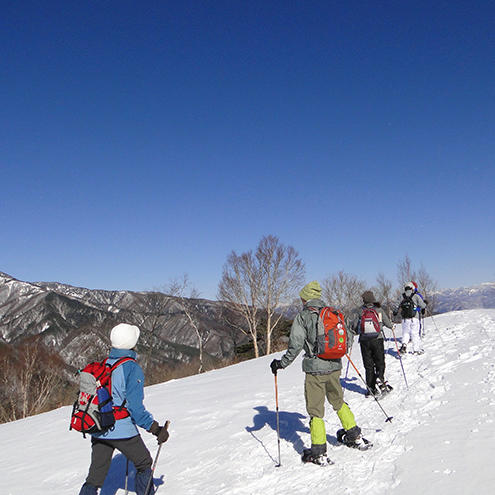 Put on your snowshoes and open the door to a winter wonderland. Look up to the wide blue sky and enjoy the clear weather the area is famous for. 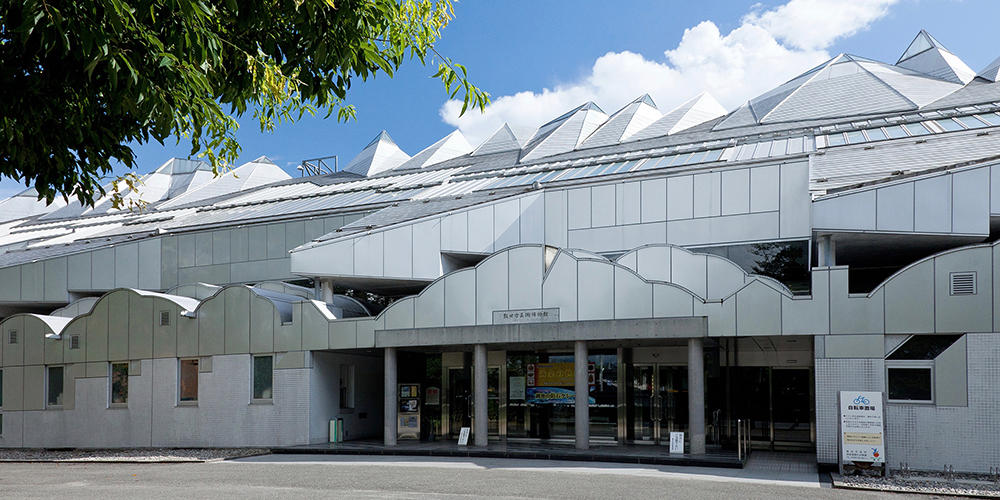 The Iida City Museum of Art is located at the site of the Ninomaru of Iida Castle and strikes a remarkable figure with the mountains of the Southern Alps as the backdrop. Works by Hishida Shunsō, a Japanese painter native to the area, are part of the collection at the museum. There is also an attached facility that acts as a memorial hall for Kunio Yanagita, a famous folk scholar. Attached facilities include a memorial hall for Kunio Yanagida, a well-known folk scholar associated with Iida.

Here, the puppets of Kihachiro Kawamoto are on display. Kihachiro Kawamoto was an animator and puppet designer, known for works such as the puppets in NHK's Romance of the Three Kingdoms. The Iida Puppet Theater Festival is held every year to celebrate the history of puppetry in Iida, and this museum is a representation of old tradition living on in modern times.

A Cornucopia of Local Cuisine 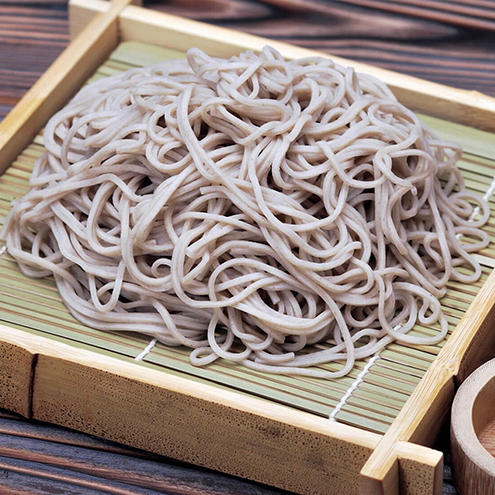 Soba is a food that has long been made in the mountains and is still eaten to this day. Its delicious flavor is attributed to the clear waters of Iida. 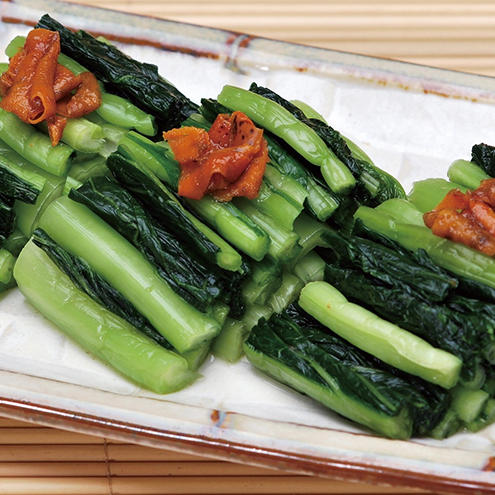 Nagano's tradition of eating pickled vegetables is seen not only during meals but also during tea time. Turnips pickled in early winter are a specialty of this area. 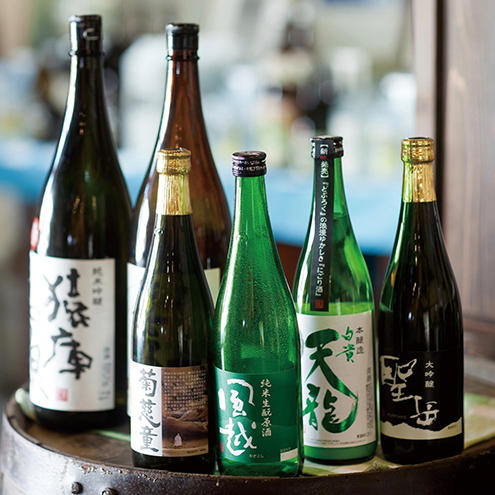 Kikusui is a sake brewery in the Iida area that provides the local favorites of dry sake and locally grown sweet potato shochu. 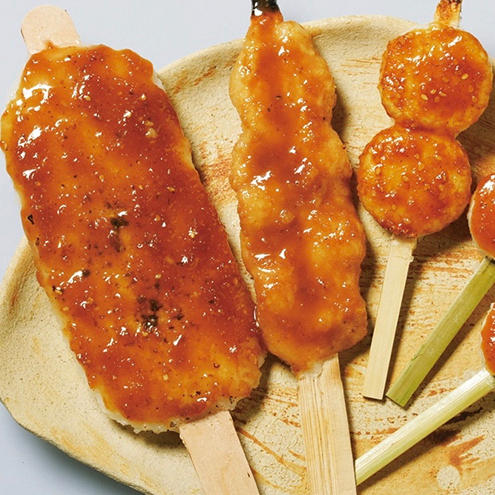 A taste of home for visitors. Draped in a sauce containing walnuts, sesame, and pepper. 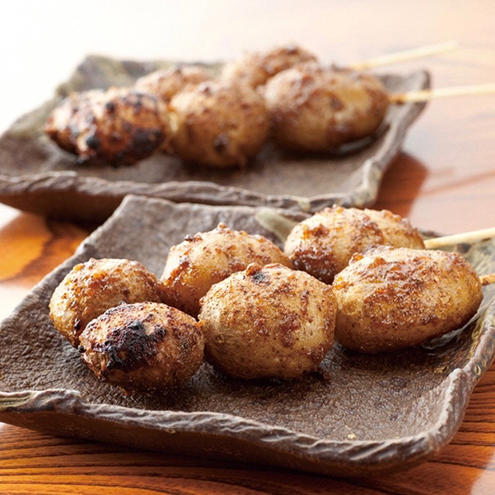 This traditional vegetable is grown in Shimoguri, Iida City. They are small and the flesh is firm. Try a bite at Imodengaku. 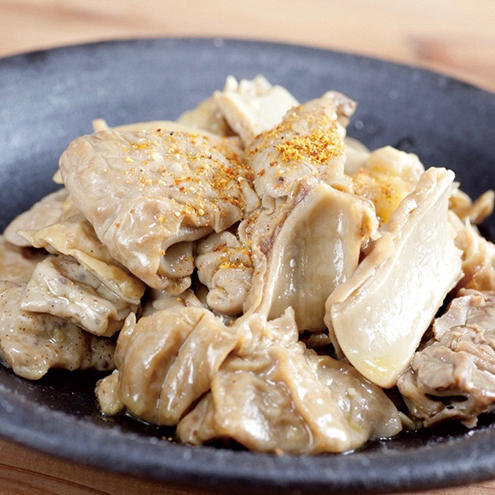 This local dish, of horse intestines, is stewed with care, and often eaten as a snack with sake at a Japanese bar (Izakaya). 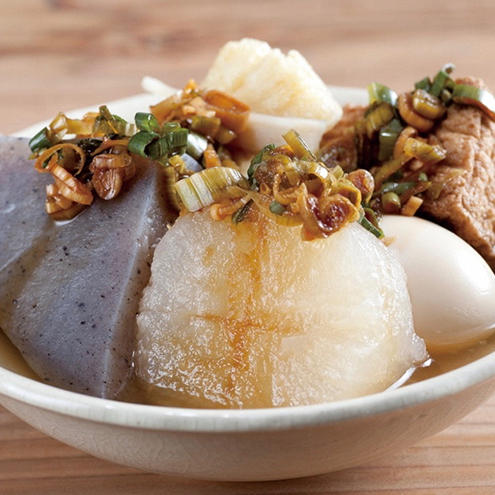 Once introduced on TV, this dish became famous all over Japan. The number of green onions and seasonings vary by taste. 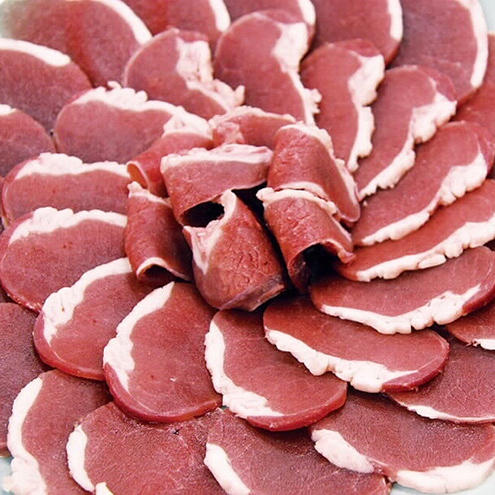 Delectable dishes made from the meat of wild deer, boars, and bears. Iida has a culture of hunting that still thrives today. Here you can find many dishes that contain fresh game meat. 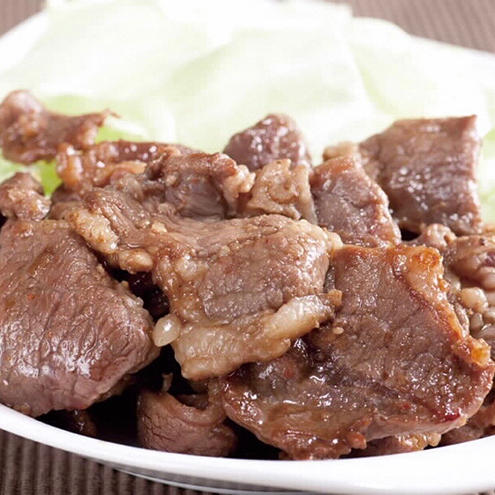 The consumption of mutton is common around Iida. Seasoned mutton is very popular and this dish is called Toyama Genghis.

Iida is a fascinating city, surrounded by the natural beauty of the Japanese Alps, with a culture that combines the charms of north, south, east and western Japan.