"I haven't booked a plane ticket or a hotel for the sakura season (from late March to early April). Will I miss the Japanese sakura season this year?"
You still have a chance! There are many sakura varieties in central Japan that do not bloom until the end of April to early May. Centrip Japan has selected 9 hot spots where the sakura will bloom at the end of April to early May, such as Takayama, Kurobe, and Kanazawa Castle. Enjoy Sakura in a more relaxing way! 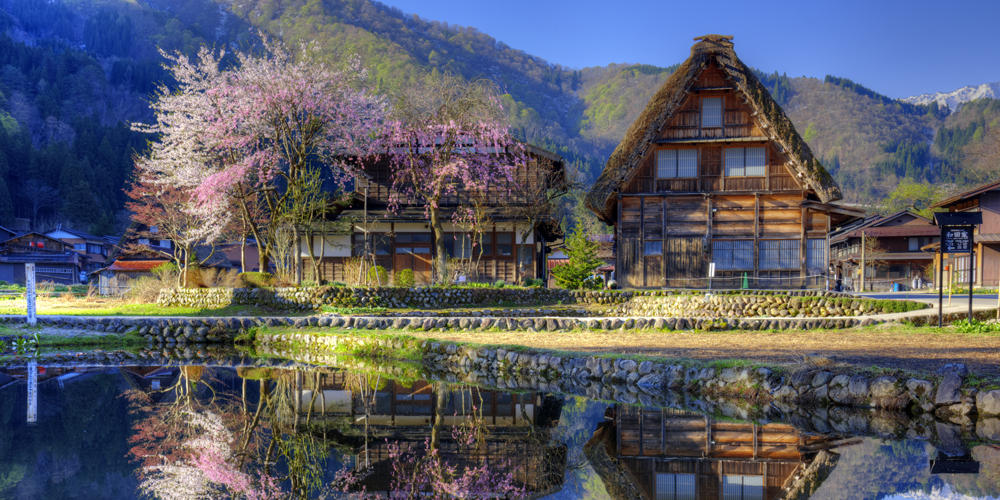 The sakura are popular in Shirakawa-go, owing to the terrain features and temperature. The sakura trees in Shiragawa-go do not bloom until mid-April to early May. Here the sakura are not found throughout the hills around the town but on the perimeters of the traditional gassho-zukuri farmhouses in the village. The gassho-zukuri dotted with blooming sakura is a sight not to be missed!
In addition to the sakura, it is also Asian skunk-cabbage (Lysichiton camtschatcensis) season here. 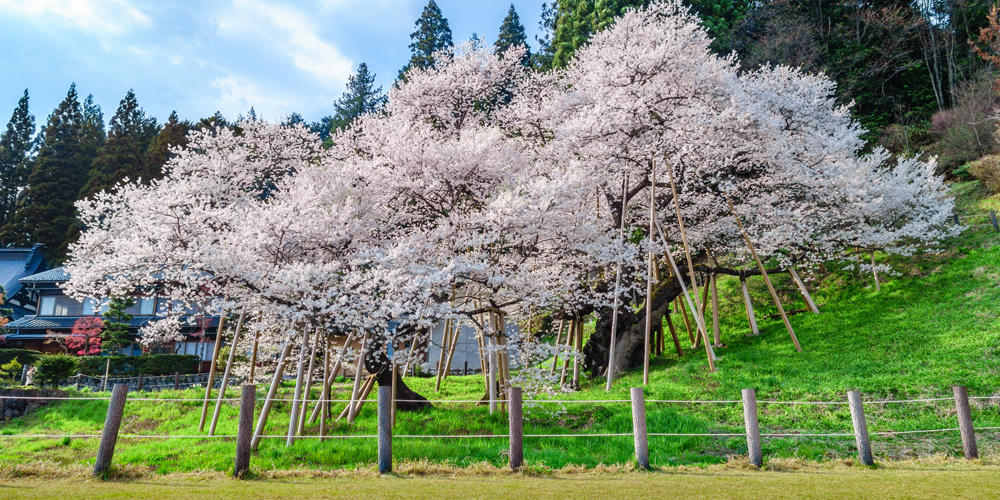 "Garyu-sakura" is near a hot spot, Takayama. It only takes 8 minutes by car from JR Takayama Station. Its name comes from its appearance, of a lying dragon(Garyu). And it is also designated as a National Natural Landmark. This variety is called Ido Sakura, and the age of the trees are over 1,100 years. The branches are about 30 meters long and about 20 meters high. The sight is spectacular.
After surviving a crisis of death, the Garyu-sakura continues to show their impressive beauty to all their visitors.
Every year, Garyu Park holds a 3-week Sakura Matsuri starting in mid-April. 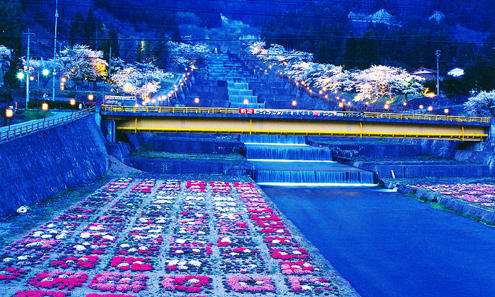 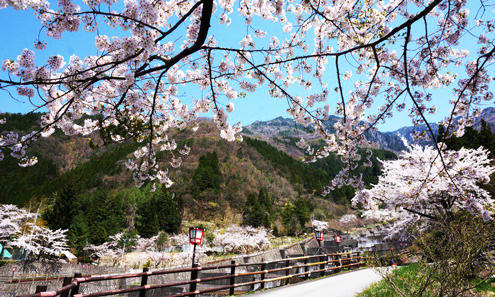 Tochio Onsen is in Okuhida Onsen Town. The Sakura here blooms in late April, one month later than in the lower regions. The most gorgeous ones dot the banks of the river and, when the light of blooming sakura tints the moss on the river banks, it becomes a scene of breathtaking beauty.

At night they light-up the sakura, and you can enjoy a marvelous display very different from the day. 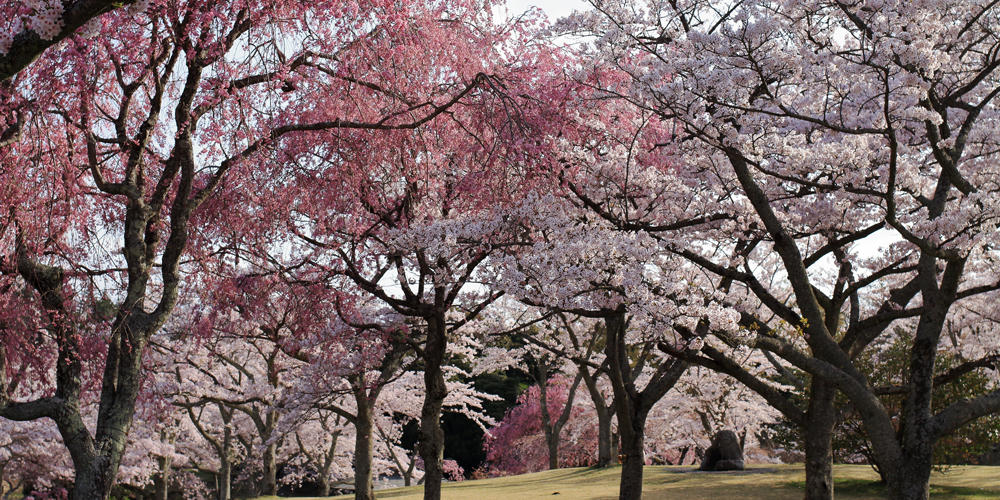 Sakura-no-Sato is located in the foothills of Omuroyama, Ito, Shizuoka. It covers an area of about 4 hectares. There are about 40 species and 1,500 Sakura trees. It is also one of Japan's top 100 Sakura viewpoints. 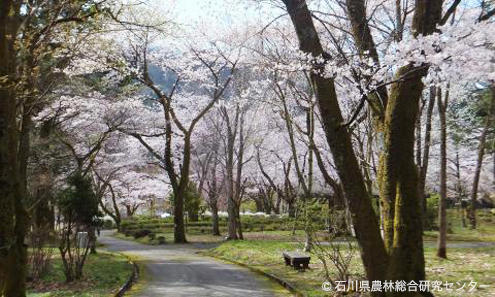 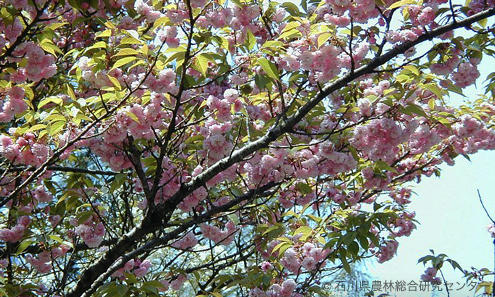 Ishikawa Forest Park is a park contains over 800 varieties and 15,000 trees, including sakura trees! There are about 130 kinds of Sakura and 900 trees including Somei-yoshino, Yama Sakura and others. It is the 4th most popular sakura viewing spot.
There are also many different viewpoints, such as Lawn Square, Japanese Garden and others. 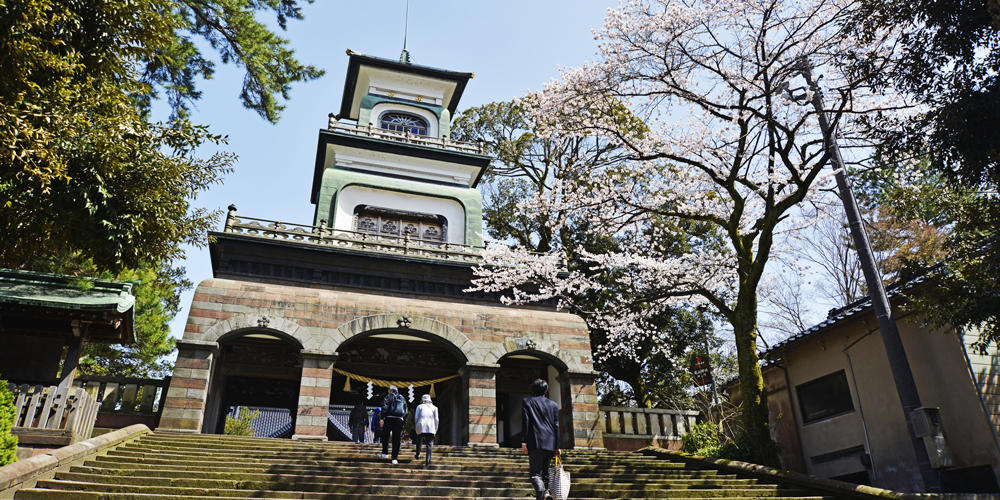 Since Oyama Shrine is close to Kanazawa Castle and Kenrokuen, it is very easy to visit them all in the same day. 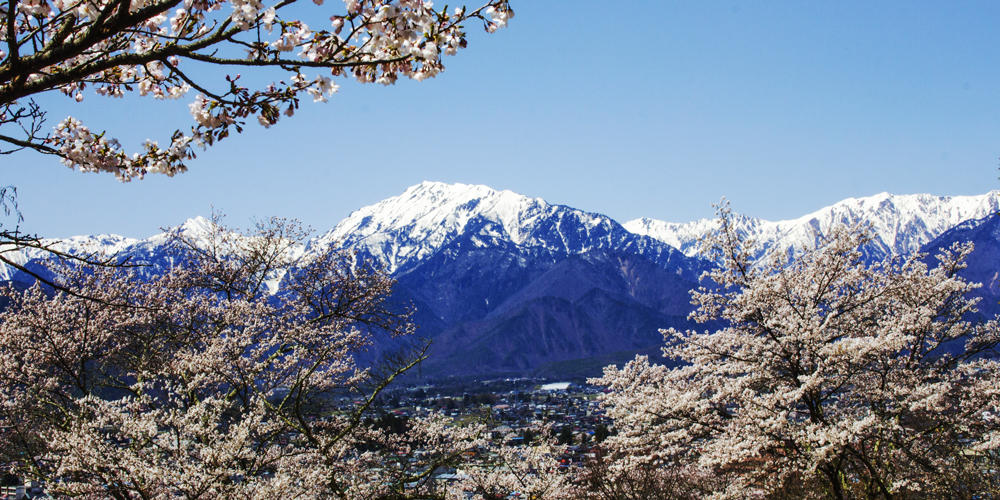 Omachi Park is located near the popular destination Kurobe Tateyama. It features views of Sakura and the Northern Alps, spotted with snow. There are 64 Sakura trees there. From mid-April to early May the Omachi Sakura Matsuri with night-time illumination is held every night.
In addition, the Omachi Cemetery is also a popular sakura spot. 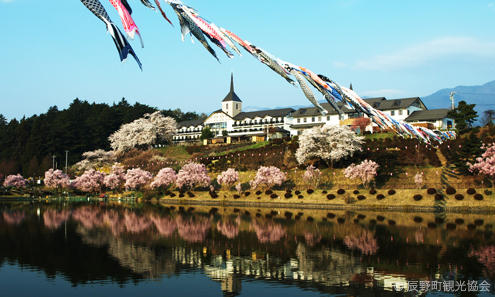 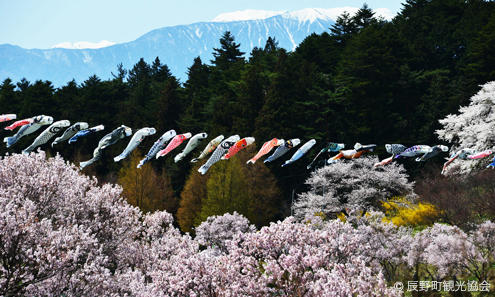 The Kojinyama Park features a large green pool, which is one of "100 Ponds in Japan". There are more than 800 Sakura trees, such as Itosakura and Yoshino Sakura, growing around the pool. Add to that 130 Koinobori (carp streamers) flying above the pool, what a spectacular view!
Walking against "Sakura Tunnel" around the pond, you can enjoy the beauty of the sakura's reflection and Koinobori at the same time. 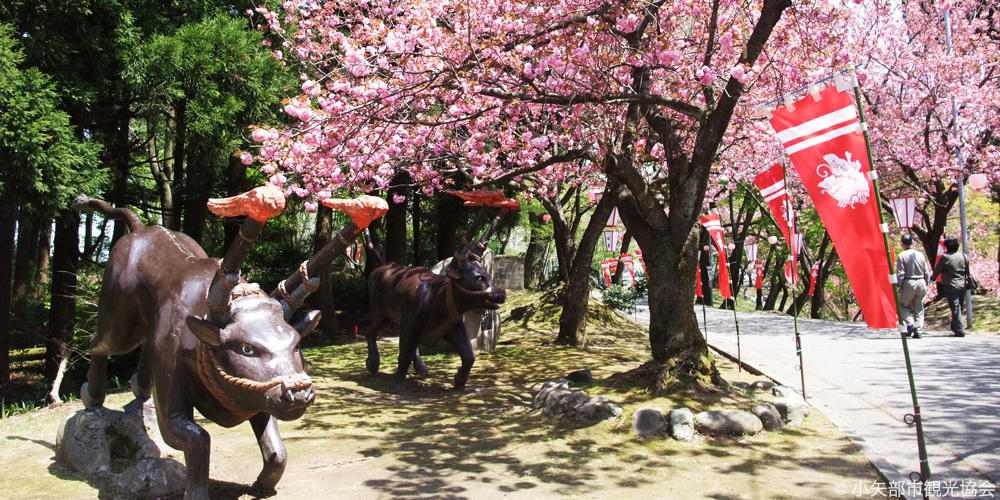 Kurikara Park was a well-known ancient battlefield, and there are historical monuments such as Kurikara Fudoji Temple. Every spring, about 6,000 sakura bloom at the same time. It is the second most popular sakura spot in Toyama Prefecture.
"Yae-zakura Matsuri" is held on 4/28-5/5. 200 At night lanterns are set alight creating a dreamy atmosphere for Yae-zakura.

At Yakuyoke no Nenbutsu Akamochi event, you can exorcize your bad-luck and is held between 4/28- 4/29 in Kurikara Park. You even can get a red rice cake after joining the event.

Although the Japanese Sakura Season is concentrated at the end of March, due to variety and topography, the period for blooming quite long. Centrip Japan has selected a series of Sakura which blooms late in central Japan. You can make your travel plans, set your own schedule, and choose your transportation depending on which sakura you want to see!