Hida Takayama is surrouned by the mountains of Gifu. The town is full of must-see locations. From the old town of Sanmachi and historical government house that date back to the Edo period, to the lively morning markets along the riverside where you can have your pick of streetfood and taste the local Wagyu known as Hida Beef. The city has a proud tradition of craftsmanship making it the perfect place to get some souvenirs, like yew wood carvings, lacquerware, and handmade dolls. Whatever you are looking for Hida Takayama has an answer for you. 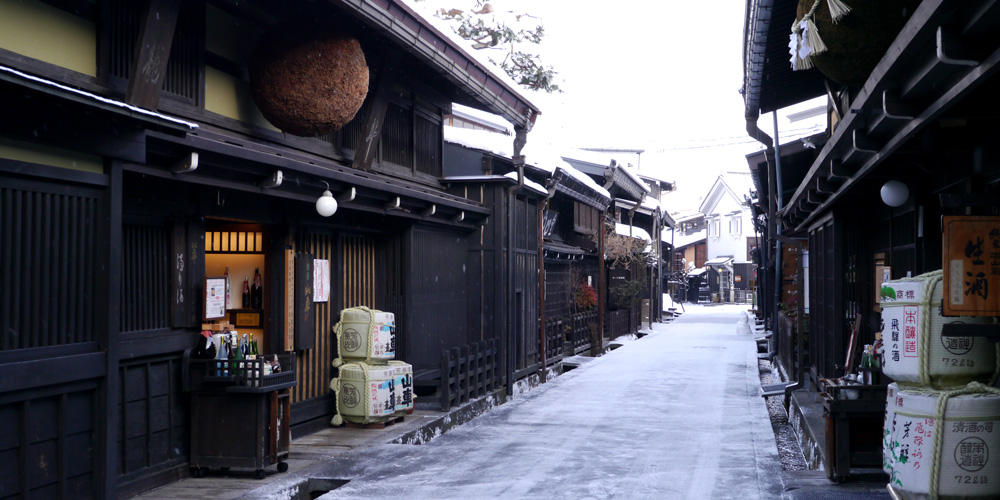 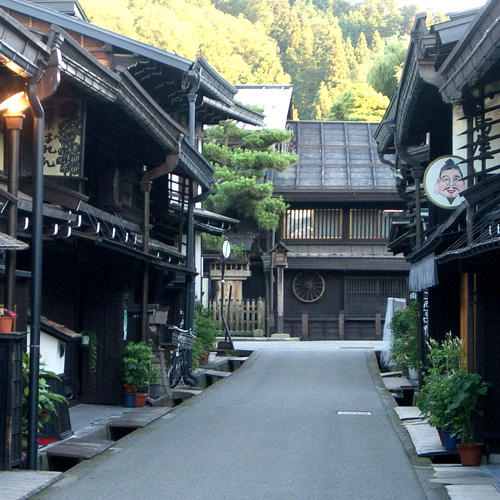 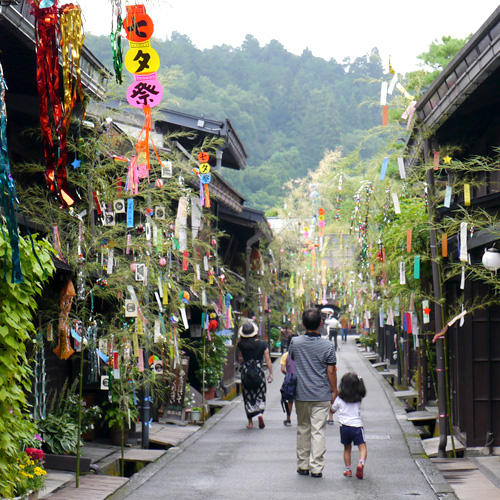 The chuushin (中心/center), the kamimachi (上町/The upper part of a town), and the shimomachi (下町/the lower part of a town) streets of the Jyoka-machi (城下町/a castle town) are widely known as the "Sanmachi 三町".
There are old shops, traditional townhouses, and sake breweries with "sakabayashi" (酒林 - a cedar ball hung near the front door to signal to customers that the brewing has started) hanging down at the entrance of the breweries. Under the eaves of the old Japanese-style windows is a little stream, which may be a familiar sight to the residents from back in the old days.

We recommend you to go on a little adventure around the town with a "mitarashi dango" (みたらし団子/rice dumpling coated with a soy-and-sugar syrup), or a Hida beef sushi in your hands as a snack. Enjoy your one-day trip back to the Edo period! 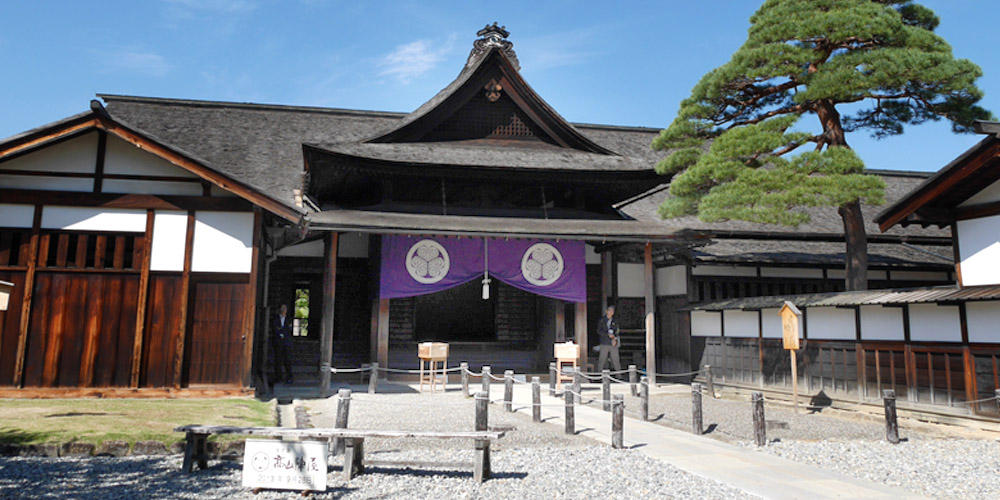 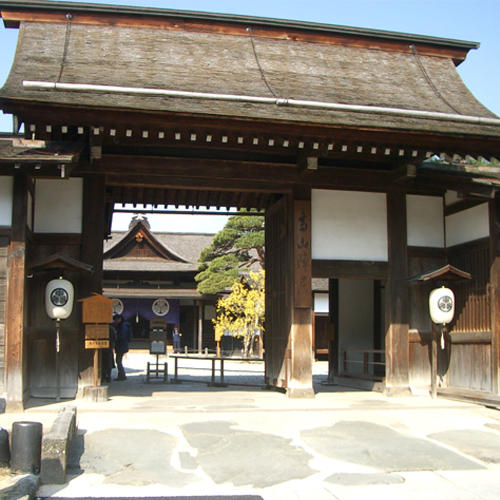 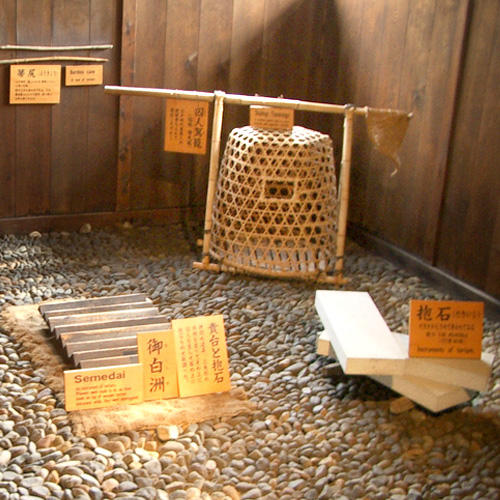 The Historical Government House once belonged to Kanamori as a villa, though after Hida came under the control of the Tokugawa shogunate, the magistrates from Edo made the house into a political base. The only government office (called "Jinya" at the time) back from the old days which you can still find in Japan today, is right here in Takayama. 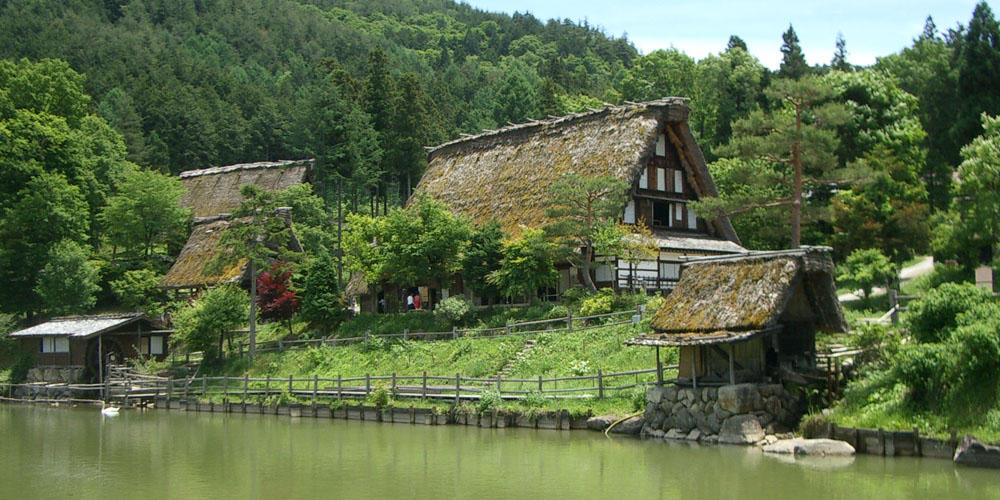 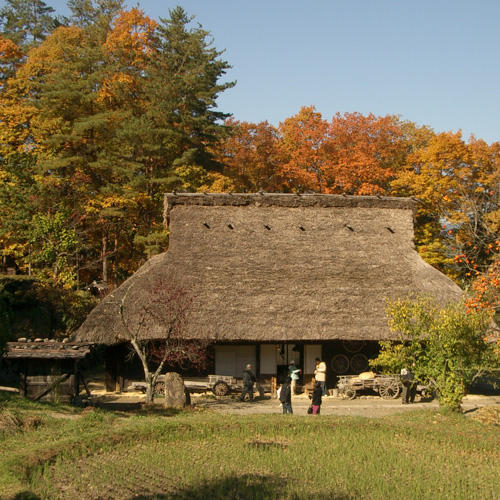 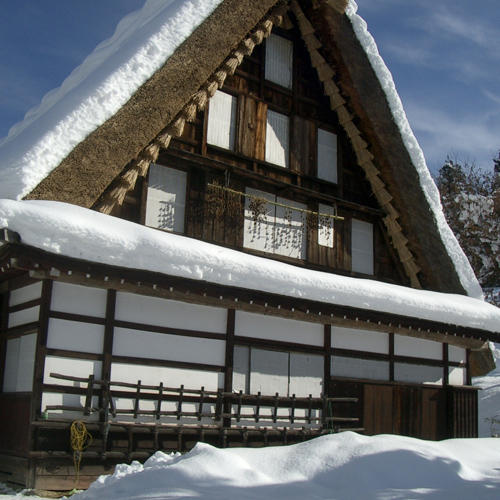 The museum displays a mountain village formed by more than 30 old houses representing Hida. The houses have rafter roofs and lumber roofs that protected the people from heavy snowfalls.

Not only are the tools that were used in people's daily lives displayed in these houses, but demonstration performances of straw works, quiltings, and more are performed as well. 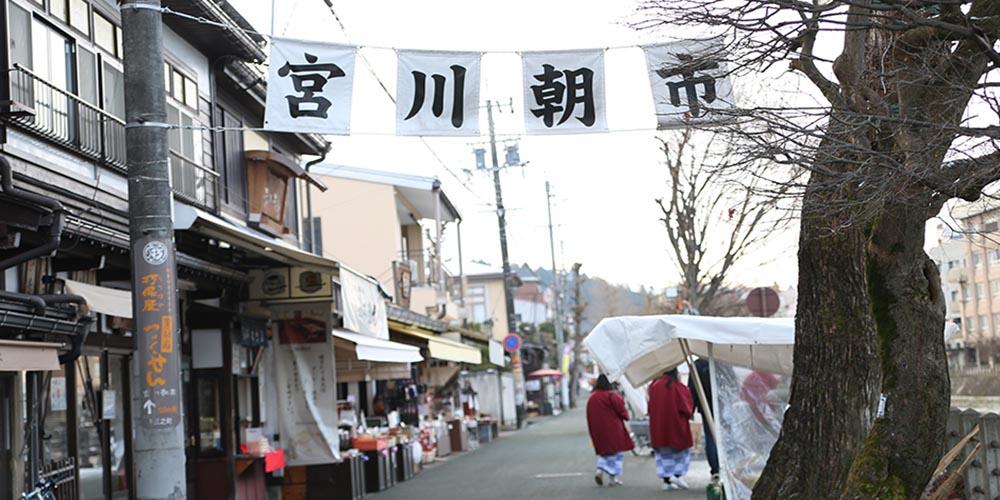 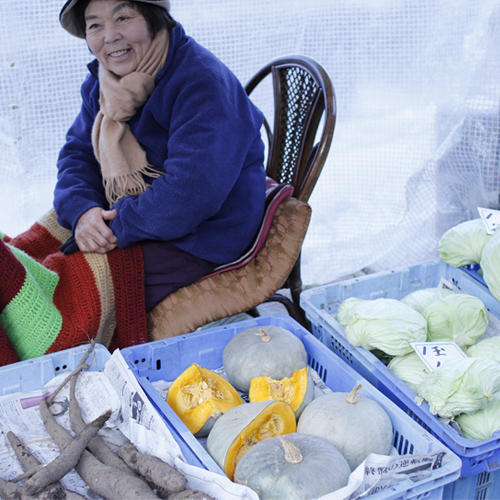 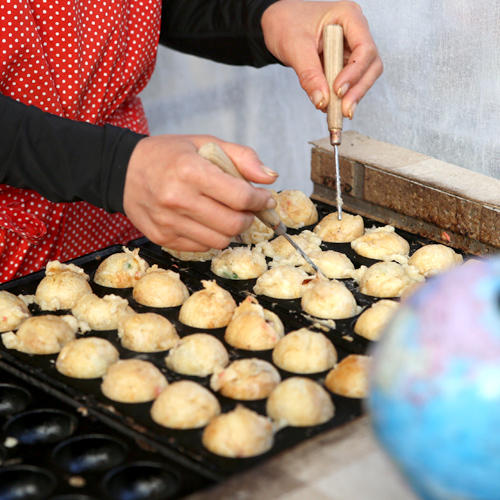 Back in the Edo period, the area flourished as a market selling flowers, rice, and more. Later during the Meiji period, the wives of the farmers began to sell vegetables in these markets, which eventually developed into the morning market we are familiar with today.
There are two morning markets: one at the plaza in front of the historical government house, and one along the Miya river.

You can find seasonal vegetables, fruits, and flowers at the market. Get a sense of the local lives by listening to the dialect of Takayama and the down-to-earth conversations of the local residents visiting the market.

5. Takayama Museum of History and Art 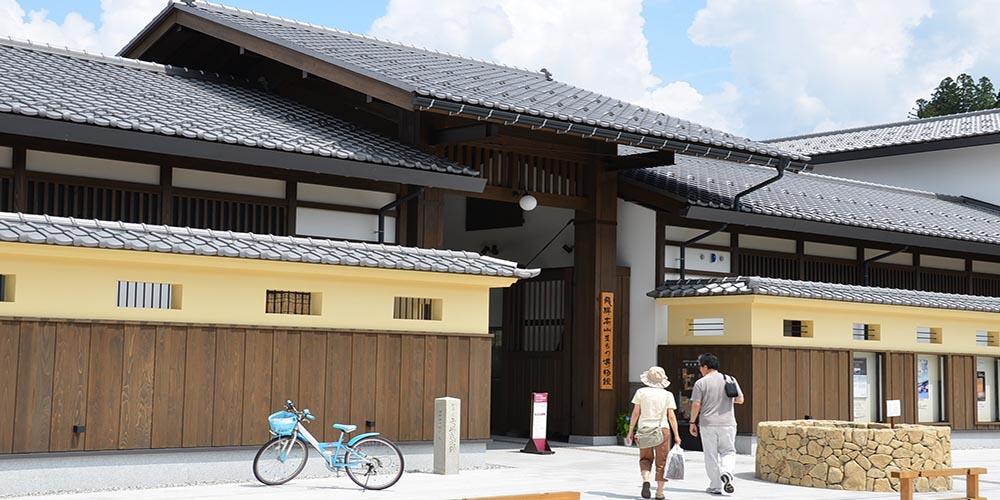 The museum introduces the inherited cultures and origins of Takayama, featuring the charms of a castle town. This gets a very strong recommendation from us. A different theme is set for each of the 14 exhibition rooms, such as the Takayama Festival, the origin of the town, famous people related to the area, the arts, Enkū (円空/a famous artist/monk) and more .

The garden surrounded by the historical landmarks, the trickling sound of water drawn from the well, and the lamps beautifully made from glass, all serve to ensure a pleasant and relaxing time for you. 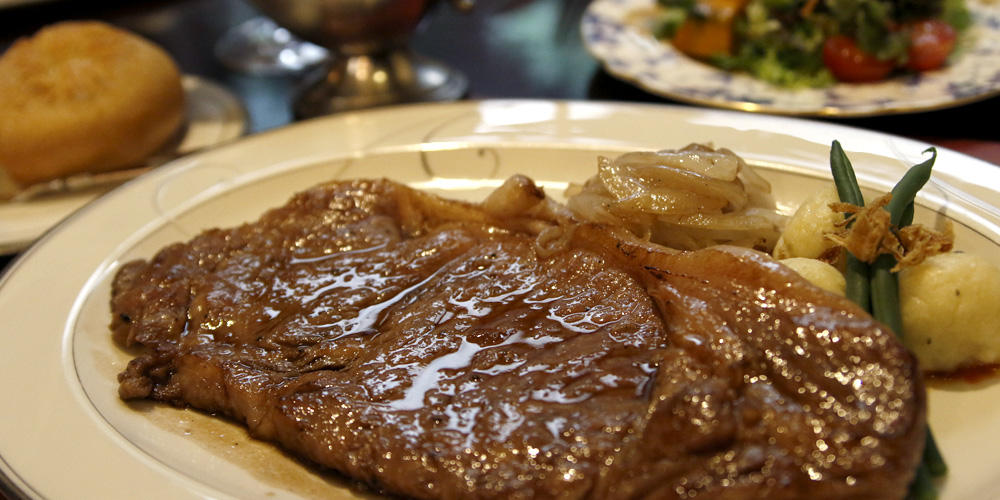 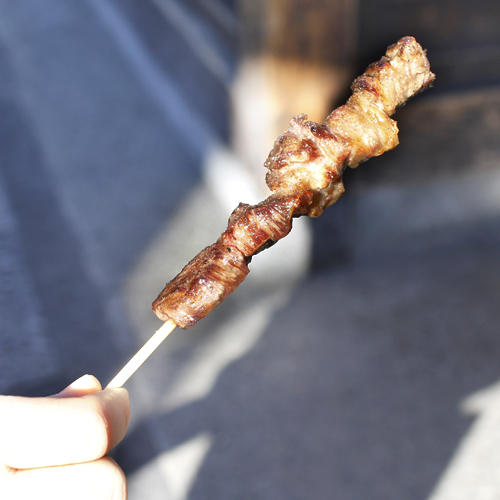 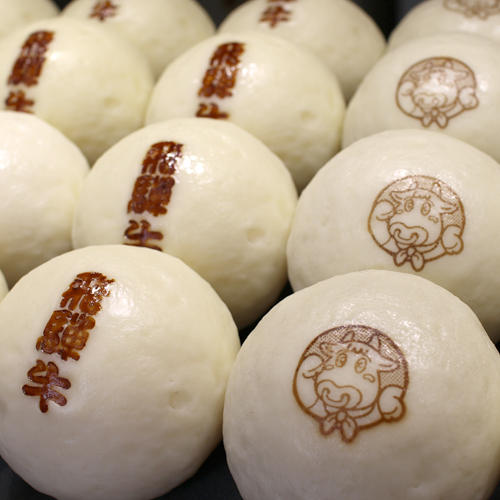 Savour the melting taste of the Hida Beef - made with pride, perfect in both quality and taste. It can be used to good effect in both Japanese and Western styles (such as steak, sukiyaki and shabu-shabu). 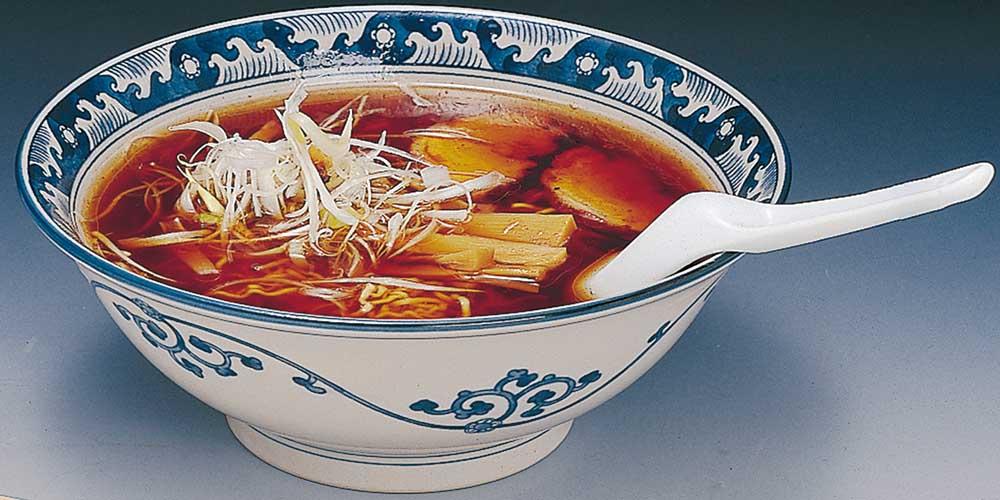 The simple combination of the soup made based on soy sauce, and the thin, frizzy noodles, are what makes Takayama Ramen so popular.

Not only is Takayama ramen loved by the local residents (who call the ramen "Chinese noodles"), but has fans all over Japan. It is one of the foods that best represents Takayama. 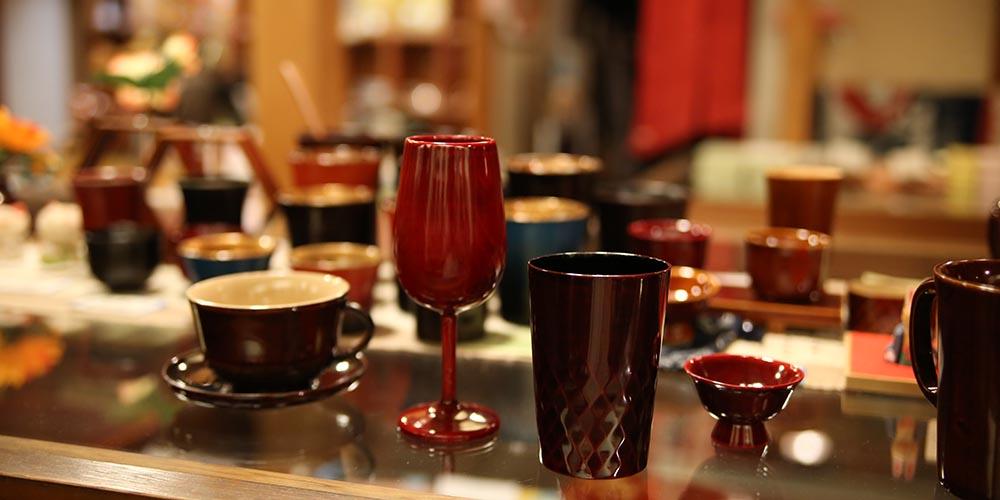 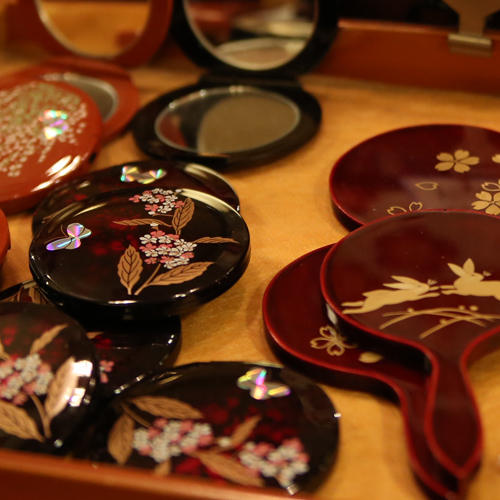 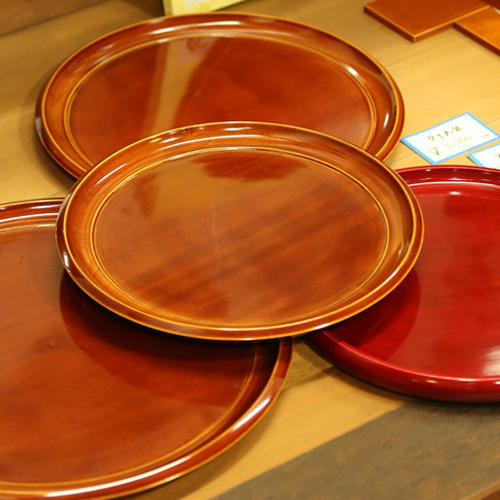 The roots trace back to 400 years ago, when San-emon Narita, a lacquer worker, coated a tray offered by Kizaemon Takahashi, a chief carpenter, with clear lacquer.

The lacquer coating technique that beautifully brightens up the surface of the sensitive wood in gold is splendid. You will never get tired of looking at this artwork! 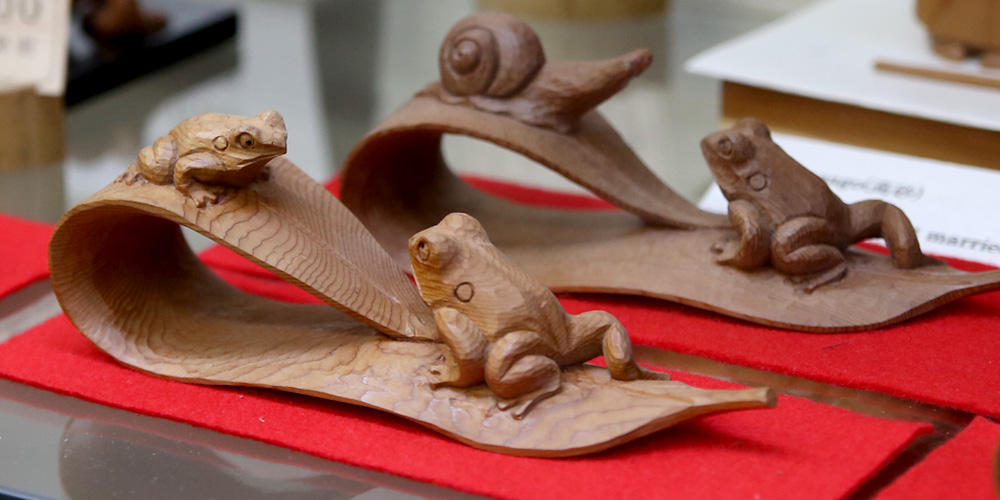 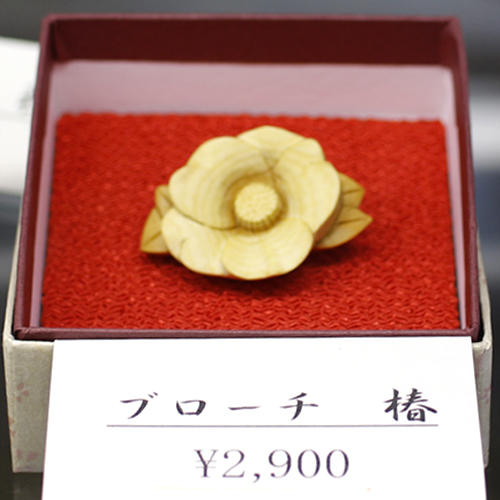 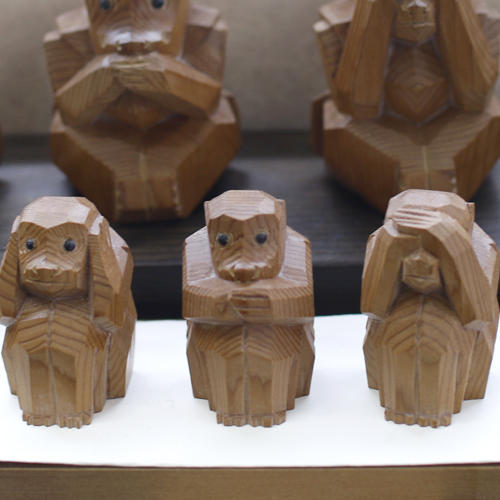 The origin of the Yew Wood Carvings dates back to the end of the Edo period, when Ryōchō Matsuda applied the Netsuke Carving to the yew, and omitted the process to color it, leaving it bare. The carefully selected wood, which goes through 6 processes to change its form, is said to increase its gloss the more the years pass by. 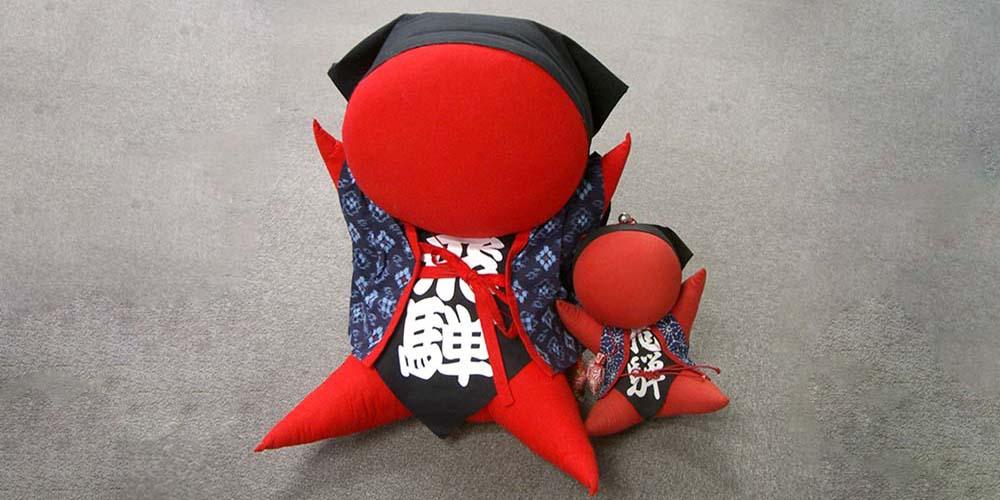 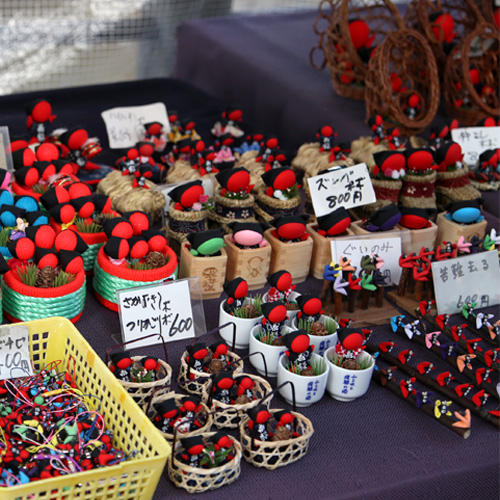 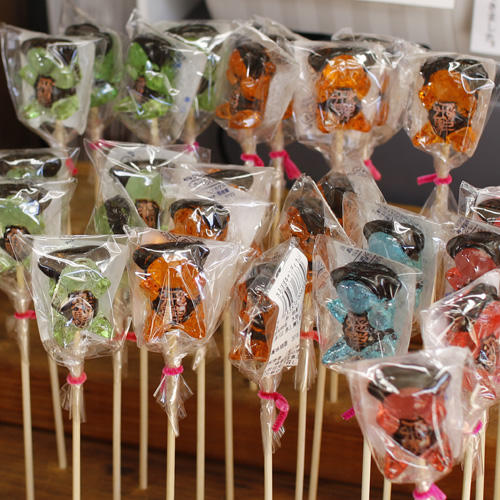 Sarubobo (meaning a baby monkey) was a stuffed baby monkey made by mothers to wish for their children's happiness.You can find Sarubobos in a variety of colors and sizes while walking on the streets of Takayama!

You can reserve hotels purchase tickets for public transportations and entrance tickets, and receive Japan Rail Pass at the Central Japan Travel Center. Since the JTB, a professional travel company, runs the Central Japan Travel Center, you can also receive information regarding other tickets if necessary. JTB provides help in English, Chinese, and Korean. Credit cards and free Wi-fi are also available.

What did you think? Make sure to jot down these spots before going on a trip to Takayama!